The U.S. Geological Survey has detected another seismic event near the cluster zone of earthquakes that began Saturday afternoon.

The undersea earthquake on Sunday at 10:51 p.m. had a magnitude of 4.3 and its epicentre was located just kilometres from five other earthquakes that happened on Saturday and early Sunday morning.

The site of the cluster zone is about 186 kilometres southwest of Bella Bella, northwest of Vancouver Island, and where the Juan de Fuca plate begins to meet the North American tectonic plate. The latest event had a shallow depth of 13.6 kilometres.

The last five earthquakes are believed to be aftershocks to the first earthquake on Saturday at 2:54 p.m. measuring magnitude 4.3. This led to a series of other earthquakes in the area, beginning with the magnitude 5.1 event later that evening at 6:57 p.m. 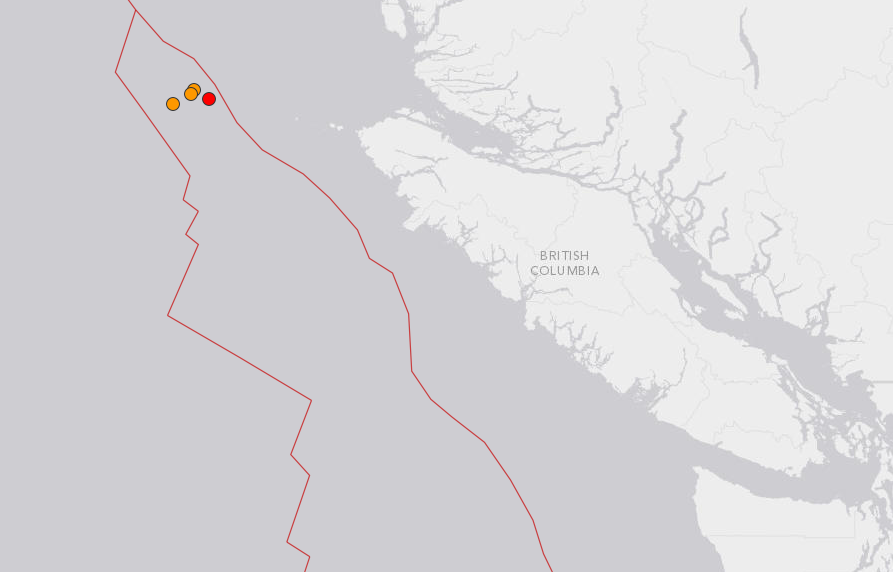