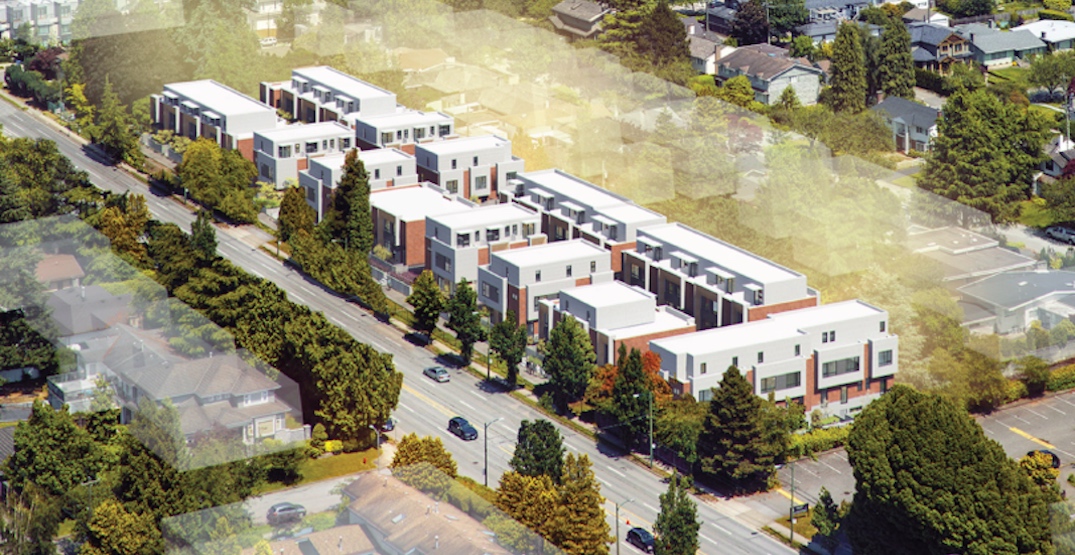 A development application has been submitted by WT Leung Architects to redevelop a land assembly of nine single-family lots, located mid-block along the east side of Oak Street between West 49th Avenue and West 46th Avenue.

Unitarian Church is located immediately south of the development site at 6250-6410 Oak Street, which has a lot length of 558 ft.

The proposal calls for 13 three-storey multiple dwelling buildings containing a total of 63 townhouses. The overall complex is organized around an internal T-shaped spine.

The existing properties have been vacant and fenced off for several years in preparation for development. City council approved the project’s rezoning application in April 2019. 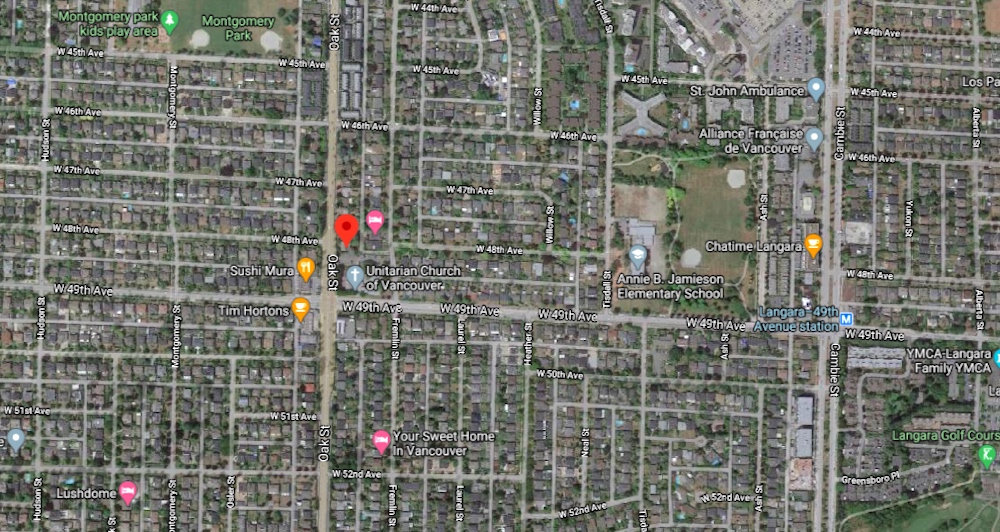 Each building will have between three to eight townhouse units with landscaping between, such as mews, gardens, and private yards. This effectively retains “some of the scale of the single-family home buildings and open space that will continue to surround the development.”

There will be a north-south internal pedestrian mews, plus a wide east-west statutory right-of-way public pedestrian corridor that is aligned with West 47th Avenue to the west.

“The architectural design strategy assigns distinct materials to a kit of parts used for each cluster while also alternating cluster orientation from north south to east west and back again,” reads the design rationale.

“This mitigates what could have been repetitive rows of townhouses and presents a controlled variety of façade treatments along Oak Street and within the central circulation spine.”

This site along Oak Street is within the city’s Cambie Corridor Plan, which calls for townhouses along much of the length of Oak Street, except for several key intersections where higher density is permitted.