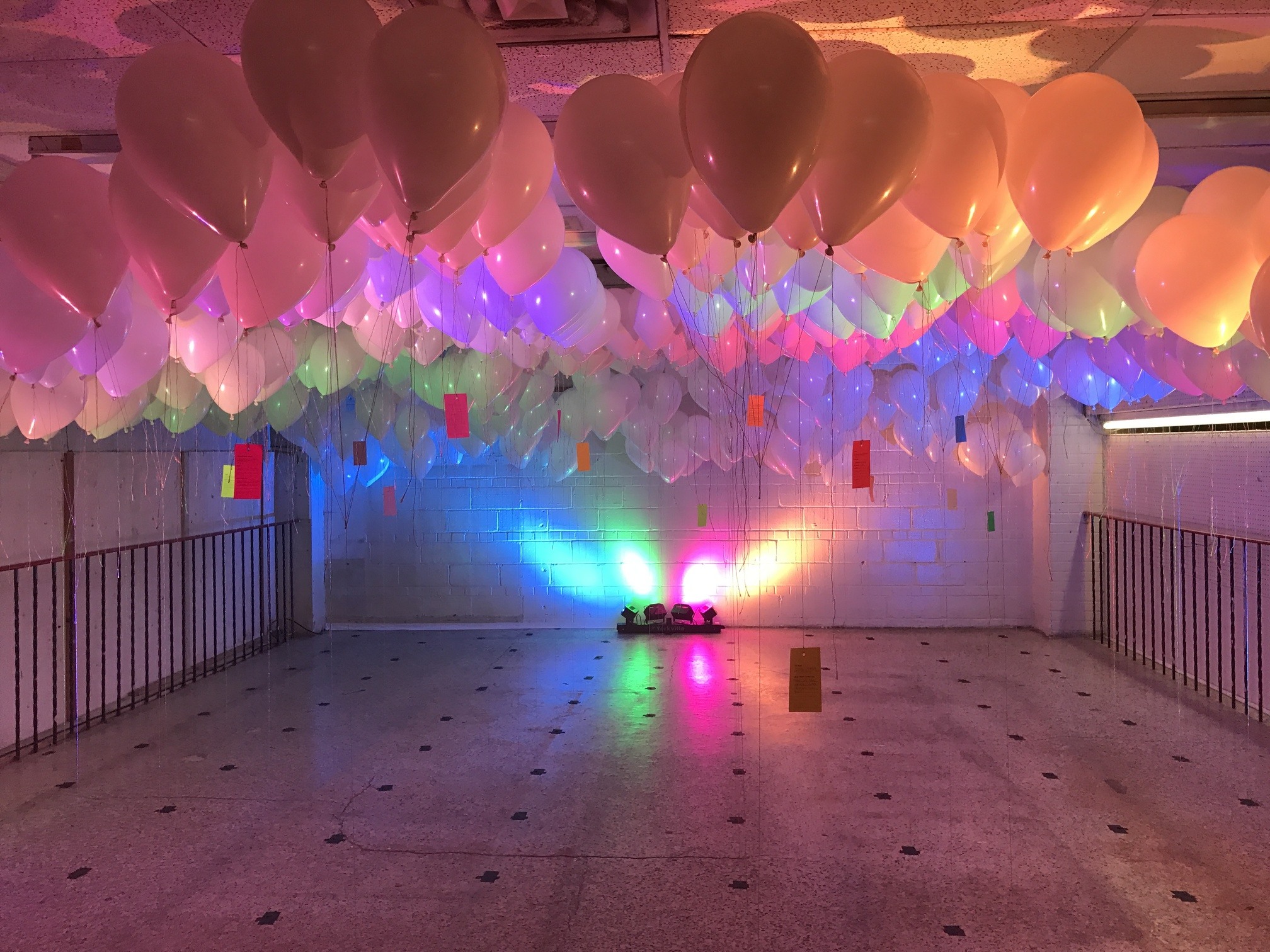 A 25-storey office tower at the intersection of West Hastings and Seymour Streets is the latest proposed addition to Vancouver’s office tower construction boom.

601 West Hastings is located at the northwest corner of the intersection where an outdoor plaza with a glass dome currently exists. 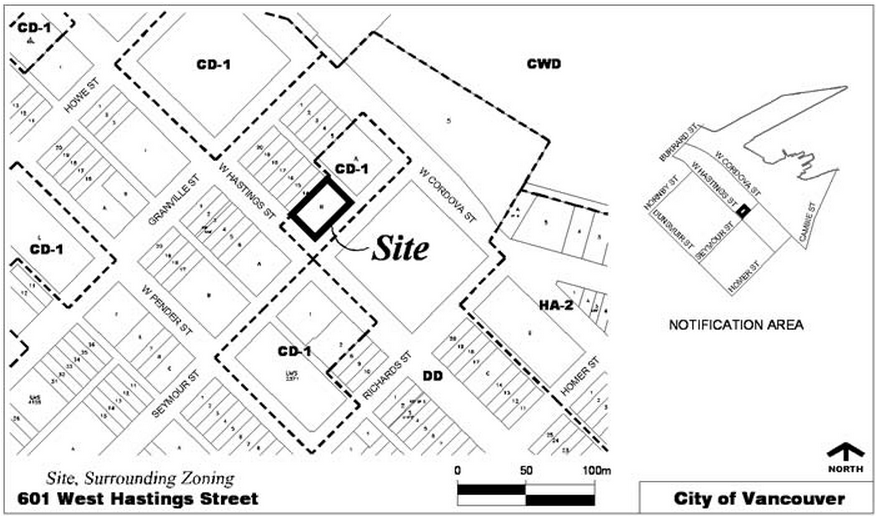 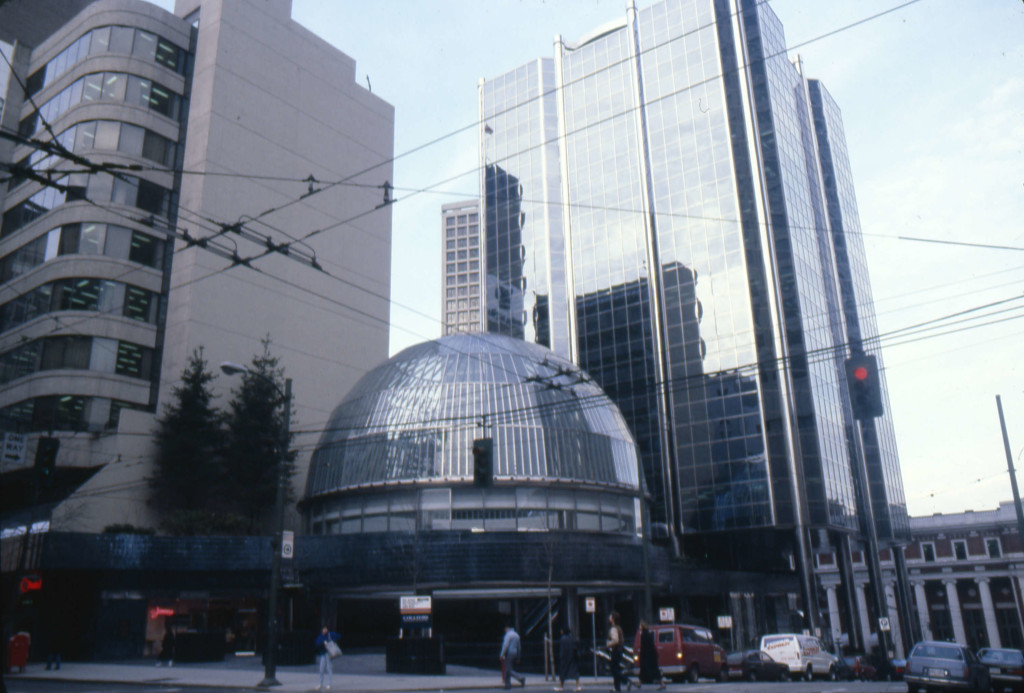 According to the rezoning application, the proposed 357 foot (108.8 metre) tall office tower will have a total floor area of 227,000 square feet including 3,627 square feet of ground level retail space.

Other significant office projects that are currently under construction include Telus Garden (Telus HQ), the MNP Tower, office space above Nordstrom, The Exchange Tower, 745 Thurlow Street, and the office building at Marine Gateway in South Vancouver.

The recent increase in office space in downtown Vancouver comes after year’s of rapid growth in the cheaper suburban office market. However, many companies and their employees prefer working in downtown or within proximity to the city centre. 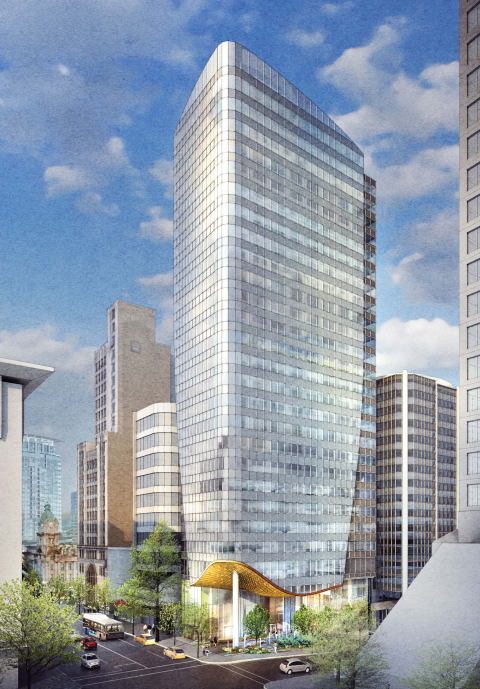 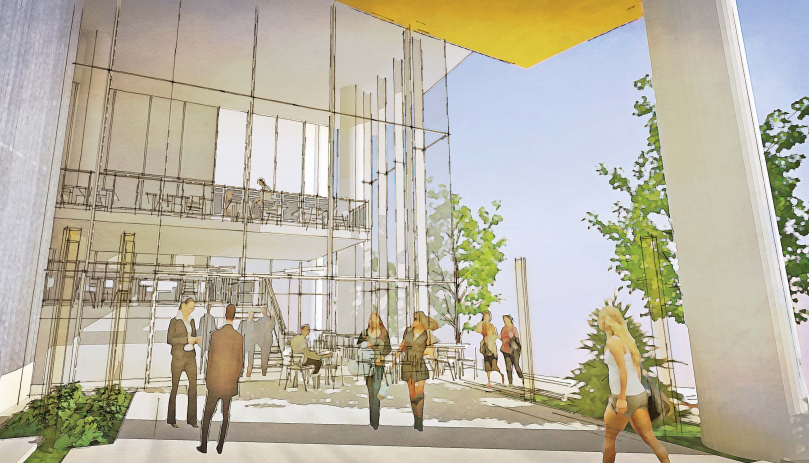 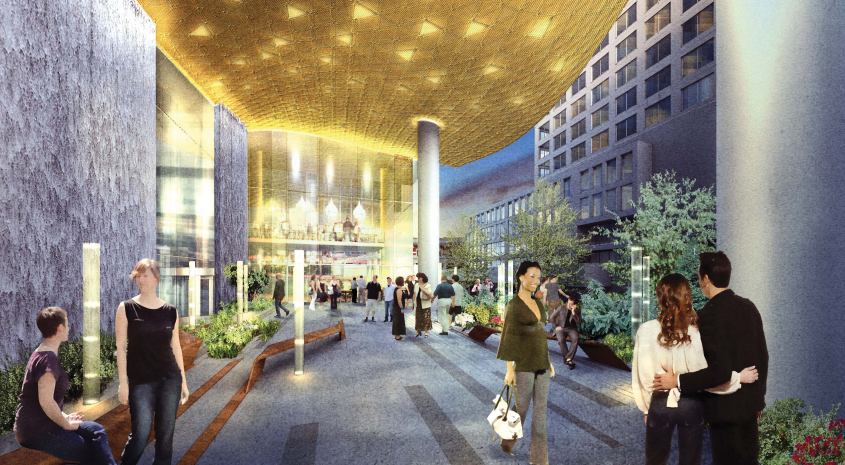 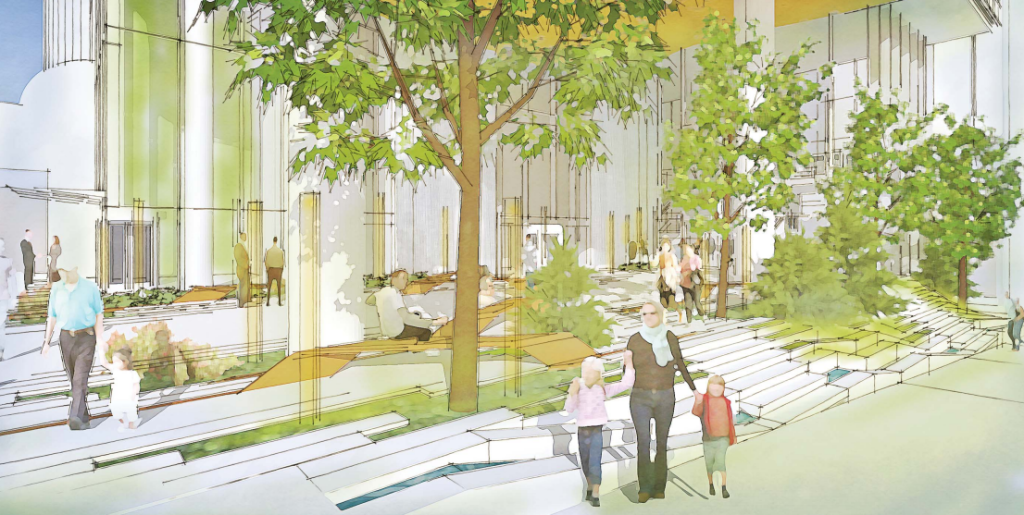 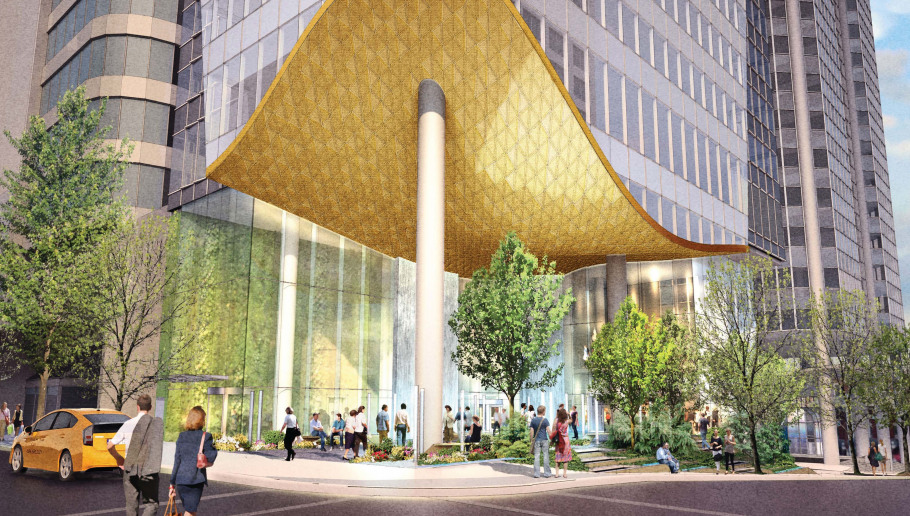 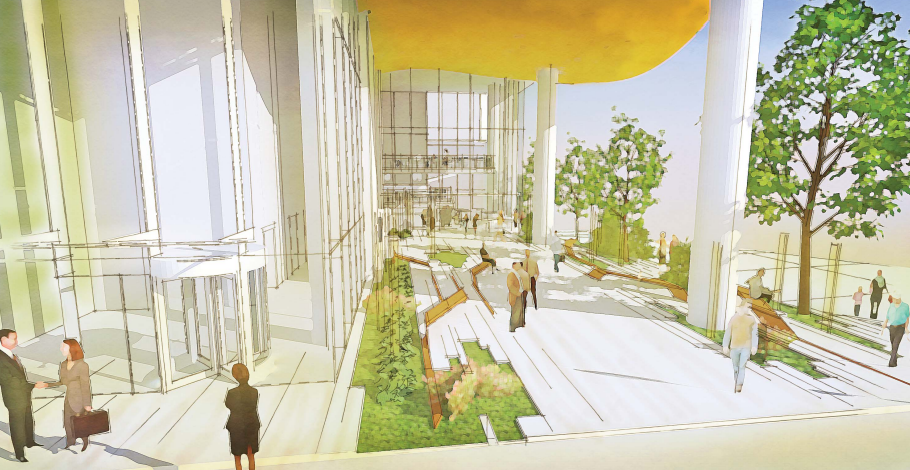