It’s a new year and a new month so with that comes another edition of 6-Flick-Picks for the month of January. Below are six movies that have some early buzz and might be worth checking out. Included is something for everyone along with a few honorable mentions that have a more limited release. Have a peek and let us know what you are looking forward to seeing. Keep an eye out for our full reviews in the coming weeks.

Official Synopsis: “Inherent Vice,” is the seventh feature from Paul Thomas Anderson and the first ever film adaption of a Thomas Pynchon novel. When private eye Doc Sportello’s ex-old lady suddenly out of nowhere shows up with a story about her current billionaire land developer boyfriend whom she just happens to be in love with, and a plot by his wife and her boyfriend to kidnap that billionaire and throw him in a looney bin…well, easy for her to say. It’s the tail end of the psychedelic `60s and paranoia is running the day and Doc knows that “love” is another of those words going around at the moment, like “trip” or “groovy,” that’s being way too overused – except this one usually leads to trouble. With a cast of characters that includes surfers, hustlers, dopers and rockers, a murderous loan shark, LAPD Detectives, a tenor sax player working undercover, and a mysterious entity known as the Golden Fang, which may only be a tax dodge set up by some dentists… Part surf noir, part psychedelic romp – all Thomas Pynchon. (C) Warner Bros

REASON TO SEE: Joaquin Phoenix is one of America’s finest actors and although he can be a tad erratic in real life, he is a pleasure to watch on the big screen. In this flick he plays a pot smoking private eye who gets himself into a spot of trouble thanks to his ex-old lady. Where do I sign up to see this?

The film is directed by Paul Thomas Anderson who gave us Boogie Nights, Magnolia, There Will Be Blood, and The Master. So you can be pretty sure that this movie will at least be entertaining and well directed.

Besides Phoenix there is an All-Star cast of Owen Wilson, Josh Brolin, Reese Witherspoon, Benicio Del Toro, and according to early reviews a scene stealing Canadian named Martin Short. 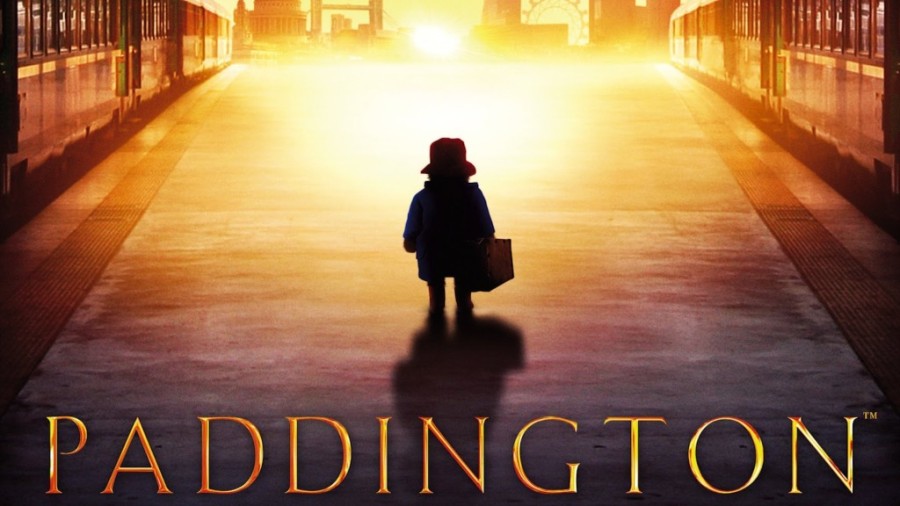 Official Synopsis: From the beloved novels by Michael Bond and producer David Heyman (Harry Potter), Paddington tells the story of the comic misadventures of a young Peruvian bear who travels to the city in search of a home. Finding himself lost and alone, he begins to realize that city life is not all he had imagined – until he meets the kindly Brown family who read the label around his neck that says “Please look after this bear. Thank you,” and offer him a temporary haven. It looks as though his luck has changed until this rarest of bears catches the eye of a museum taxidermist. (c) Weinstein

REASON TO SEE: Who didn’t grow up on Paddington Bear? Most of us read the books or watched the stop motion BBC animated series in the mid 80s. If you get a chance check it out on Youtube, the animation back then was a head of its time. Now we get a bit of a reboot of the marmalade eating bear for a new generation of kids. This will probably go down as one of the best family movies of the year and according to early reviews a definite must see.

The film also stars Nicole Kidman and for those of you who are fans of the BBC television drama Downton Abbey, Lord Robert Crawley AKA: Hugh Bonneville also has a staring role. 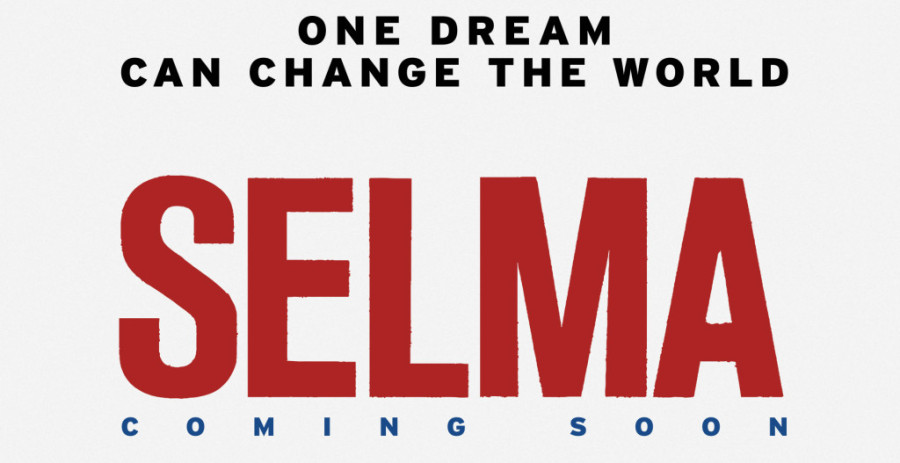 Official Synopsis: Selma is the story of a movement. The film chronicles the tumultuous three-month period in 1965, when Dr. Martin Luther King, Jr. led a dangerous campaign to secure equal voting rights in the face of violent opposition. The epic march from Selma to Montgomery culminated in President Johnson (Tom Wilkinson) signing the Voting Rights Act of 1965, one of the most significant victories for the civil rights movement. Director Ava DuVernay’s Selma tells the real story of how the revered leader and visionary Dr. Martin Luther King Jr. (David Oyelowo) and his brothers and sisters in the movement prompted change that forever altered history.(C) Paramount

REASON TO SEE: This is an important film and I don’t think it’s a real stretch for me to write that there is no better time for this movie to come out than now. Expect this film to be an Oscar darling and early reviews have already been strong. I included this film in my honorable mentions in last month’s 6-Flick-Picks but realized after that it doesn’t open here in Vancouver until January 9th. So now I can feature it as a must see.

This has a stellar cast with the likes of David Oyelowo who plays Martin Luther King, Jr., Cuba Gooding Jr., and Giovanni Ribisi. Oprah Winfrey also has a small role. Go and check this out because every once in a while we need to be reminded that we are all human beings no matter the color.

Official Synopsis: Set within the world of global cybercrime, Legendary’s Blackhat follows a furloughed convict and his American and Chinese partners as they hunt a high-level cybercrime network from Chicago to Los Angeles to Hong Kong to Jakarta.

REASON TO SEE: I’m a sucker for any film directed by Micheal Mann, especially the movie Heat. He was also responsible for films like Last of the Mohicans, The Insider, Collateral, and Public Enemies.

This film has Thor in it! Okay maybe not Thor per se but Chris Hemsworth does play a hacker who is released out of prison in order to help the Government track down another hacker who is really F’ing things up around the world. Sony is not involved and neither are the North Koreans. Instead there are some higher stakes at play here rather than just some corporate emails. If you like high drama, action, intrigue, mixed with a high-tech angle, go and see this. 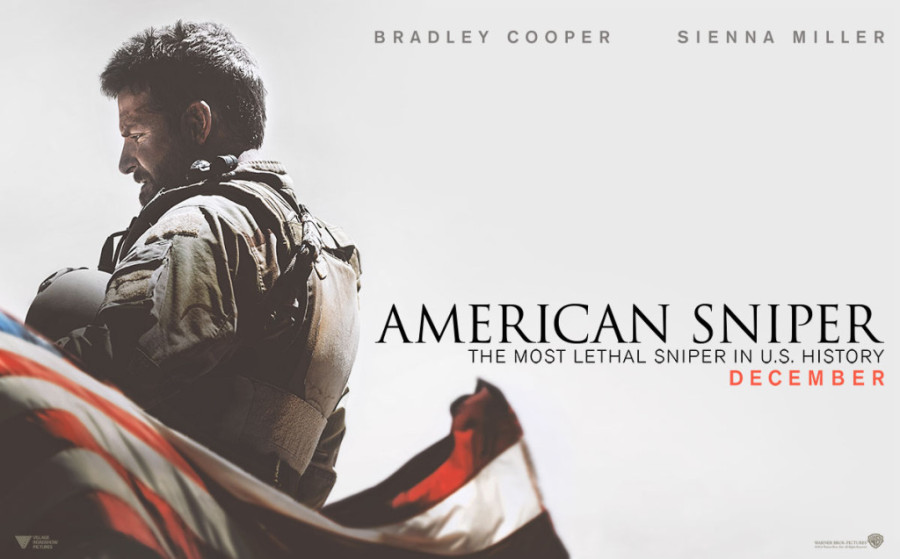 Official Synopsis: From director Clint Eastwood comes “American Sniper,” starring Bradley Cooper as Chris Kyle, the most lethal sniper in U.S. military history. But there was much more to this true American hero than his skill with a rifle. U.S. Navy SEAL sniper Chris Kyle is sent to Iraq with only one mission: to protect his brothers-in-arms. His pinpoint accuracy saves countless lives on the battlefield and, as stories of his courageous exploits spread, he earns the nickname “Legend.” However, his reputation is also growing behind enemy lines, putting a price on his head and making him a prime target of insurgents. Despite the danger, as well as the toll on his family at home, Chris serves through four harrowing tours of duty in Iraq, becoming emblematic of the SEAL creed to “leave no man behind.” But upon returning home, Chris finds that it is the war he can’t leave behind. (C) Warner Bros

REASON TO SEE: According to early reviews Bradley Cooper’s performance is phenomenal and some are calling it the best of his career. I’m sorry but nothing will beat Rocket Racoon, but maybe that’s just me. Cooper had to bulk up a ton for this film but avoided steroids and did it naturally.

We have had our fair share of American War movies over the last few years but the boy in me loves a good sniper film. This is directed by Clint Eastwood, so I’m expecting it to be pretty solid with a lot of rah-rah Americana in it. It is based on the critically acclaimed autobiography of Chris Kyle who many call the greatest sniper to ever serve in the armed forces. I think this is worth a see. Judging by the trailer the film seems rather intense. 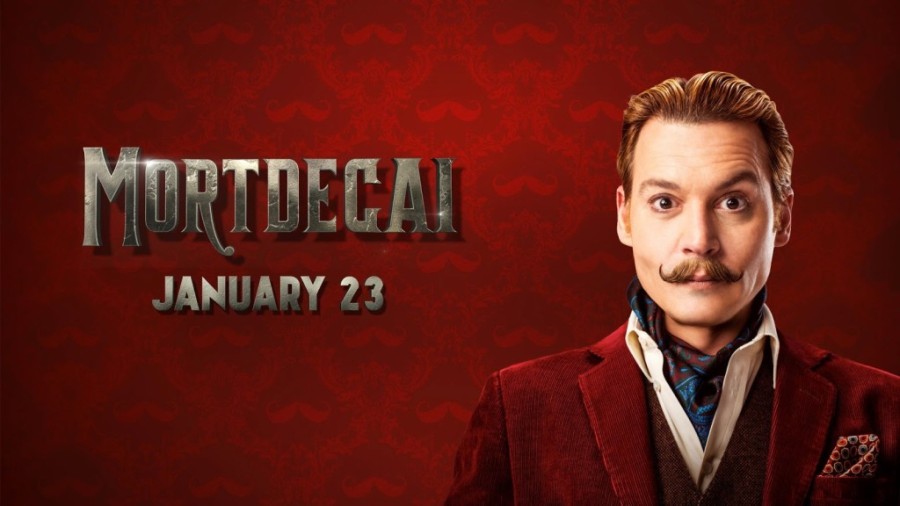 Official Synopsis: Juggling some angry Russians, the British Mi5, his impossibly leggy wife and an international terrorist, debonair art dealer and part time rogue Charlie Mortdecai (Johnny Depp) must traverse the globe armed only with his good looks and special charm in a race to recover a stolen painting rumored to contain the code to a lost bank account filled with Nazi gold. (c) Lionsgate

REASON TO SEE: I’m not sure what to make of this film. It’s Johnny Depp playing an odd ball character which is a real stretch for the actor. That was sarcasm. The lovely Gwyneth Paltrow is in this, along with Ewan McGregor and Olivia Yum..er Munn.

Regardless, David Koepp directs this film and he is regarded as one of Hollywood’s best screenwriters. Well maybe back in the 90s and early 2000s, but still, he has been a part of a lot of big films through the years like Jurassic Park, Panic Room and War of the Worlds to name a few.

This film is 50/50 in whether it will be good or not. I like Depp, and this does appear to have sleeper hit written all over it. So for now it’s being featured on 6-Flick-Picks. Stay tuned for our review later in the month.

Now it’s time for some honorable mentions. Check out the trailers for the following films. There are a few here that do have a limited release but if you can find them somewhere in Vancouver they look like they would be well worth checking out.