6-Flick-Picks are six films that could be worthwhile checking out this month. The heat is upon us as we continue the summer run of films, and July has a plethora of movies that have some buzz around them.

As always, I will drop down a few films that I’m looking forward to seeing along with my independent theatre and Netflix choices. Hopefully there is something for everyone.

Because I can only pick six, make sure to see my honourable mentions below that didn’t make the list as those might be more your speed. 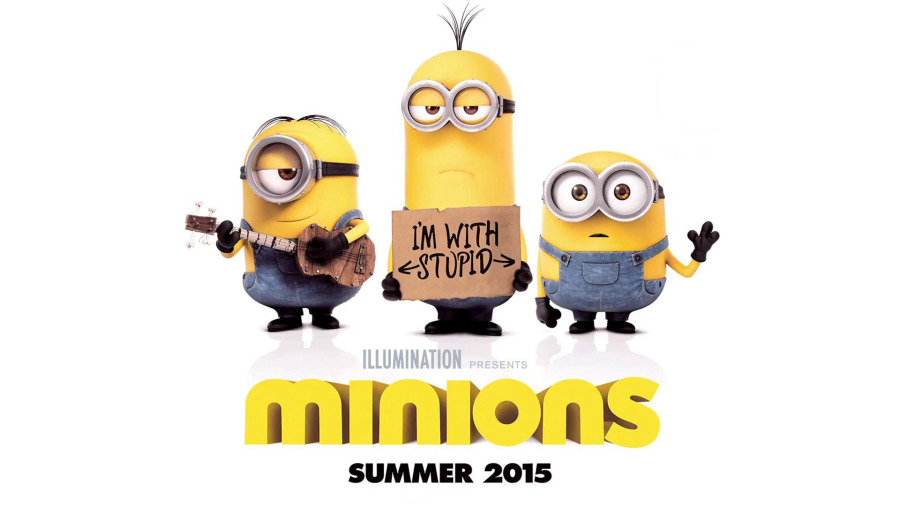 Official Synopsis: The story of the Minions begins at the dawn of time. Starting as single-celled yellow organisms, Minions evolve through the ages, perpetually serving the most despicable of masters. Continuously unsuccessful at keeping these masters-from T. rex to Napoleon-the Minions find themselves without someone to serve and fall into a deep depression. But one Minion named Kevin has a plan, and he-alongside teenage rebel Stuart and lovable little Bob-ventures out into the world to find a new evil boss for his brethren to follow. The trio embarks upon a thrilling journey that ultimately leads them to their next potential master, Scarlet Overkill (Academy Award (R) winner Sandra Bullock), the world’s first-ever female super-villain. They travel from frigid Antarctica to 1960s New York City, ending in mod London, where they must face their biggest challenge to date: saving all of Minionkind…from annihilation. (c) Universal

I’m really liking what Illumination has been doing so I put this on the list as a fun film to take the family to. I’m expecting there to be some adult humour mixed in with some over-the-top slapstick. The premise of the story seems interesting, and the idea of showing where the minions come from was a nice idea. Unfortunately, Steve Carrell doesn’t seem to be in this prequel, but Sandra Bullock and Jon Hamm lend their voices to this film. It’s nice for families to have options over the summer at the movie theatre. 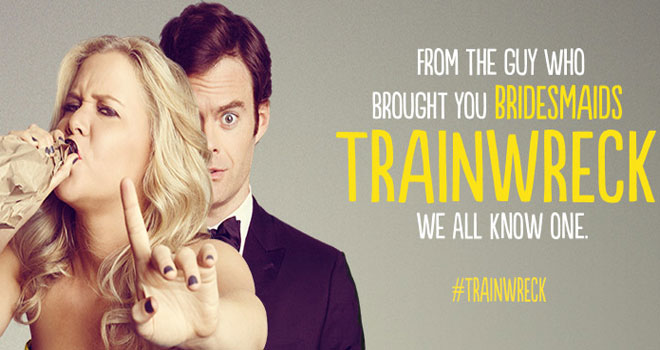 Official Synopsis: Since she was a little girl, it’s been drilled into Amy’s (Schumer) head by her rascal of a dad (Colin Quinn) that monogamy isn’t realistic. Now a magazine writer, Amy lives by that credo – enjoying what she feels is an uninhibited life free from stifling, boring romantic commitment – but in actuality, she’s kind of in a rut. When she finds herself starting to fall for the subject of the new article she’s writing, a charming and successful sports doctor named Aaron Conners (Bill Hader), Amy starts to wonder if other grown-ups, including this guy who really seems to like her, might be on to something.

Amy Schumer is one of the funniest people on the planet, and I’m also a bit of a fan of Bill Hader, who is also tres drole. I’m interested to see what happens when you combine these two fabulous comedians and what kind of gold is found. This summer has really missed a top shelf comedy and from everything I have heard from early screenings, this should be the comedic hit of the season. It’s directed by Judd Apatow, who loves sneaking a surprise hit into the summer blockbuster season, and it appears he has done it again. Put this on your must-see list if you want some big laughs. 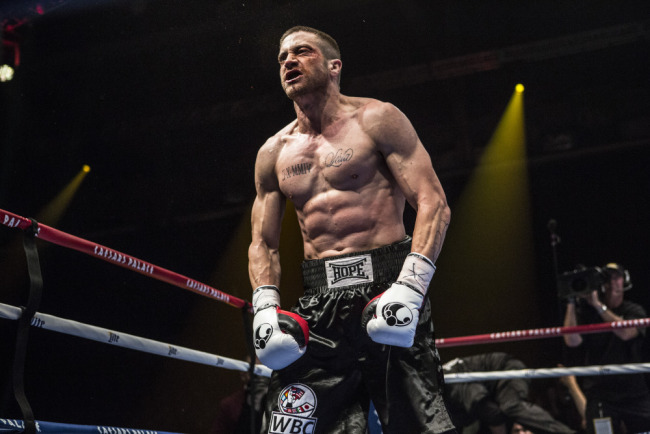 Official Synopsis: From acclaimed director Antoine Fuqua (Training Day) and screenwriters Kurt Sutter (“Sons of Anarchy) and Richard Wenk (The Mechanic), Southpaw tells the riveting story of Billy “The Great” Hope, reigning Junior Middleweight Boxing Champion of the World (Academy Award (R) nominee Jake Gyllenhaal). Billy Hope seemingly has it all with an impressive career, a beautiful and loving wife (Rachel McAdams), an adorable daughter (Oona Laurence) and a lavish lifestyle. When tragedy strikes and his lifelong manager and friend (Curtis “50 Cent” Jackson) leaves him behind, Hope hits rock bottom and turns to an unlikely savior at a run-down local gym: Tick Willis (Academy Award (R) winner Forest Whitaker), a retired fighter and trainer to the city’s toughest amateur boxers. With his future riding on Tick’s guidance and tenacity, Billy enters the hardest battle of his life as he struggles with redemption and to win back the trust of those he loves. (C) Weinstein

This one should be interesting. I love a good boxing film, and I’m also a big fan of Jake Gyllenhaal, who went from super skinny in Nightcrawler to buffed out in Southpaw. This has all the makings of a fantastic story, but it’s hard to say how it will do at the box office. I put this on the list as it’s directed by Antoine Fuqua (Training Day) and written by Kurt Sutter (Sons of Anarchy), both having done fantastic work in the past. I have high hopes for this, but I fully expect it to be your typical boxing film that includes some sort of redemption in the end. “Yo Adrian!”

Official Synopsis: With the IMF now disbanded and Ethan Hunt (Tom Cruise) out in the cold, a new threat — called the Syndicate — soon emerges. The Syndicate is a network of highly skilled operatives who are dedicated to establishing a new world order via an escalating series of terrorist attacks. Faced with what may be the most impossible mission yet, Ethan gathers his team and joins forces with Ilsa Faust (Rebecca Ferguson), a disavowed British agent who may or may not be a member of this deadly rogue nation.

Another big summer action blockbuster is coming. I’ve actually really enjoyed the Mission Impossible franchise overall. 2011’s Ghost Protocol blew some new life into the franchise, and let’s hope Rogue Nation continues the momentum. The trailer looks great, and whether you like Tom Cruise or not, he usually delivers in these types of films. This is a man who is not scared to do his own crazy stunts. For example, the scene in the above trailer where he is hanging from an airplane while it takes off is actually him hanging from an airplane while it takes off. To be honest, more films need to get away from CGI stunts and get back to filming the real deal, but I digress.

This latest edition to the franchise is directed by Christopher McQuarrie, who did Live Die Repeat: Edge of Tomorrow. Cruise reprises his role as Ethan Hunt, and the rest of the crew is back as well.

The Look of Silence (Documentary) 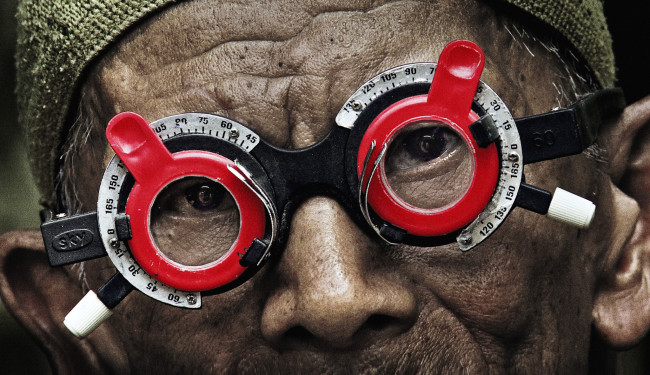 Official Synopsis: Through Joshua Oppenheimer’s work filming perpetrators of the Indonesian genocide, a family of survivors discovers how their son was murdered – and the identity of the men who murdered him. The killers live just down the road, and have been in power ever since the genocide. The family’s youngest son, born after the genocide, asks how he can raise his children in a society where survivors are terrorized into silence, and everybody is terrorized into treating the murderers as heroes. In search of answers, he decides to confront each of his brother’s killers.

The killers still hold power, so these confrontations are dangerous. The killers respond with fear, anger, and naked threats. But he manages these encounters with dignity, asking hard questions about how the killers see what they did, how they live side-by-side with their victims, and how they think their victims see them. Through these confrontations, we feel and understand what it is like to live for decades encircled by powerful neighbors who murdered your children. The Look Of Silence does something virtually without precedent in cinema or in the aftermath of genocide: it documents survivors confronting their relatives’ murderers in the absence of any truth and reconciliation process, while the murderers remain in power.(C) Drafthouse

This is a must see. It’s the follow up to the Oscar nominated documentary The Act of Killing which got a ton of critic praise back in 2013. The Look of Silence is also getting a lot of buzz and probably will be in the golden statue conversation at the end of the year. The subject matter is heavy as people still continue to deal with the Indonesian genocide of 1965.

This time around this doc shows things from a different perspective. It reveals how families are still hurt to this day, and not only that, have to live beside the perpetrators who were responsible for killing their family members.  I recommend watching The Act of Killing and follow that up by watching The Look of Silence at the VIFF Theatre. Daily screenings for this important documentary start on July 24 and go to August 4 at the VIFF Theatre downtown. Check out their website for showtimes.

Dragons: Race to the Edge 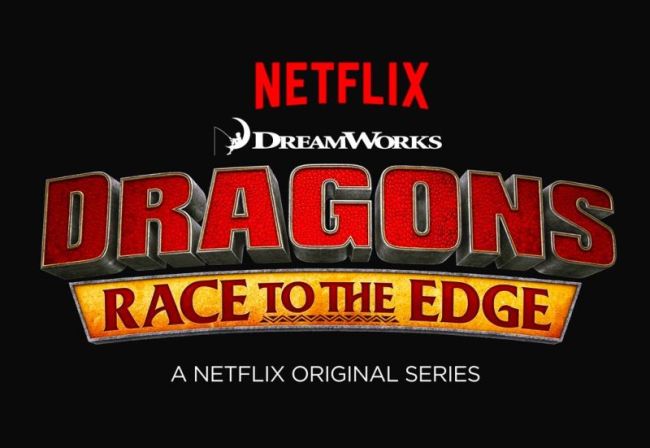 Official Synopsis: Hiccup and Toothless lead the Dragon Riders soar beyond the borders of Berk and discover the mysterious Dragon Eye, which is filled with ancient secrets that lead them to new lands filled with undiscovered dragons. But the heroes find themselves pursued by marauding dragon hunters who will stop at nothing to seize the power of the Dragon Eye!

Many of you who have Netflix have probably already seen this or are currently watching it. There is no better way to get some GDPQ (God Damn Peace and Quiet) than throwing this new Netflix animated series on and allowing your kids to be swept back in to the world of How to Train Your Dragon. This series is actually a bridge between the first and second film. I threw this on the other day and I ended up watching it with my kidlets. I couldn’t help myself.

If above is not your cup of tea, here are some others that didn’t make my list but could definitely be worthwhile checking out. Enjoy.