Another 6-Flick-Picks is here. It’s the last month of summer, which means that blockbuster season is coming to an end. However, August might be one of the best months for quality films.

As per usual, I have picked six flicks that could be worth checking out during August. There is a little something, something for everyone. I’ve included my independent theatre pick and Netflix/VOD pick.

I’ve decided to add VOD (video on demand) to the Netflix category because sometimes there really isn’t anything on Netflix that is worth pointing out, but there could be a new release as a rental that might be perfect.

So without further ado, here is 6-Flick-Picks for August. 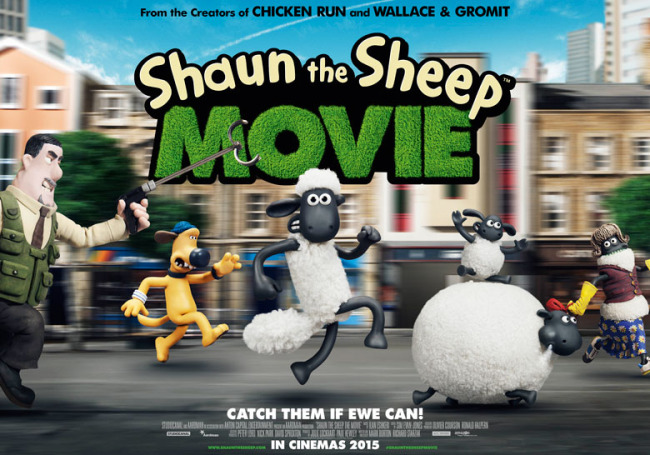 Official Synopsis: When Shaun decides to take the day off and have some fun, he gets a little more action than he bargained for. A mix up with the Farmer, a caravan, and a very steep hill lead them all to the Big City and it’s up to Shaun and the flock to return everyone safely to the green grass of home. (C) Lionsgate

From the people (Aardman Animations) who brought us Chicken Run and Wallace and Gromit comes another stop motion animated classic called Shaun The Sheep. If you’re not familiar with Shaun, he has appeared in previous Wallace and Gromit episodes and eventually had his own television show. Now the young sheep has his own film. This is the perfect family film to bring your kids to. In fact I’m going to go one step further and say that this is one, if not THE best animated film of the summer and should be in the Oscar talk as best animated feature. I took my daughter to this and we loved it. You can read my review below.

The Diary of a Teenage Girl

Official Synopsis: Like most teenage girls, Minnie Goetze (Bel Powley) is longing for love, acceptance and a sense of purpose in the world. Minnie begins a complex love affair with her mother’s (Kristen Wiig) boyfriend, “the handsomest man in the world,” Monroe Rutherford (Alexander Skarsgård). What follows is a sharp, funny and provocative account of one girl’s sexual and artistic awakening, without judgment. (C) Sony Classics

There has been a lot of buzz surrounding this film especially because of the subject matter. It has done really well at the big film festivals and could get a big push at the box office. Bel Powley is a newcomer, but from all accounts many have said that her performance is very good. This flick also has Alexander Skarsgård, who is quickly becoming a big star with big acting chops. You add Kristen Wiig to the mix and you have yourself a very solid cast. Like I said, early reviews have been positive. I will have my review ready when the film is released in Vancouver on August 14th. Put this film on your list. 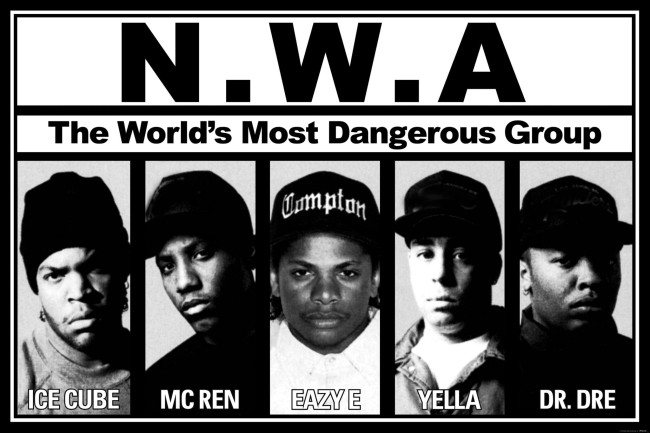 Official Synopsis: In the mid-1980s, the streets of Compton, California, were some of the most dangerous in the country. When five young men translated their experiences growing up into brutally honest music that rebelled against abusive authority, they gave an explosive voice to a silenced generation. Following the meteoric rise and fall of N.W.A., Straight Outta Compton tells the astonishing story of how these youngsters revolutionized music and pop culture forever the moment they told the world the truth about life in the hood and ignited a cultural war. — (C) Universal Pictures

This is one of the most highly anticipated films of the summer, if not the year. Of course it’s about the mid eighties gangster rap group NWA, who completely changed rap music. This biopic is directed by F. Gary Gray, who brought us films like Friday and The Italian Job. This is supposed to be an epic film that shows how the group was formed and eventually how they dealt with so much fame at a young age. Early reviews have been positive. I fully expect this to do well at the box office. Definitely a must see. 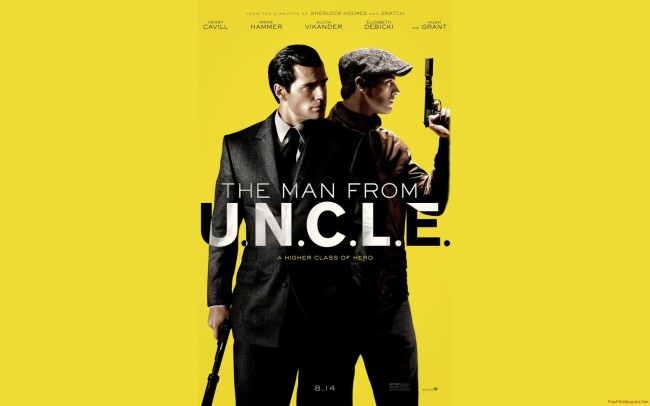 Official Synopsis: Henry Cavill (“Man of Steel”) stars as Napoleon Solo opposite Armie Hammer (“The Social Network”) as Illya Kuryakin in director Guy Ritchie’s “The Man from U.N.C.L.E.,” a fresh take on the hugely popular 1960s television series. Set against the backdrop of the early 1960s, at the height of the Cold War, “The Man from U.N.C.L.E.” centers on CIA agent Solo and KGB agent Kuryakin. Forced to put aside longstanding hostilities, the two team up on a joint mission to stop a mysterious international criminal organization, which is bent on destabilizing the fragile balance of power through the proliferation of nuclear weapons and technology. The duo’s only lead is the daughter of a vanished German scientist, who is the key to infiltrating the criminal organization, and they must race against time to find him and prevent a worldwide catastrophe.(c) Warner Bros

This is coming from the mind of Guy Ritchie, who brought us Lock, Stock and Two Smoking Barrels, Snatch and Sherlock Holmes to name a few. The Man from U.N.C.L.E. was a popular television series in the 60s and it’s finally getting a silver screen adaptation. This was on my list as one of the top films to see this summer. Henry Cavill is a very underrated actor, and I look forward to seeing how he does as the iconic Napoleon Solo. It’s also going to be interesting to see the chemistry between Cavill and Armie Hammer. This film looks fun and that’s precisely what you want when you go to the theatre. I highly recommend putting this on your must see list. 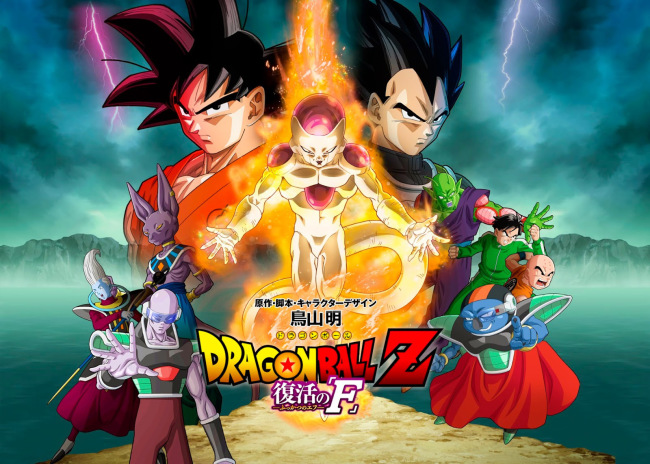 Official Synopsis: Even the complete obliteration of his physical form can’t stop the galaxy’s most evil overlord. After years in spiritual purgatory, Frieza has been resurrected and plans to take his revenge on the Z-Fighters of Earth. Facing off against Frieza’s powerful new form, and his army of 1,000 soldiers, Goku and Vegeta must reach new levels of strength in order to protect Earth from their vengeful nemesis.

The Rio Theatre will be showing the new Dragon Ball Z film. It’s the sequel to 2014’s Battle of Gods. There are many who are into anime and especially the Dragon Ball Z series who would love to check this out on the big screen. It’s playing only twice at the Rio on August 11 and 13. Go to their website and find out the showtimes. 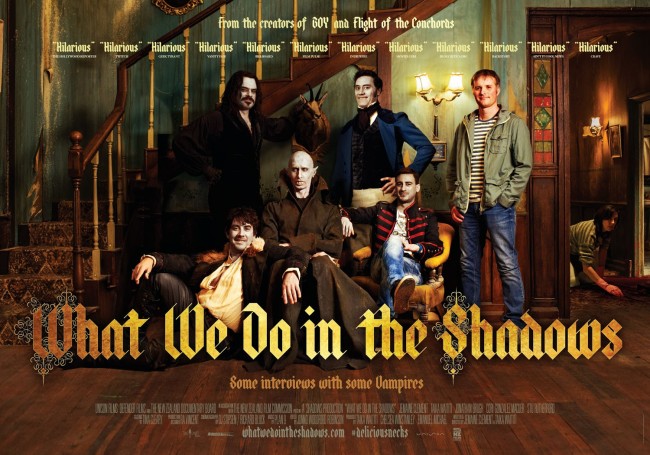 Official Synopsis: What We Do in the Shadows chronicles the adventures of four vampire roommates trying to get by in a modern world that’s not always hospitable to the undead. Clement and Waititi, creators of the HBO hit series “Flight of the Conchords,” co-wrote, co-directed, and co-star in this hilarious send-up in which an endearingly unhip quartet of friends reveal to us or, rather, to the documentary crew that’s filming them, the details of their daily-make that nightly-routine. Ranging in age from 183 to 8,000, and in appearance from adorably youthful to Nosferatu-crusty, they squabble over household chores, struggle to keep up with the latest trends in technology and fashion, antagonize the local werewolves, cruise clubs for lovely ladies, and deal with the rigors of living on a very, very strict diet. The film also stars Rhys Darby, Jonathan Brugh, Cori Gonzalez-Macuer, Stu Rutherford, and Jackie Van Beek, and was produced by Waititi, Chelsea Winstanley and Emanuel Michael. (C) Paladin

For those of you who didn’t get a chance to see this in theatre you can now rent it on iTunes or other VOD sites. This has been one of the most talked about and highly rated comedies of 2015. It’s a mockumentary from the dudes who brought us Flight of the Conchords. Critics have loved this film and it is currently sitting at a 96% Fresh Rating on Rotten Tomatoes. So instead of renting Child 44 or Insurgent, sit on the couch, have a little puff or a stiff drink and rent What We Do in the Shadows.

If above is not your cup of tea, here are some others that didn’t make my list but could definitely be worthwhile checking out. Enjoy.