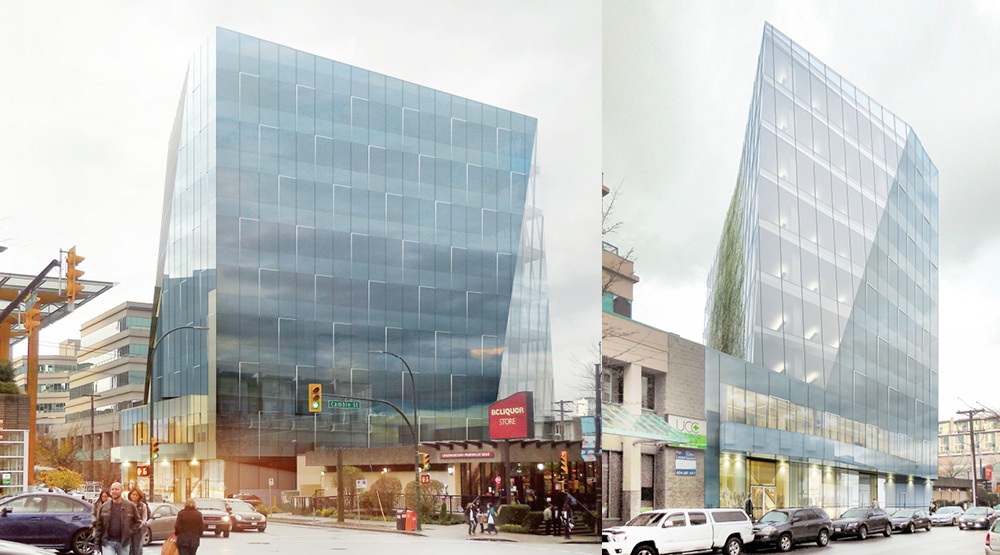 A rezoning application has been submitted to the City of Vancouver to build a nine-storey office tower at 521-525 West 8th Avenue near Cambie Street – right next to the BC Liquor Store and across the street from the Crossroads complex.

According to documents submitted by local architectural firm Musson Cattell Mackey Partnership, there will be 68,370 square feet of floor area, with 60,300 square feet designated for office space and 2,000 square feet of ground-level retail space. Floor plates will range between 6,400 square feet to 9,015 square feet, and 3.5 underground levels will consist of 88 parking spaces.

“High performance” glazing and fritted glass is utilized for the exterior. Along the west facade, glass is supplemented by a steel cabling system that will allow vines to grow and climb from plantars on both the third level and rooftop. 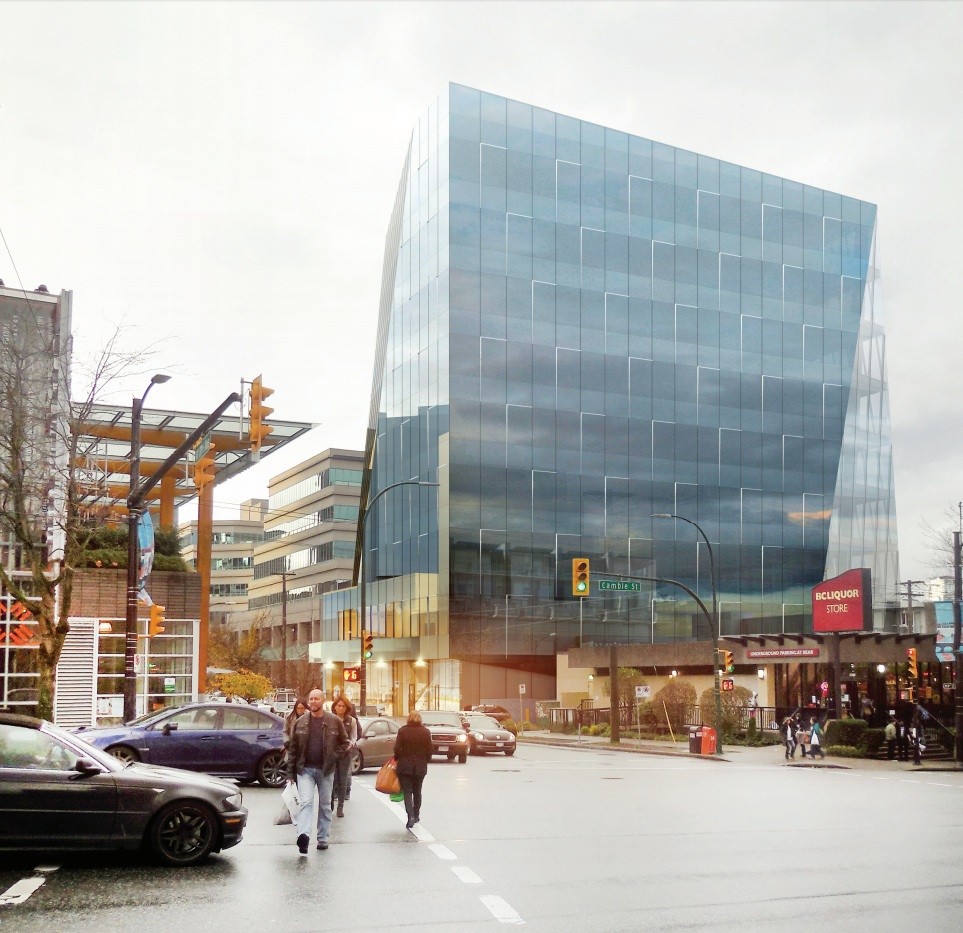 The building will be located on West 8th Avenue near Cambie Street, across the street from the main Whole Foods entrance. (Image by: Musson Cattell Mackey Partnership)

The building will sit on a small 90 foot by 110 foot site wedged under a view cone that restricts heights to 150 feet. This already-limited height is further reduced by another policy that preserves views of City Hall from the north side of False Creek. As a result of these two restrictions, the building’s height is just 111 feet.

“The massing of the building conforms to the heights of the site view parameters,” reads the architect’s rationale. “The office tower is carved back on all four sides to respectfully respond to the mass of adjacent existing buildings. The proposed podium plays its part in completing the grade level streetscape, while the tower portion maintains its own unique quality.”

If approved, it will be one of the most significant office projects along the Central Broadway corridor in recent years. Other recent major projects include the 217,000-square-foot Broadway Centre office building, also known as the Neelu Bachra Centre, which reached completion last year on Broadway just west of Cambie Street.

Construction is well underway on BlueSky Properties’ 10-storey, 90,000-square-foot office building on the southeast corner of Broadway and Oak Street.

A wave of major redevelopment projects are expected for the Central Broadway corridor once the Broadway extension of the Millennium Line is fully approved and commences construction. 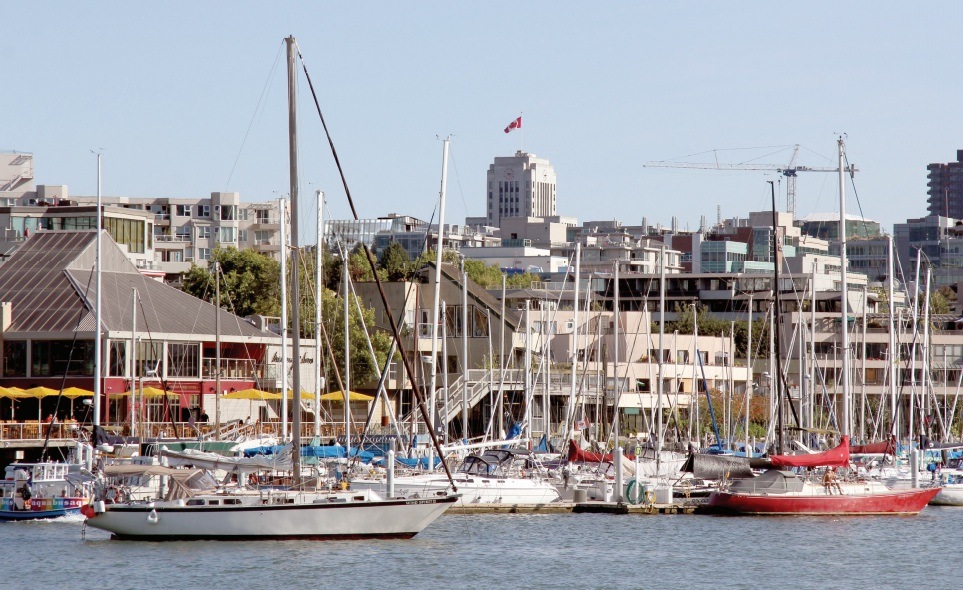 The building is wedged just under a view cone and a policy designed to protect views of Vancouver City Hall. (Image by: Musson Cattell Mackey Partnership) 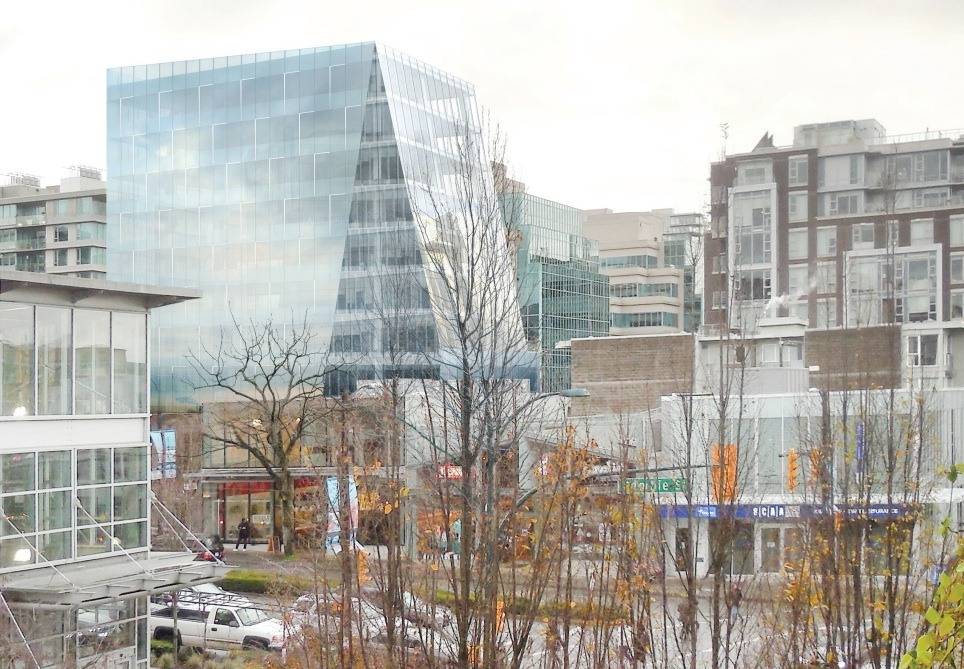 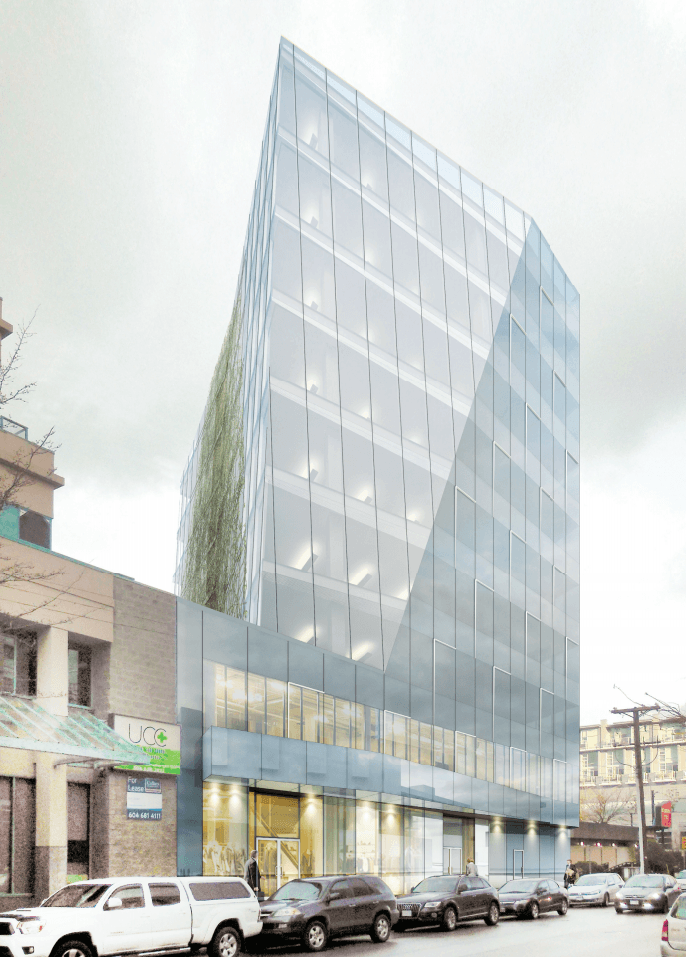 Proposed location of the building. (Image by: Google Maps Streetview)