Winter isn’t Vancouver’s finest time of the year. It’s cold, dark, grey, rain mixed with a little bit of snow. That being said there is a lot of stuff happening in the city from now unti March. Here is our guide to Winter in Vancouver. 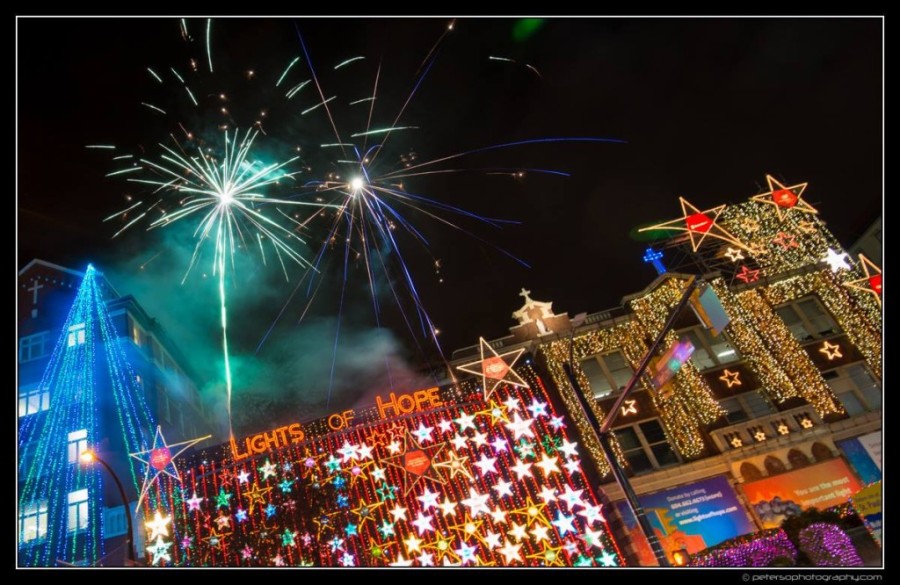 We’ve highlighted 24 things to do in Vancouver this Christmas. Some of which are below.

During the holiday season, the Bright Nights Train and Plaza at Stanley Park sparkles with three million twinkling lights, decorating the darkness that comes early at this time of year.

Get a glimpse of the Santa Claus Christmas Parade in Vancouver

The annual Rogers Santa Clause Parade in Vancouver brings in close to 300,000 people to the downtown core to watch Santa and his reindeer march through the downtown streets.

The 50-foot tree will be the tallest Christmas tree in the city.

The sails will be lit up in festive colours and you can also check out the Woodward’s Windows display.

The Woodward’s Windows are a treasured part of Vancouver’s history that was originally displayed in the Woodward’s department store. The windows featured classic holiday scenes with animated characters and elaborate decor.

Following the closure of the Woodward’s department store, Canada Place purchased the displays in 1993 and has continued to incorporate them into the Christmas at Canada Place experience.

Get a real Christmas tree

If you live in a condo, chances are you aren’t allowed to have a real tree, however, for those of you who can, there are plenty of tree lots around the city to get a real tree this Christmas. Check out our guide on where to buy real Christmas trees in Vancouver.

From Robson Street to the Sheraton Wall Centre, hotels and offices will have some amazing festive displays. The Trinity Street light display in East Vancouver are always impressive. Some notable spots to check out:

Pay a visit to the Christmas Market in Vancouver

The beloved annual Vancouver Christmas Market will be celebrating its fifth anniversary in the heart of downtown at the Queen Elizabeth Theatre Plaza starting November 22 and will run until Christmas Eve.

With a total of over 50 unique vendors, local and international flavour, beautiful lights and delicious food, guests of all ages will find something to satisfy their yuletide appetites at this year’s Christmas Market.

Experience the Festival of Lights, a frozen winter wonderland with over one million lights decorating VanDusen Garden.

Stroll with friends and family through themed areas and enjoy the Dancing Lights show on Livingstone Lake, the gnome performance, and the shadow puppet show. Have photos taken with Santa, savour holiday treats, and delight in much more!

FlyOver Canada transforms into a winter wonderland this holiday season as we take guests on a magical journey with Santa across Canada and on to the North Pole – from December 5 to January 6.

Stay active even if it’s cold outside 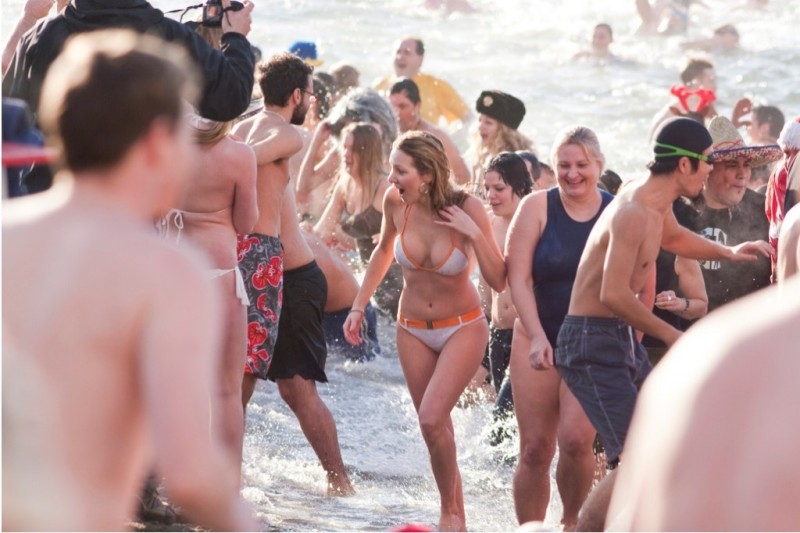 Take a dip at the annual Polar Bear Swim

Kick start 2015 on a cold note with thousands of other Vancouverites as they all take a dip in English Bay at the annual Polar Bear Swim on New Year’s Day.

Go for a Bike Ride

Yeah, we said it. Winters in Vancouver can have the odd warm week or two, so take advantage of any sunny weather by going on a bike ride. We’ve listed 10 amazing bike routes you can try.

Open from December 1 until, likely, the end of February 2015, go skating in the heart of downtown!

Hit the local ski hills or head up to Whistler

Rain in Vancouver means snow on the mountains. With plenty of ski hills to choose from why not take advantage of what Mother Nature has graced Vancouver with, moutains and plenty of them.

It’s almost the new year after all, and in the winter everyone goes to the gym at least once before they fall back into their normal routine. The first week of January will be busy but it will be back to normal within a few days.

Go for a run

Even in the Winter months you’ll see the seawall full of runners. Why not join them and shed some of that holiday weight!

Badminton Vancouver opened their courts on Mitchell Island back in 2012. The state of the art facility offers 12 courts featuring Mondo badminton floor, which is the same supplies to the Olympic Games. 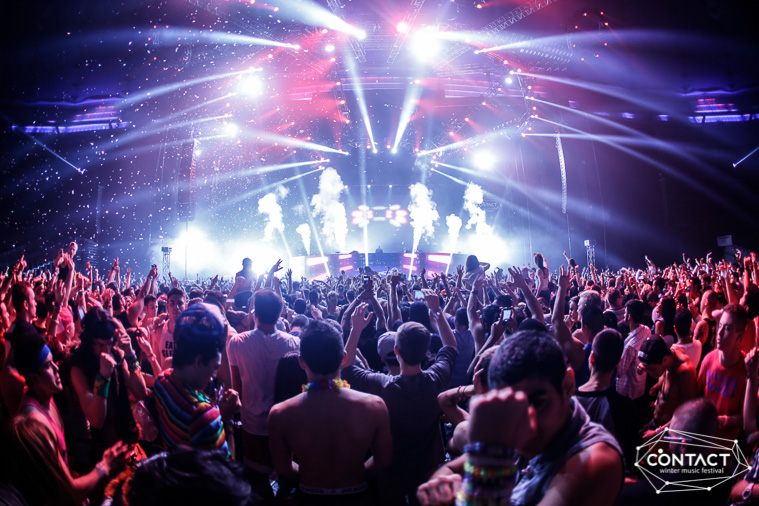 Blueprint, in partnership with Live Nation Canada, has announced the full artist line-up and details for the city’s most anticipated electronic music event of the year: CONTACT Winter Music Festival.

Book your night out for NYE

It’s never too early to plan for the biggest night out in the city, this holiday season, make sure to grab your tickets to the NYE party of your choice. Check out our guide to NYE 2015 Parties in Vancouver.

From Trap superstart R.L. Grime to Sir-Mix-Alot the winter season is a good one for the music fans in the city. From big to small we have covered them all. Check out our listings for more concert information.

The most fun you can have with your knitwear on. Celebrate a season of sweateriness with the original Ugly Christmas Sweater Party. It’s your opportunity to showcase your ugliest, loudest, jingle-bell-est sweater and grant a wish for a seriously ill child.

Take in a dinner and a show at Stake Restaurant and the Hard Rock Casino Vancouver. 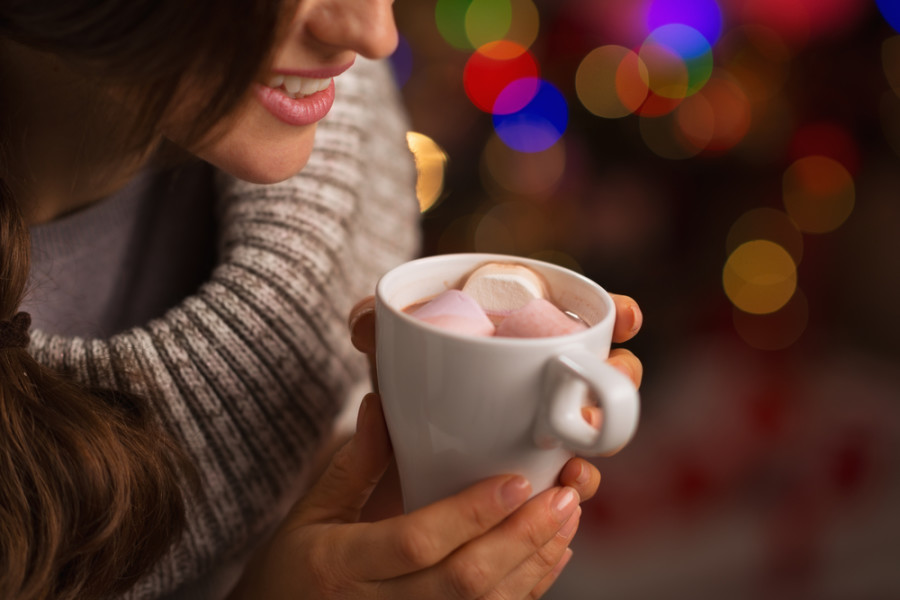 Grab a hot chocolate at the annual Hot Chocolate Festival

Back again this year, the annual Hot Chocolate Festival celebrates the best in the city. Look for more information on the 2015 dates on Vancity Buzz when they are released.

Dine Out Vancouver Festival is Canada’s largest annual dining celebration, attracting tens of thousands of local and visiting food enthusiasts to experience the city’s exceptionally diverse culinary scene at restaurants all over the city.

Celebrate Family Day with an evening out

Enjoy family day by taking your family to out to one of these family friendly restaurants.

Check out some of the city’s best eats

Pack on the pounds this winter before you get into summer fitness mode. May we suggest a great brunch or burger spot.

Festivals, theatre and other things to do around town 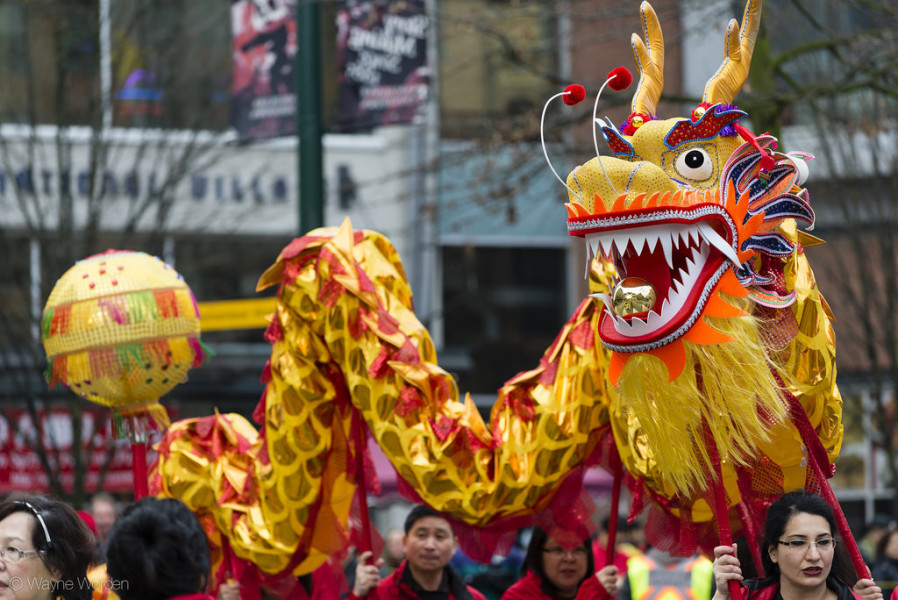 Ring in the year of the ram in Chinatown.

Take part in one of the world’s oldest traditions at this annual event that celebrates the return of the light after the year’s shortest day. Lantern displays, live music and events in five Vancouver neighbourhoods.

The PuSh International Performing Arts Festival is one of Vancouver’s signature events. The festival expands on the horizons of Vancouver artists and audiences with work that is visionary, genre-bending, multi-disciplined, startling and original. The Festival showcases acclaimed international, Canadian and local artists and mixes them together with an alchemy that inspires audiences, rejuvenates artists, stimulates the industry and forges productive relationships around the globe.

An annual celebration of Jewish music, dance, theatre & comedy in venues across Vancouver

We’re not just talking about Christmas here, but also those “legendary” boxing day sales and of course all the stuff that goes on sale in January that didn’t sell during the month of December.

Celebrate the holidays with your aquatic friends and experience a winter wonderland like no other!

The lunar new year festival returns with exhibitions, performances, a Lantern Palace, and the mini-food festival Dumpling Fest, the dumpling fest is only one tent, so don’t go thinking there will be many tents offering up dumpings.

Hop aboard the No Pants Skytrain ride

Every year hundreds of Vancouverites take off there pants and hop on the Skytrain. The look on unsuspecting peoples faces, priceless.

Imagine yourself in a world where reality collides with ideas in fascinating ways, where becoming a fantasy character is no longer only in stories, and where impossibles only exist to be made possible. 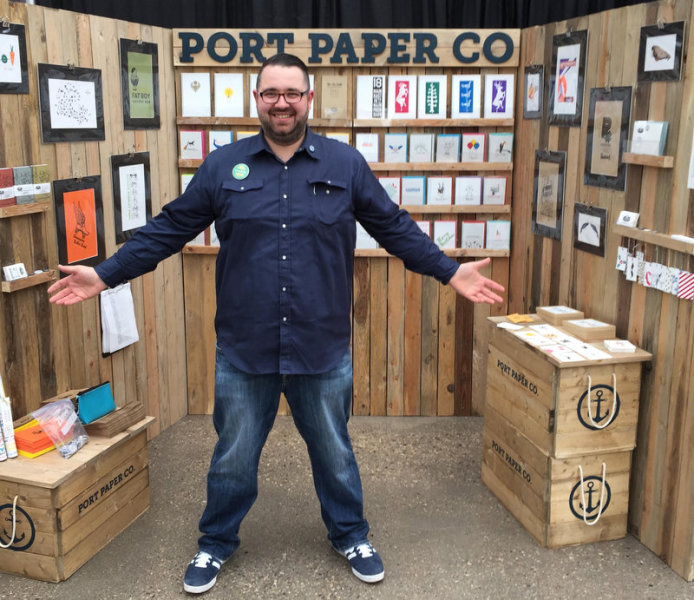 Make It Vancouver returns to the PNE Forum, bringing over 250 artists from all over Canada with them!

Shop the work of 20+ artists in the world of fashion, art and design.