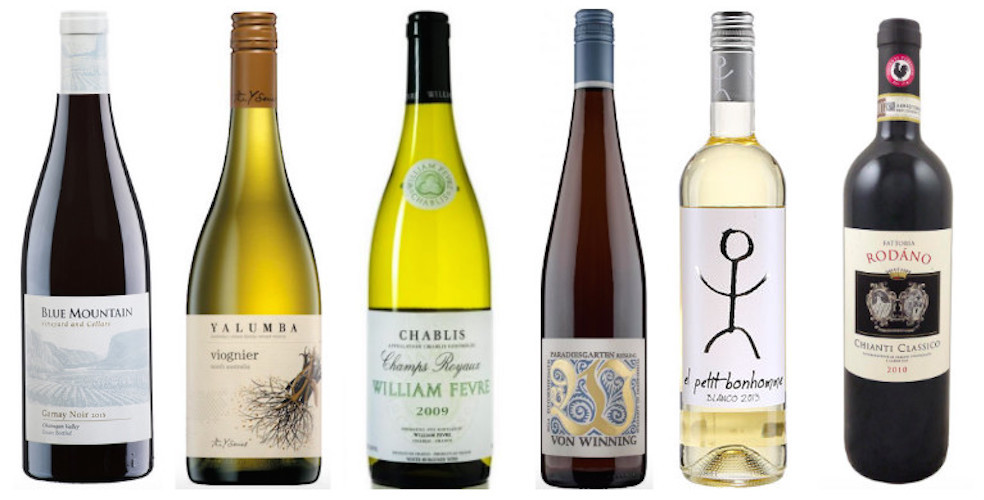 There are certain myths about wine — half-truths and old ideas that range from mild misinformation to downright falsehoods.

Here are five of the most commonly believed wine myths in desperate need of clearing up, along with recommendations of what to drink to help you bust those myths wide open.

It’s the first “rule” of wine everyone learns. And it’s completely untrue. Wines can be separated not only by white and red, but also by light vs. full, silky vs. stern, and bright vs. brooding. Plus, there are elements like saucing, seasoning, and preparation to consider — not just the protein on the plate.

Here are two suggestions to start stepping out of the mold:

Yalumba ‘Y Series’ Viognier, 2014 Barossa Valley, Australia ($17.99 BCLDB)
Braise a lamb shoulder in aromatic spices and finish it with dried apricots and fresh herbs. You have a dish that’s ready to take on a rich and exotic aromatic white wine. Yalumba’s Viognier is one of the benchmarks for the style and will show how certain whites don’t cower before red meat.

This is a myth and a mindset that people should shed, mostly because I can’t bear to think they’re missing out on some of the greatest wines in the world! Listen up red-only drinkers: Among my colleagues in the wine trade, white is probably consumed at twice the frequency of red. It’s pure and refreshing and can be dazzlingly complex. Instead of trying to draw you into the light with a white wine that mimics a red, I suggest you go for a wine that defines what white wine lovers love about white wine.

It’s all about seamlessly fresh acidity and a chalky, mineral-driven quench with this Chablis.

MYTH: All Riesling is sweet

First of all, what’s wrong with sweet? Some of the best Rieslings aren’t dry, but you only need to sip them alongside spicy or sweet dishes to understand their magic. More importantly, not all Riesling is sweet. There are plenty of racy and electric styles without a drop of sugar.

For something that will pair remarkably well alongside our springtime coastal cuisine, try this shatteringly original version that delivers a surge of lime leaf and mineral spring.

MYTH: Wine has to be expensive to be good

This myth will never die, probably because it’s not totally false. Some of the greatest wines in the world are very expensive, but the reality of the modern wine world is that we now have access to some of the most original and authentic wines at very good prices. There has never been a larger gap between the cost of a wine and its intrinsic quality. Unfortunately, no one pays as much as British Columbians do for our wine off the shelves, so you have to be even more selective to discover the great buys. But they are there.

Consider these two under $15 as great examples of affordable, high-quality wine. One’s a snappy and fresh Spanish white and the other is a meaty and rustic French red

MYTH: You need to know a lot about wine to appreciate it

Too often I hear people claiming they wouldn’t know a good wine from a bad one. Just like you don’t need a culinary degree to enjoy a good meal or a music background to enjoy a concert, you don’t need anything beyond a nose and a mouth to enjoy a bottle of wine. Taste it. Do you like it? Whatever the answer, you know all you need to know about appreciating wine.

I love leaning on the wines of Tuscany to provide immediate connoisseurship. They offer deliciousness, a complexity, and a spirit that captures wine in the most joyful way. This Chianti happens to be one of the best.