Whether you’re invested in fantasy football, a hardcore offline fan or just a fair-weather football wanderer, this week’s top five will give you a little bit of everything.

1. The end of the Seahawks season 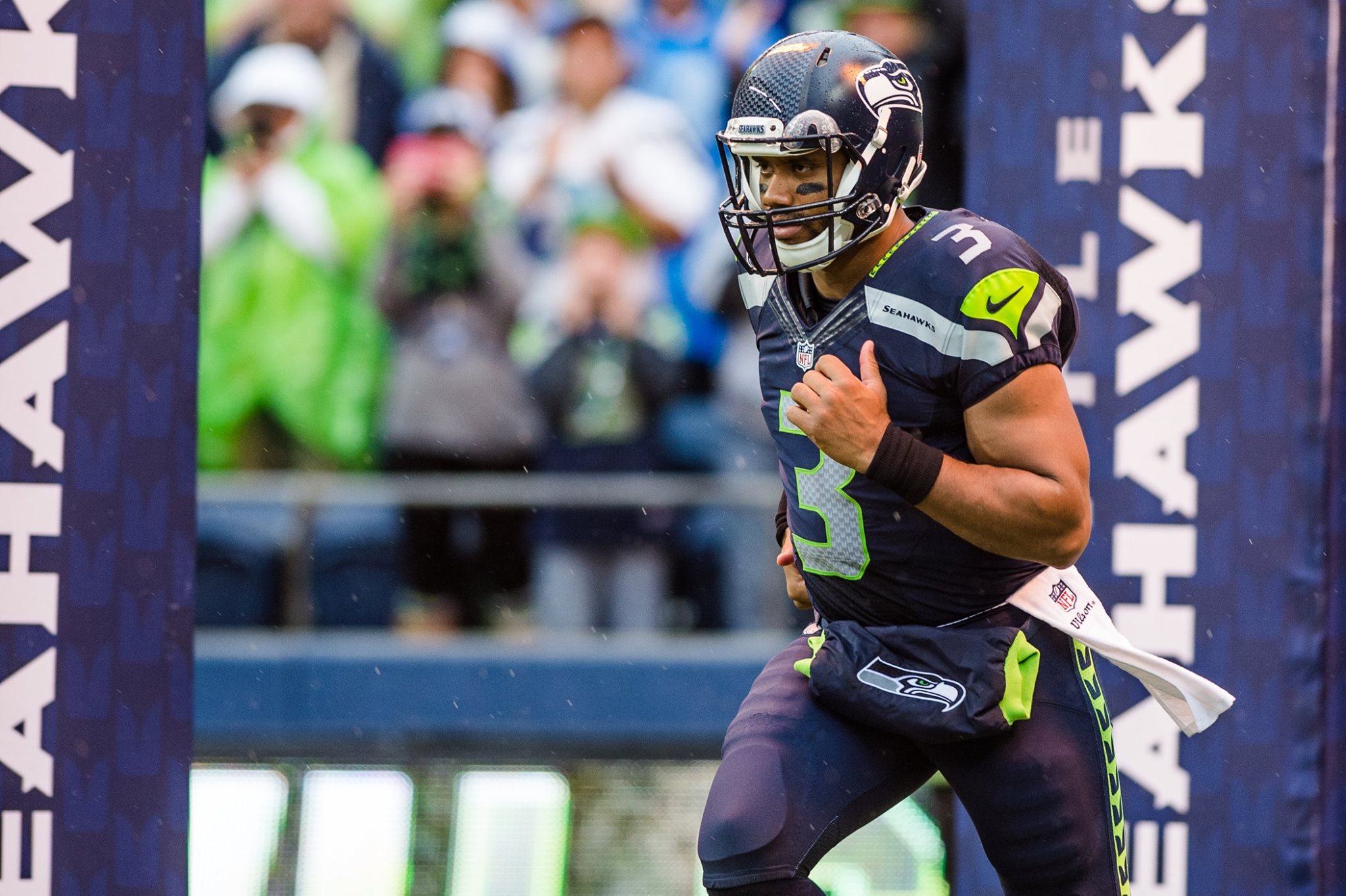 Take it easy Vancouver-Seahawks fans, I’m just playing devils advocate here. If the Bengals win though, the Hawks are in big trouble.

Cincinnati is currently a perfect 4-0 this season and the NFC West-leading Arizona Cardinals are playing the winless Detroit Lions this week. I know Detroit gave Seattle a run for their money last week, but there’s a very good chance the Seahawks could fall two games back of Arizona this weekend should the Bengals continue their dominance.

That, and if you almost lose to the Detroit Lions at home on Monday Night Football (like Seattle did last week), you’re a troubled football team. 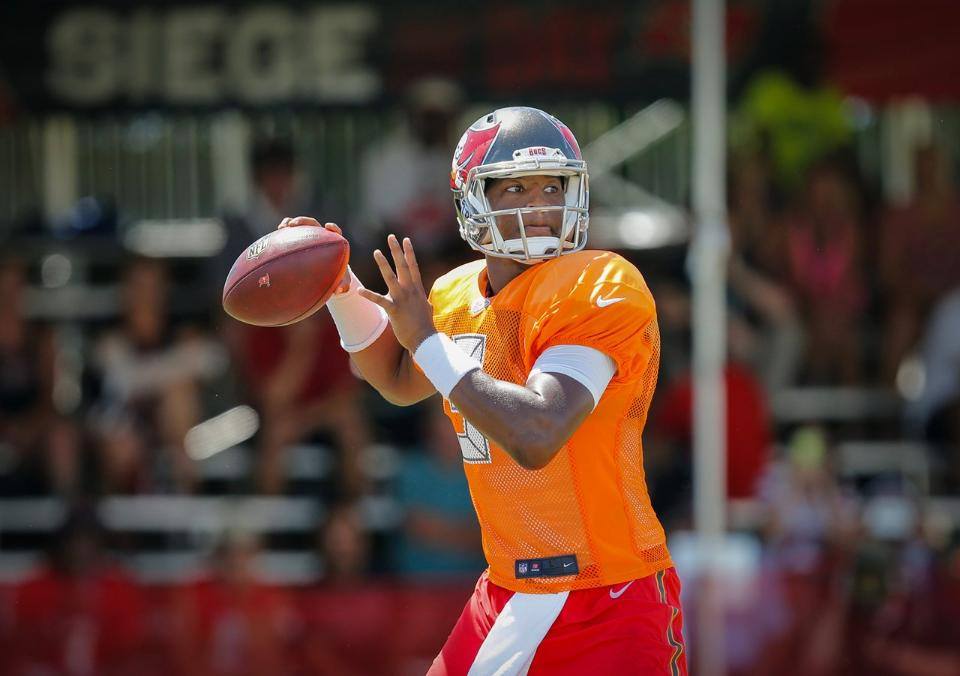 The marquee lights this weekend in Florida are reading “Jameis Winston vs. Blake Bortles!” Oh what a matchup! The most intercepted team in the league (Tampa Bay) against the league’s second worst points per game offence (Jacksonville). Excited yet?

If you’ve ever wanted to see a car wreck take on a car fire – this is the game for you.

3. The return of the “garbage human”

Greg Hardy makes his return to football this weekend.

4. The fantasy sleepers to keep an eye on 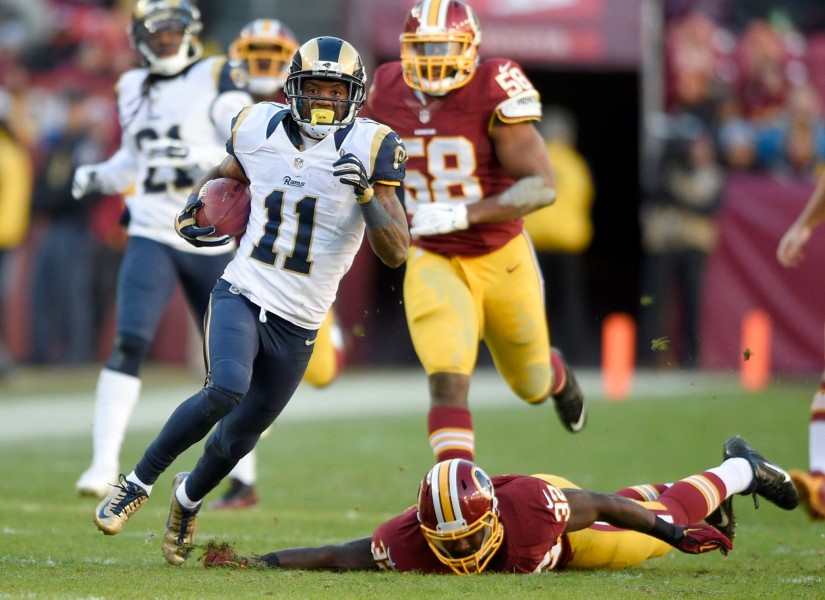 Stedman Bailey and Tavon Austin are two St. Louis Rams receivers that could, and should, have huge games in Green Bay this weekend. St. Louis put up a great fight against the Cardinals last week, and they’ll have to go to the air if they want any success against one of the league’s best defences.

Another player to keep an eye on is T.J. Yeldon of the Jacksonville Jaguars.

It’s been a hot and cold year for Yeldon fantasy owners. He put up 105 yards last week and only 33 the week before. That pretty much sums his up-and-down season thus far. But watch for T.J. to break out this week against one of the league’s worst run defences. The Buccaneers are third worst for rushing yards allowed per game and dead last for rushing first downs against. Watch for Yeldon to move the chains all day long. 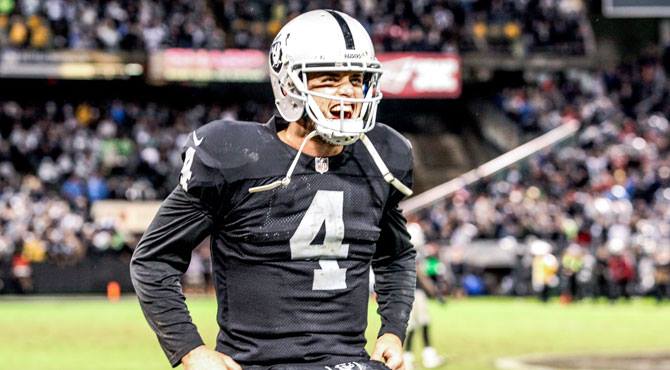 With Derek Carr in the lineup the Raiders are a different football team – in fact they’re a winning football team. That’s weird to say when talking about Oakland. Nonetheless, the Raiders would be off to a 3-1 start, if not for a final minute comeback win by the Bears last week. The silver and black have looked fairly solid throughout thus far despite their current 2-2 record.

On the other side of the ball the world is waiting for the Denver Broncos to fall. They haven’t looked convincing in any of their four wins this season and should not be an undefeated football team. It’s become blatantly obvious that Peyton Manning’s hands are slowly decaying as his once crisp bullet passes have now transformed into all-out wobblers.

Don’t be stunned if the Broncos fall into the “Black Hole” and walk out with a 4-1 record.