The festival takes place in downtown Portland in Pioneer Courthouse Square under the cheerful glow of the town’s tallest Christmas tree. Advance tickets are on sale for $35 and include 14 tasting tokens. Here are the top 5 reasons why you should attend. 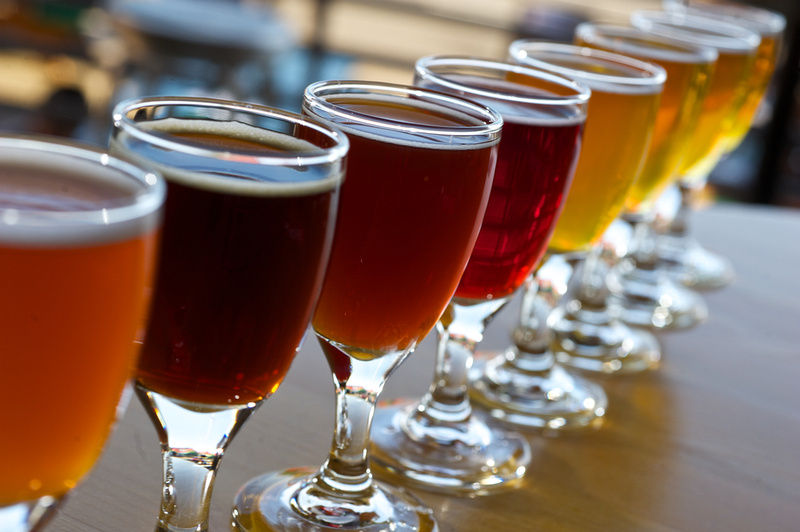 There are 50+ Christmas craft beers to try

You’re browsing the craft beer section at the liquor store and you’re hesitant to commit to a six pack of Ugly Sweater Milk Stout. How do you sample as many Christmas beers as possible before throwing down? At Holiday Ale Fest, you can taste all the novelty winter craft beer (cranberry imperial stout, gingersnap red, mead, bourbon-barrel-aged cider) before deciding which one (maybe Base Camp Brewing Company’s Dunkelrauch Weizenbock, Deluxe Brewing Company’s Dunkel the Halls, or Alameda Brewing Co. Admiration IPA) is going to be the season’s session ale.

You can take your time too, the festival ticket gets you re-entry for all five days of fun.

This is your only chance to taste these brews

Limited-release and special collaboration beers are the best way for the new guard of craft brewers to show off their skills. Many of the participating brewers have put together special recipes just for the Holiday Ale Festival. No wonder they say Christmas is the hop-hoppiest season of all.

Wearing a Santa suit (or ugly sweater) is thirsty work

The only thing more fun than a craft beer festival is a beer festival where everyone gets in costume. Whether your Santa cap is trimmed with real fur or a flammable blend, dressing up for a holiday party is warm work. Add hipster beards, ugly Christmas sweaters, heating lamps and 13,000 other attendees and you’re really going to need a cool pour of festively-spiced suds.

Craft beer gets plenty of attention in summertime during patio season and in autumn for Oktoberfest celebrations, but winter beers don’t get the notice they deserve. The more attention we pay to winter ale, the more craft brewers will make.

What is winter beer? Winter beer is the kind of beer you want to quaff when you’re sitting in front of the fire after a long day in the snow. Ideally, it’s hearty, warming and thirst-quenching. Tasting notes may include spice, molasses, chocolate, maple, and complexities from barrel-aging. It will pair well with comfort food such as root veg stews and Christmas cookies. See below:

Santa probably prefers milk because he has to drive a sleigh all night, but according to the world’s greatest experimental chef, elBulli’s Ferran Adrià, beer is the best drink for food pairings. Tis the season to match up beer and Christmas cookies. If you need a more substantial beer sponge, Holiday Ale Festival will have awesome Portland food vendors onsite as well as a Holiday Beer Sunday Brunch.

Looking for craft beer-themed Christmas gifts and fun closer to home? Check out the BC craft beer advent calendar by local brewers Central City and Parallel 49.