Lindsey Stirling is the hottest thing in electronic music right now, literally and figuratively. The violin-playing virtuoso has performed for audiences around the world, killing them softly with her unique blend of classical music in club beats.

In just a few short years, the former America’s Got Talent castoff has become a global superstar – Stirling’s official YouTube channel has six million subscribers and her videos have collected over a billion views combined. And she’s not bad to look at either (see photo above – hubba hubba, right?)

Stirling kicks off her The Music Box world tour at the Queen Elizabeth Theatre in Vancouver this week, and we’ve compiled a list of five random facts about the star you might want to know before the show. Nothing important – just useless trivia to impress your friends and annoy your coworkers. Ready?

1. She’s so over the whole America’s Got Talent thing

Stirling appeared on the show in 2010 after the show’s producers saw her videos on YouTube. She initially impressed the judges by playing the violin and dancing simultaneously, but was eliminated as a quarter-finalist after judge Sharon Osbourne told Stirling that her routine was “not enough to fill a theatre in Vegas.” Since then, Stirling has played to a sold-out crowd at the House of Blues in Las Vegas and headlined the city’s Bite of Las Vegas festival last year. To date, she has sold more albums than any America’s Got Talent winner.

Stirling has just two albums under her belt but has a pretty extensive catalogue of songs to choose from in concert. In addition to her original tunes, she often performs covers of her favourite video game themes. Stirling has played violin over dubstep remixes of themes from Halo, The Legend of Zelda and Assassin’s Creed III, all of which have accumulated millions of views online. And if that wasn’t adorkable enough, she has also put her unique spin on the themes from The Lord Of The Rings and Game Of Thrones as well.

3. She’s got some very famous admirers, including a few inspirational, Muppetational ones

Stirling has gone from covering her favourite artists to performing with them. She’s worked with John Legend and Jessie J, but her most interesting collaboration occurred when she teamed up with Josh Groban and the Muppets to cover “Pure Imagination” from Willy Wonka & the Chocolate Factory. The accompanying music video finds Fozzy, Rolf and the gang fawning over the ginger star, which of course doesn’t sit well with Miss Piggy. The two divas play duelling violins for a bit, but it’s clear who the real star is; when Kermit explains to Piggy that’s she’s being replaced in the video by Stirling because “Lindsey can actually play,” Piggy huffs and puffs and says “and that’s supposed to be a good reason?!!?!?” 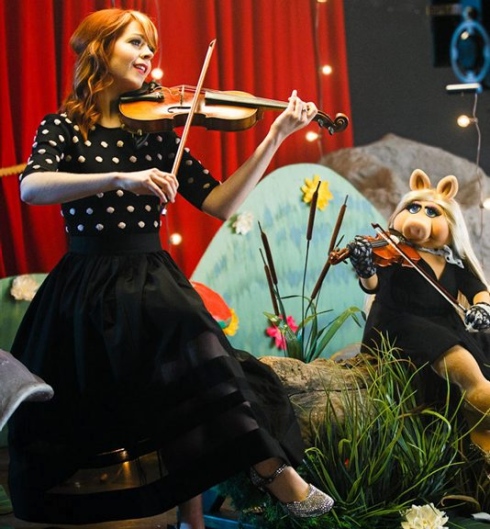 4. Lindsey’s fans call themselves “Stirlingites” and she takes song requests at her shows, but does the love affair end there?

Some Vancouver fans shelled out $173 to “upgrade” their tickets to Thursday night’s concert will participate in a Q&A with the star and get to meet her afterwards, under one condition: no funny business. According to Lindsey’s official website, fans are instructed, in BOLD CAPITAL LETTERS, that they “are not allowed to pick up Lindsey. Violators will be removed from the meet and greet and show. No refunds will be given.” It’s probably a joke, as Stirling’s official bio says she has “a symbiotic relationship with her fans” (the Oxford dictionary defines symbiotic as “a mutually beneficial relationship between different people or groups”).

5. She’s her own biggest fan

If you ever find yourself bored, googling “Lindsey Stirling random facts” in hopes of fleshing out a column, you’ll eventually stumble upon Phelba. According to her Facebook community page, Phelba is Stirling’s self-proclaimed “#1 fan!” and has Twitter and Instagram accounts devoted to all things Lindsey. But upon closer inspection, it’s kinda obvious that Phelba is really Stirling in disguise (the messy hair and nerdy glasses aren’t fooling anyone, girl). No word as to whether or not Phelba will attend Lindsey’s meet and greet Thursday night, but we suggest not picking her up either. 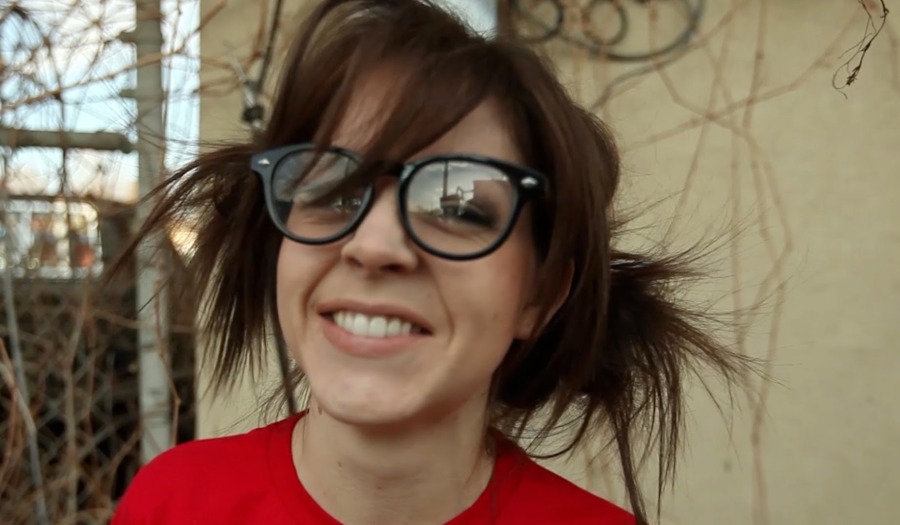