The third annual Capture Photography Festival returns to Vancouver for the month of April celebrating photography from a roster of both local and international artists. This year, the festival features over 100 free exhibitions, art projects, and events that are all open to the public in order to increase awareness of the cultural importance of photography in all of its forms.

“By highlighting new artists and new ways of thinking of about photography we hope to foster creativity and professional development within the photographic art community,” explains Capture Executive Director, Kim Spencer Nairn. “Our goal is to build on Vancouver’s rich history in lens based art by offering a program of new works that are accessible to everyone.”

Spread out across the city, we’ve highlighted 5 installations and exhibitions that you should definitely check out before the Capture Photography Festival wraps up at the end of April. 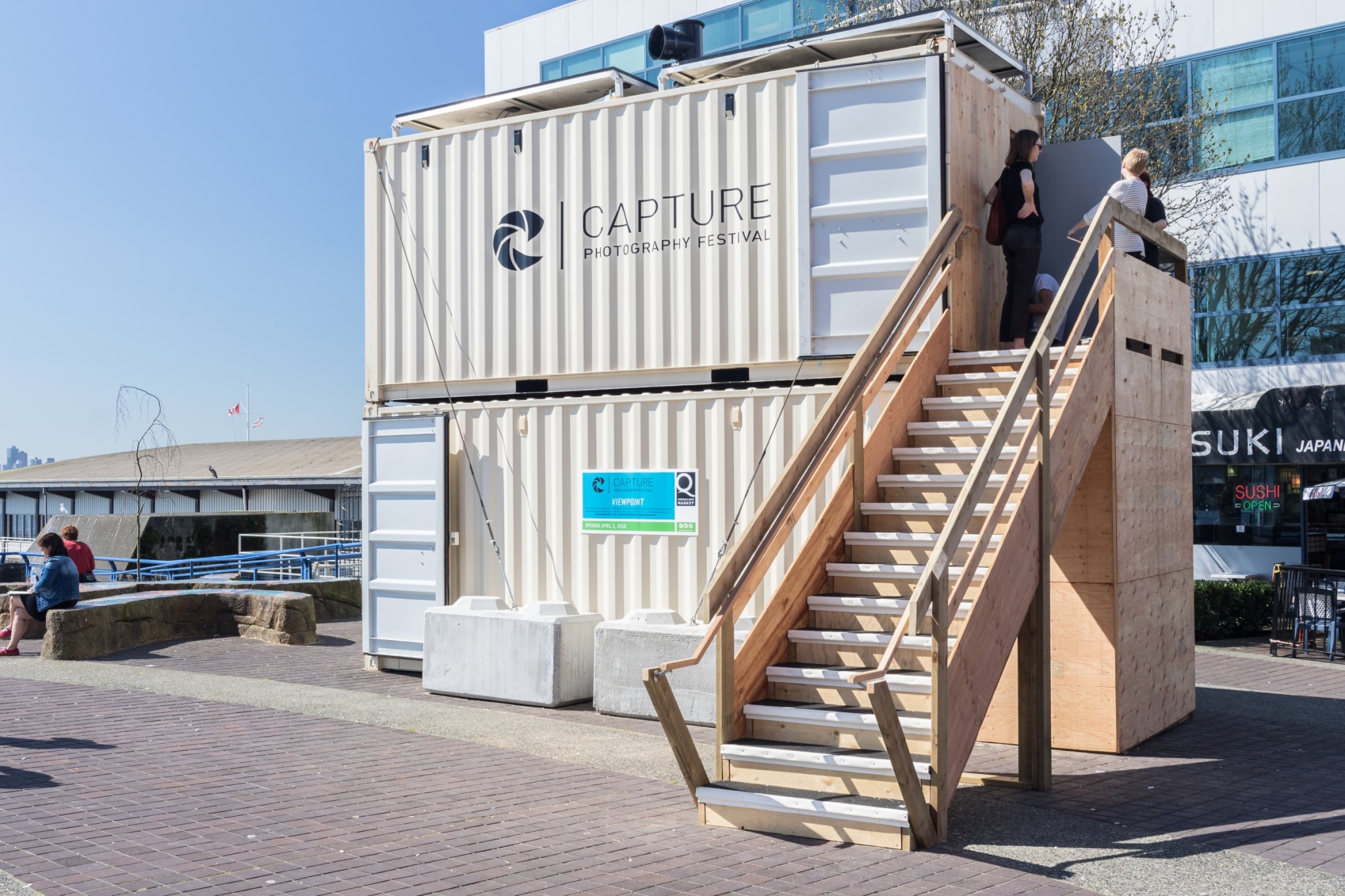 Viewpoint is a two-part project situated in North Vancouver’s Lonsdale Quay. Vancouver artist Erin Siddall’s Burrard Inlet Big Camera transformed a shipping container into a site-specific camera obscura that can be entered by viewers. This work acts as a thematic anchor for a second container that will be converted into an exhibition space and curated by Vancouver-based Cate Rimmer.

Please note that the installation will close in event of rain. Check out the website for more information. 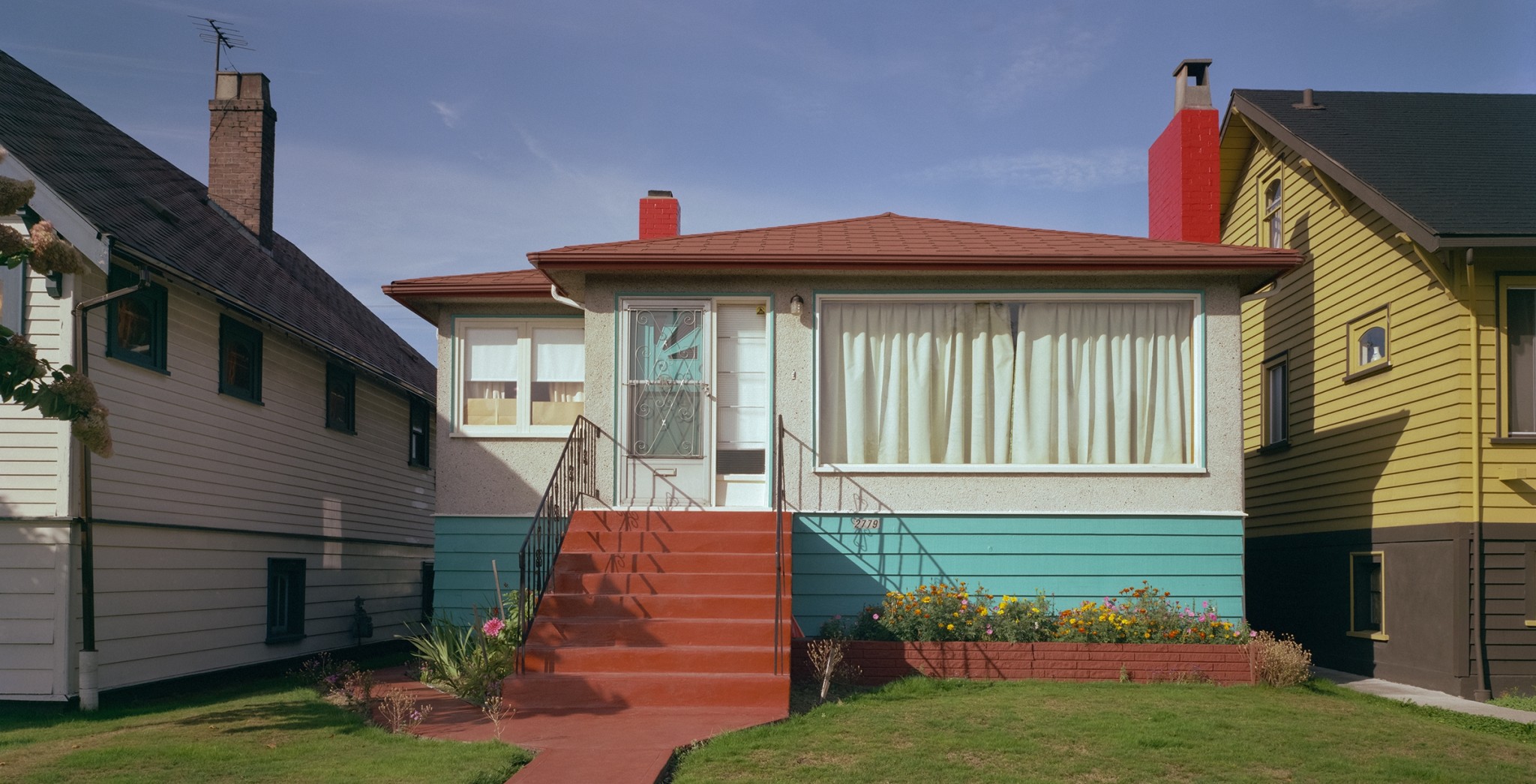 The Capture Billboard Project will consist of a series of historic works from Jim Breukelman. In the late 1980s Breukelman photographed Vancouver’s quirky and well-tended homes built throughout the 1930s and 1940s. This series, titled Hot Properties, captured these homes as they were slowly vanishing in areas of the city undergoing rapid redevelopment.

In the years following, the pace of redevelopment has quickened, yet many of the concerns are heightened due to a speculative real estate market, increased foreign ownership, and loss of affordability among the middle-class. Issues around loss of character also remain top of mind, as do more alarming trends of gentrification and displacement. The placement of these works on billboards often occupied by real estate ads presents viewers with a visual conundrum: How do you buy or sell something that no longer exists? 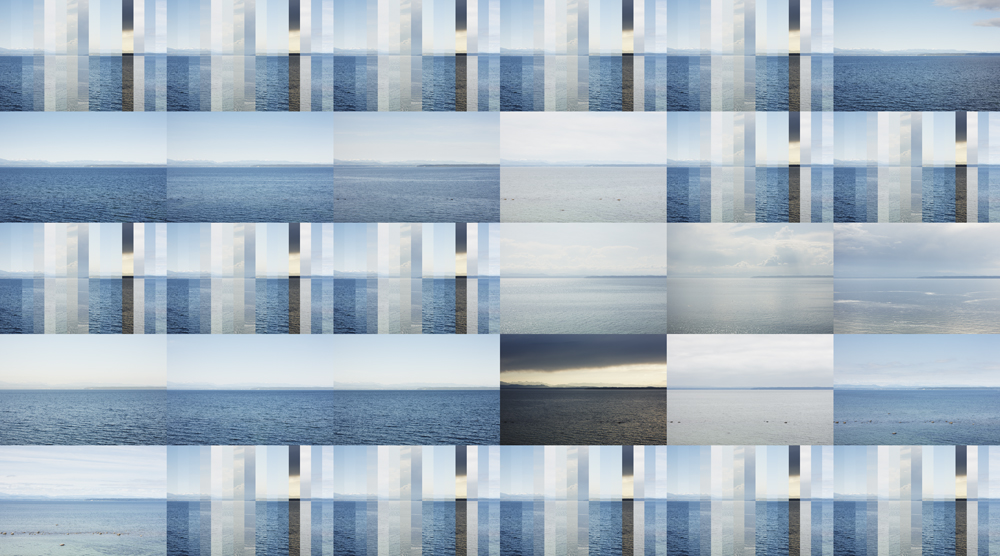 The Capture Canada Line Project consists of nine separate exhibition spaces, which are often encountered as one-offs, but remain inherently connected. Using the theme “Lying Stills: constructing truth with photography” as a way to investigate how photographers create and manipulate narrative, Capture collaborated with multiple institutions to install photo-based artworks on the exteriors of the Canada Line stations. 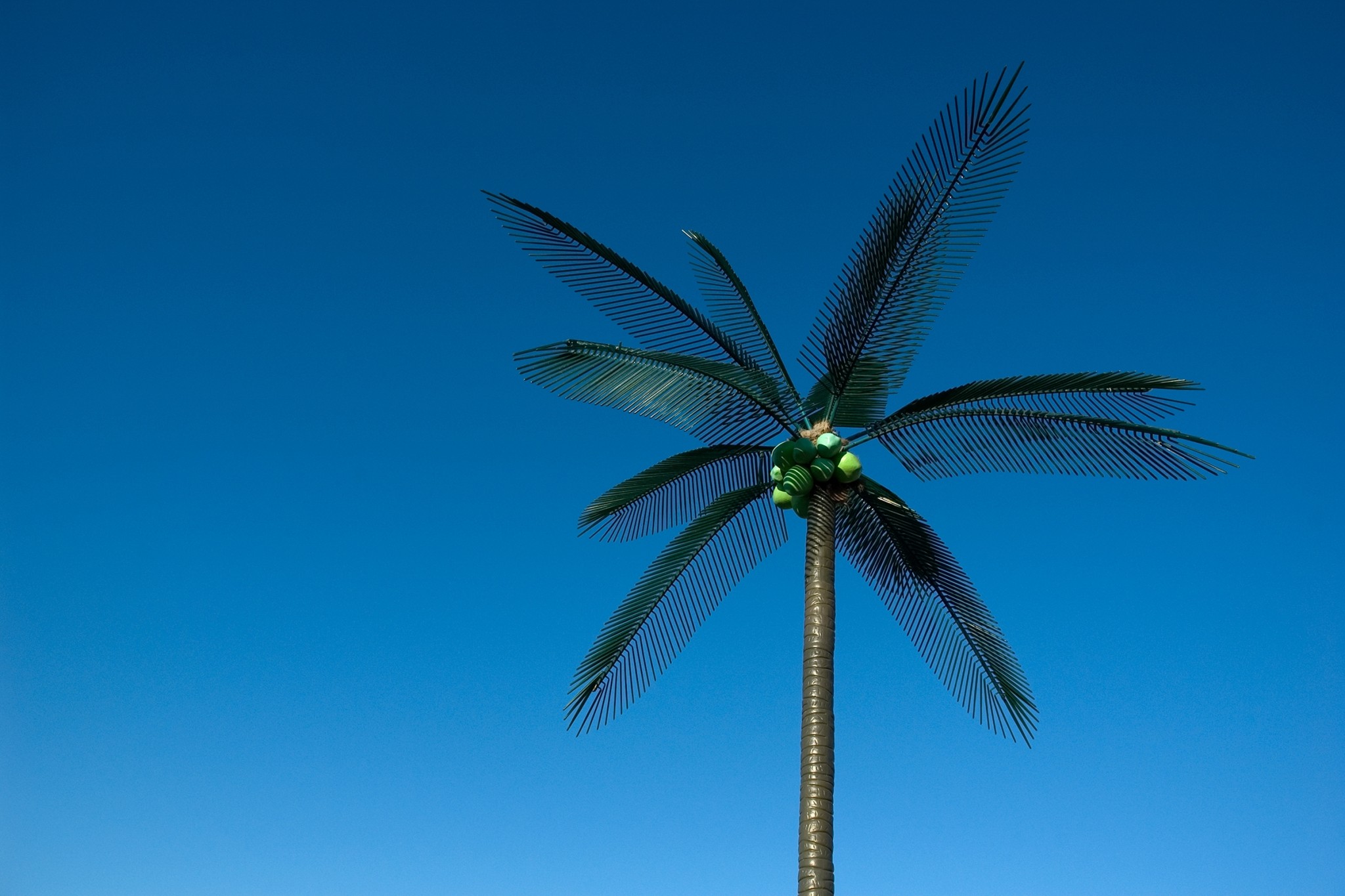 fake plastic trees presents artist Biliana Velkova’s observations on the branding and commodification of nature. She romanticizes, exaggerates, and complicates the exploitation of nature and nature as artifice, directly referencing tourist tropes found throughout the Saskatchewan prairies and Alberta’s Rocky Mountains.

Hours: Please call the gallery at 604-924-0122 in advance to verify hours before visiting 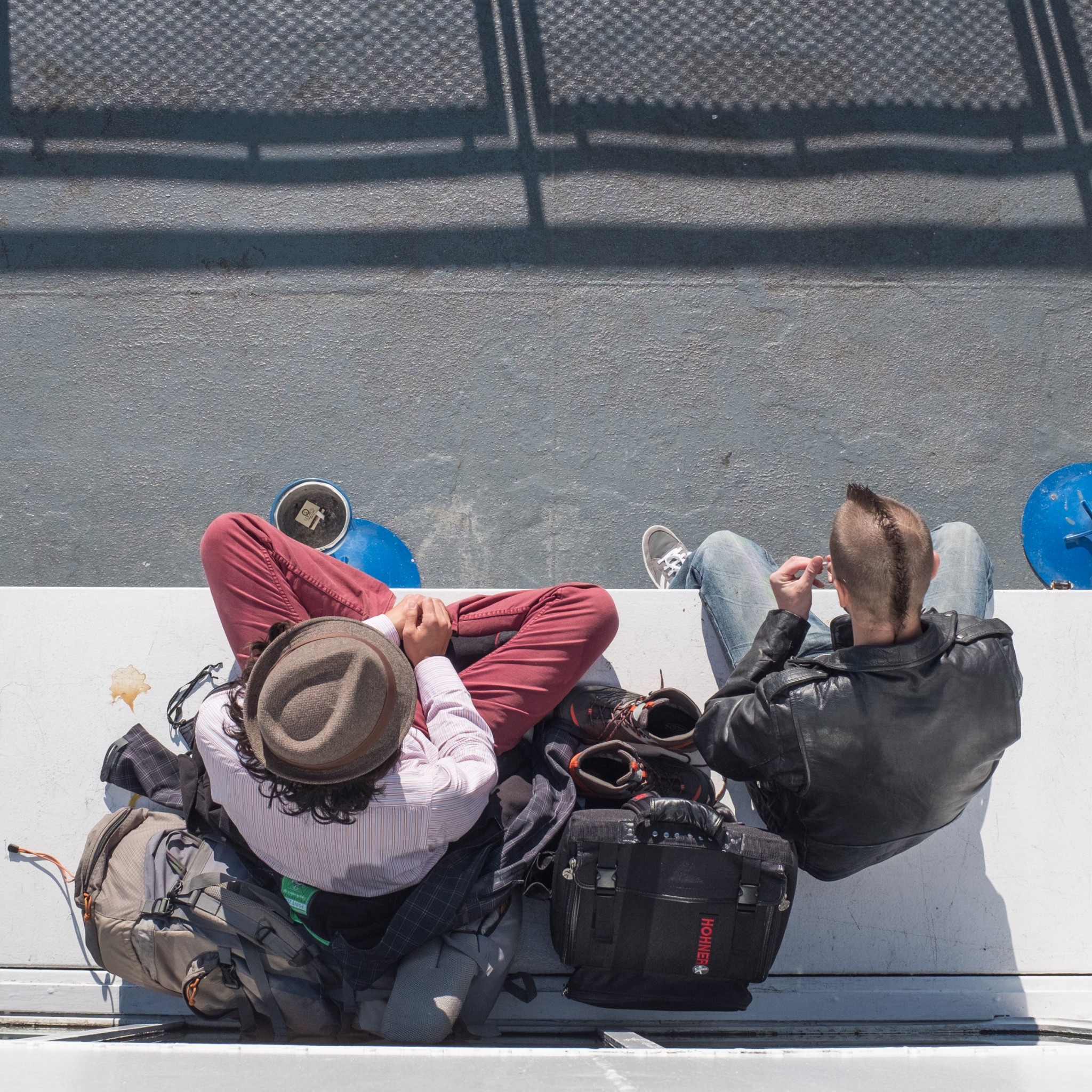 Strait Goods is a collection of images made while crossing the Strait of Georgia by ferry from the mainland to Vancouver Island on Canada’s West Coast by artist David Crompton. If the photographs are portraits, they are oblique portraits. Viewed from above, the subjects do not reveal themselves through their eyes but, instead, through their physical forms, gestures, clothing, and the personal belongings that surround them.

In the images passengers sun, smoke, and sleep through the seasons while the set remains essentially the same: an industrial grey ship deck, an ashtray, a garbage bin, and a line of lifejacket trunks turned furniture. The minimal geometric stage provides the perfect common denominator for these strangers to reveal their character and acts a catalyst for imagining the stories each of them might occupy outside the frame. Strait Goods began in 2011 and is an ongoing series.

Hours: Please call the gallery at 778-235-6928 in advance to verify hours before visiting