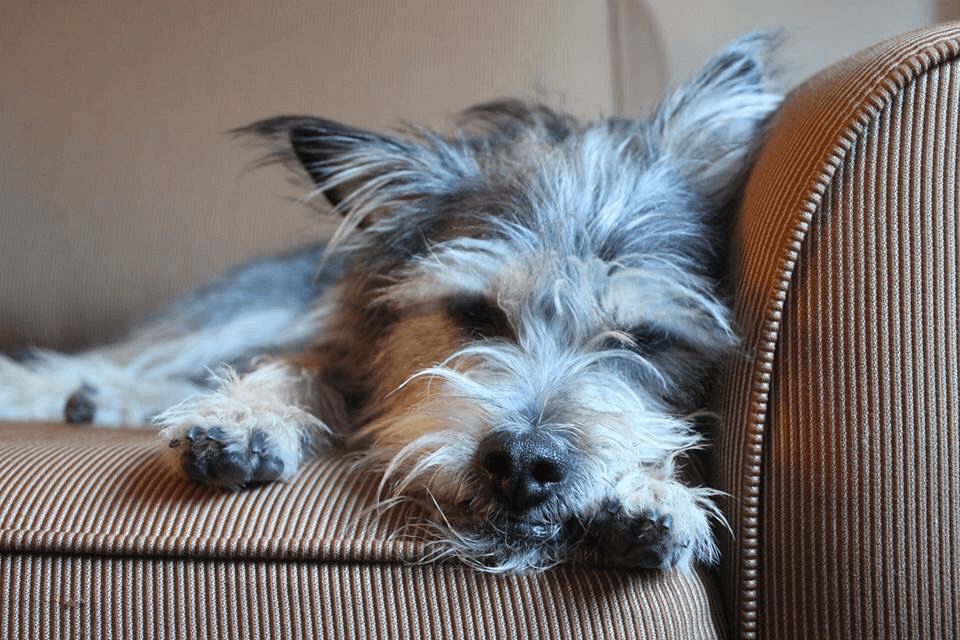 The story of my shelter dog is the same as millions of others each year. He was taken in as a stray and unclaimed. He was facing the death penalty, by no fault of his own, because he was in the US, and landed in a high-kill shelter that was too full to keep him.

But where his story takes a different turn is that someone took a chance on him. A nice rescue group from Vancouver picking up a van of dogs agreed to pluck the underweight mutt from the shelter after an appeal from a staff member, who said he was “just the sweetest.” They had called him Seymour, because of his under bite: you could literally “see more” of his teeth.

Adopting a dog with a sad story is easy. You fall in love with the narrative, the idea that you’re saving a life. It’s an amazing feeling, but there’s also a lot more to shelter adoption: training, frustration, stress and, hopefully, a lot of love.

Here are the lessons I’ve learned from taking in a difficult rescue pup. 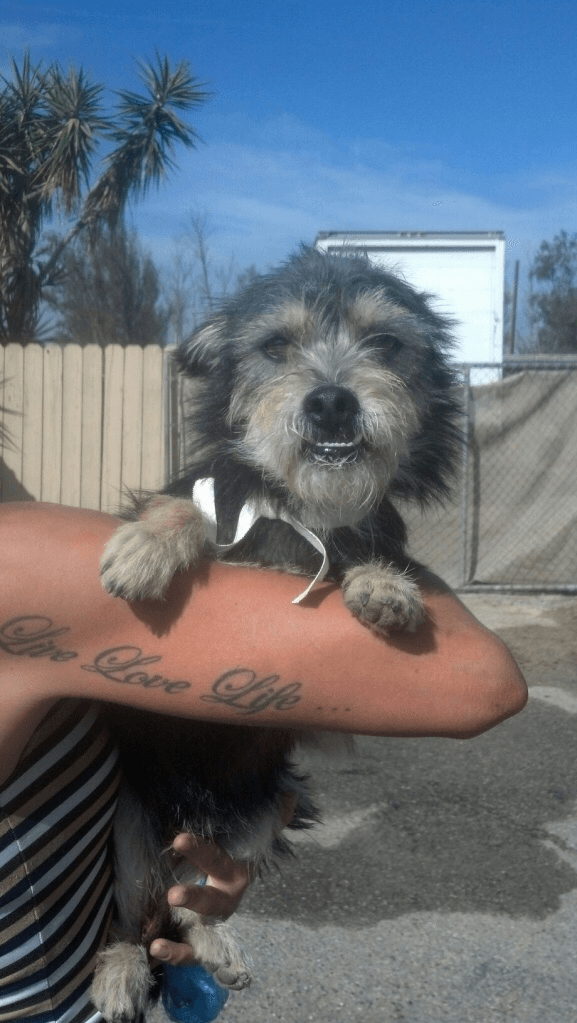 A filthy and skinny Seymour in shelter in San Bernadino, Cali.

Bringing Seymour into our home was like adopting an alien. We had no idea about his history, or even what age he was. Was he housetrained? Would he tear our house apart? Could he be alone for more than four hours? Would he get along with our other dog?

A pleasant surprise was that he was a perfect gentleman inside. Never had an accident, took right to his bed, and played nicely with our other dog.

But like many dogs coming from a shelter setting, Seymour was nervous and anxious, and scratched the front door up the first time we went out without him. He screamed like a tiny, angry human being. It was surprising, especially given his small size. To put it mildly, he wasn’t perfect.

To calm his nerves, I took time off work. I switched shifts for a few weeks so he initially wasn’t alone for more than four hours. I would go home at lunch to take him out. I took him to doggy daycare, and for lessons with a positivity-based trainer. We practiced gradual leaving exercises: leaving him alone for a minute, then five, and gradually working up to an hour. It worked wonders, but it took a lot of resources. Be prepared to sacrifice time, money and maybe your furniture for this new being. 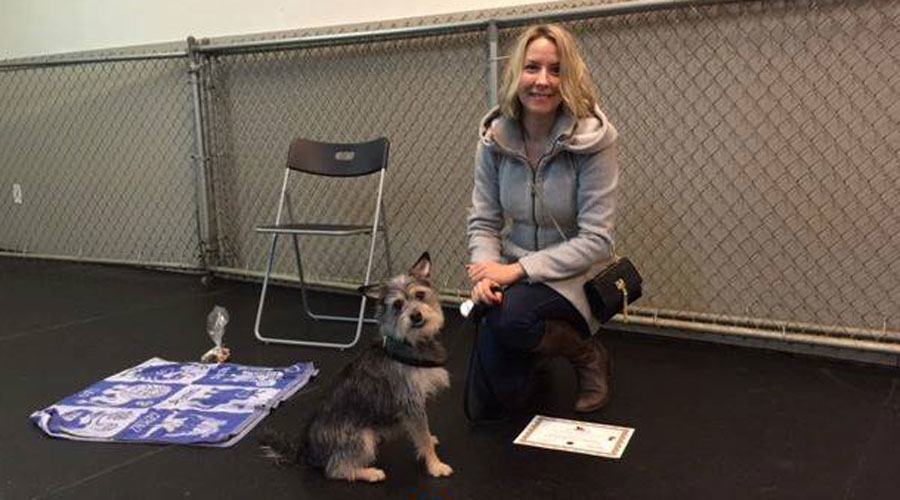 As Seymour struggled with anxiety, we started monitoring him through an app that streamed video and audio to our phones. I quickly learned that he would stand on our coffee table during the day – and bark out the window at anyone walking in our courtyard.

There was more. We initially believed that Seymour was abandoned by his former owners, but the longer we had him we started to believe that he was actually a runaway. Being half Jack Russell terrier, Seymour could jump like a spring, and easily scaled the five-foot fence at our cabin. He also was able to get out by digging underneath. Although we didn’t anticipate a very small dog being able to scale a very large fence, we spent a few weekends securing the perimeter. Don’t underestimate your new rescue dog. 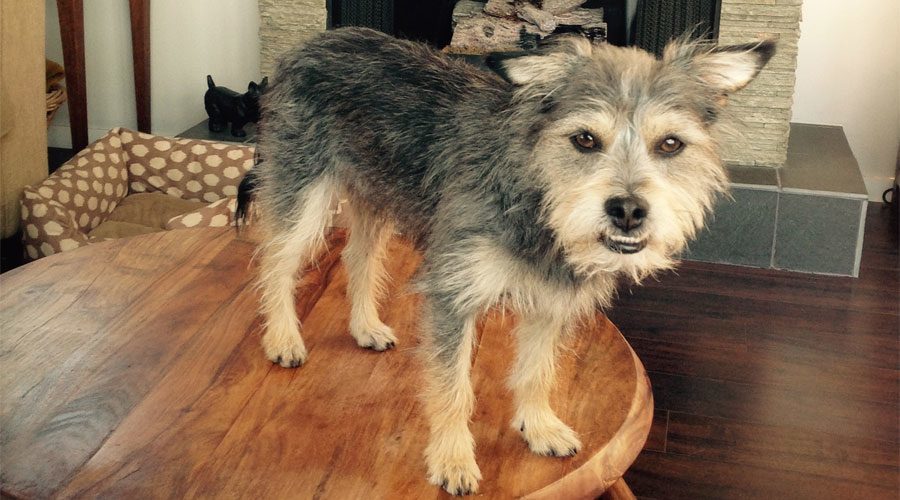 To dull Seymour’s anxiety, we gave him a good hour of exercise before work in the morning. We took him jogging. If we were going out at night on the weekend, we took him hiking for hours until he was dead-tired. And it helped. When he was tired, he would crawl under the bed before we left the house, instead of standing in front of the door. He was too tired to be stressed out. We started seeing a trainer, who was able to identify what his stress triggers were, and how we could alleviate them. Providing a Kong stuffed with peanut butter before leaving the house was a god send. Through exercise and training, Seymour became a much better dog. But it was just as much about training us as it was about training him. 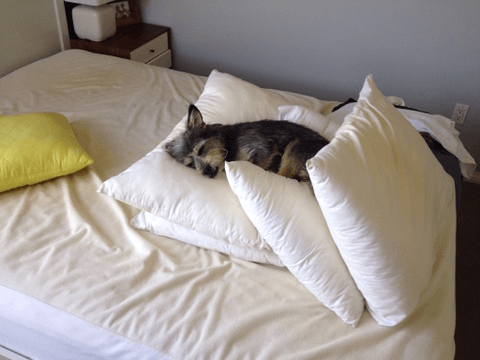 An exhausted Seymour not waiting for new sheets on the bed.

There will be setbacks

After months of Seymour seeming totally okay, our neighbours nicely informed us that he was, in fact, not. He was making a lot of noise while we were out, which was problematic, given that we share a wall with two other homes. So back came the gradual departure exercises, weekly dog daycare trips, and switching shifts so he wouldn’t be on his own all day.

I was frustrated, but my dog trainer said not to be. Rescue dogs aren’t like a school exam you’re trying to ace. They are living beings, often times suffering some demons that can rear their head at any time. Strive for progress with your pup, not perfection, and you’ll be a lot happier. Don’t beat yourself up if you have to take a few steps backwards every once in a while. Don’t get discouraged. Be patient. 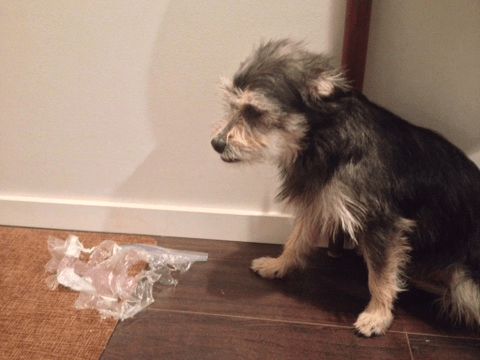 Caught after stealing and eating a full bag of dog treats.

It’s all worth it

Someone once told me that their rescue dog seemed to have a sense of appreciation. Like somehow the dog knew that they were rescued, and you were the person that saved them. I believe it. They almost seem grateful. Although Seymour can be a handful, he is just the most joyous pup, the biggest snugglebug, and brings me immense happiness every single day. He is my running partner, my couch buddy, and our other dog’s best friend. And knowing that we saved his life just makes it all a little bit sweeter. There are millions of great pets in shelter right now looking for a happy ending, and you can make that happen. It’s worth it.

If you want to share the story of your amazing rescue pet, tweet me, or email me: [email protected] 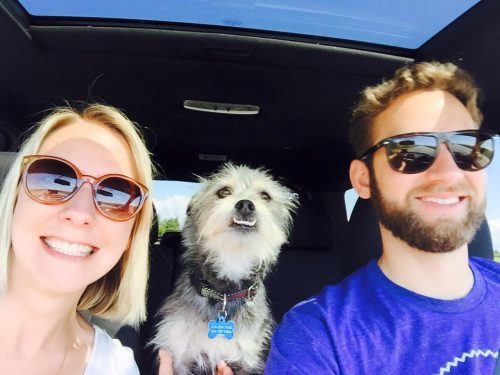 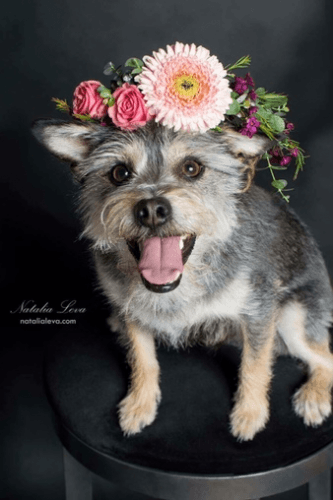 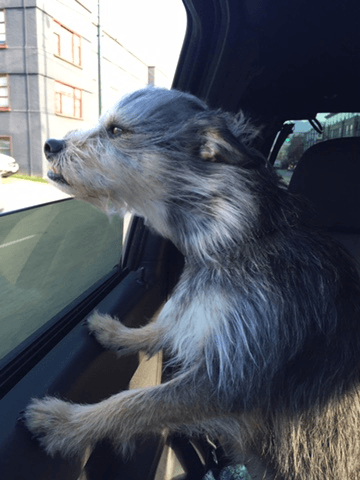 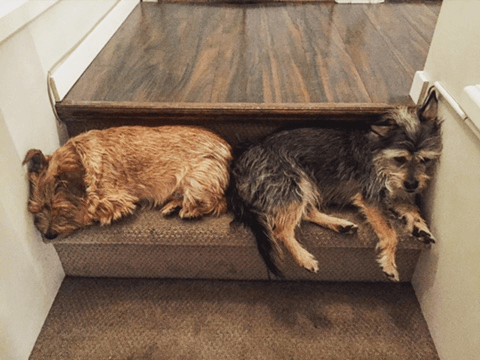