Portland is like bacon: impossible to resist. While Portlandia satirizes the city’s handcrafted aesthetic and progressive politics, visitors flock to this Pacific Northwest hub to indulge in the best. The best what? With a super sophisticated food scene (minus fine dining snobbery), more craft breweries than any other city in North America, and tax-free shopping for fine handmade goods, Portland embodies the loftiest ideals of the Great American Hipster.

Caveat: Portland has so much bounty to offer that you cannot possibly cover it all in one go. But here’s a carefully-curated list of five cool things to do in Portland, to help you narrow it down.

5 Cool Things to Do in Portland, Oregon 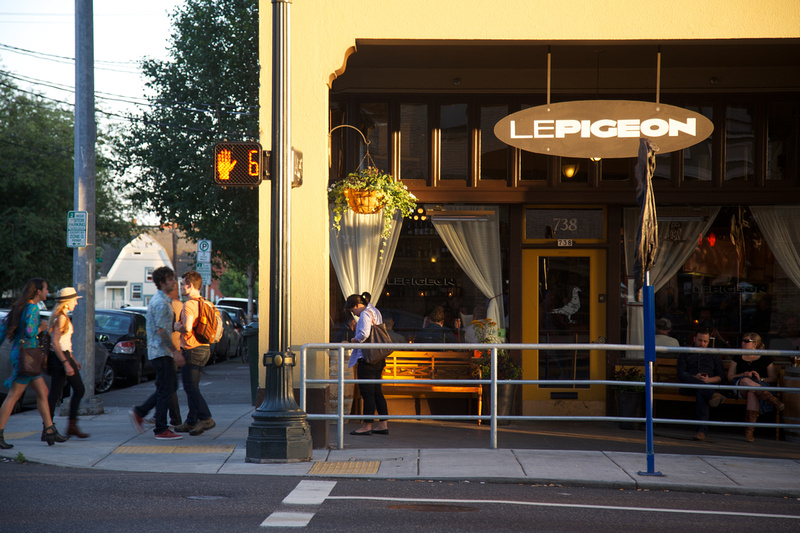 Everyone seems to want a seat at Ava Gene’s, the upscale Italian restaurant on SE Division Street by the clever team behind Stumptown Coffee. The Bon Appetit reviewer, who ranked Ava Gene’s as the 5th best new resto in America in 2013, raved about their veg sides. Apparently Chef McFadden is the guy who started the nation-wide kale salad craze.

Le Pigeon is a stalwart on the best of Portland list. Located in East Burnside, chef Gabriel Rucker is skilled at contrasting the highs and lows in cooking–for example hanger steak with Hawaiian pizza flavors – pepperoni, pineapple, jalapeño. Tasting is believing. 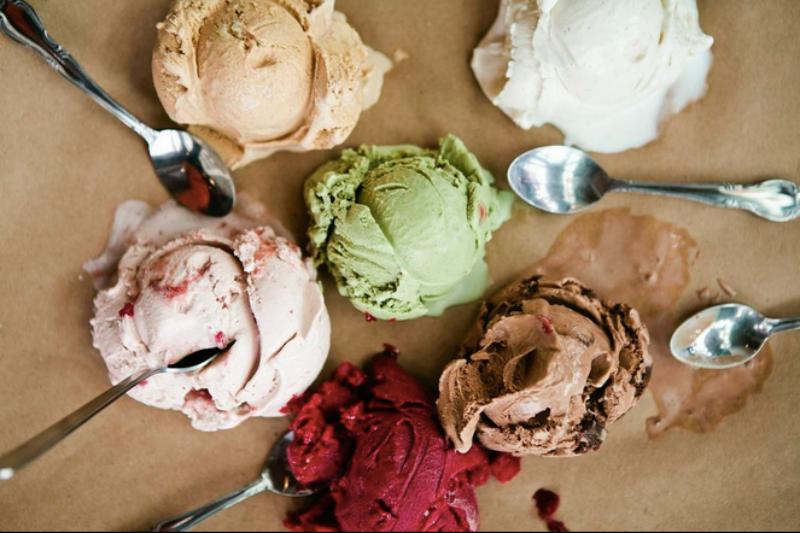 Here are some top spots for a daytime indulgence. Lardo is a must-visit for lunch. This food-cart-turned-brick-and-mortar-restaurant is a sandwich shop that celebrates excess, but has an eye for detail. “Dirty fries” are hand-cut and smothered with parmesan, fragrant, fried herbs and pork belly scraps. The Pork Meatball Banh Mi is clumsily big-boned but dressed in delicately spicy sriracha mayo and house-pickled veg.

Food carts justify their existence when they totally reinvent (and rock) a specific genre such as tacos, crepes, sandwiches, etc. Portland has over 600, but we’ll single out Whiffies. Whiffies stuffs sweet and savoury fillings (brisket; peaches; peanut butter pudding) into a crust made with a family recipe. The Eureka moment comes when they deep fry each hand pie until tender, flaky, crunchy and liquid merge into mouthgasms of what-just-happened? 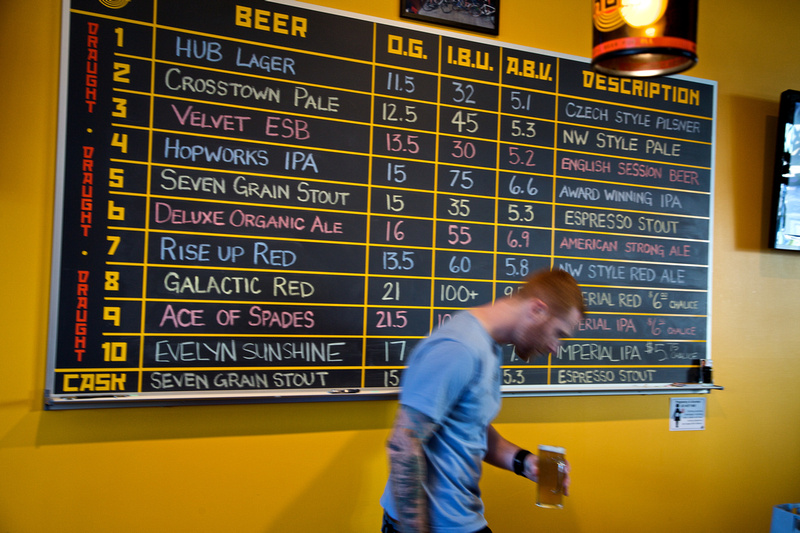 As much as you may despise the moniker Beervana, it fits. Portland is home to over 50 craft breweries, more craft breweries than any city on the planet. The first craft breweries appeared in the 1980s. Widmer Brothers is one granddads of Portland’s beer scene. It’s a solid bet for those looking for a quality brewpub with more regular folk than bearded hipsters. Of the newer breweries, Hopworks Urban Brewery is an eco-brewpub with organic beers and a bikebar location that services a busy Portland bike-commuting route.

For craft cocktails, Portland bartenders (who know) head to Rum Club, which is rum-focused as you might expect, and Teardrop Cocktail Lounge, featuring an array of locally-themed yet historically-referenced cocktails that’s mind boggling even before you’re sipping the sauce. 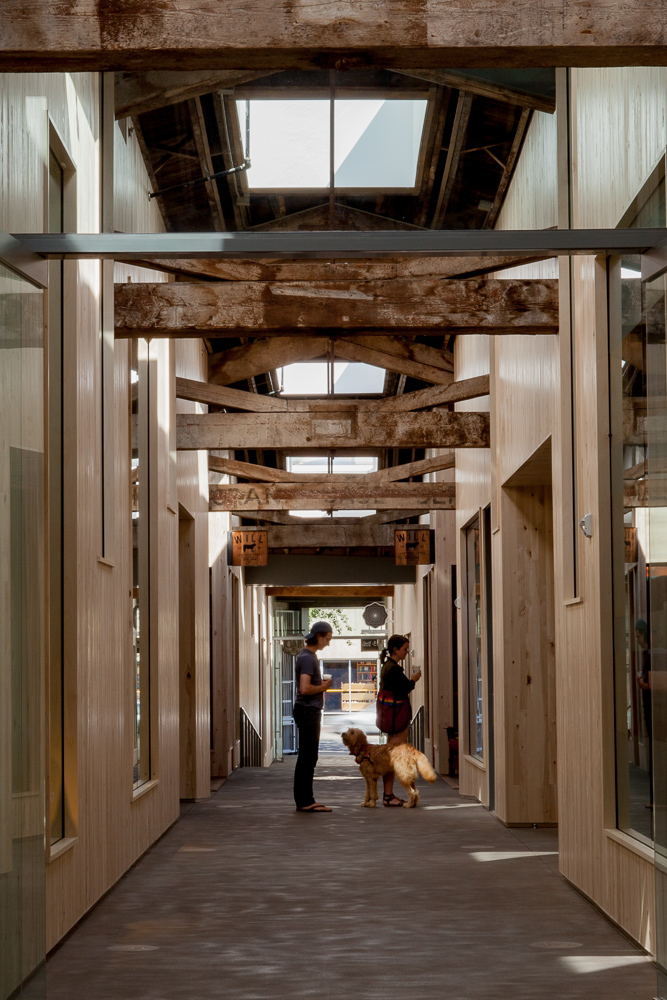 All shopping in Portland, whether at big-box stores or in independent boutiques, is tax free. Of the many Portland shopping districts, one of the hottest new destinations is Union Way, an attractive fusion indoor-outdoor shopping corridor, which links downtown Portland to the Pearl District. The corridor starts at Ace Hotel and finishes at Powell’s Books, a tourist heartthrob and America’s largest independent bookstore. Along the way, you’ll encounter carefully-curated boutiques such as Spruce Apothecary (locally-made beauty products), Steven Alan (casual American ware), Danner (iconic Oregon boots) and Self Edge (denim bar). 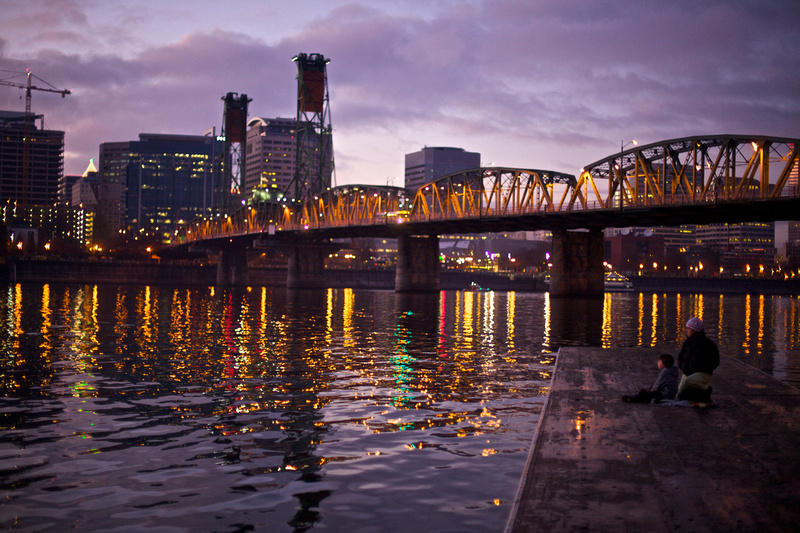 Quintessential Portland = biking along the Willamette River which runs through the heart of the pretty City of Roses. The riverside bike loop offers a scenery-packed, three-mile jaunt that starts downtown in Waterfront Park. From the west end of the Hawthorne Bridge, head north past the Portland Saturday Market and the 1947 sternwheeler Portland, now home to the Oregon Maritime Museum. After 1.5 miles you’ll reach the Steel Bridge. Ride across and turn right (south) onto the paved Vera Katz Eastbank Esplanade, with a great view of downtown across the river. To close the loop, traverse the floating walkway and continue to the east end of the Hawthorne Bridge. Head back downtown and you’ll be in good company: some 7,000 riders roll across Oregon’s busiest bicycle bridge every day. Read up on where to rent bikes here. 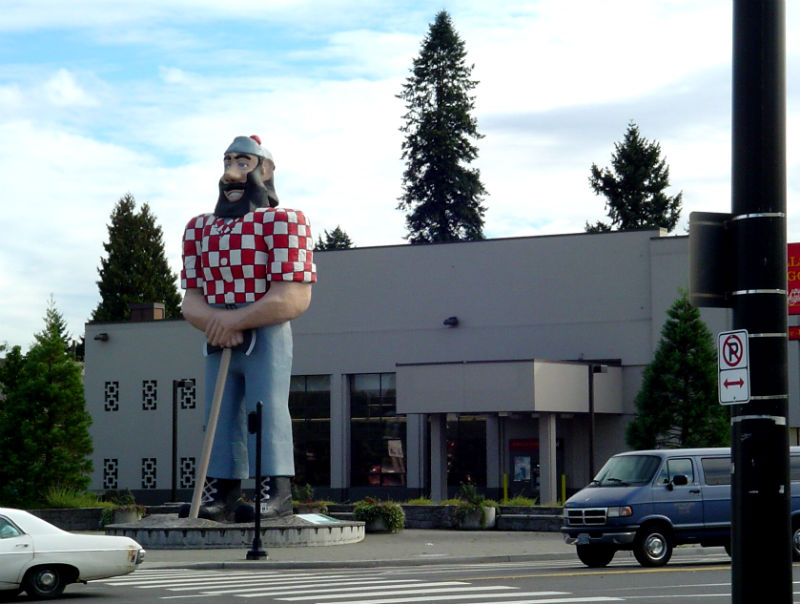 The worldwide obsession with Portland as the capital of quirky cool tends to forget this former lumber town’s frontier roots. To get a peek of pre-hipster Portland, catch the light rail to the North Denver Avenue stop to view a 31-foot-tall statue of logger folk hero Paul Bunyan. Although Bunyan is wearing plaid and sporting a beard, he is not a recent addition. The humble giant was put up in honour of the 1959 Portland Centennial Exposition.

Getting there: Portland is five hours south of Vancouver. If you don’t have your own vehicle, hop on a train, Bolt Bus or check a Vancouver rideshare board to find someone heading that way.

What’s your favourite thing to do in Portland? Leave a comment below!