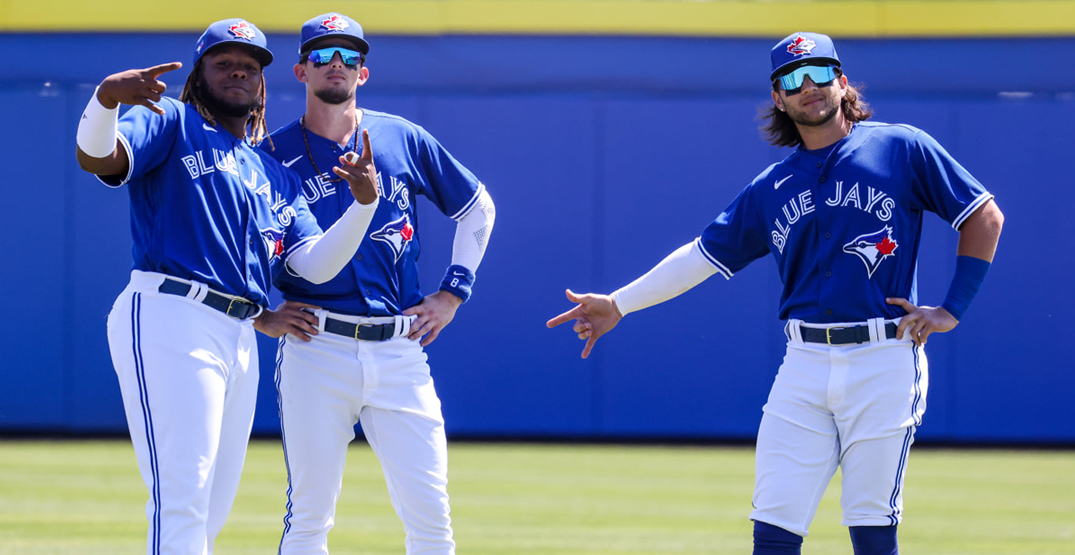 Predictions are a fool’s errand, but what are we if not hopelessly foolish for the teams we love? And what’s another year of baseball if not for some foolhardy predications about the 2021 season?

The Toronto Blue Jays made some big bets in free agency this winter with George Springer and Marcus Semien, and for the second consecutive offseason, they weren’t afraid to pay big bucks for marquee players.

While the Blue Jays were benefactors of MLB’s expanded playoff system last year, the path to the postseason will be that much harder.

Maybe we’ll come back and revisit how outlandish these predictions really were, but in the meantime, these are five bold predictions for the 2021 Blue Jays. 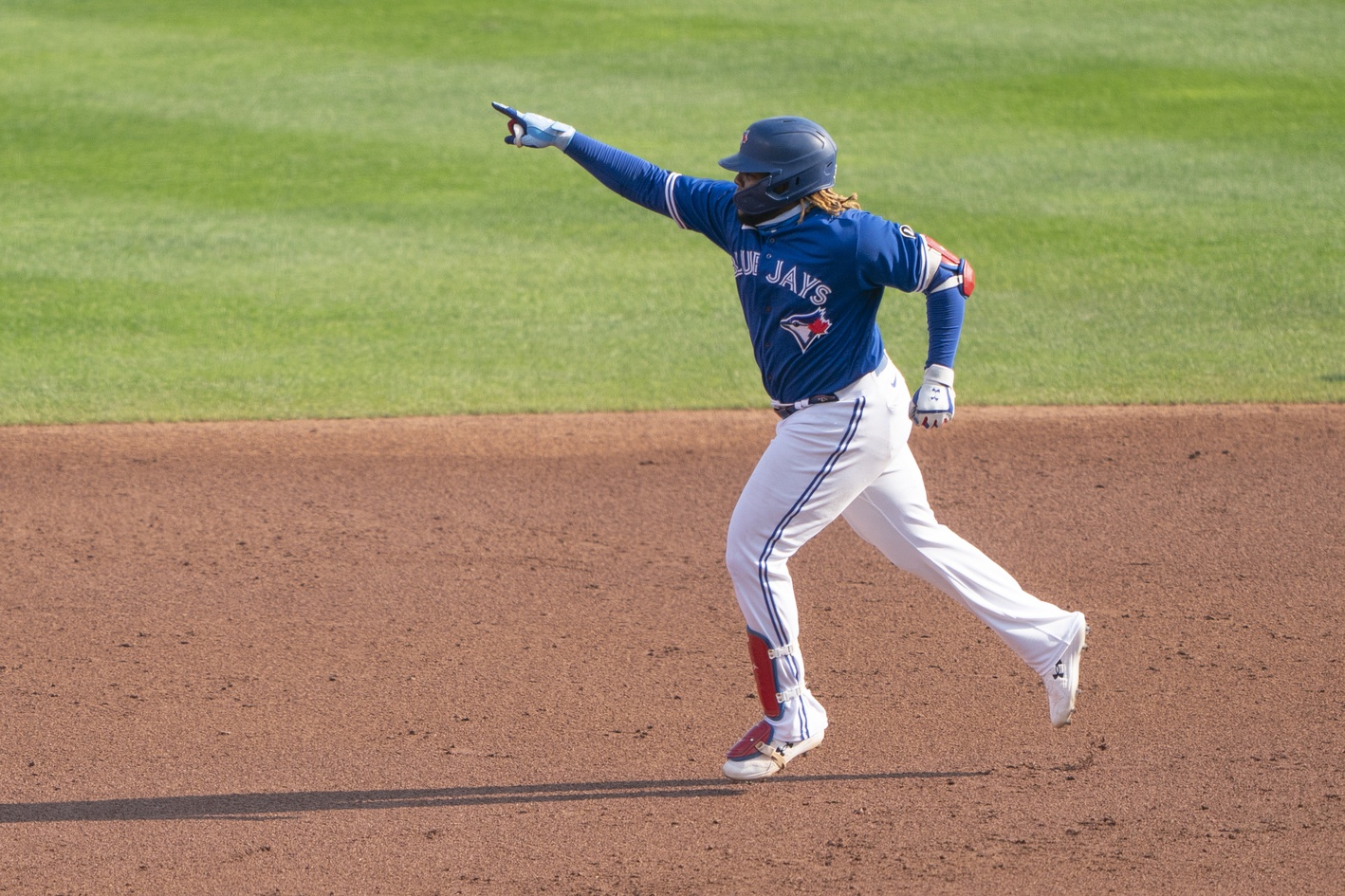 It’s been two years in the making, but the third time around, Vladimir Guerrero Jr. is poised to do damage in 2021. If this season doesn’t usher in his long-awaited coming out party, will it ever arrive?

He’s done and said all the right things this offseason. Guerrero Jr. shed 40-plus pounds this offseason, he’s taken a shining to first base, and he hit the ball with authority and ferocity in spring training. Vladdy checked all the boxes the Blue Jays wanted to see heading into 2021.

The question is, will it translate into the regular season? He’s had hot stretches in the past, but he wasn’t immune to ice-cold runs at the plate, combined with poor defence at third and first base. That can’t be the ideal recipe for confidence at the field.

Going into 2021, Guerrero Jr. has certainty about where he’s playing on the diamond, he looks healthier, he’s destroying the baseball again, and that’s bad news for opposing American League pitchers.

Projections forecast Guerrero Jr. to hit somewhere in the neighbourhood of 26-28 home runs in 2021, but I think he sails well past that; reaching the 40 home run threshold and leading the American League in home runs.

2. Semien (not Springer) is the big free agent contributor in 2021 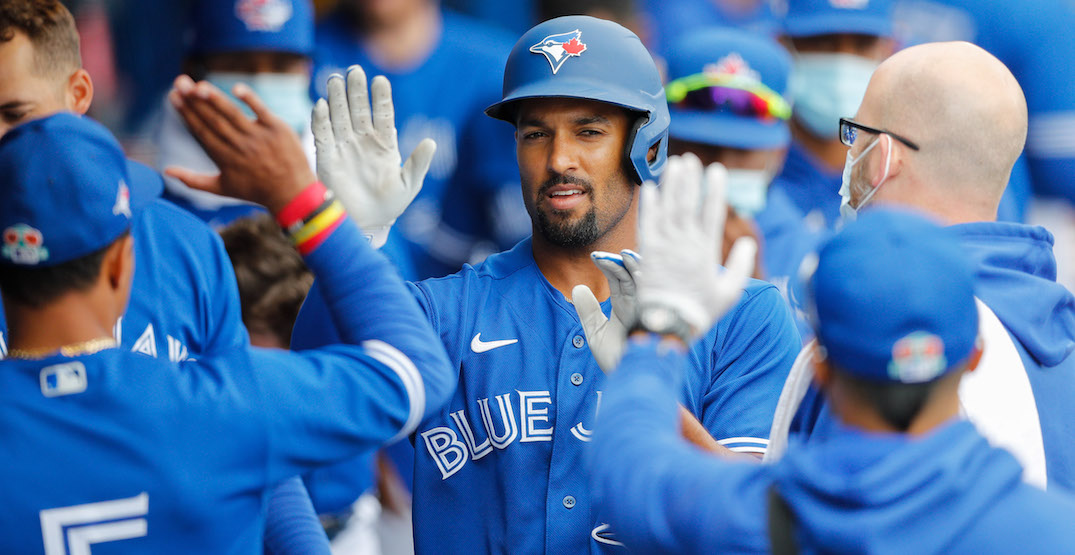 The Blue Jays hope for big things from their $150 million man in George Springer, but don’t sleep on the player who cost the team $18 million on a one-year rental deal: Marcus Semien.

While Springer becomes the de facto captain of the Blue Jays outfield, Semien comes over to Toronto as an eight-year veteran with three years of postseason experience under his belt. He’ll captain this young Blue Jays infield, consisting of youngsters like Guerrero Jr., Bo Bichette and Cavan Biggio.

The Blue Jays are trying to ease Springer back into the fold after he suffered an abdominal injury, which can be tricky. Semien starts the season healthy, which was one of his hallmarks as an Oakland A: staying injury-free and contributing on both sides of the ball every day.

He reached the peak of his career in 2019, securing a top three MVP finish, and while 2020 was forgettable for many reasons, Semien rallied for the A’s in the playoffs and put forth solid performances against the White Sox and Astros.

The 30-year-old is also a plus-defender, and even though he’s changing positions this year, expect him to make some slick plays for the Blue Jays at second base. Ultimately, I think this leads to Semien being the bigger contributor over Springer in 2021. 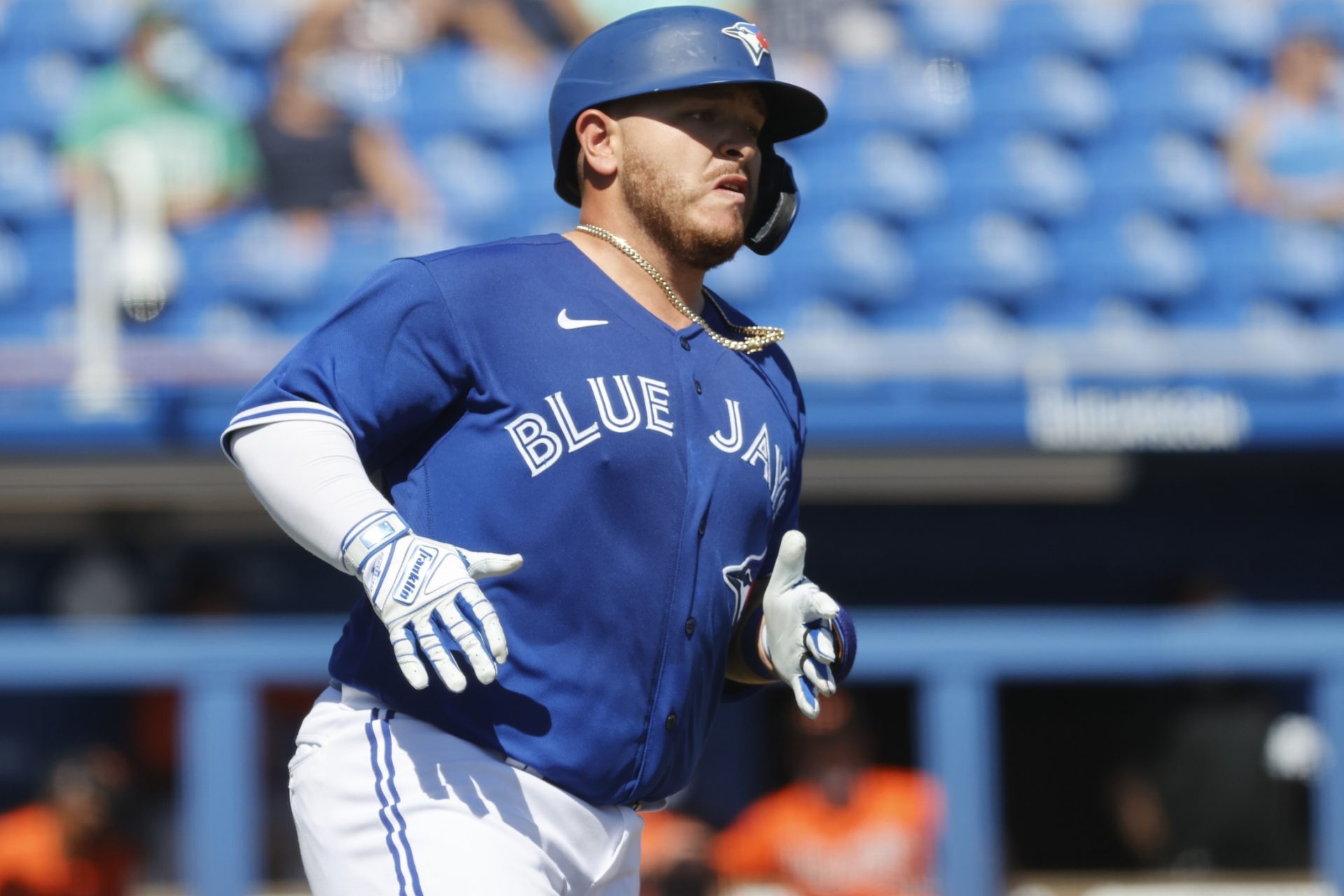 He’s only 22 years old, but Alejandro Kirk has already become a household name among Blue Jays fans. With only nine big league games to his name, Kirk defied odds last year by making the leap from single-A to the majors.

It was a tiny sample size, but it’s easy to see why the Blue Jays choose to promote their young backstop; the bat is tantalizing, and he’s no slouch behind the plate.

Kirk begins the season as the understudy to Danny Jansen, but since Jansen set the bar so low last season for production from Blue Jays catchers, it might not take Kirk all that long to overtake Jansen behind the dish.

Over the last two seasons, Jansen caught the lion’s share of Blue Jays games, and in fairness to him, it was a revolving door of pitchers, so he had a ridiculous workload of repertoires to learn and games to call.

Talented players ultimately make those decisions for front offices and coaching staffs, and at some point in 2021, Kirk will take the reins as the Blue Jays’ everyday catcher … and he won’t look back.

4. Blue Jays load up big time at the trade deadline 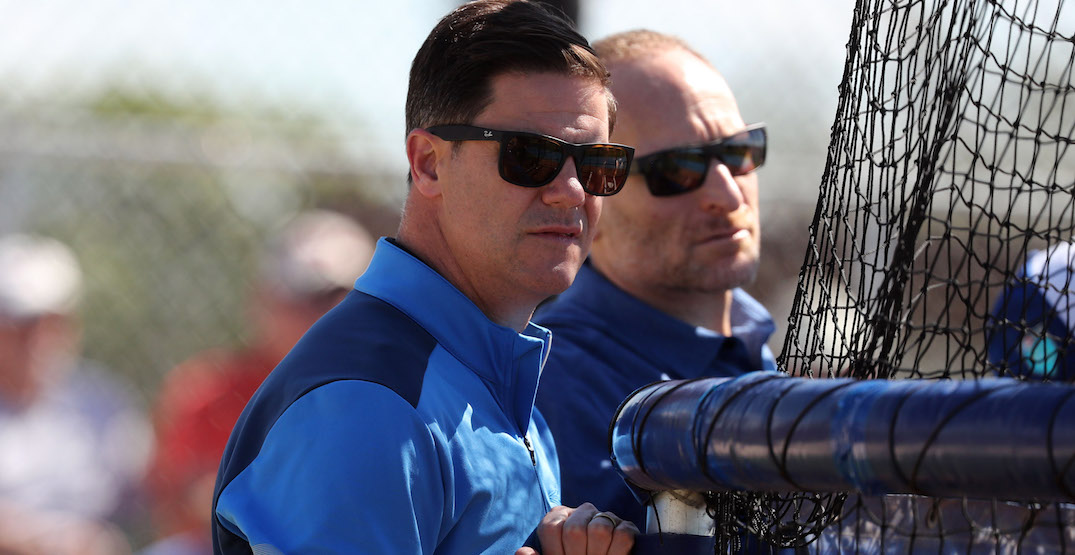 Unless things go incredibly sideways for the Blue Jays in the first half of the season (and we’re talking first half of 2013 disastrous), they’ll be buyers at the July 31st trade deadline.

Whether they’re in the market for pitching, hitting, or both remains to be seen, but contenders always load up on starters and relievers.

With MLB returning to its traditional 10-team playoff format (rather than the expanded 16-team playoff system last year), clubs on the cusp of contention might be less inclined to part with prospects or MLB-ready players this year.

The Blue Jays are rich in prospects, and they didn’t spend $186 million in the offseason to not double down at the trade deadline and push for a playoff appearance this year.

Depending on which teams drop out of contention and become sellers, players like Luis Castillo and Mike Moustakas could become available from the Reds. As could Kyle Hendricks and Kris Bryant from the Cubs. Any of these players could help push the Blue Jays over the top in 2021.

It may not be as fast as furious as the 2015 trade deadline, but so long as the Blue Jays are within striking distance of a playoff spot, expect them to be just as active in July in the trade market as they were in free agency this past winter.

5. The Blue Jays (not the Yankees) win the AL East 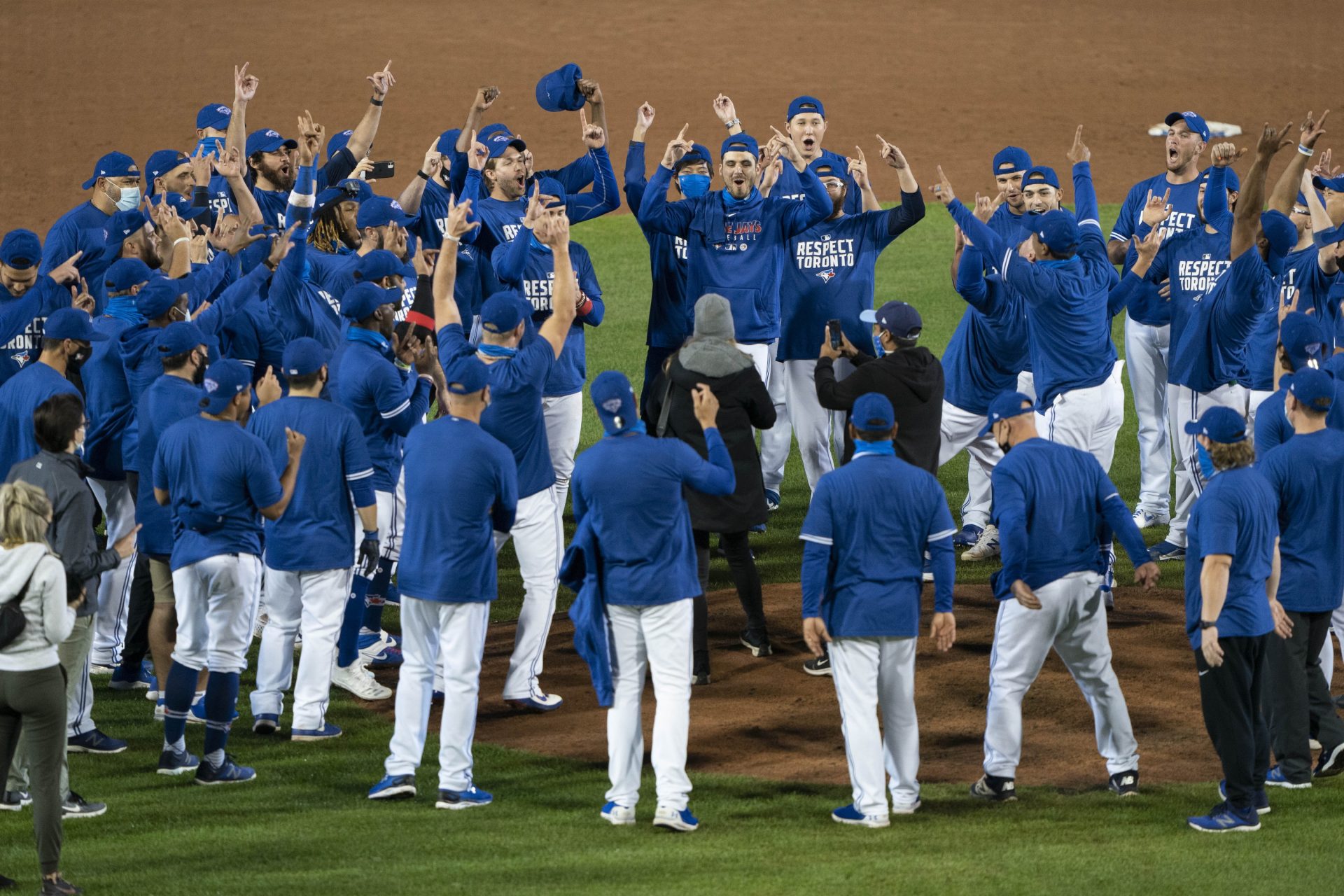 Projection models like PECOTA and FanGraphs forecast the Blue Jays to win around 85 to 87 games this season. The entire division would need to collapse for a team to capture the AL East crown with only 87 wins, but if things break right, the Blue Jays’ win total could soar past 90 wins.

Think about it; the Tampa Bay Rays took a step back this offseason after making it to Game 6 of the World Series last year and trading away a former Cy Young award winner. The Red Sox are in the thick of a rebuild, just like the Blue Jays were a few years ago.

The biggest threat to the Blue Jays winning their seventh division title is their rivals in the Bronx. The Yankees have just as many question marks in their rotation as the Blue Jays, and they arguably have the spottier lineup compared to Toronto.

Starting pitching is the weak underbelly of this Blue Jays team (and the same could be said for the Yankees), but as mentioned above, it only makes sense that the Blue Jays double down their efforts to make the postseason by bringing in pitching reinforcements at the trade deadline.

On paper, the Blue Jays have the firepower in their lineup to out-slug the Yankees in the regular season, the question is: can the Blue Jays win the war of attrition in the pitching department?

I believe they can, and if their starting pitching can stay afloat, they’ll sail all the way into October.