Portland, Oregon is a Neverland for restaurants where any type of concept bar or eatery is possible. It’s not enough to have a regional theme and use local inputs; in Portland there’s got to be a more imaginative hook.

A sushi bar-format cheese restaurant. A cocktail bar that serves pancakes and waffles as booze-sponges. A Mexico City-style chicken rotisserie. A Nordic French pastry luncheonette. An insanely imaginative cocktail and snack lounge inspired by the ambiguity of expatriates. You get the idea. We’re excited about all of these new, or previously overlooked, Portland establishments.

Keep a soft spot in your heart for the tried and true Portland darlings like Ava Gene’s, The Woodsman Tavern, Le Pigeon, Apizza Scholls, and Pok Pok.

But use our suggestions below to discover something new on your next trip to PDX. You won’t be sorry.

5 bars and restaurants in Portland you need to try now 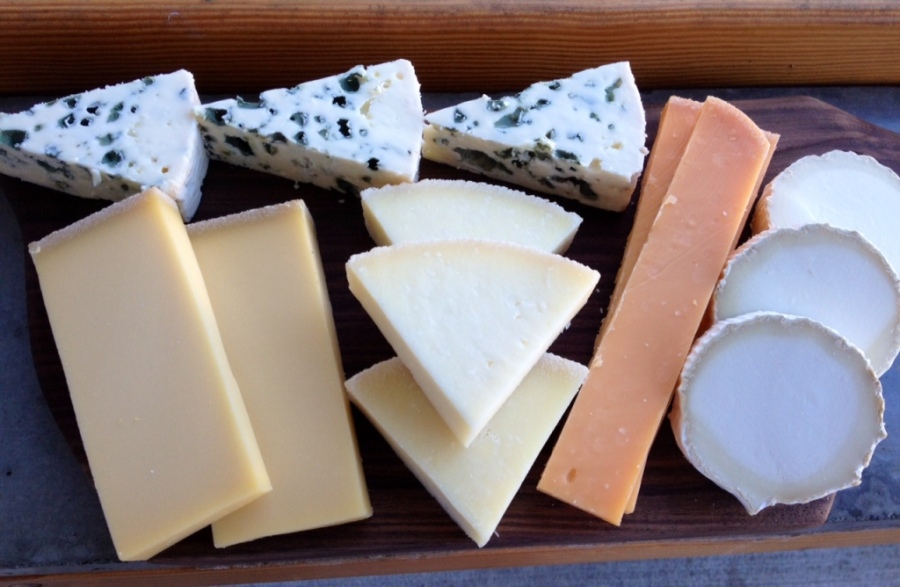 You’ll stumble across this Japanese-style fromage bar in downtown Portland, conveniently next to Multnomah Whiskey Library. Owner Steve Jones is Portland’s most famous cheesemonger; this is his passion project. Sit at the bar and tick your selections off a sushi-style card from the 30 or so perfectly ripe cheeses available that day. Or leave it in his capable hands and order “omakase,” a custom selection for you based on what you want to spend. There’s also charcuterie and sophisticated wine/beer list. 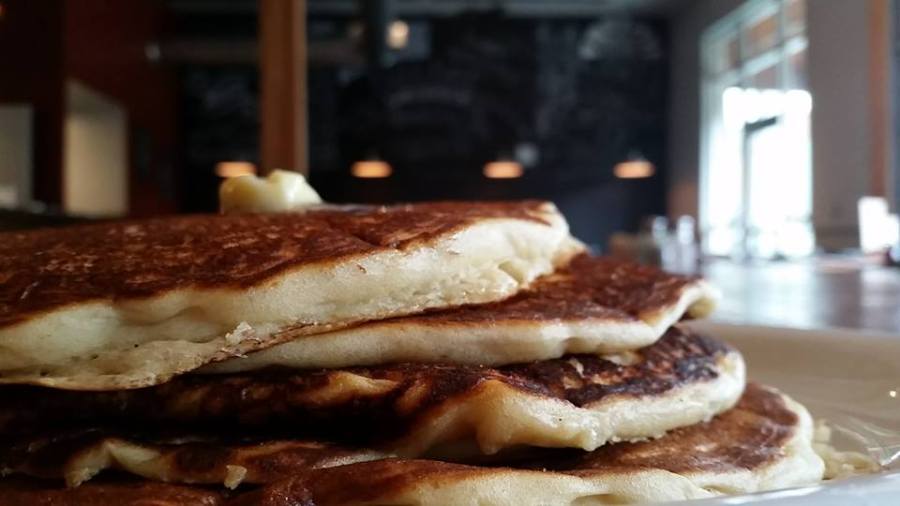 Described by Eater as spot where you can have your hangover food while creating your hangover, we’ve got to tip our hats to this groundbreaking restaurant. They opened in NE Portland in March 2015 and have taken PDX brunch and late-night dining by storm.

The menu consists of items made with batter. Pancakes, crepes and waffles come sweet or savoury and topped with everything including Asian-fried chicken and house-ground peanut butter. The bar serves cocktails as well as craft beer, wine, coffee, and smoothies.

Have your breakfast for breakfast or have it for dinner. The crowd depends on when you show up hungry. 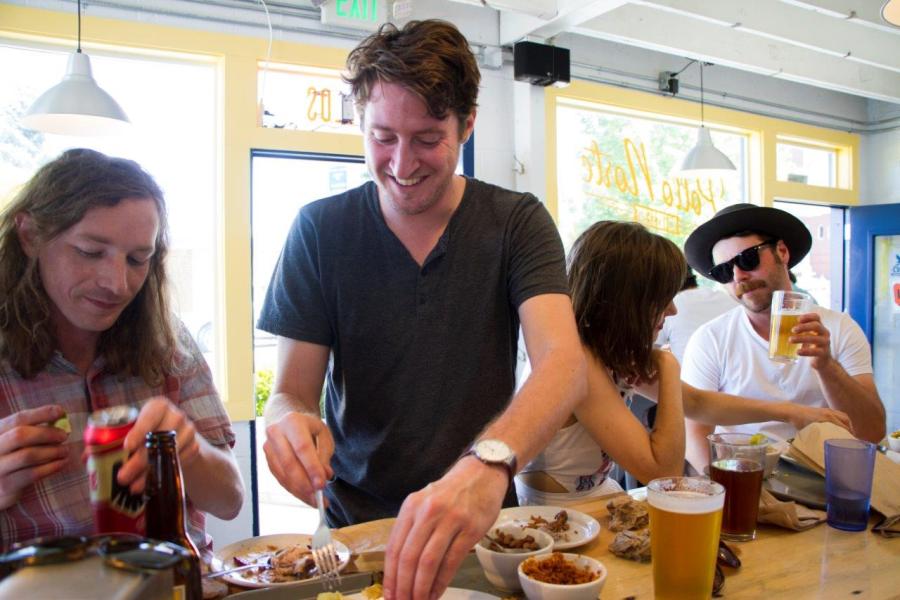 If you already know about Mexico City’s obsession with rotisseries, you’ll be over the moon for this spot, which opened in Northeast Portland in December 2014. If you haven’t ever been, just go here. In their meticulous efforts to be authentic, Pollo Norte has outdone the rotisseries south of (two) borders.

Free-range birds are available by quarter, half, or whole. They’re seasoned with achiote, sea salt, lime and chile. They come with house-made tortillas. The other sides sides — pinto beans with pork shoulder and bacon, potatoes with pan drippings — get us reminiscing about Brooklyn’s Fette Sau BBQ, which was the last time we loved beans and potatoes this much.

They have a new patio, just in time for summer. Hang out and order the signature micheladas. 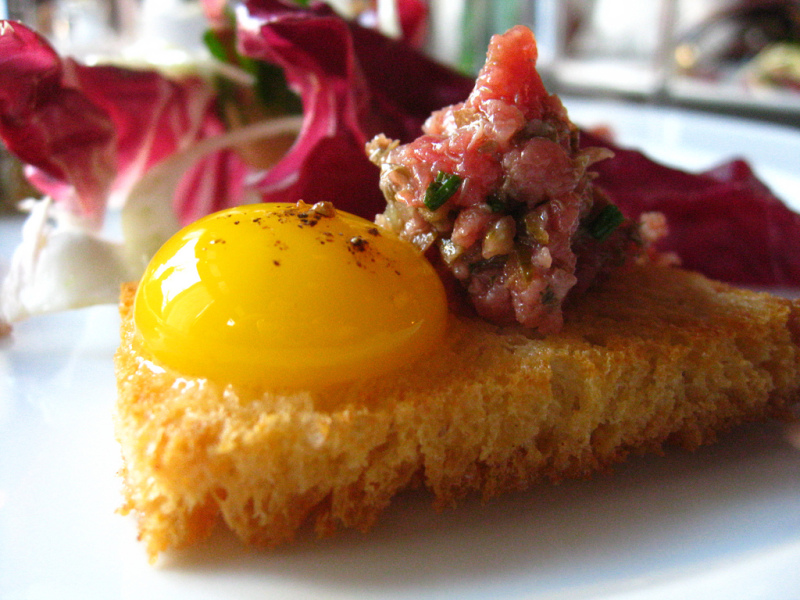 James Beard Award-Winning chef Naomi Pomeroy is known for her nose-to-tail cuisine at Beast. Just across the street from Beast restaurant you’ll find her shadowy and alluring bar Expatriate, a venture with her bar star husband Kyle Webster.

Expatriate is still under the radar for visitors but always throbbing with locals. The drinking snacks are where you can really see Pomeroy’s international food fantasies realized. James Beard’s onion and butter sandwich is on the menu along with Chinese-sausage corn dogs and wonton thai chili nachos. The must-order cocktail is the potent diplomatic pouch, served in a bag and made with secret materials. 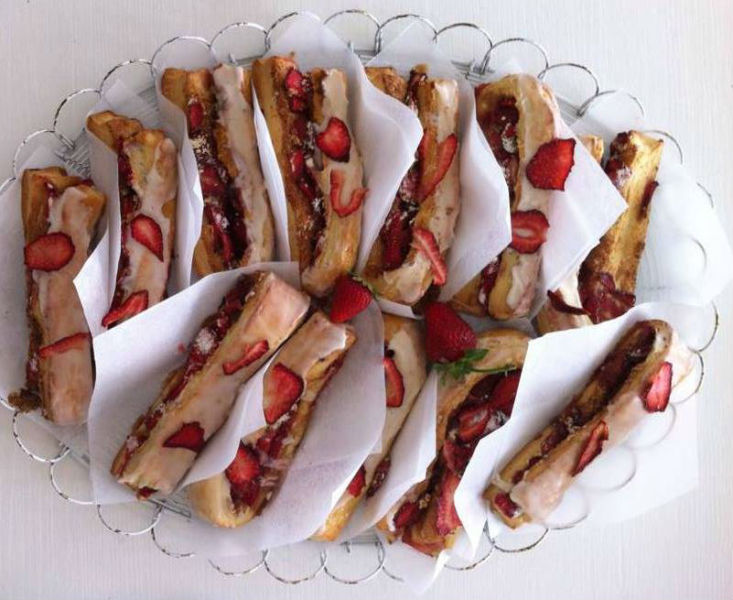 Kristen D. Murray, Portland’s most talented pastry chef, has created a world where the sweet/savory divide is about primitive as the distinction between good and evil is to Nietzsche.

Where else can you order black pepper cheesecake, Norwegian lefse pancakes with meatballs and quince dulce, duck confit quiche, and oysters on the half shell?

Everything is prepared with care and plated beautifully. Her lemon souffle pudding cake had Bon Appetit columnist Andrew Knowlton swooning, although he notoriously prefers whiskey to dessert.

“Le menu” at this pretty white luncheonette is inspired by Murray’s roots, which include Norwegian heritage, a childhood romping in gardens in Southern Cali, and a working in France with pastry goddess Christine Ferber.

Portland is a 5 hour and 20 minute drive from Vancouver. It’s one hour and ten minutes by air from YVR. If you don’t have wheels, check the YVR rideshare board to find like-minded folks heading the same direction.

Mid-range consistently good hotels with their own bars and restaurants include The Ace and the McMenamins range of brewpubs and inns. Use Oregon vacation rentals to find a self-catering option.