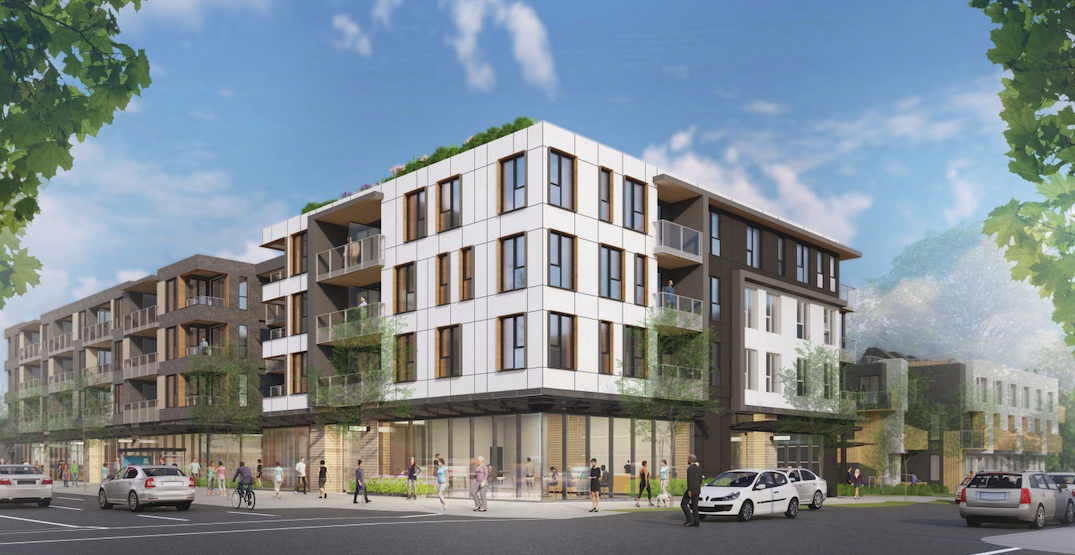 A modest mixed-use redevelopment is proposed for the northwest corner of the intersection of East Broadway and St. Georges Street in Vancouver’s Mount Pleasant neighbourhood.

On behalf of Reliance Properties, Integra Architecture has submitted a development application for 471 East Broadway, which is a half-block property currently occupied by a 1953-built, two-storey office and warehouse building.

The property is just east of Kingsgate Mall and a short eight-minute walk from SkyTrain Broadway Extension’s future Mount Pleasant Station at the southwest corner of Main Street and East Broadway. Its ownership changed hands in June 2018. 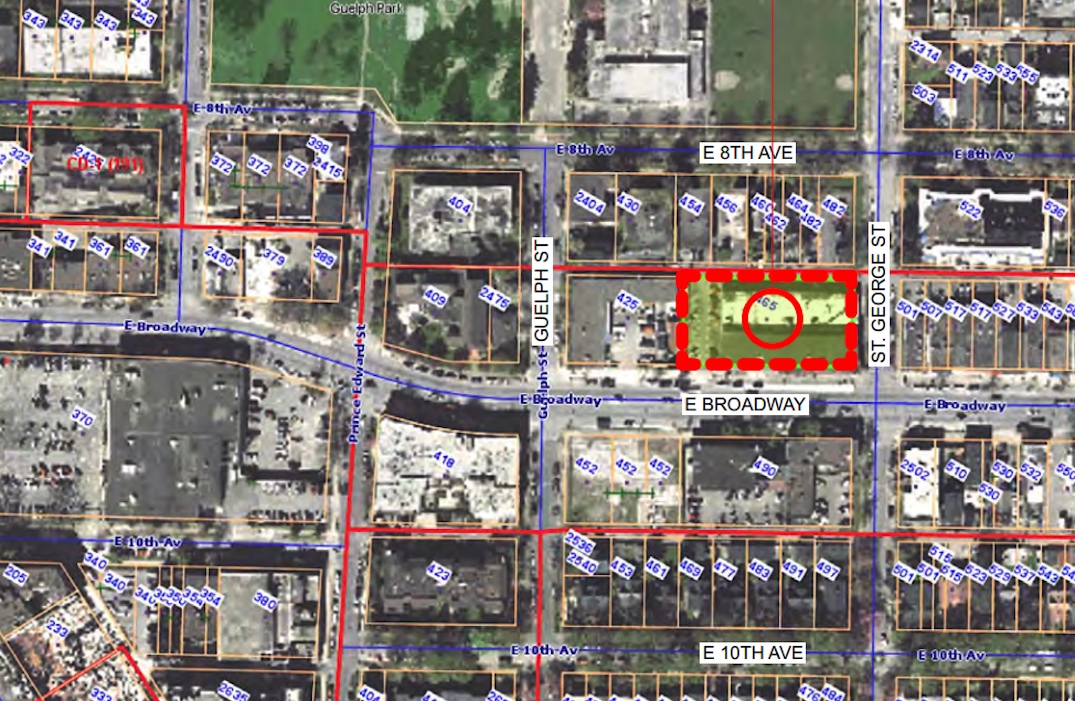 The building’s laneway frontage is activated by a row of two-storey townhouses, complete with a sidewalk, private yard entries, and decorative laneway surface treatment.

Artistic rendering of the laneway side of 471 East Broadway, Vancouver. (Integra Architecture)

Residents will have access to indoor and outdoor amenities, such as some common amenity space on the rooftop as well as a series of private rooftop patios for top floor units.

The building’s ground level facing East Broadway will feature 16,000 sq ft of commercial space, including retail, restaurants, and potentially a co-working office business. As the rear of the ground level is used for townhouses, these commercial spaces are small with a short depth that may be more suitable for small businesses.

“The central architectural idea for the Broadway elevation was to create a varied/animated façade in consideration of the building’s relationship to what is a major traffic artery in the City; create a visually morphing façade that reflects the movement of people and vehicles past the project site, and avoid a repetitive façade treatment,” reads the architect’s design rationale.

“Under a strong architectural rhythm set up by the Western block, exceptions and random events are introduced to provide multiple readings of the façade upon approach.”

A miniature public plaza — a deep six-metre-width sidewalk area — on the East Broadway side of the building serves to “break the street wall massing” in front of the existing bus stop. The concrete wall on the west side of the building is envisioned to become a canvas for a mural installation.

The building will have a total floor area of 85,834 sq ft, giving it a floor space ratio density of three times the size of its 28,700-sq-ft lot.