We’re getting down to fewer and fewer perfect teams, and this weekend the Panthers get their real first test when they face Green Bay on Sunday. If you haven’t watched a game yet this season, this is the weekend for you.

The undefeated 7-0 Carolina Panthers will finally get their first real test of the season. They beat a half decent (at best) Indianapolis Colts squad last week in overtime, though that really doesn’t tell the story. The Panthers had the game locked down but Andrew Luck finally figured out how to tie his shoes in the final quarter. The Colts made a huge comeback but it just wasn’t enough. Nonetheless, the Panthers once again beat a below .500 team.

The Green Bay Packers on the other hand, are a pissed off bunch. They were embarrassed on Sunday Night Football last week by Denver 29-10. Aaron Rodgers threw for an abysmal 77 yards and will come out of the gates firing this Sunday. This is without a doubt the game of the week.

If you’re wondering, the odds of Carolina becoming the next team to lose their perfect record are sky high. Watch out for Green Bay on Sunday.

2. The day Andrew Luck wakes up

Each and every week since his return from injury, Andrew Luck has been doing one more thing right. He’s still not really winning games mind you, but he’s been improving little by little week in and week out. After his fourth quarter wake up on Monday night against the Panthers, expect the Stanford standout to finally stand up.

That and apparently Luck is “fully healthy” all of a sudden. This is fairly meaningless because whenever a star is playing horribly, it’ll get blamed on injury. He hasn’t looked like the superstar QB of old though. True or false, he’s still going to have a big game this week at home in front of undefeated Denver team.

3. Drew Brees gets a lay up

Drew Brees passed for seven touchdowns last week. Seven touchdowns! Not to say that the New York Giants defence that he stormed was brutal, but I will say that they were absolutely brutal. This week Brees has the pleasure of playing another terrible defence and team – The Tennessee Titans.

To the Titans’ credit, they do have Marcus Mariota back and a new “interim” head coach on the sidelines. What that means overall though, is Drew Brees is still playing the 1-6 Titans. You can’t sugar coat a bad team and the Titans are one of the worst. They’ll likely be a playoff contender in a year or two, but when it comes to Week 9 Drew Brees is looking at an absolute lay up. 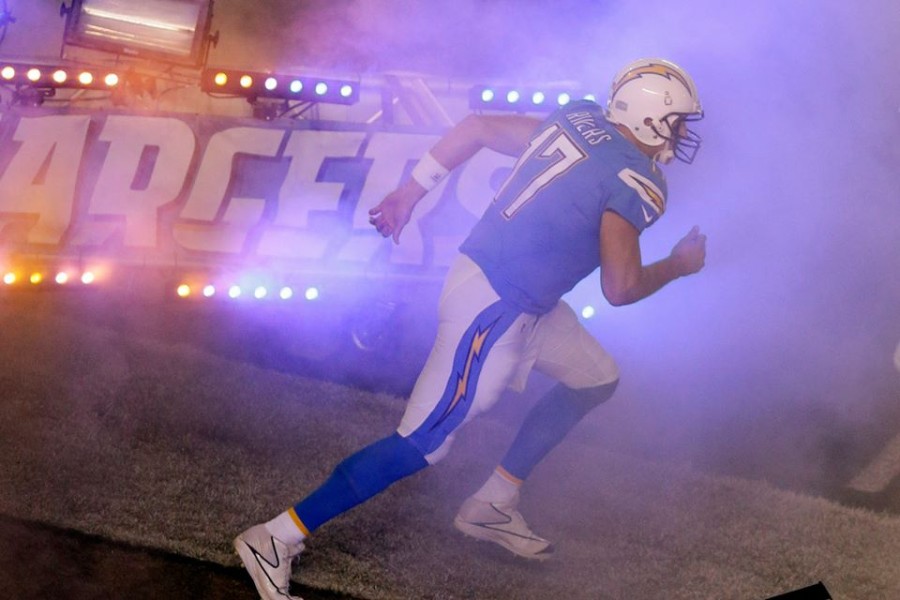 You’re never supposed to show your bias in broadcast journalism. Well I’m taking that rule and throwing it out the window. I’m a San Diego Chargers fan but I’m not an idiot. This is one of the worst renditions of a Chargers team I’ve ever seen. How you can not renew Eric Weddle’s contract and give Philip Rivers four more years is beyond me. I have no clue what’s going on in San Diego and soon enough (very likely) I’ll have no clue what’s going in Carson, California.

I honestly feel like Mugatu taking crazy pills when it comes to Rivers at quarterback. He throws football after football out of bounds because there’s a guy within six feet of him. He panics in the pocket and when scrambling, he runs about as fast as my grandma going uphill (sorry grandma). Still it always just so happens that when he completes a pass for three yards on a three-and-10, he gets a ton of love from the broadcast crew. “Oh that’s classic Philip Rivers, what a great quarterback.” Really? Alright well let’s set up to punt again guys. Story of the year!

On the other hand this week we have the Chicago Bears. You don’t need another writer questioning Jay Cutler’s inability to complete a pass to his own teammates. Let’s call this one a wash. As far as I’m concerned Week 9 ends on Sunday. I think Matlock or Private Practice might be on on Monday night – they’ll each likely serve up more entertainment.

Alright that should do it. Enjoy Week 9 everybody!