Over the last few weeks, four new murals were painted as part of the City of Vancouver’s integrated Graffiti Management Program.

The program aims to eradicate graffiti, enforce the City’s graffiti by-law, and educate and deter graffiti on public and private property. The murals were painted on surfaces where graffiti has been problematic in the past – an effort to battle the broken window theory.

Residents are encouraged to report graffiti on public property by calling 311 and to call 911 if they see vandalism in the act.

The City’s Integrated Graffiti Management Program teamed up with the Grandview-Woodland Community Policing Centre and Vancouver Police Department for the 15th RestART (restorative justice through art) workshop and mural.

The RestART workshop included six youths and two mentor artists, Larissa Healey and Igor Santizo, exploring the impacts of graffiti and discussing the need for collective responsibility in finding solutions and alternative options to the negative ramifications of illegal graffiti.

The theme of the mural and workshop is “reduction of fear”. Participating youth developed designs for the characters according to the overall concept and made significant contributions to the mural application. The Mural is located in the New Brighton Park Underpass, in Hastings Park.

RestART is a restorative justice art program that provides youth who have previously engaged in illegal graffiti with opportunities to express themselves in a positive way under mentorship from established local artists and community members. The RestART Program has experienced success with deterring youth participants from reentering the illegal graffiti subculture. 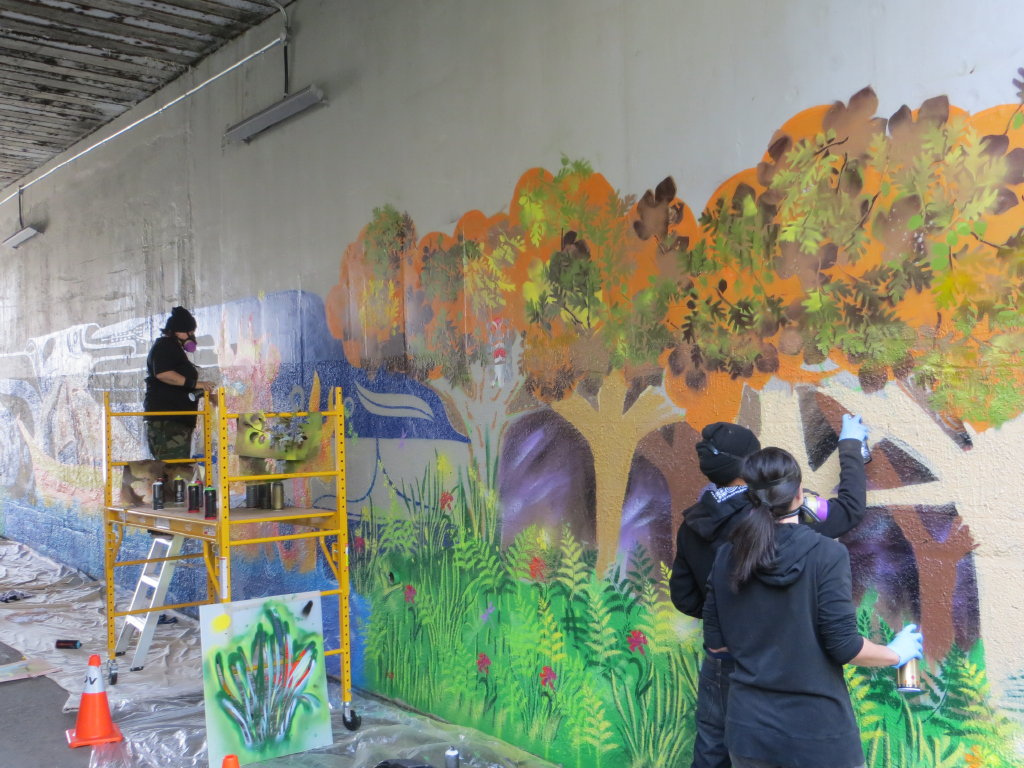 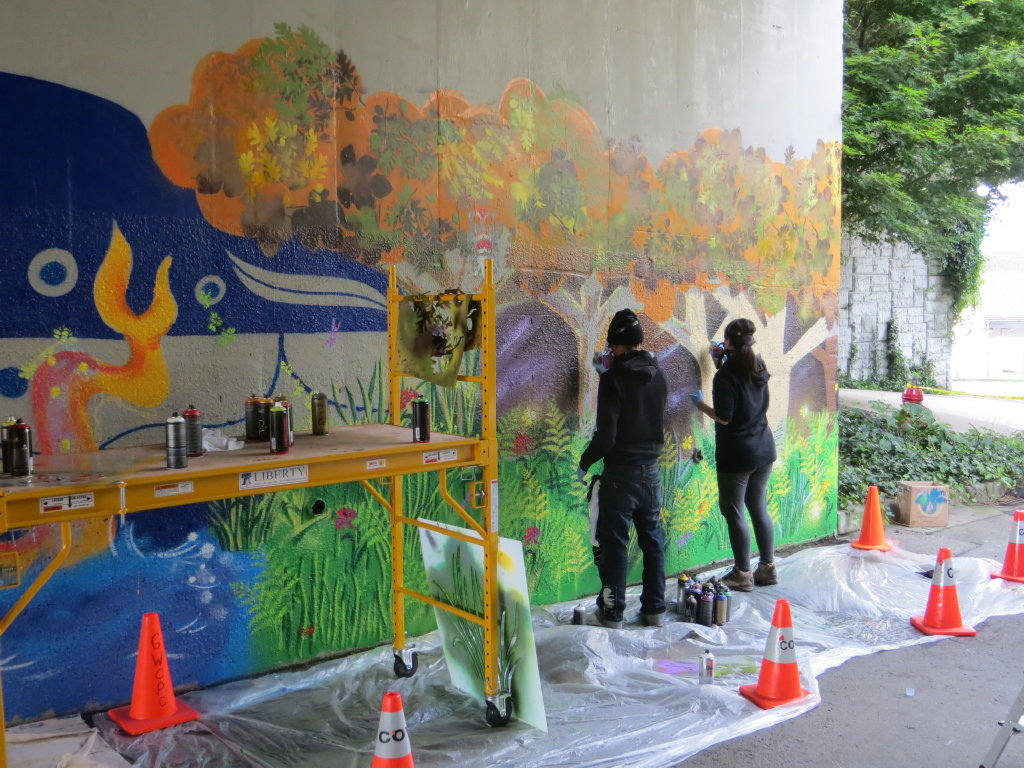 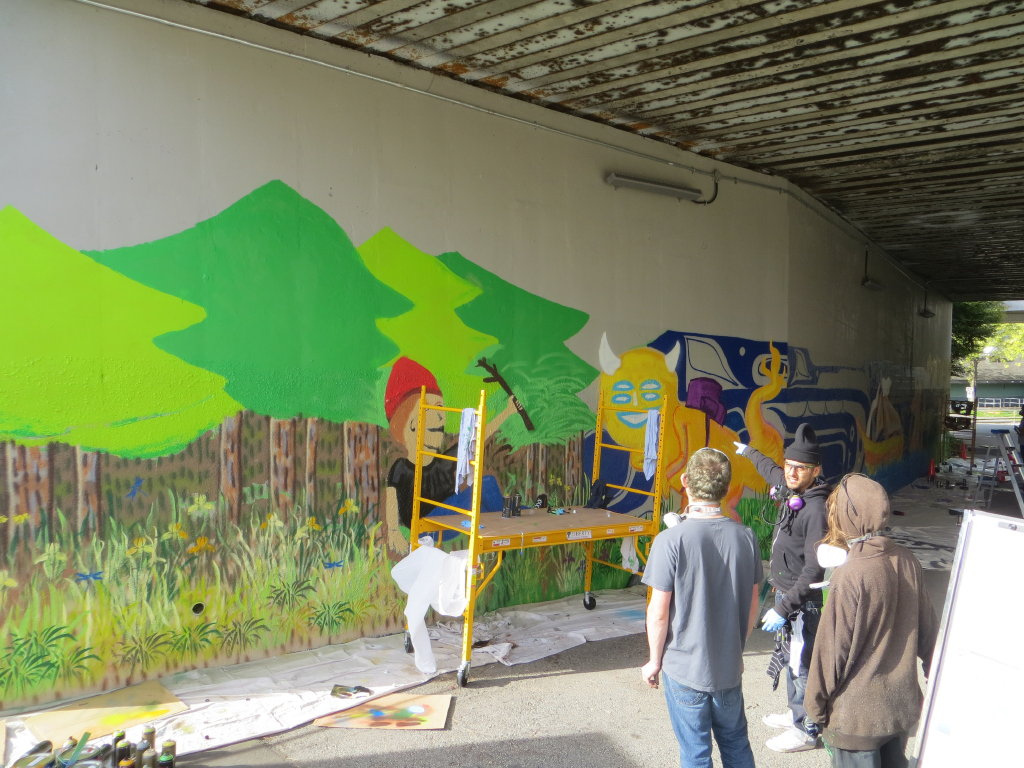 Click on image for enlarged view of full mural.

The two colourful murals titled “Play, Learn, Explore and be active” and “Active Safe Neighbourhoods” highlight that play is universal, no matter how diverse or different we are that play and fun connects us all. The mural incorporates themes from the local neighbourhood as well as key messages of traveling safely, staying active and eating healthy. 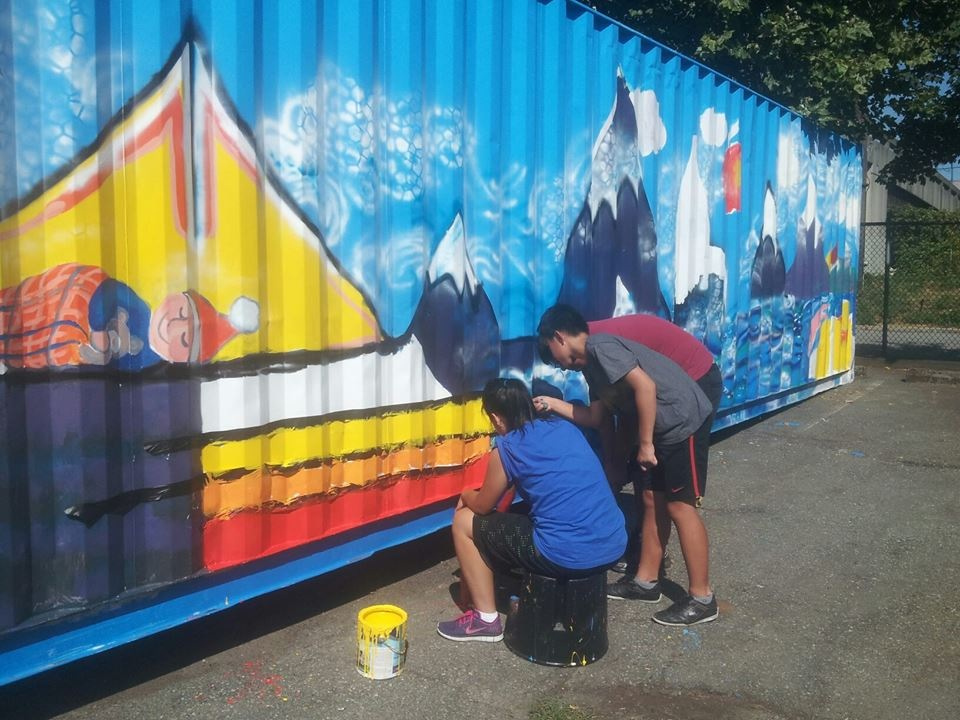 Come check out a new mural at 2600 Main Street (at 10th Avenue Bikeway) that is currently being produced by local artist Emily Gray. The mural titled “cycle” will depict both natural cycles and cycling as a means of transportation, exercise, and leisure. In her design, Emily incorporates many fruits and vegetables that are all grown locally in BC, and in our community gardens.

The commissioned mural is being supported by City’s Integrated Graffiti Management Program, in partnership with the Mount Pleasant Business Improvement Area, and property owner. 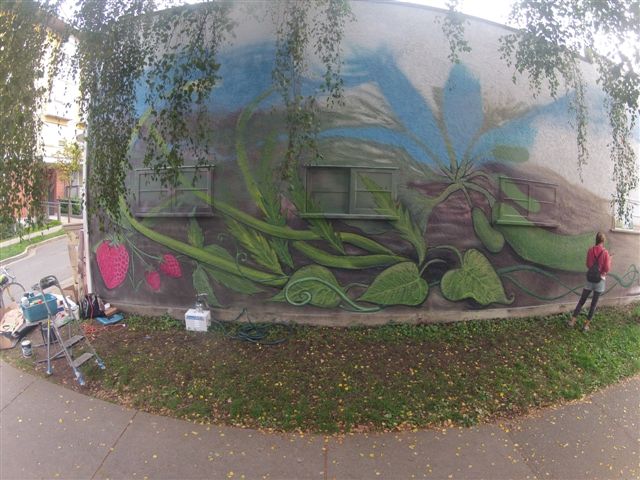