Through a number of open letters to current Mayor Gregor Robertson, City Councillors, and the Vancouver Park Board, four of Vancouver’s former Mayors have made it clear that they support the Vancouver Aquarium.

Mike Harcourt, Philip Owen, Larry Campbell and Sam Sullivan are adding their input into the decision making process, having held the title of the Mayor of Vancouver for a combined near quarter century. (scroll down below to see the letters)

More than two dozen other influential locals have also signed their name to a separate open letter in support of the institution.

In addition to support from individuals, Tourism Vancouver and the Vancouver Board of Trade have made public their unequivocal support for the Aquarium’s operations and cetacean program.

This comes after the Vancouver Park Board’s public meetings on Saturday and Monday when 133 speakers, including many animal activists, voiced their thoughts on the topic of keeping dolphins and whales at the Aquarium.

While the policy has been debated numerous times over the past two decades, it resurged over the past year with the release of Blackfish, which has been widely criticized for its bias and lack in accuracy. The film depicts the life of a bull orca whale at SeaWorld who was involved in the death of three people in separate incidents, but supporters of the Aquarium say the facility does not resemble the American marine amusement park in any way.

The activist-led movement gained traction within the Park Board in March 2014 and could put the Vancouver Aquarium’s research, conservation and rescue programs in jeopardy should dolphins and whales be banned from its facility.

The Aquarium’s second phase of expansion is set to begin in 2015 and will include new and larger pools for the beluga whales and dolphins. The facility currently only holds two beluga whales and two dolphins as most of the mammals were recently temporarily relocated to other facilities in anticipation of the construction to come. They will likely be relocated back to the Aquarium after the new pool is finished in 2017.

The Aquarium is also fighting back in another way, stating over the weekend that it could ask the City of Vancouver to pay for the costs of some of the $50 million it has spent on its expansion to date. The Park Board previously approved the expansion project twice – in 2006 when the project was first proposed and again in 2011 when the Aquarium resubmitted a plan with a smaller budget. Intensive public consultation was undertaken prior to the first approval of the expansion project, which indicated that it would include larger pools for cetaceans.

On Thursday, Park Board councillors will reconvene to discus the findings of an independent report by scientists and veterinarians at the University of California and the feedback provided by the public during the pair of meetings. The report concluded that research, conservation and rescue efforts undertaken by the Vancouver Aquarium depend on its dolphins and whales. 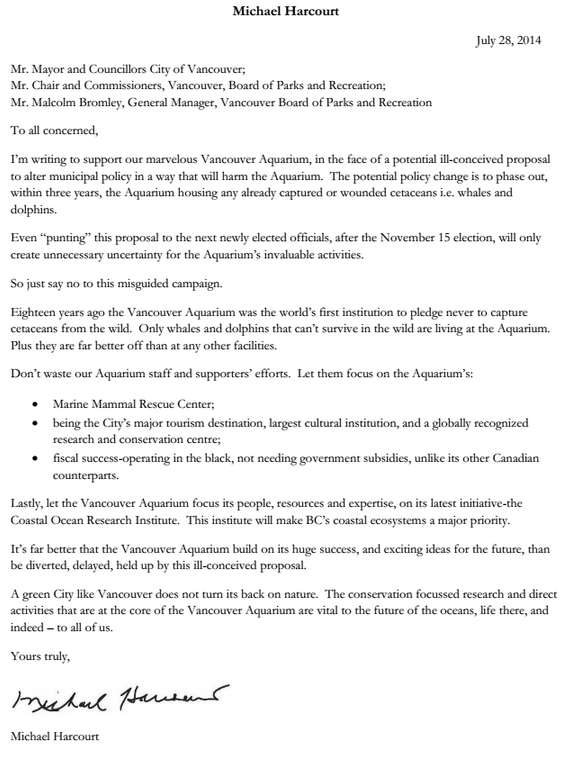 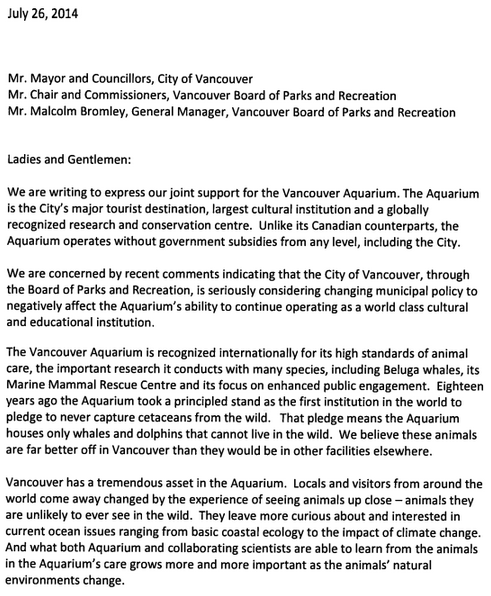 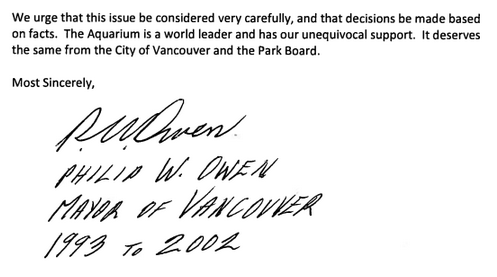 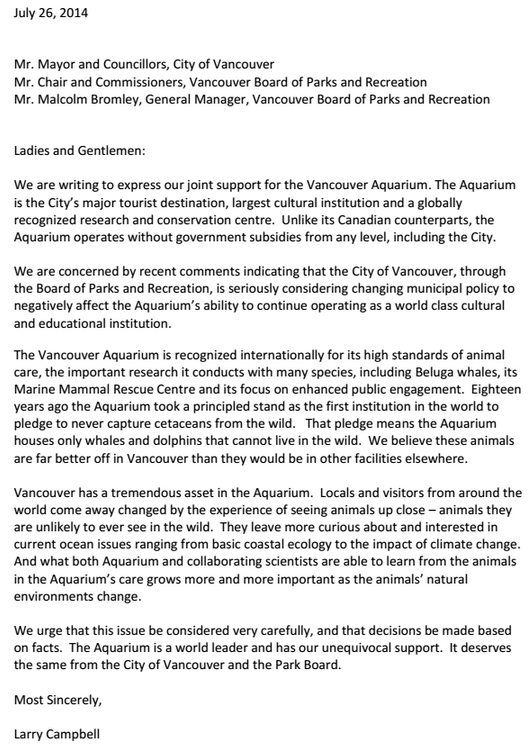 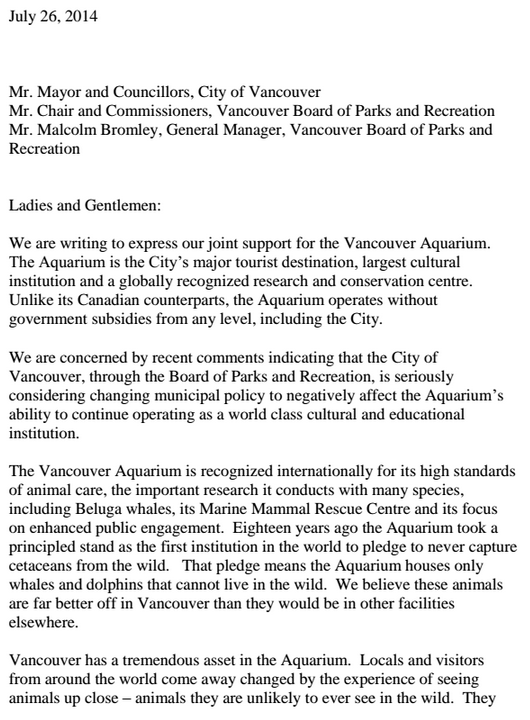 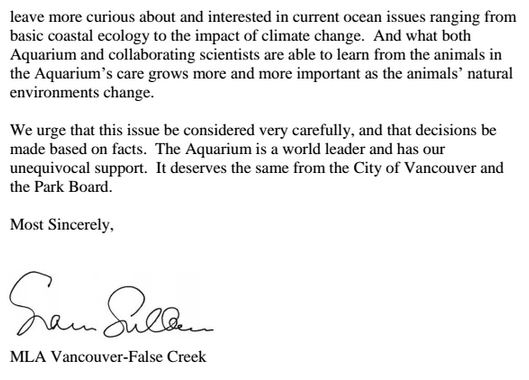