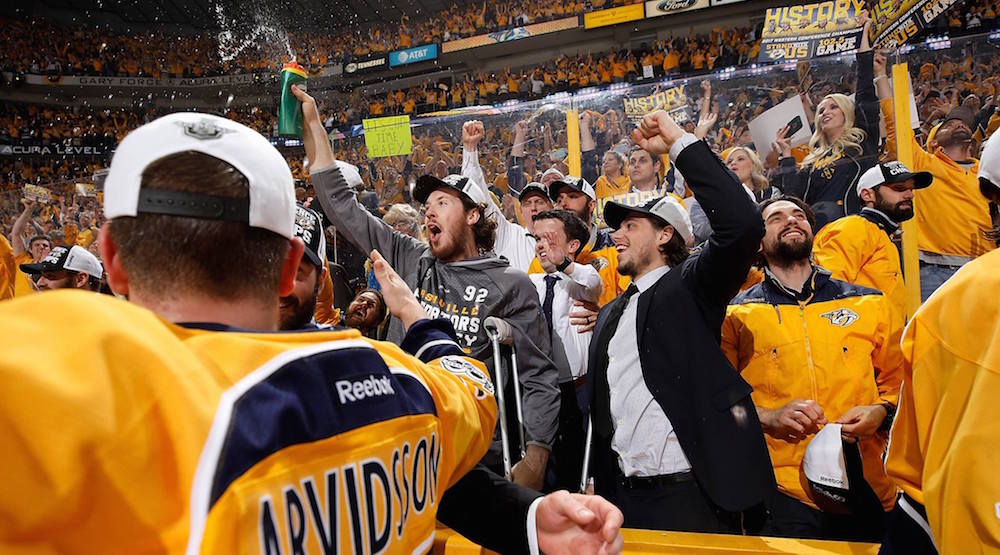 There will be some British Columbia content in this year’s edition of the Stanley Cup Final between the Nashville Predators and the Pittsburgh Penguins. Four BC born and bred athletes will compete for the biggest prize in hockey, with players on both teams competing for the Cup.

With the Stanley Cup Final beginning on Monday, here are the BC boys:

By no means a household name in the NHL, everyone knew the name ‘Colton Sissons’ after Game 6 of the Western Conference Final.

Sissons was the unlikely hero in the clinching game against the Anaheim Ducks, scoring a hat trick. The 23-year-old North Vancouver native has just 13 goals in 109 regular season games in his career, and had just two goals in the playoffs prior to Monday’s game.

Ryan Johansen was treated for acute compartment syndrome of the left thigh, is expected to make a full recovery. https://t.co/vQdtUn9QLN

Part of the reason why Sissons was able to be the hero in Game 6 was due to the absence of Port Moody’s Ryan Johansen. Johansen won’t see the ice in the Stanley Cup Final, after having surgery because of acute compartment syndrome of the left thigh. Sissons played an elevated role in the lineup with Johansen out for the final two games of the series against the Ducks.

The Preds’ top centre, Johansen was having a marvellous playoffs until his injury, scoring 13 points in 14 games.

Matt Irwin could have given up. But he didn't.

Playing behind Nashville’s ridiculously good group of top-four defencemen, Matt Irwin is a depth defenceman on the Predators’ blueline.

The former Nanaimo Clipper didn’t make the Preds out of training camp, but took advantage of some early season injuries to claim a full-time spot on Nashville’s back-end. That earned him the Predators’ nomination for the Masterton Trophy, awarded to the player who best exemplifies the qualities of perseverance, sportsmanship and dedication to hockey.

He has two points in the playoffs, appearing in every single Predators game this postseason.

Addition of Yannick Weber, P.K. Subban give #Preds most dynamic defense in the #NHL.

Yannick Weber isn’t from BC, but he spent three years in Vancouver. The former Canucks defenceman is Irwin’s partner on Nashville’s third pairing, also appearing in all 16 Predators playoff games.

Kelowna’s Justin Schultz has resurrected his career ever since being acquired by the Pittsburgh Penguins on February 27 of last year. The former Edmonton Oilers defenceman always had talent, but struggled defensively playing on some bad teams to begin his NHL career.

Well, the Pens aren’t a bad team. Schultz won a Cup with Pittsburgh last year, and is looking to do the same again this spring. He has 10 points (3-7-10) in 15 playoff games playing in elevated role due to the absence of the injured Kris Letang.

Bonino on helping out the defense: "You have to help them and make it easy for them… Just try to get back and help break the puck out." pic.twitter.com/cCHpNy6B7A

Though not from BC, Nick Bonino is remembered fondly in Vancouver for his one season with the Canucks. He’s probably remembered more fondly now because he inspired this goal call from Hockey Night in Canada, Punjabi Edition last season:

Bonino hasn’t produced like he did last year, when he scored 18 points (4-14-18) in 24 playoff games, but he’s still an important member of the Penguins. The third line centre has five points (2-3-5) in 19 games this spring.