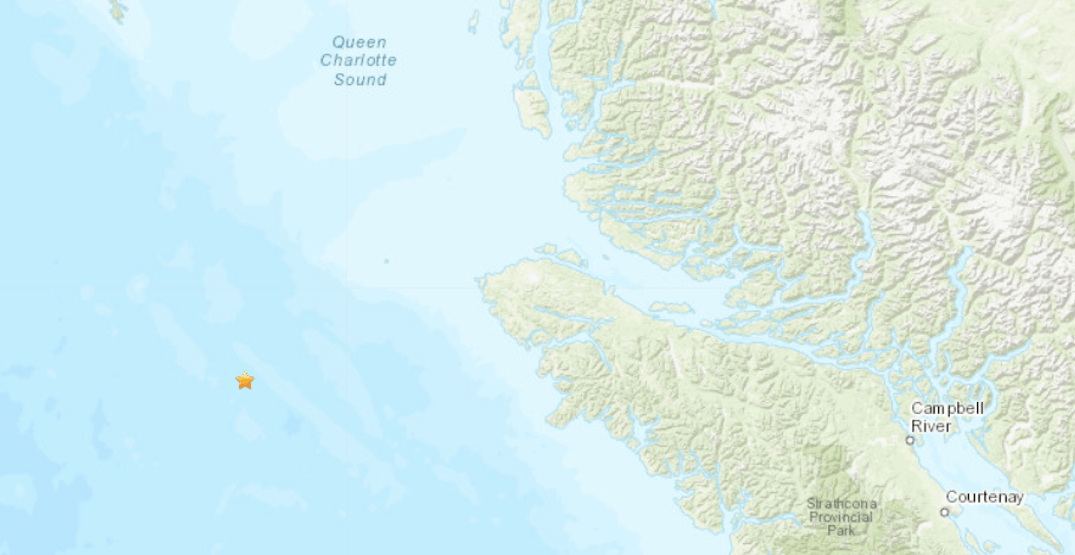 The location of the second earthquake. (USSGS)

Two earthquakes in less than two hours struck off the west coast of Vancouver Island on Monday afternoon.

The first measured 4.6 in magnitude and was reported to have taken place at 1:27 pm, 166 km west of Port Alice.

Both quakes had a reported depth of 10 km.

Earthquakes Canada said that there are no reports of damage and no tsunami is expected as a result of the quakes.