A pair of moderately sized earthquakes struck British Columbia’s coast on Saturday just four hours apart from each other.

According to the U.S. Geological Survey, the first tremor at 2:54 p.m. was a 4.3 magnitude event with an epicentre north of Vancouver Island, about 162 kilometres southwest of Bella Bella, and a shallow depth of 10 kilometres.

Shortly after at 6:57 p.m., a 5.1 magnitude aftershock occurred just 30 kilometres southwest of the first earthquake. It also had a depth of only 10 kilometres.

No damage or injuries were reported as both moderate events were far away from the coast. 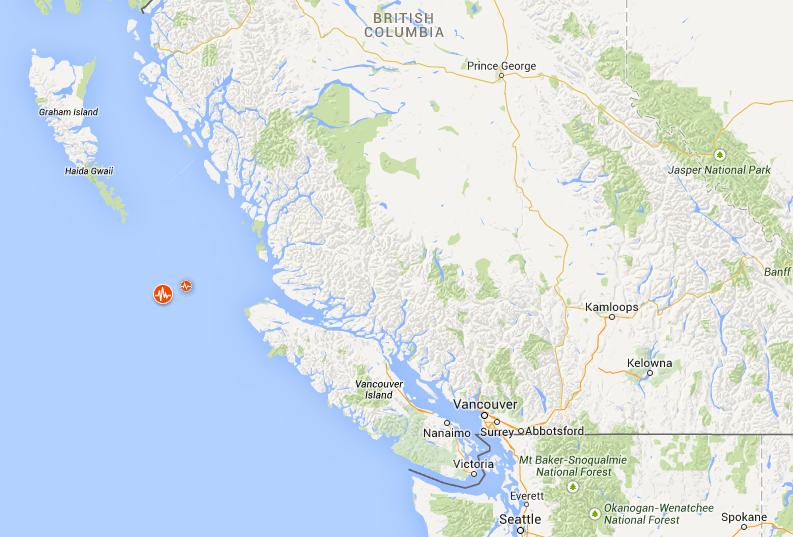