A new report released by Elections B.C. reveals 38,393 ballots in the recent Metro Vancouver Transit Plebiscite were not considered in the final tally because of a number of reasons.

Theoretically, the inclusion of rejected ballots into the result would have accounted for 2.4 per cent of the total number of votes.

The report also details voter participation by age group. Younger groups are more likely to use public transit and were thought to be the group that would care most about the issues at hand, but those between the ages of 25 to 34 had the lowest voter turnout with just 36.24 per cent of registered voters casting ballots.

It should be noted that older groups had a significantly higher number of registered voters and the low turnout among younger groups is also reflected in elections. The plebiscite’s total voter participation rate was 48.62 per cent. 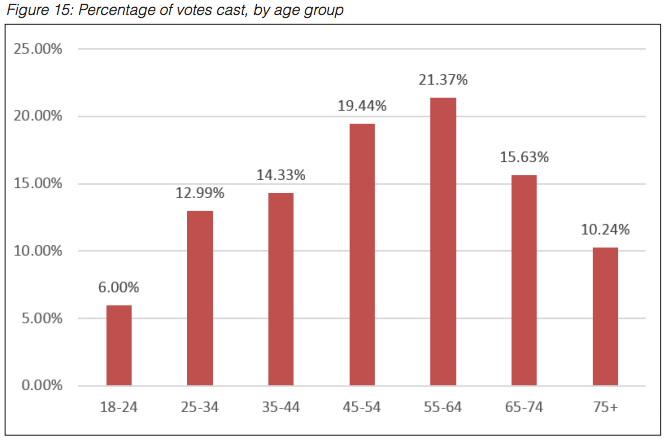 The ballot question of raising Metro Vancouver’s regional sales tax by 0.5 per cent to help fund a $7.5 billion transportation infrastructure improvement plan was rejected by 61.68 per cent voting ‘No’. A total of 757,183 valid ballots were counted.