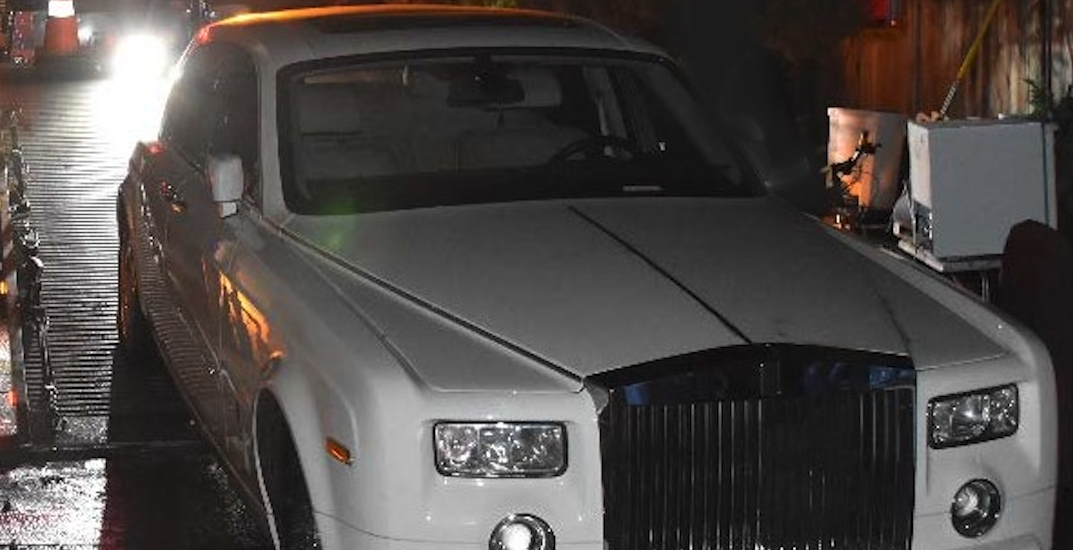 A stolen Rolls Royce Phantom valued at $350,000 was discovered by police who were conducting a curfew check at a residence in White Rock last month.

According to White Rock RCMP, officers spotted the luxury vehicle stored in the garage of a residence they were attending in the 15600 block of Thrift Avenue.

“Based on the rarity of this vehicle, that is valued at approximately $350,000, the officer’s follow-up investigation was able to determine that it was likely stolen, without the benefit of seeing a licence plate or a Vehicle Identification Number (VIN),” noted police in a release.

White Rock RCMP worked with Surrey RCMP’s Property Crime Target Team to execute a search warrant. The investigation found that the vehicle, along with various ammunition, was stolen during a break-and-enter at a West Vancouver residence in February 2020.

“As is often the case with property crimes, offenders move the stolen goods into other jurisdictions in hopes of avoiding detection,” stated Constable Sears, White Rock RCMP’s media relations officer.

“Offenders should know that police agencies, regardless of the uniform or jurisdiction, work together to solve these crimes, as was demonstrated in this investigation.”

Police say the investigation is ongoing and no charges have been recommended at this time.