A sizeable mixed-use development with a major entertainment venue in Gastown could inject new life into the neighbourhood while also revitalizing historic Blood Alley.

A development application submitted by Westbank Projects and designed by Henriquez Partners Architects seeks to retain the historic facade shells and build a new 11-storey structure.

There will be a total of 214 rental units in the 163,000-square-foot redevelopment, including 80 social housing units and 134 secured market rental units.

On the ground level, a number of retail and restaurant units are planned, including a wine bar, with frontages on both Cordova Street and Blood Alley, which will receive a new southern frontage as a result of the project.

A large cabaret and entertainment venue in the underground level could provide much-needed additional foot traffic into Blood Alley, where the entrance into the venue is located.

However, no renovations to Blood Alley are planned as a part of this project as the City of Vancouver is planning to conduct a separate design process for the square.

“The Blood Alley project at 23 West Cordova Street will make a significant contribution to the life of Gastown by retaining its heritage facade, providing affordable housing options, reinforcing an active street life through retail, food and performance opportunities, and provide a backdrop for the new Blood Alley Square renovation,” reads the design rationale by the architects.

“The scale and proportion of the proposed streetscape façade acknowledges and reinforces the heritage character and fabric of Gastown through the retention of the original heritage facades on Cordova Street, by following the ‘sawtooth’ profile prevalent in the neighbourhood, and by re-establishing the retail storefronts along the sidewalk.” 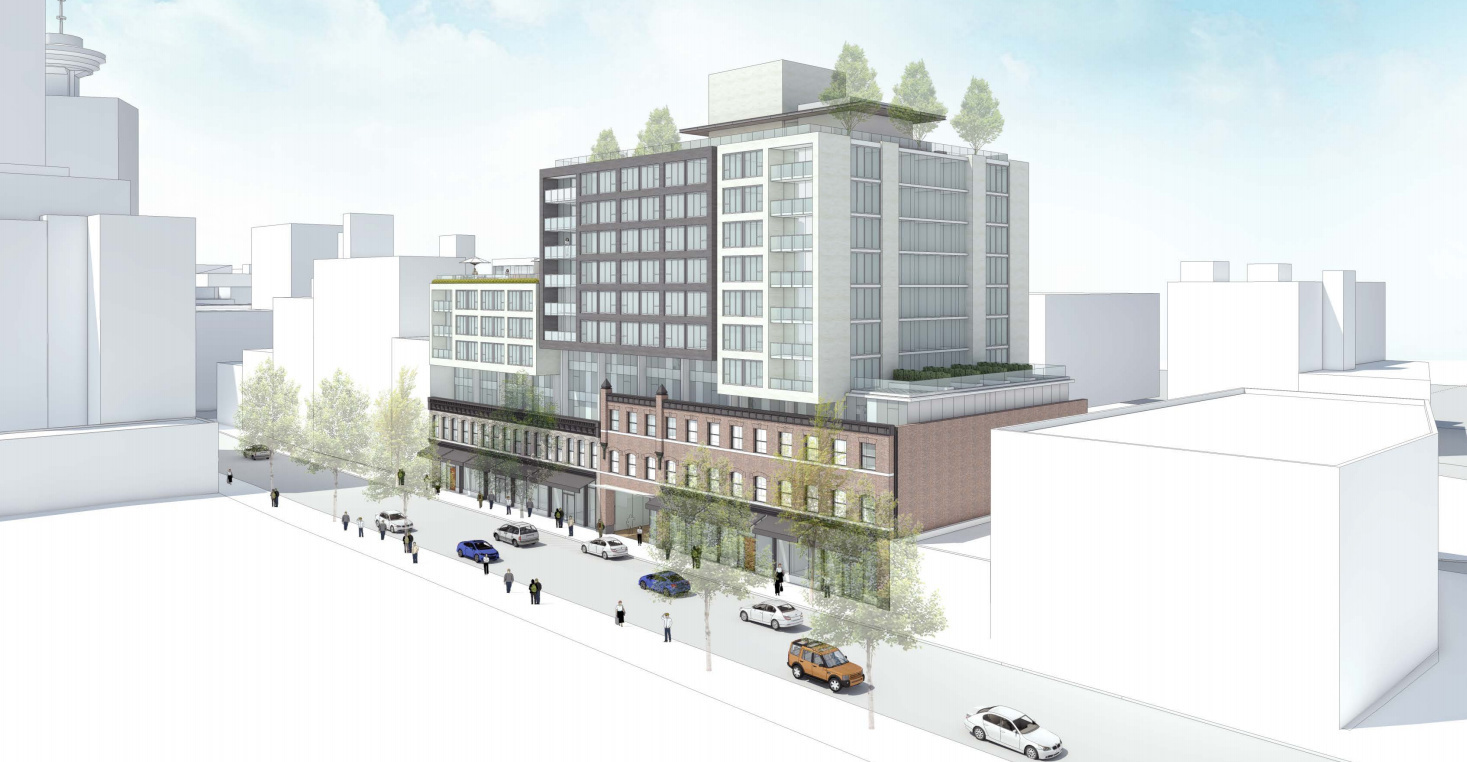 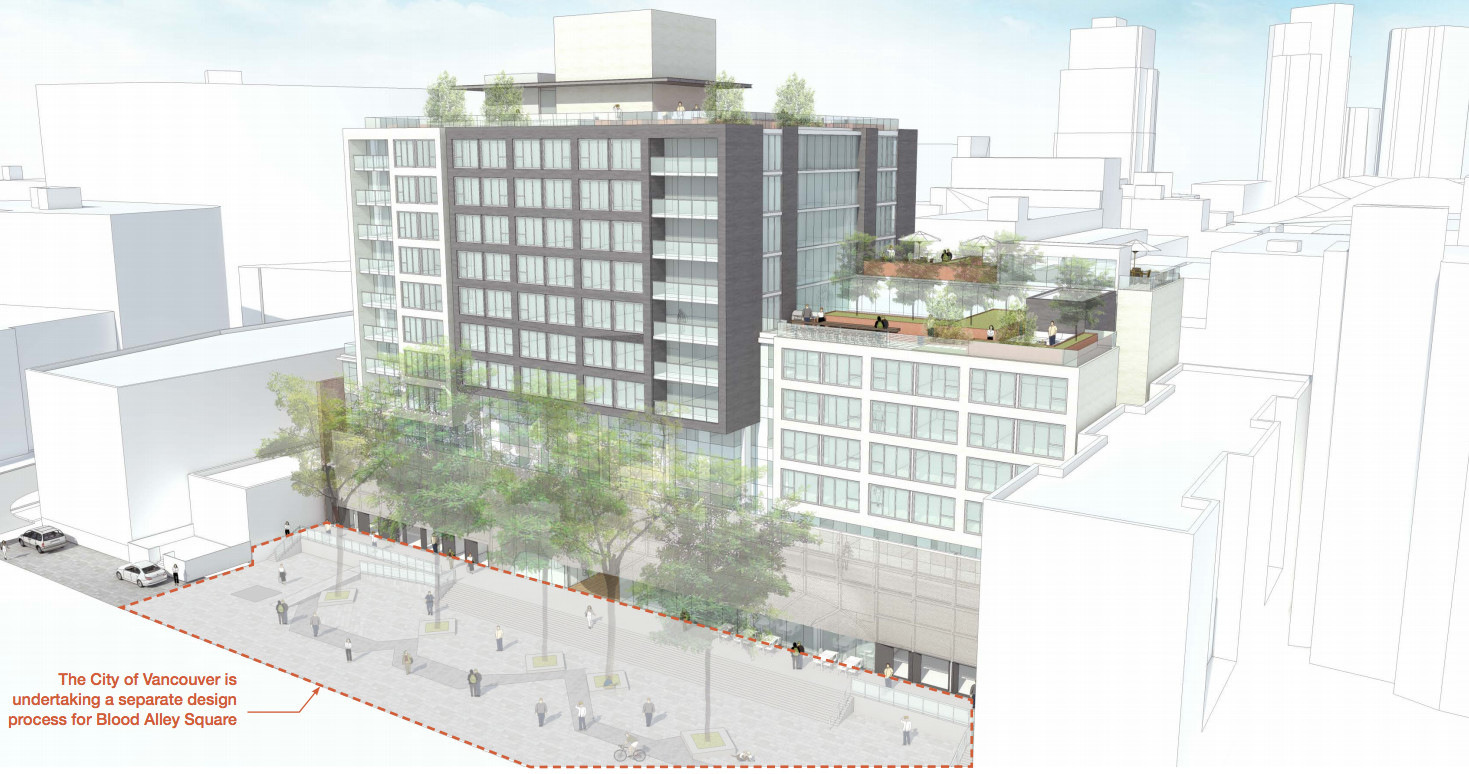 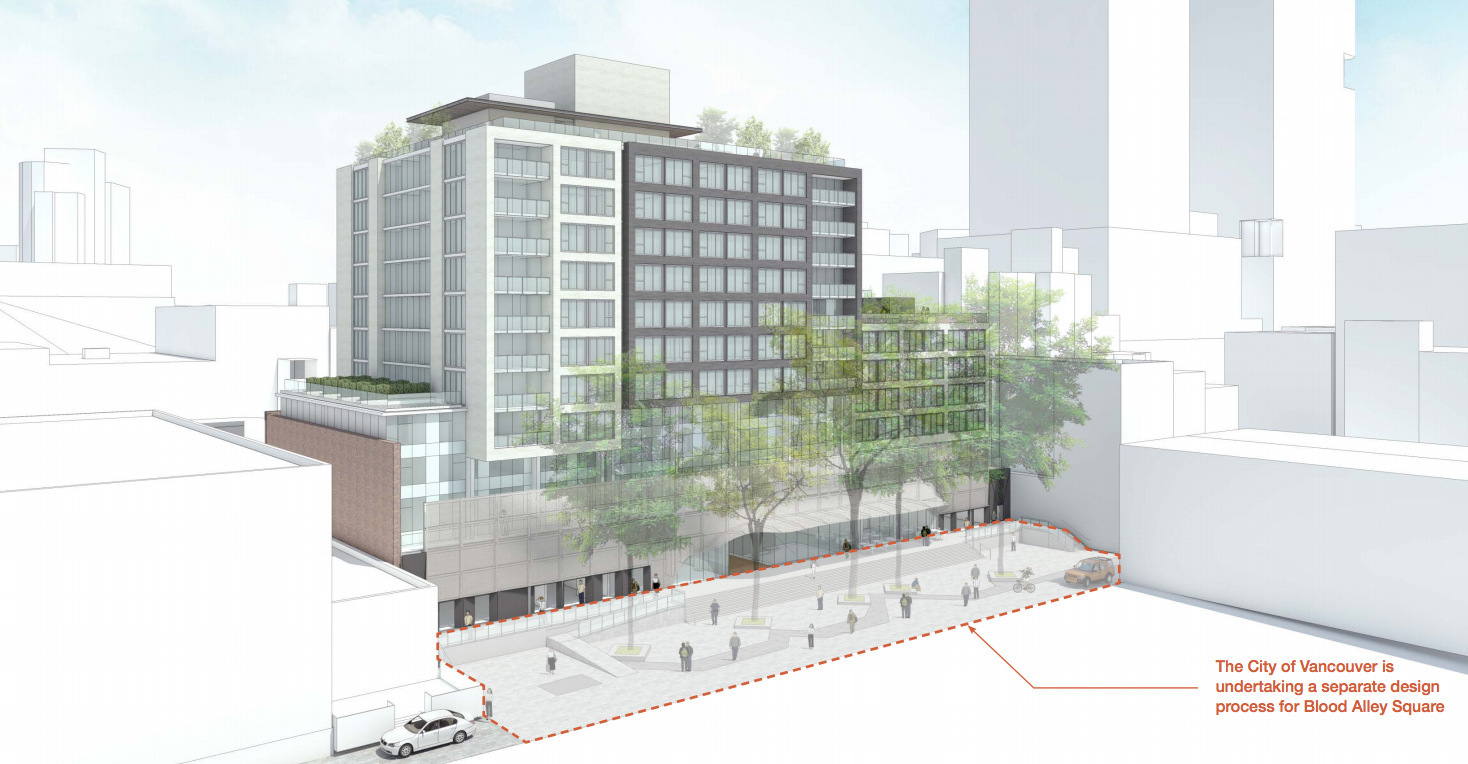 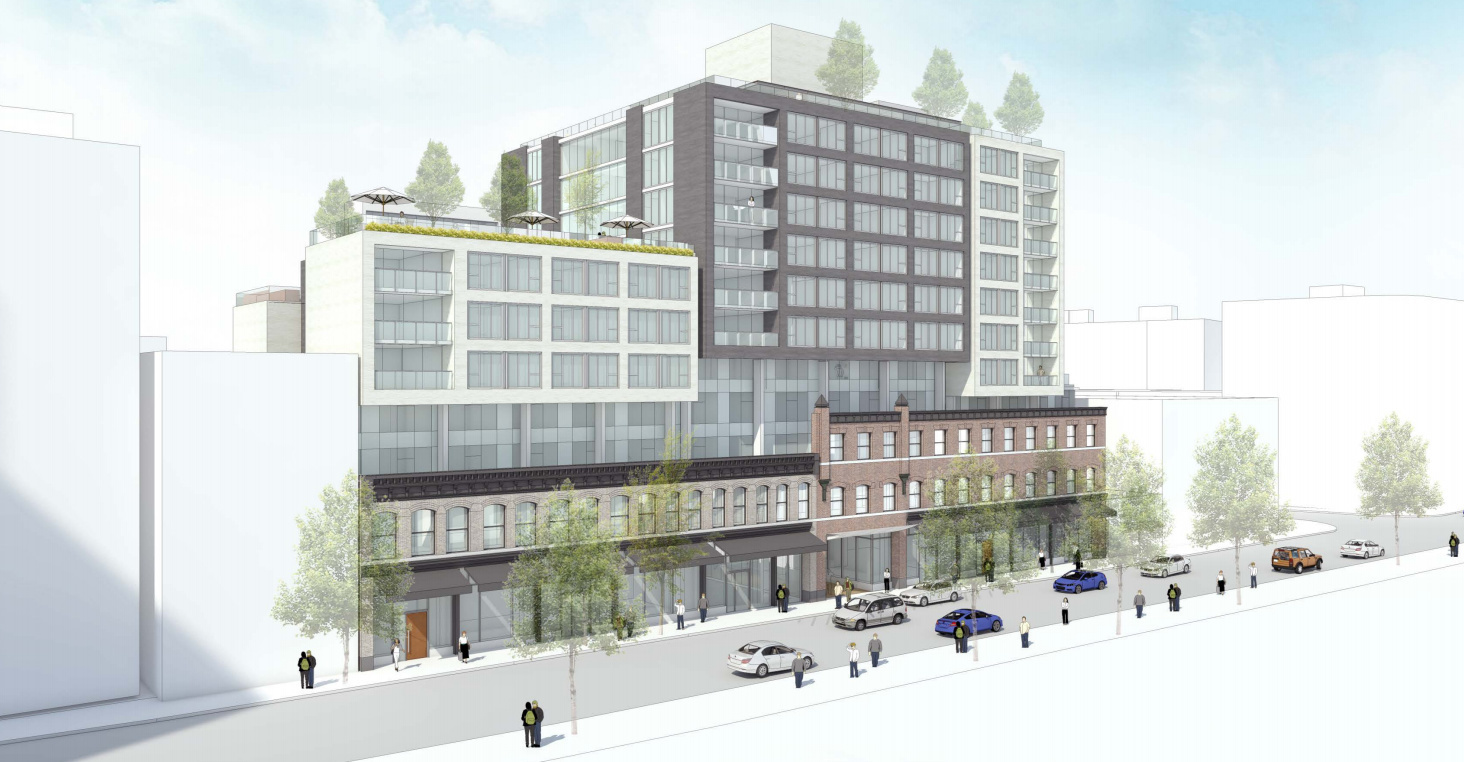 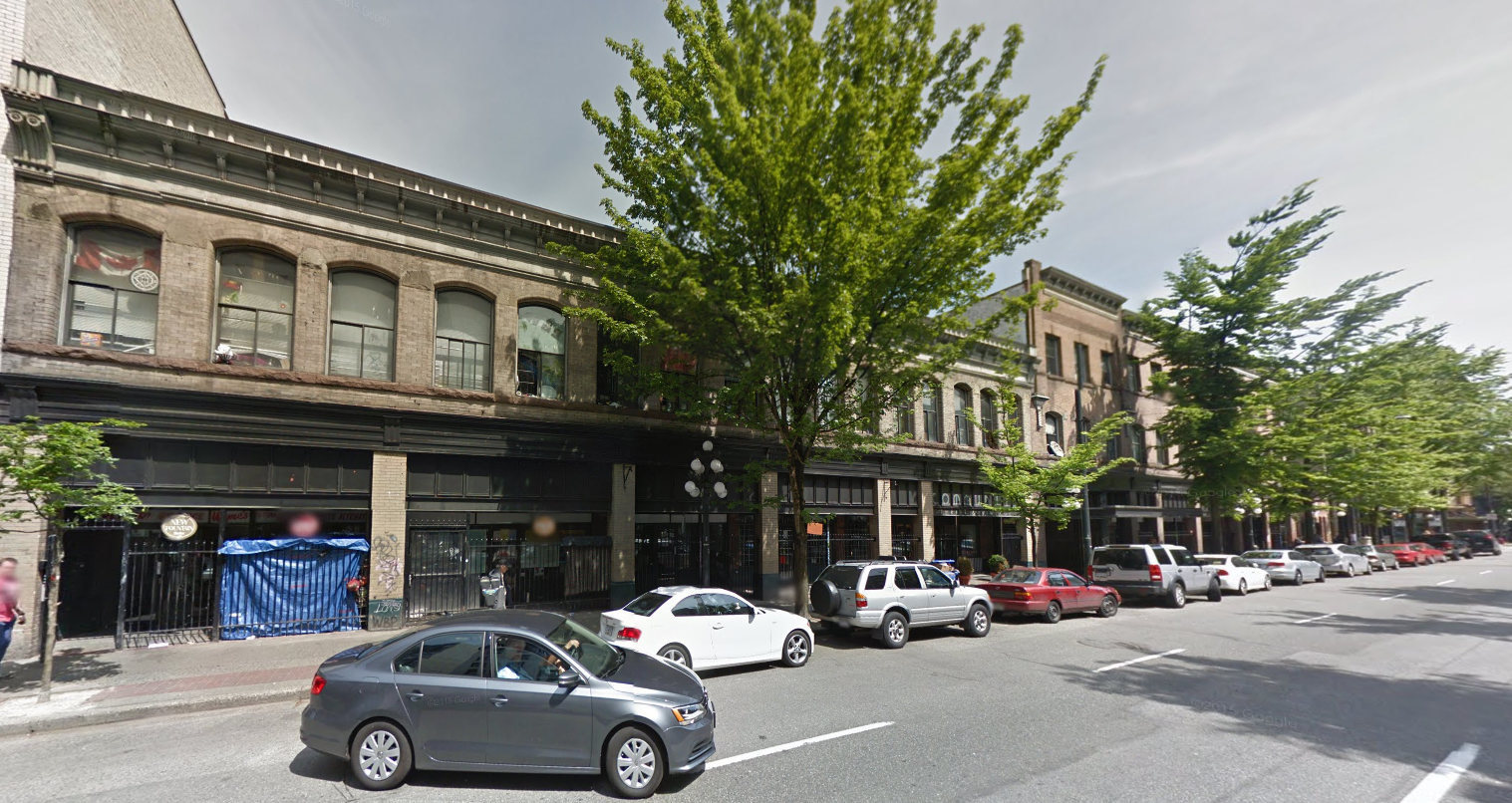 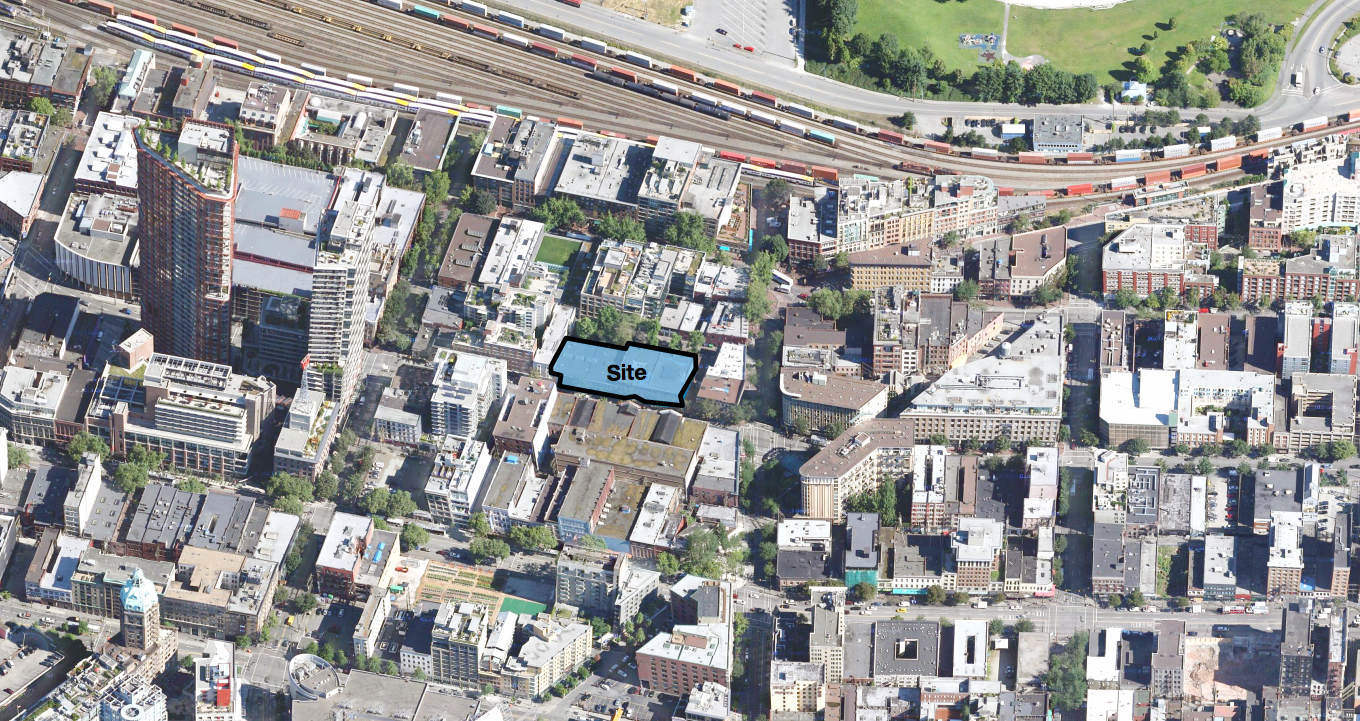