A new survey released by State Farm suggests 33% of Canadians experience road rage monthly, which might include honking the horn, yelling, or obscene hand gestures.

And when it comes to poor driving habits, 30% of respondents consider tailgating to be their number one pet peeve, while 22% think distracted driving is the most annoying habit. Other irritating practices that topped the list include taking up two parking spots, driving with an animal in your lap, and cutting people off. 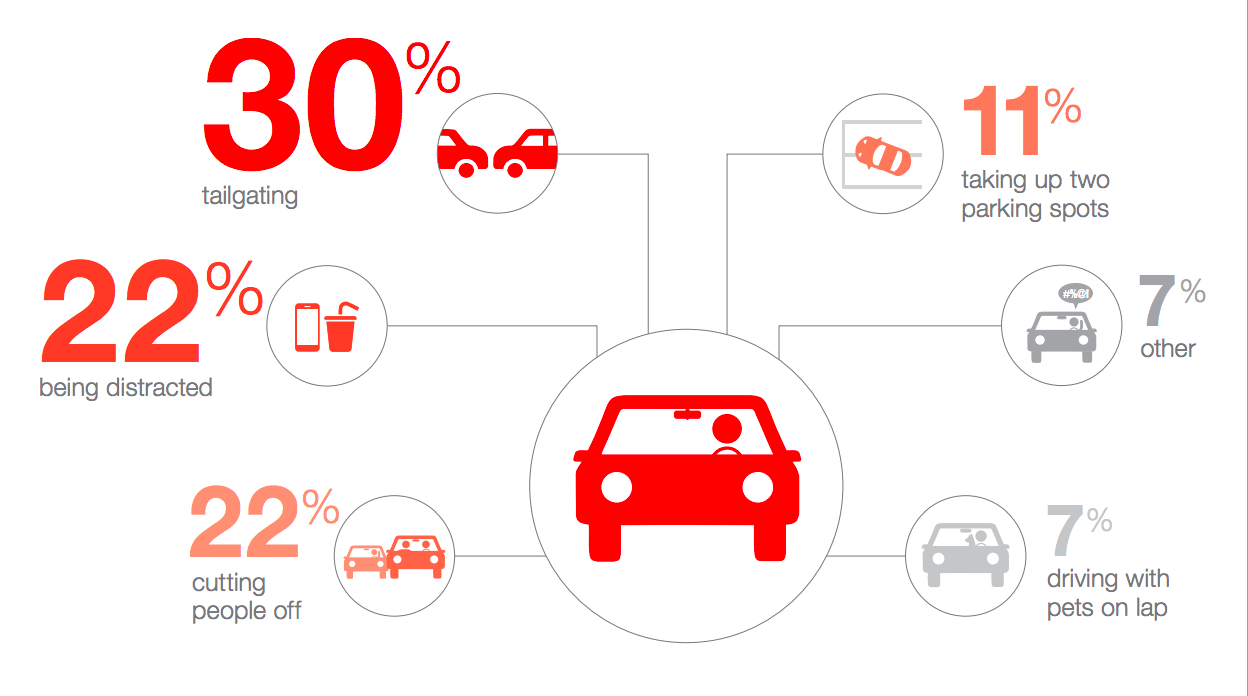 Nearly half of Canadians claim they keep calm when dealing with the bad habits of other drivers, but 20% say they use the horn when a fellow motorist does something wrong.

Only a small fraction admitted to using obscene hand gestures when notifying others of their wrongdoing.

When it comes to speed limits, 46% thought reducing the speed limit would make little difference to road safety “despite speed being a contributing factor in deaths, injuries, collisions and their severity,” said State Farm.

On the plus side, Canadians live up to their reputation of being polite: 35% of those surveyed felt our best habit was being courteous to other drivers. The same number also think driving 10 km/h over the speed limit in cities is excessively fast.

54% think alcohol is the number one cause of impaired driving.

Click here to take a look at the full survey.