The rickety-looking parkade structure on the intersection of West Cordova and Granville Streets, directly across from Waterfront Station, could be replaced by a 25-storey office tower (320 Granville Street) in the coming years. 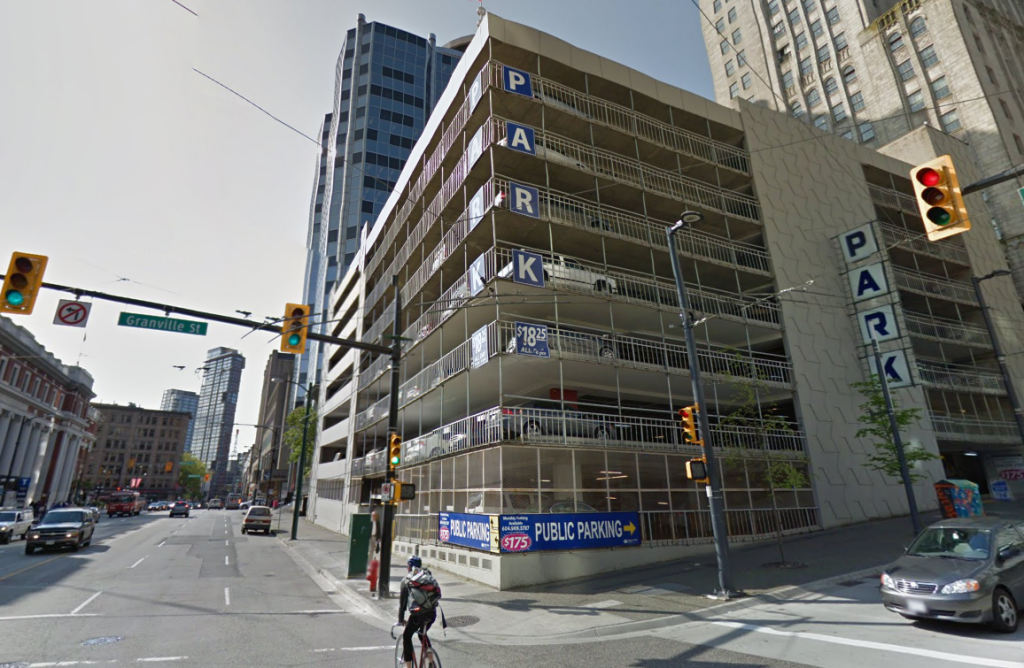 These renderings by VIA Architecture show the latest design for ‘the gateway’ of both Granville Street and the Gastown district following the rejection of a previous design proposed to the City of Vancouver’s Urban Design Panel. 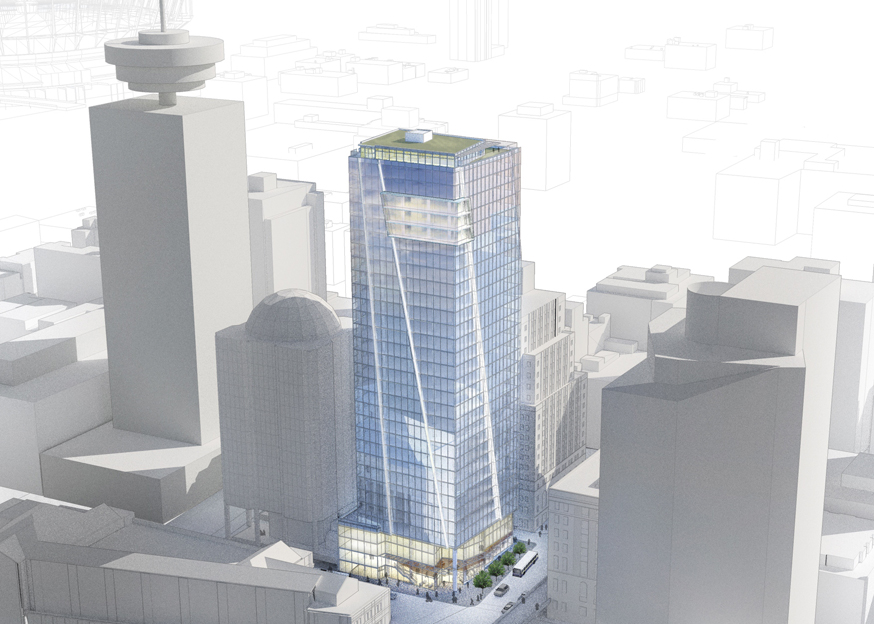 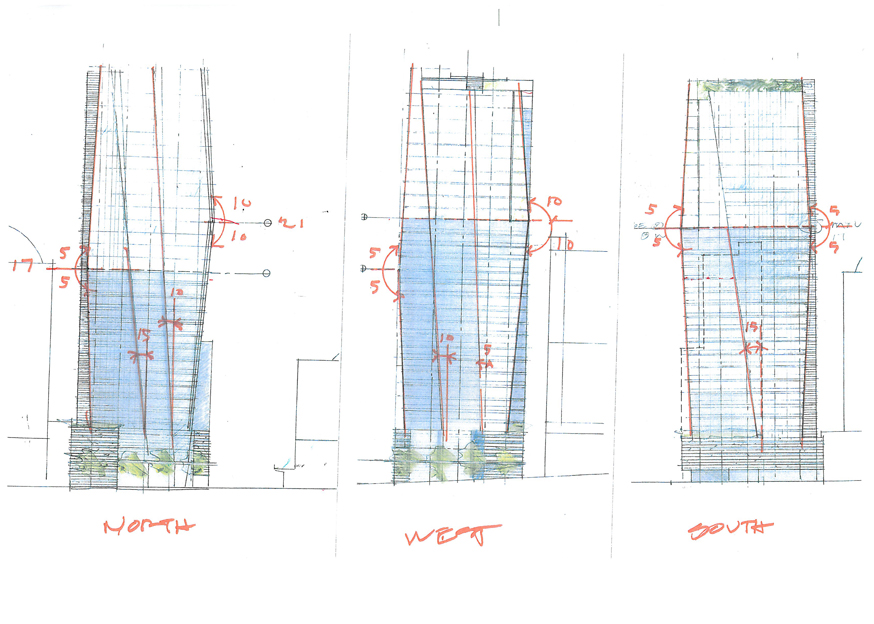 The tower is a project by Vancouver Whitecaps co-owner Greg Kerfoot and will consist of 350,000 square feet of office space geared for small companies in the creative and resource industries. It will have retail units at its foot, a rooftop garden and will be built to LEED Gold standards. 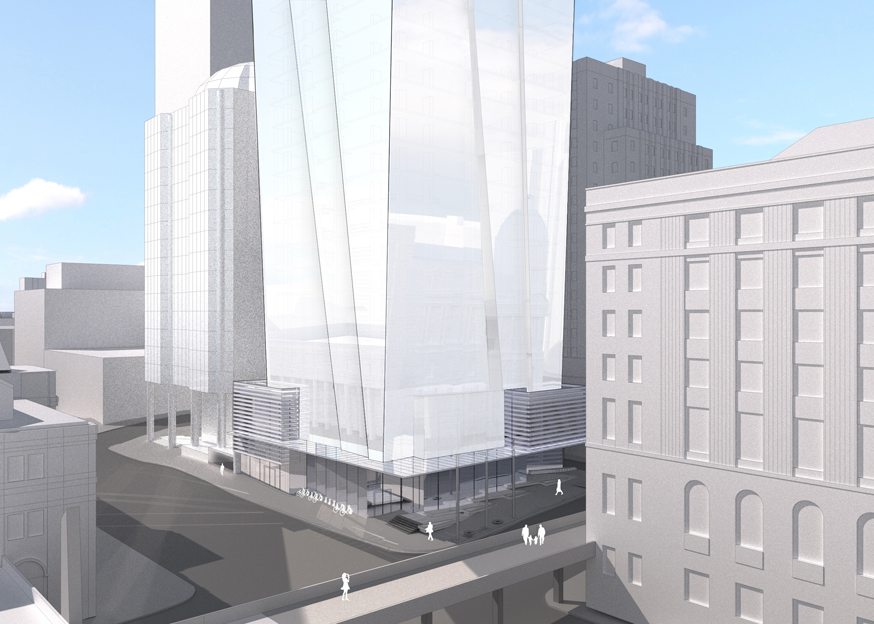 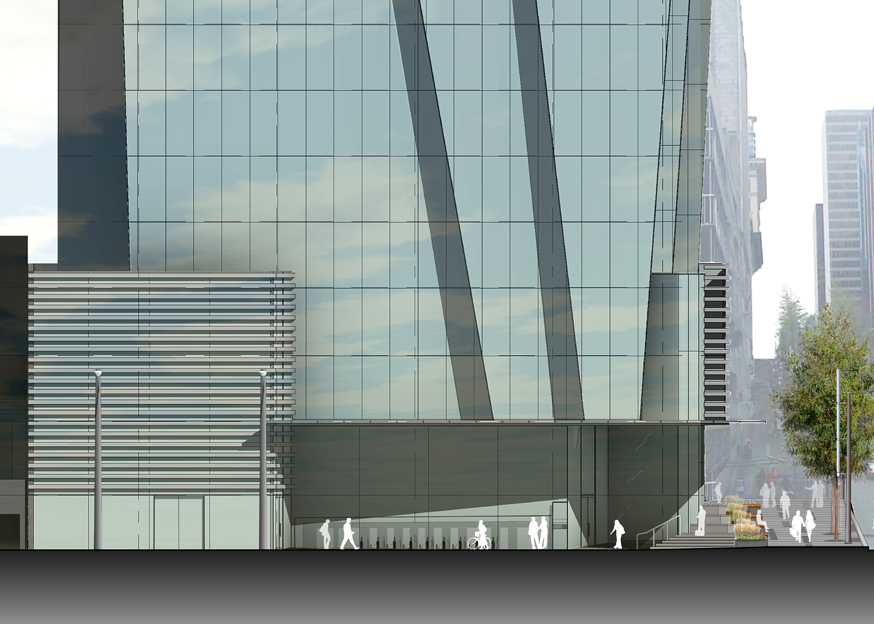 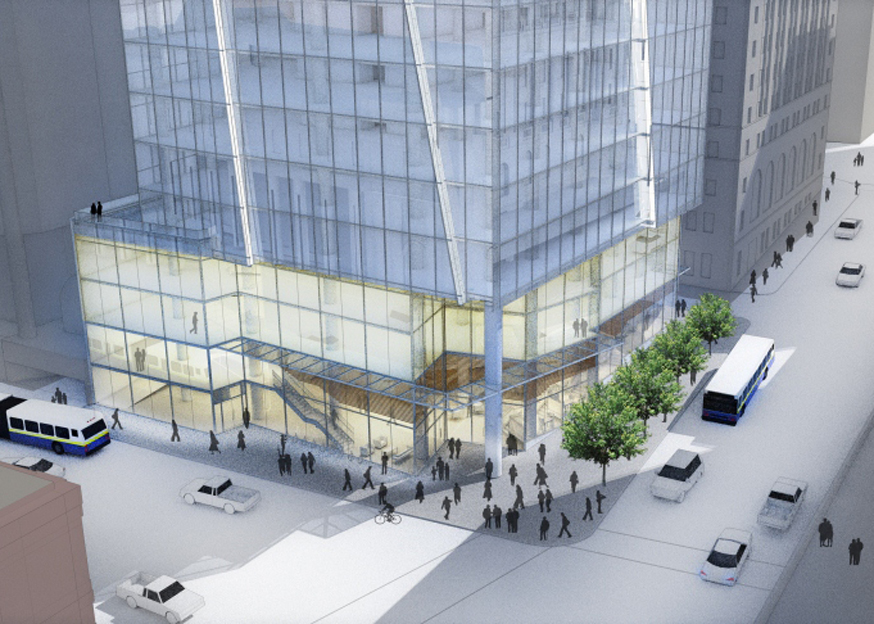 Another 25-storey office tower (601 West Hastings) has also been proposed for the same city block on the corner of West Hastings and Seymour.

However, given their immediate proximity to the regional transportation hub at Waterfront Station, are these 25-storey office towers ambitious and bold enough?

With SeaBus, three SkyTrain lines (Canada, Expo, Millennium) and the West Coast Express comprising the nexus of the region’s public transit hub, economies of scale and economic competitiveness should take priority over arbitrary reasons such as view cones in order to further foster the Central Business District’s place and promise as the region’s epicentre of business, employment and hospitality.

Waterfront Station is Vancouver’s equivalent of New York City’s Pennsylvannia or Grand Central Stations and should be treated and developed as such.

Other major office tower projects proposed or currently under construction in Vancouver: