A 200-metre stretch of Locarno Beach, between Jericho Beach and Spanish Banks, near Sasamat Street in the Vancouver Westside has been sandbagged to protect low-lying homes near the water from flooding.

City of Vancouver officials are taking precautions following forecasts of another frontal system expected to hit the region Wednesday morning. The system will bring storm surges and high winds that coincide with an expected seasonal “king tide.”

Environment Canada’s rainfall warning has been extended to Wednesday: its forecast calls for up to 50 mm of rainfall and winds reaching 70 km/h from this week’s third potent frontal system.

It took forty-five municipal engineering staff less than seven hours to fill and stack the sandbags along the roadside of Marine Drive. The sandbags will remain on site until mid-January as a precaution against flooding from the king tide, which normally happens in the late-fall and early-winter. 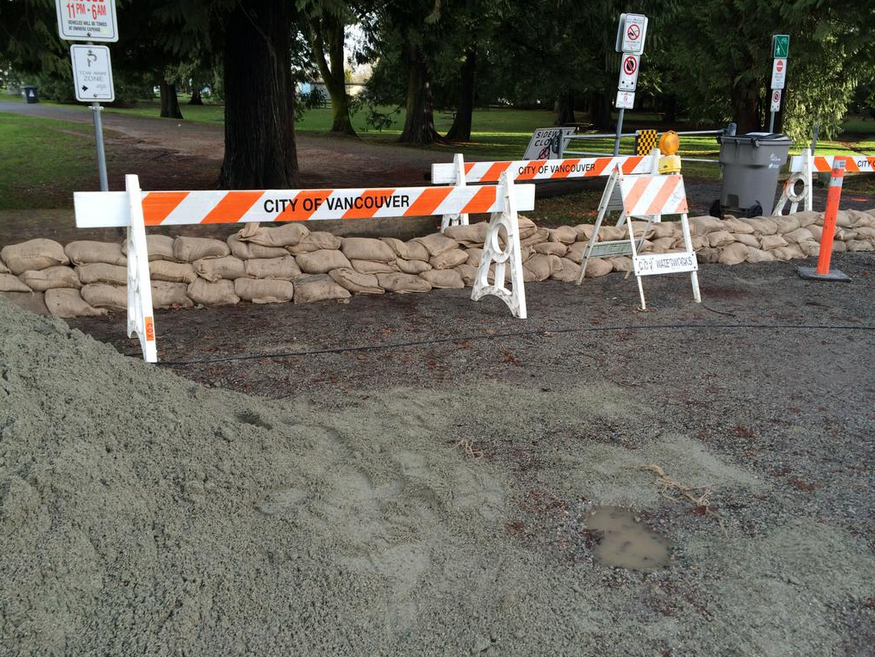 A close call happened in 2012 when a section of Locarno Beach flooded during a king tide event. Ocean waters blanketed the beach and reached the concession stand near Marine Drive.

Two weeks ago, the Stanley Park seawall was temporarily closed when waves pummelled and flooded much of the route. Parts of the False Creek seawall also went underwater due to the storm surge and high tide – and this happened again yesterday morning.

Meanwhile in Delta, municipal officials and residents there are bracing for a possible flood today after a 70-foot section of the Boundary Bay seawall on Seaview Road collapsed from wave action early Tuesday morning. Storm surge, high winds and the same high tide could breach the temporary berm installed yesterday and topple over other sections of the seawall.

Up to 400 homes could be affected from a possible breach of the Boundary Bay seawall. A local state of emergency in the municipality has been declared and will remain in effect until next week. 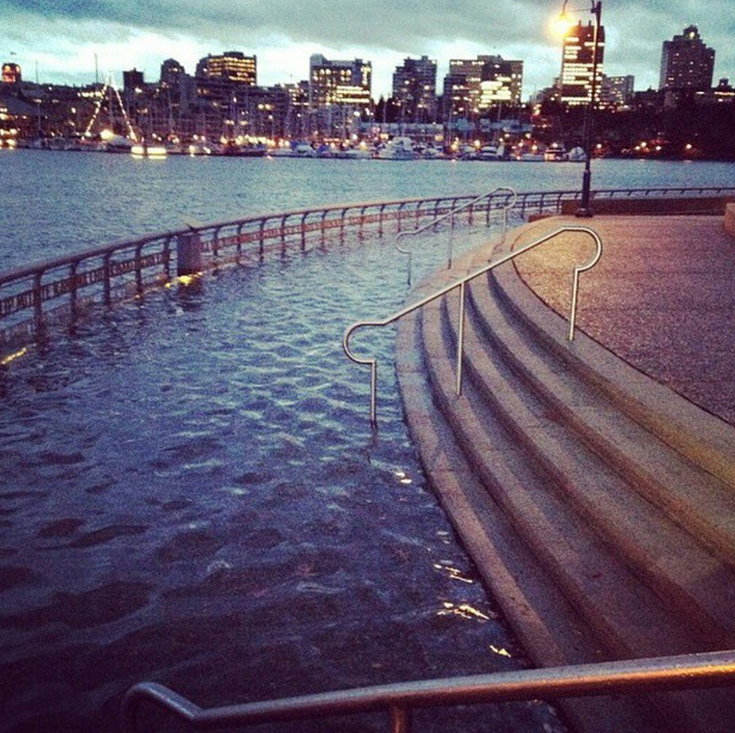 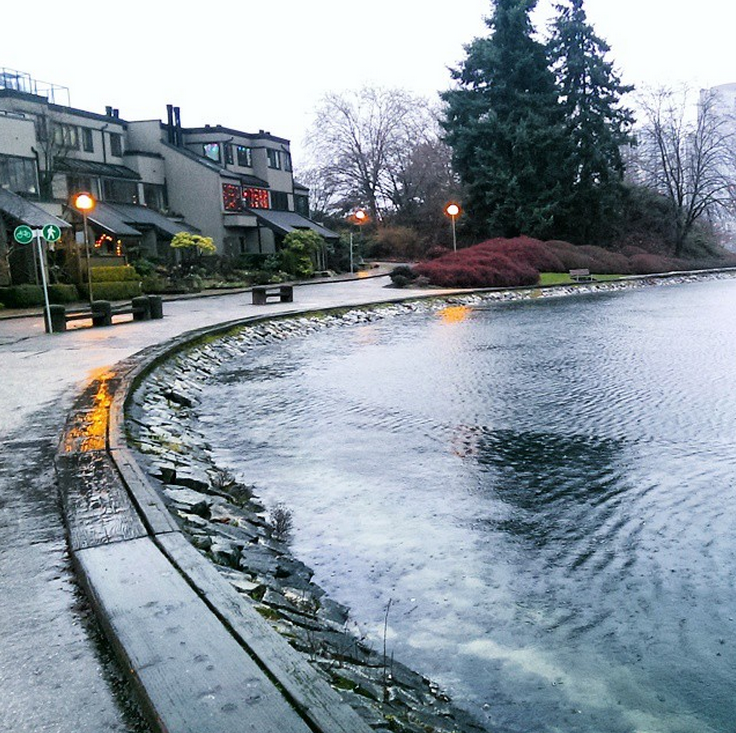