As a bartender, I‘m constantly on the lookout for interesting ingredients that can elevate a cocktail, and maple syrup is one that always delivers. Syrups are a bartender’s best friend, and they can often become more of a star than the spirits themselves.

I recently stumbled upon a great product from Nova Scotia called PURE Infused Maple Syrup. When I’m behind the bar, it’s easy for me to create my own infusions to add depth and flavour to my cocktails. But for hobby bartenders who may not have the time or resources, I strongly suggest using a pre-infused syrup like this one. Be sure to add an element of citrus, and bitters, to help balance the sweetness.

Here are a few of my favourite maple syrup-infused concoctions for you to whip up this long weekend. 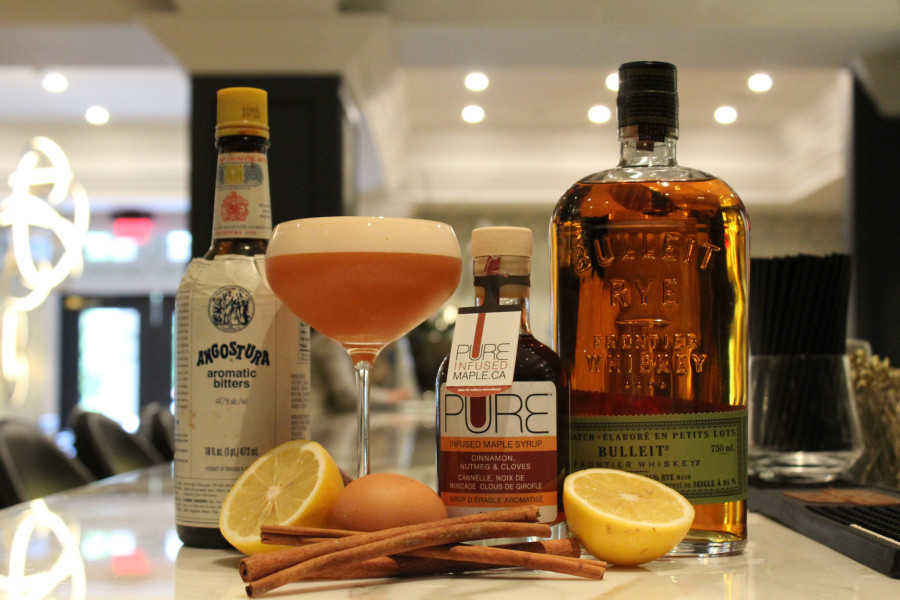 This is a variation on the classic Whiskey Sour. I prefer using rye because bourbon tends to be too sweet and can detract from the maple flavour. I also use pasteurized egg whites (which you can find from your local grocer) that are cage-free and safe to consume raw. 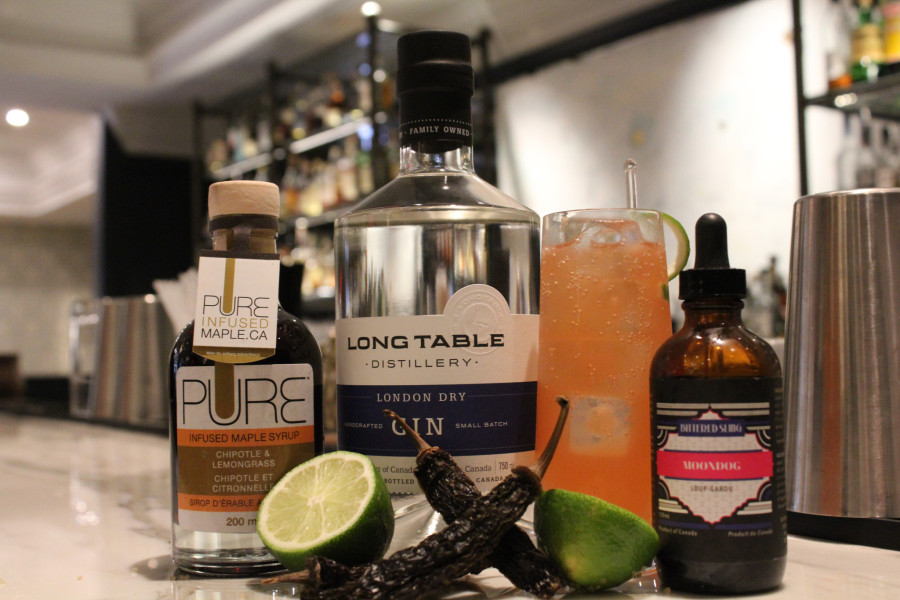 Another variation on a classic — the Tom Collins — this recipe incorporates local gin from Vancouver’s Long Table Distillery, as well as Pure Maple Syrup infused with chipotle and lemongrass to give it a sweet, spicy and savoury kick. The cocktail is rounded out with lime juice and bitters from Bittered Sling to balance (but not overpower) the flavours. 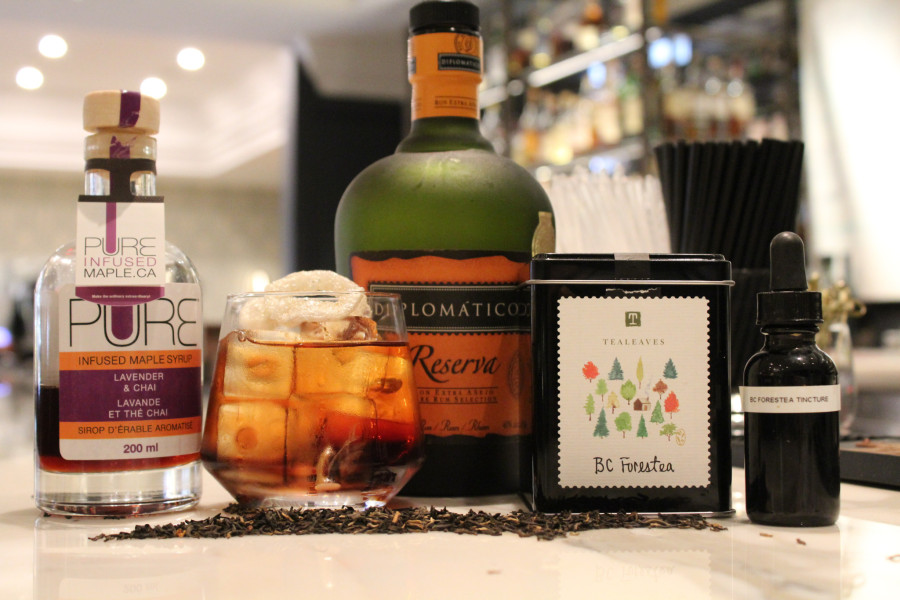 Currently on my cocktail menu (and quickly becoming a favourite), the Chief Skugaid incorporates a homemade rum tincture using smoked tea. The cocktail takes its name from the infamous rum-running ship that took centre stage when Vancouver served as a rum-running hub during the United States’ prohibition era. Commissioned in 1912 and built in Coal Harbour, the Chief Skugaid is still afloat today and remains moored in Fort Langley, B.C. This cocktail is a toast to the longevity of “The Chief” and is sure to satisfy even the most weathered sailor.

Combine all ingredients in a Mason jar. Let soak for 24 hours, strain tea from rum and bottle tincture.

Visit www.pureinfusedmaple.ca for more maple syrup-infused recipes, or come and say hello at Boulevard Kitchen & Oyster Bar where I’ll be happy to shake one up for you.