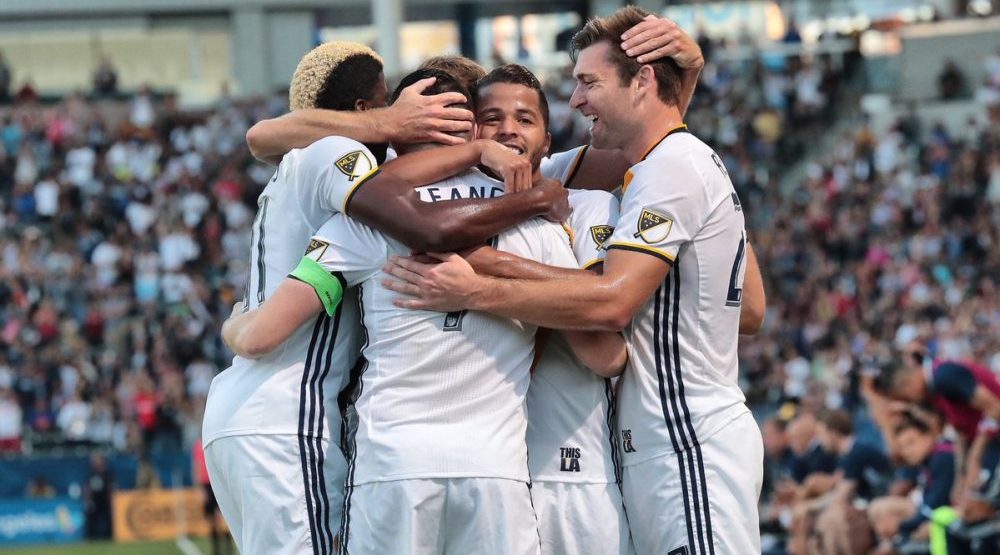 The Vancouver Whitecaps returned to action after the soul crushing defeat experienced last Wednesday when, at the hands of Canadian rival Toronto FC, they saw the Reds lift the Voyageurs Cup at BC Place.

The Blue and White had a few days to regroup and make sure that they were ready to refocus and work towards the consistent form that has been lacking throughout the first half of the MLS season. Unfortunately, the ‘Caps fell by a score of 2-0 against an experienced and talented LA Galaxy side.

The old cliché of “your best players have to be your best players” does not ring more true in any other league than in MLS. In a league that encourages and celebrates parity, having the opportunity to include designated players with the clear objective of making a big impact into the game is a luxury that teams can’t overlook.

The case in point is Robbie Keane.

The Irish international has been absolutely sensational since his arrival to North America. Keane is a player that can turn half chances into goals and who has been a key component in the Galaxy’s impressive trophy lifting record over the last decade.

Watching Keane's strike and thinking THAT is what the #VWFC needs. A bonafide goal scorer. Please go get one Robbo.

In true Keane form, the Irishman punished the ‘Caps and opened the scoreboard with a world class strike at the 14th minute when the Whitecaps defenders gave him half a step.

For the ‘Caps, captain Pedro Morales was deployed as a left winger for the majority of the game. Unfortunately, the Maestro was not as effective playing wide as he is playing centrally and his contributions were not meaningful throughout much of the match.

Another difference-maker for the Whitecaps is Nicolas Mezquida. Time and time again the Uruguayan has provided a spark of energy to the Blue and White in the final third.

10' Nico looking sharp with the first chance of the match. pic.twitter.com/YQ0aRTHjfc

Alas, as is usually the case, Mezquida was the first player to be subbed out, this time to make way for Blas Pérez, at the 65th minute.

The Stub Hub Center has seldom been kind to its British Columbian visitors. Tonight, however, the Blue and White put together a positive first half (aside from the goal conceded) where they created chances and bombarded the Galaxy net with 10 shots to only 3 from the Californians.

The difference? Well, Vancouver finished the game with only 15% of their shots actually on target compared to a whopping 55% from the Galaxy.

FT: 2-0 LA. Deserved winners. If there's a worse word for the #VWFC attack than "anemic", it's accurate. Crisis incoming. #LAvVAN

The Whitecaps conceded the second goal of the night right after the halftime break. The goal took all wind out of the ‘Caps sails and Vancouver struggled to maintain pressure and possession and, as a result, to create meaningful chances when they needed them the most.

So, in similar fashion to what supporters have seen in the past, the Whitecaps will come back from Carson with no points to add to their tally for the season.

3. Where in the world is Kekuta Manneh?

The surprise in LA .Kekuta Manneh is not dressed tonight for the #WhitecapsFC! He is here and not hurt. Make of it what you will.

Shortly before the game, as the lineups were announced, it was confirmed that Kekuta Manneh would not be in the 18-player game day roster despite having made the trip down to LA and with no apparent injury concerns.

With the transfer window opening today, and with the imminent announcement of Designated Player Octavio Rivero transferring to Chilean giants Colo Colo, Manneh’s absence from the roster queued a flurry of speculation regarding the speedy winger’s future with the ‘Caps.

This doesn't sound good. Manneh on the way out of town? #VWFC https://t.co/3Mx6gPhE6R

After the game, it was revealed that the Welsh tactician wanted to send a message to the youngster and the group over internal issues that he saw through the course of the week during training.

Robinson on Manneh "a coaches decision ,
He will be back in the group next week, sends message to all players". #VWFC

Should Carl Robinson and his staff have decided that Manneh’s time with the club was up, it would have been interesting to see what type of player Robinson brought in. In a league that rewards speed over almost any other quality, it is not a far stretch to think that there would be a few teams interested in the young Gambian.

A player with similar characteristics would keep the status quo in regards to the composition of the team. However, bringing a player in a different position could mean a re-shifting of the foundation on which this team is built.

Things are not getting any easier for the Whitecaps as they return to BC Place on Saturday to host the Western Conference leading Colorado Rapids, a team that, despite struggling the past few years, have seemingly had the ‘Caps number.