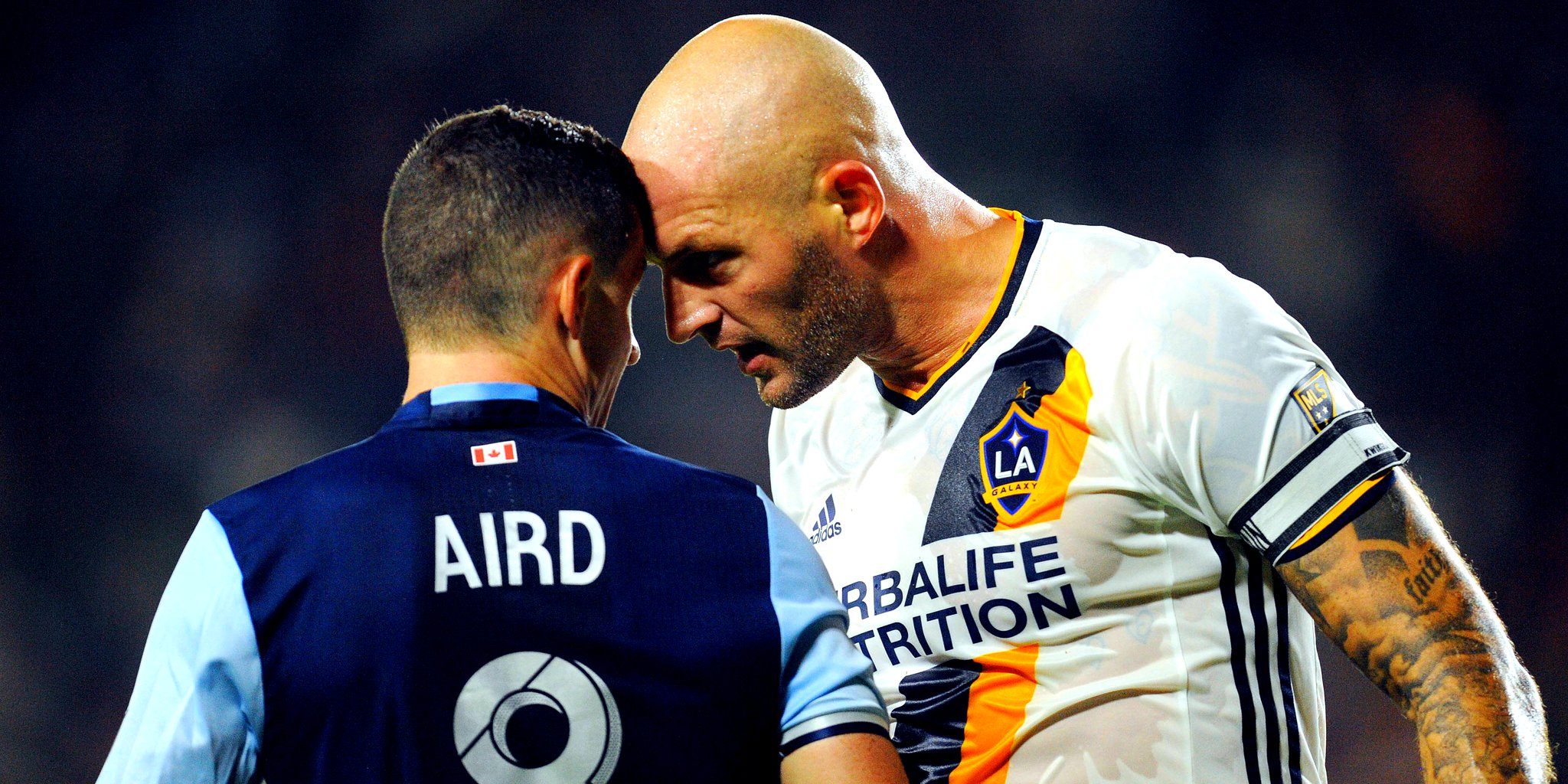 Hold off on those eulogies, folks. The Vancouver Whitecaps FC may not be as dead as common wisdom would have you believe. There’s still some life in those legs.

Despite playing their third game in nine days, the Whitecaps held off the LA Galaxy and escaped California with a 0-0 draw. While the final score may only be worth a point in the standings, the performance on the field may be worth a king’s ransom should it replicate itself down the stretch.

Unrelenting tackles, lightning fast counter-attacks… where has this team been the last few months? Could they please stick around?

A staple during the Quakes’ “Goonies” iteration, Gordon and Lenhart could be relied upon to do the dirty work in the attacking zone when the game was in its latter stages. They would bump, dive, generally frustrate defenders and chip in with the occasional clutch goal.

While one former bash brother (Gordon) was in this game, he wasn’t the one doing the bashing.

Instead, it was the ‘Caps doling out more than their fair share of physicalities, with Fraser Aird in particular taking great relish in delivering some authoritative (some might say dangerous) tackles from the wing in the early going, though his exuberance did earn him a yellow card within 30 minutes.

It set the tone for the game and was an exclamation point on Vancouver’s defensive temperament. To wit: the Galaxy were credited with 73% possession and zero shots in the first half.

In other words: go ahead, have the ball. Now try and get past us. Good luck.

2. The curious case of Erik Hurtado

I mean… he has to be cursed, right? I’m running out of reasons to explain Hurtado’s baffling inability to score in MLS.

"Hurtado is offside." Said so often tonight it's almost a cliche. #VWFC #WhitecapsFC

Hurtado had three bona fide chances on goal in a little more than half an hour to start the match, none of which could find the back of the net. The seventh-minute chance in particular was a real kick in the gut to a guy who seemed determined to add a league goal to go with his CONCACAF Champions League goal from midweek.

7' Hurtado comes within an inch of notching the 1st goal of the match, but the crossbar makes the stop #VWFC #LAvVAN pic.twitter.com/bZqrs5rsBU

Still, it’s the same old song and dance with Hurtado. Lots of effort, lack of finishing. That’s simply not good enough, curse or no curse. Hurtado’s case for remaining a Whitecap in 2017 and beyond is looking shakier by the day.

I am told that 4 Canadians is the most Canadians the Whitecaps have ever started in MLS. Edgar, de Jong, Teibert, Aird tonight.

Once again: this was not a friendly or a cup match. This was an honest-to-goodness league game against the always-deadly LA Galaxy in California and four Canadians started.

We’re inching ever closer to being a Canadian team that can play Canadians and be effective while doing so. It might be a few more years yet before we can crest that 50% mark (9 of the game-day 18), but would you bet against the ‘Caps being the ones to do it?

Player development opportunities in our national team pool are precious few as it is. Enforcing and encouraging a culture of domestic talent priority can only be a good thing for the future.

It certainly didn’t hurt that Edgar and De Jong looked rock solid at the back, that Teibert was an excellent partner to Matías Laba in the midfield, and that Fraser Aird was, as mentioned earlier, playing out of his [expletive] mind. Now, all that needs to happen is for that level of performance to be a baseline, not a peak.

Hey, nobody every said fixing our broken domestic soccer model was going to be easy.

Gotta say, it was a good day.