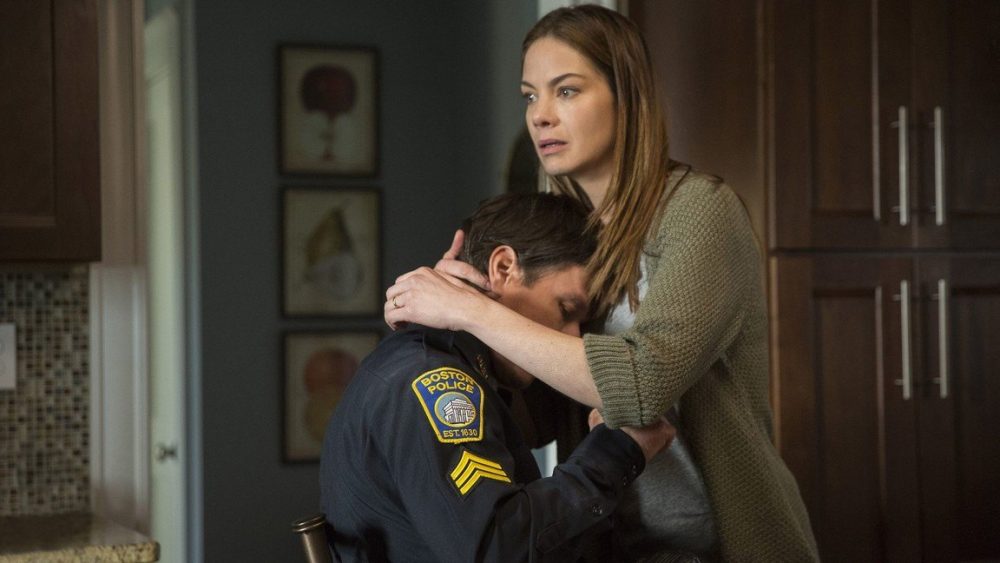 As of this week, a 700-metre stretch of Powell Street between Clarke Drive and Hawks Avenue was closed down for a year-long construction project to build the Powell Street Overpass.

It might be a huge inconvenience over the short-term but there is a long-term benefit to this project to build a rail overpass over Powell Street. Currently, long traffic backups are created whenever trains use the ground level crossing on Powell Street, which is one of the city’s busiest transportation routes with more than 30,000 vehicles per day.

The $50-million project will involve the realignment of Powell Street, the creation of an 4-lane elevated road over the rail tracks, bike lanes and pedestrian sidewalks. Port Metro Vancouver is contributing $19.5-million and Transport Canada will contribute $18.5-million. TransLink, the City of Vancouver, and Canada Pacific will contribute between $3.75-$4.5-million each to fill in the remaining gap. This stretch of Powell Street will reopen in the summer of 2014.

Commuters who regularly use this Powell Street route should look for alternate options, such as Hastings Street or Prior Street via Clark Drive. Several bus routes are also affected, including #4, 7, 209, 210, 211, and 214. 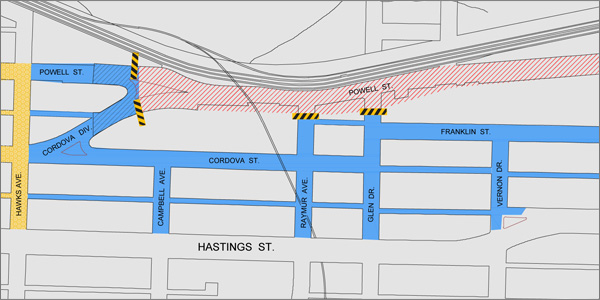