A monster house under construction in West Vancouver is drawing the ire of neighbours and City Council.

The future home at 1739 Mathers Avenue in the Ambleside neighbourhood will be 26,000 square feet, something that has alarmed neighbours and reinforced the districts’ position against monster homes.

Back in 2012, the land owner of two side-by-side properties on Mathers Ave across the street from West Vancouver Secondary School applied to subdivide the two lots into three, a proposal which was approved by city council in April 2012.

Somewhere between then and now, the land-owner didn’t follow through with their plans and put both lots, totalling 48,960 square-feet, up for sale together for $2,398,000 and sold in October 2013. The properties’ new owner did not take advantage of the opportunity to build and sell three homes on the land, but instead decided consolidate the two lots and build one massive house for himself and his family.

That is the situation that now has passers-by in awe of the large hole in the ground, which is making the high school across the street look rather small.

West Vancouver Councillor Mary-Ann Booth heard about the controversial development several months ago when construction first began, and says it wasn’t something that was brought in front of council because consolidating lots is an area the Land Title office manages.

“We’ve heard a lot from not only the neighbours but the community in general, asking how this could happen. The bottom line is that when people consolidate lots, we have to erase the lot line. We don’t get notification of that as it’s done through the land title office,” Booth told Vancity Buzz.

“Generally, I think council was very concerned with the size of the house and the fact that it didn’t fit in with the neighbourhood and will have a negative impact of the character of the area.”

The neighbourhood where the house is being built is dominated largely by smaller character homes or heritage houses from the early days of Ambleside’s development. Homes of this size are more often seen in the British Properties or Altamont. 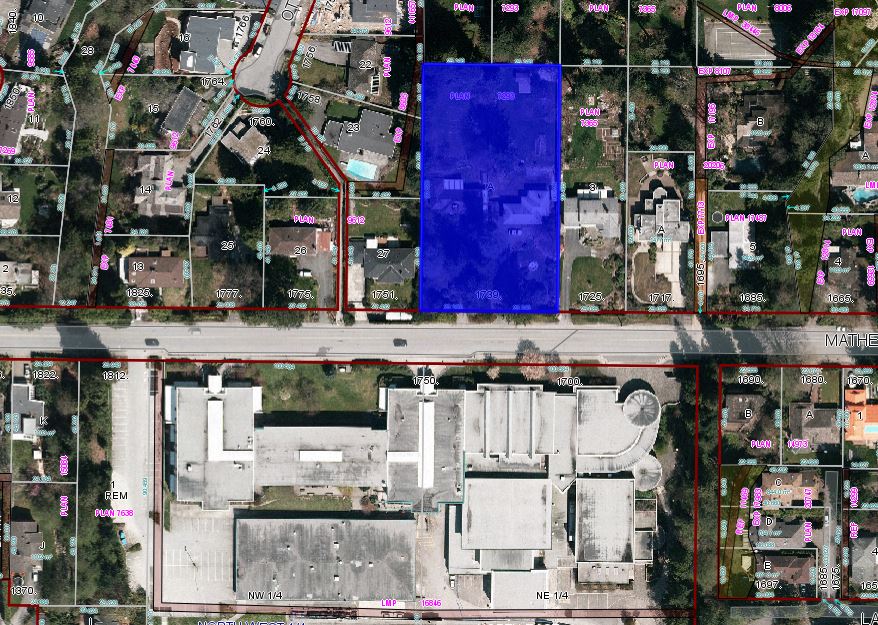 While the house’s foundation already has people talking, not many know yet what the building will look like once completed. That may be a whole other issue once revealed

Booth says the biggest concerns at the moment are the home’s size in comparison with the rest of the neighbourhood and the massing of the house.

“Obviously on the face of it, a 26,000 square foot house is not consistent with the neighbourhood at all.”

The problem is part of a bigger issue facing West Vancouver residents involving the degradation of neighbourhood character with too-large homes. Plans to amend the current by-laws, which allow consolidated lots to house exponentially larger homes.

“Currently the Land Title Act allows for the consolidation of lots by the Land Title Office without the approval of either the District of the District’s Approving Officer. Currently a lot consolidation enabled a correspondingly larger house to be constructed based on current floor area ratio regulations. Put more simply, as a parcel grows the dwelling size can expand in a direct, linear amount,” the report reads.

Under the current regulations, a single lot of 12,000 square feet may include a house of maximum 4,200 square feet. If two lots of that size are consolidated, the house can be as large as 8,400 square feet.

Proposed regulations, which Booth says will be drafted and presented to council in the next couple months, limit the size of a house in a consolidated lot to 150% of the minimum lot area in the zone, regardless of how large the lot grows through consolidation.

With the proposed new bylaws, residents will also have to abide by new rules regarding vegetation and fence height.

“You’re going to have to file a landscape plan, which is another impact residents are concerned about. All the vegetation is taken off the lot when the house is demolished and then you’re left with a very scant landscape when the house is built, which doesn’t fit in with the neighbourhood.”

Maximum fence height is also something Booth says residents and Councillors are concerned about as there is currently no limit, meaning some people have been erecting fences as high as 20 feet.

Councillor Booth says she does not believe the new bylaws will be controversial and she expects them to pass.

West Vancouver’s latest monster home is set to be completed by 2017. For context, below is a 20,000 square-foot house for sale in Abbotsford, the largest we could find in the Metro Vancouver region. It boasts an indoor hockey rink, indoor pool, barn, separate guest house, and 10-car garage for just under $8.5 million. 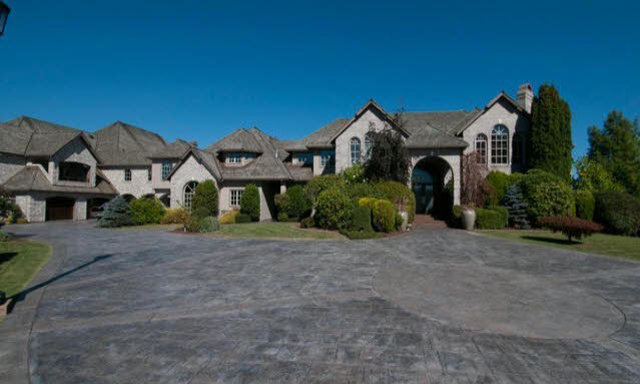