A hillside property in Vancouver’s Point Grey neighbourhood that overlooks Spanish Banks is now on the market for $25.8 million.

However, the property is a teardown – its exterior walls are covered with graffiti and all of its windows have been boarded up.

Its eight-digit value comes from the value of the size of the land, its location in one of the region’s wealthiest neighbourhoods, and the panoramic views of Burrard Inlet, Stanley Park and the North Shore Mountains. The property has a lot frontage of 150 feet.

Royal Pacific realtor Sarina Han writes that a nearly 30,000 square foot “majestic mansion” is permitted for the property, in addition to luxurious amenities such as a swimming pool, tennis court and garden – features that neighbouring properties also boast. 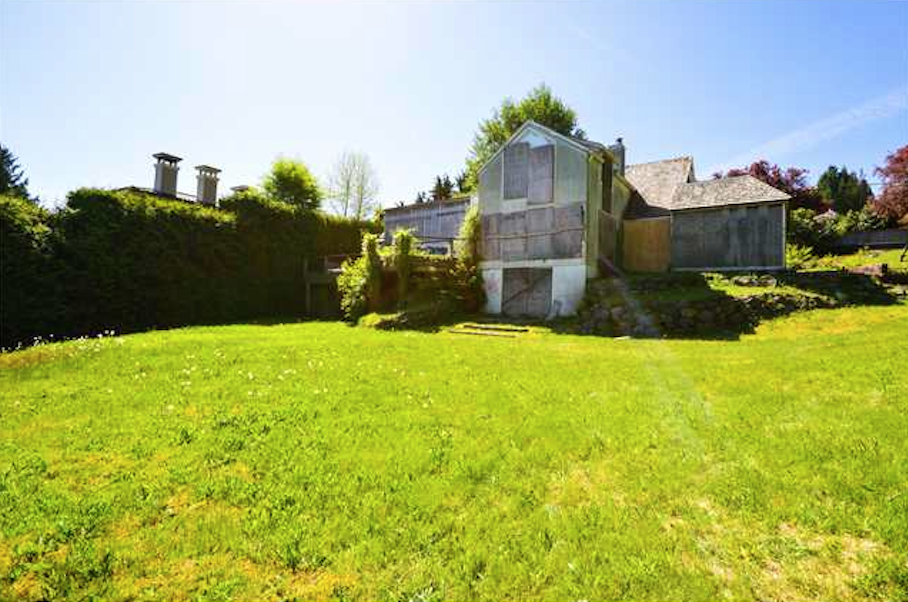