With just one day to spend in Moscow before heading to Sochi, and knowing that I’d be jet-legged from two overnight flights, I had pre-arranged a private guide to take me around to all of the major sites.

I met my guide Alina at my hotel, and she accompanied me on a whirlwind seven-hour walking tour. We checked out the Kitay Gorod neighbourhood, the GUM (the former state department store that was now a fancy shopping mall), walked past the Bolshoi Theatre and the KGB headquarters, visited the Cathedral of Christ the Saviour (originally build in 1800s, destroyed by Stalin, then lavishly rebuilt in 1997 — also famous for being the location of the Pussy Riot performance that resulted in their arrest and imprisonment), the Arbat neighbourhood with its pedestrian shopping street, and several of the Moscow metro stations — not only an essential public transport system to rival London or New York but with some of the most amazing architecture and designs I’ve ever seen.

Gilded ceilings, chandeliers, frescos, mosaics, stained glass – each station was different, and the extravagance of design seemed in stark contrast with my preconceptions of the Soviet style of their time. 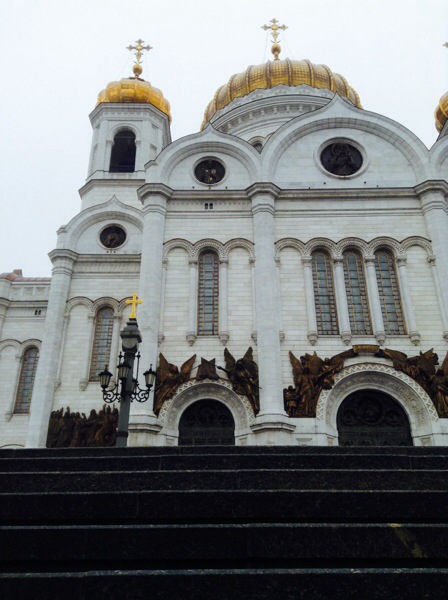 But the highlight, tourist cliché though it might be, was the Red Square and the Kremlin. The first time we rounded a corner and saw the imposing red walls and towers of the Kremlin, with the colourful onion domes of St. Basil’s peeking out in one corner, that took my breath away. Chilly temperatures kept the crowds small, and we were able to wander around the streets of the Kremlin seeing the people go about their daily business. 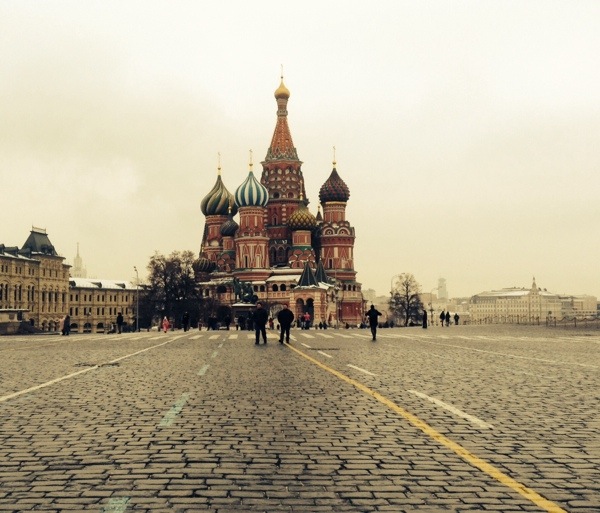 Other than the countdown clock just outside of Red Square and a few Olympic-themed sponsor ads in the GUM and on the metro, there wasn’t a whole lot of evidence in Moscow that Russia would be hosting the Games starting in just a few days. But I suppose that would have been similar if I had visited Ottawa or Toronto during the lead-up to Vancouver’s games. 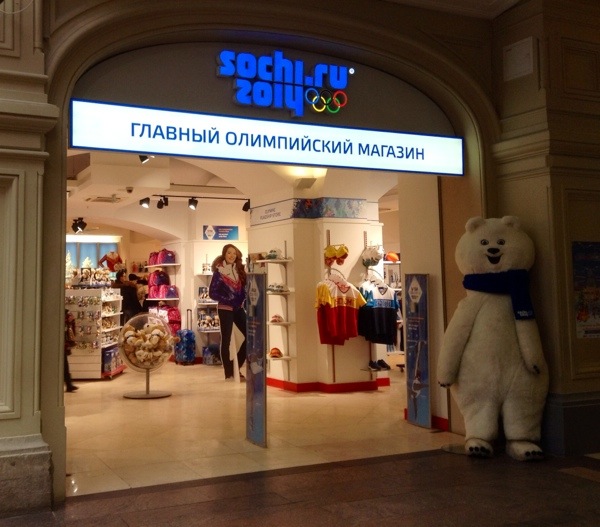 Spending the day in Moscow also highlighted that my Russian language skills leave a lot to be desired. The Moscow airport – with its bilingual signage – gave me a false sense of confidence, but once on the Metro or walking around downtown, it would have been quite difficult to navigate on my own without speaking the language. I can read certain words, but the second someone spoke to me, I’d have no clue what they were saying.

Tomorrow I fly to Sochi, but I’ll definitely need to return to Moscow in the future to explore more of the city! 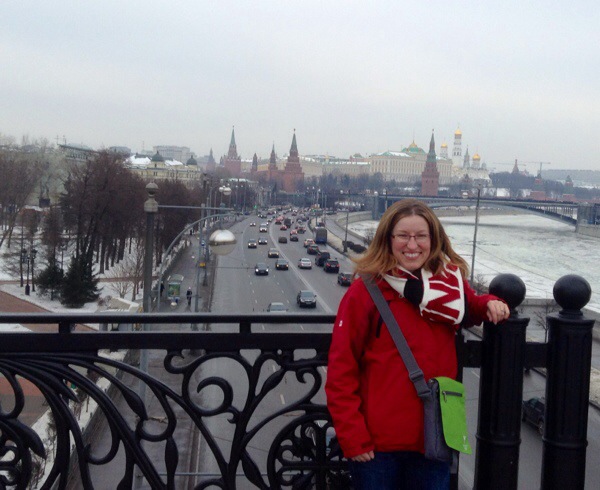 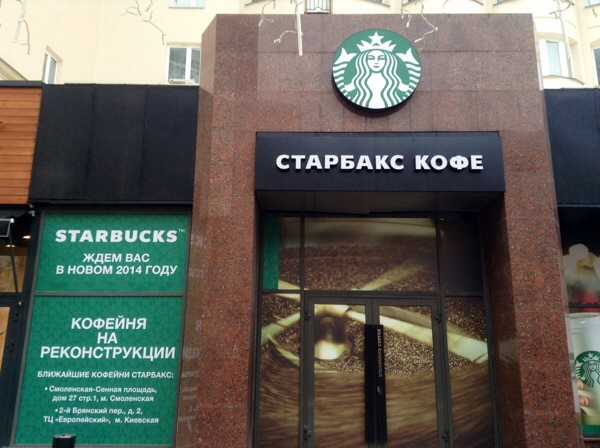