Anyone who knows me, knows I am an atheist. Deities may as well be called sky wizards for all I care. And god knows (pun intended), religion has a lot to answer for.

But it’s undeniable that for centuries, religious faith has inspired communities around the world to build the most amazing monuments to their worshipped one.

All of which makes the Vatican, one of the most religious places in the world, worth a look ‐ even if you are an unbeliever. 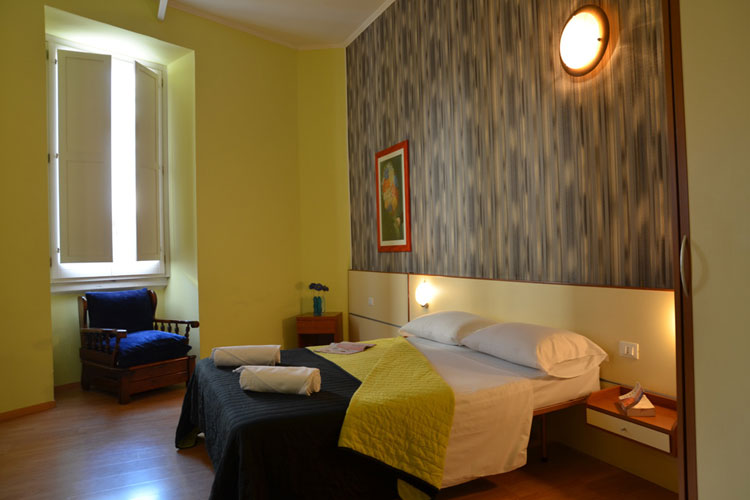 There is no accommodation in the Vatican, unless you’re the Pope, the clergy or the Swiss Guard. For us mere mortals, it’s Rome or bust. We stayed in Hotel Mimosa, offering 1‐star small rooms in the historic centre, near the Pantheon. The 24‐hour reception staff were exceptionally helpful. And if that little place isn’t for you, there are a bazillion other options in Rome ‐ from the economical Roma Downtown Hostel to the extravagant Aldrovandi Villa Borghese. 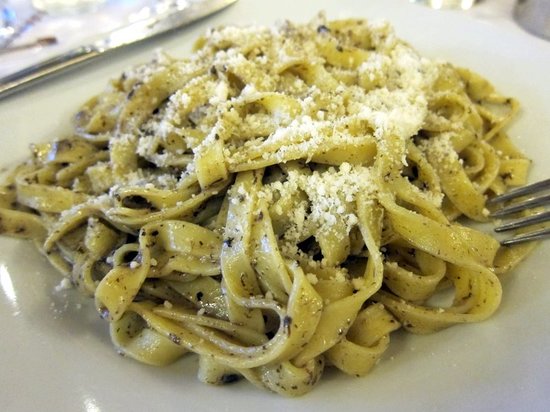 There are also no restaurants in the Holy See, but since it’s so miniscule ‐ only 44 hectares ‐ you can easily find somewhere just outside the border to grab a bite to eat. Our hotel recommended Tre Pupazzi, one of many tavernas on a small street just a five minute walk from the Vatican. We had a great lunch of pasta alla carbonara ‐ simple but effective ‐ and ravioli al limone ‐ delicate and delicious. 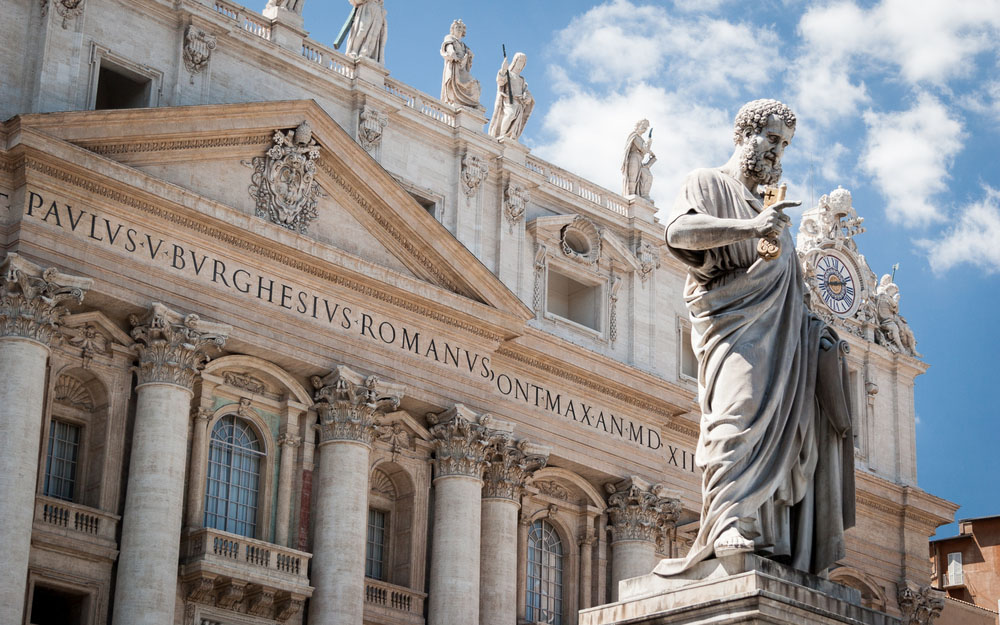 Statue of St. Peter in St. Peter’s Square, Vatican City, with the front of the famous Basilica in the background / Image: pxl.store / Shutterstock

The Vatican may be the world’s smallest independent state, but the enclave is rich in religious wealth ‐ St. Peter’s Basilica and the Sistine Chapel will keep you busy for a whole day.

The magnificent basilica, occupying St. Peter’s Square since 329 AD, has been maintained as only the Catholic church knows how. Its imposing façade of huge Corinthian columns gives way to a vast place of worship, bathed in gold and bronze, bursting with Baroque stuccos and mosaics. 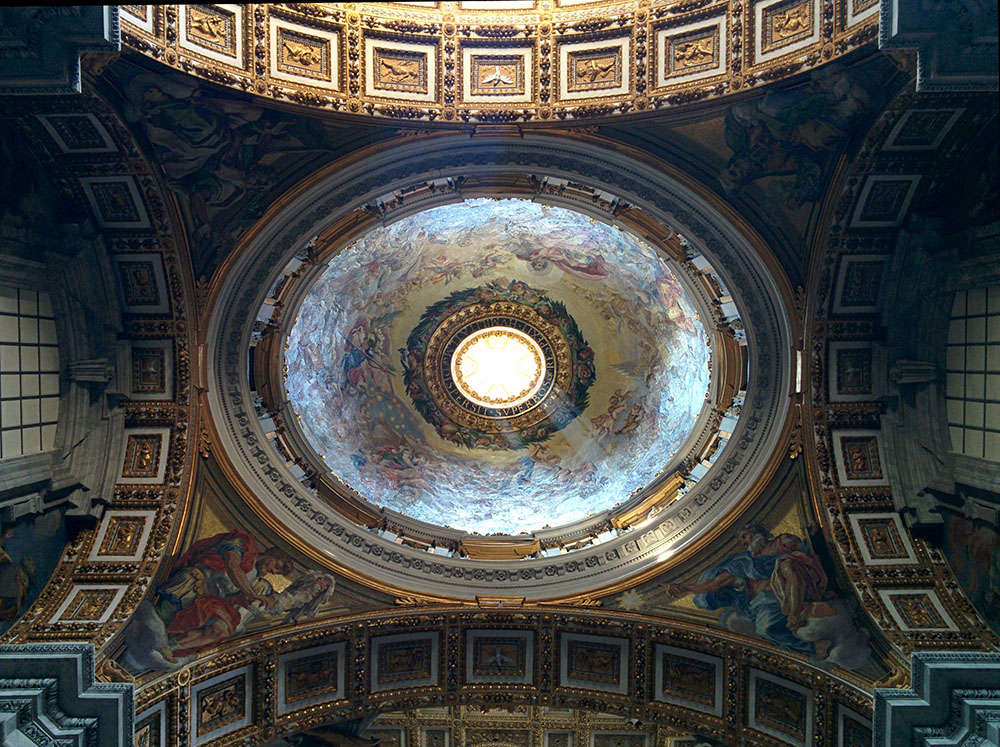 The effect is overwhelming ‐ I actually saw a woman faint there ‐ and that’s before you even begin to wonder at the supposed tomb of St. Peter, marvel at Michelangelo’s sculptural masterpiece, Pietà, and stand in architectural awe of the light rays beaming down onto Bernini’s bronze baldacchino.

The Sistine Chapel, by contrast, is tiny, and yet the entire Catholic doctrine is spilled across its exquisite interior. 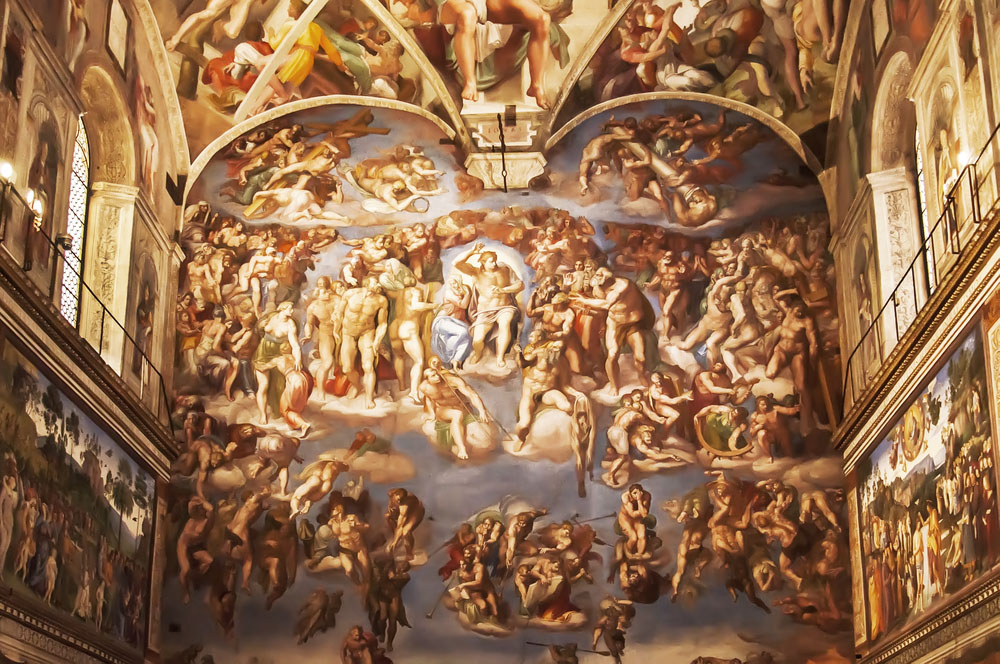 Gaze upwards at Michelangelo’s bold ceiling and admire the bountiful artistry around you ‐ from the Creation of Adam, the artist’s dramatic and ethereal interpretation of the birth of humankind, to his damning fresco, The Last Judgement, which bathes the altar wall in fleshy bodies, thrown to the mercy of their god.

But beware, if you wish to see these powerful paintings, you face an arduous journey through the Pope’s own IKEA ‐ the Vatican Museums ‐ strewn with treasure the church is apparently saving for a rainy day. There’s no other way out, and there’s no other way in, unless you’re the Pontiff or his minions. 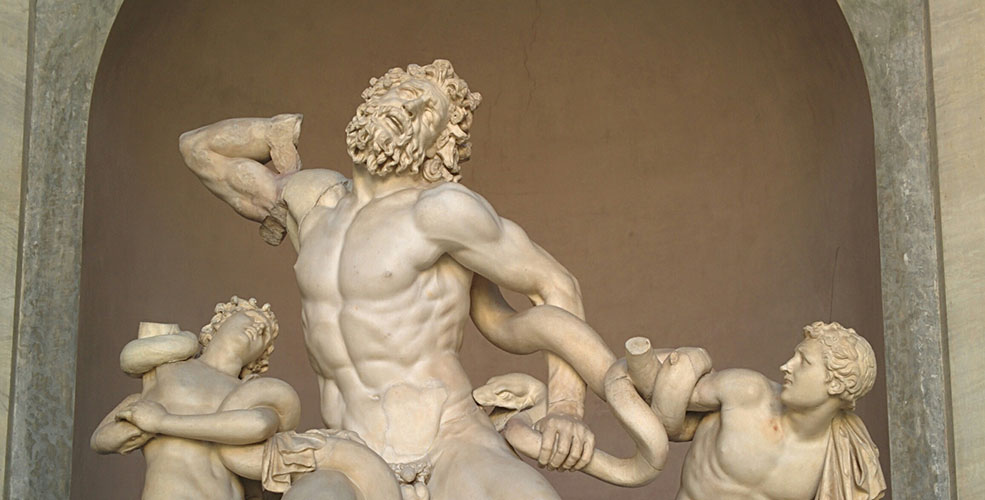 Of course, at first, this wealth of artistic artefacts is culturally fascinating – but after a couple of hours, I couldn’t shake the sense this was obscene. The sheer volume of riches housed here seems completely at odds with the Bible’s advice to share wealth with the poor.

For survival as an unbeliever, I recommend getting an audioguide ‐ there are no other explanations and it will be essential in the Sistine Chapel. Also, plan where to stop and feel free to breeze on through the rest.

And as an atheist, is it all worth the trip? Divinely.