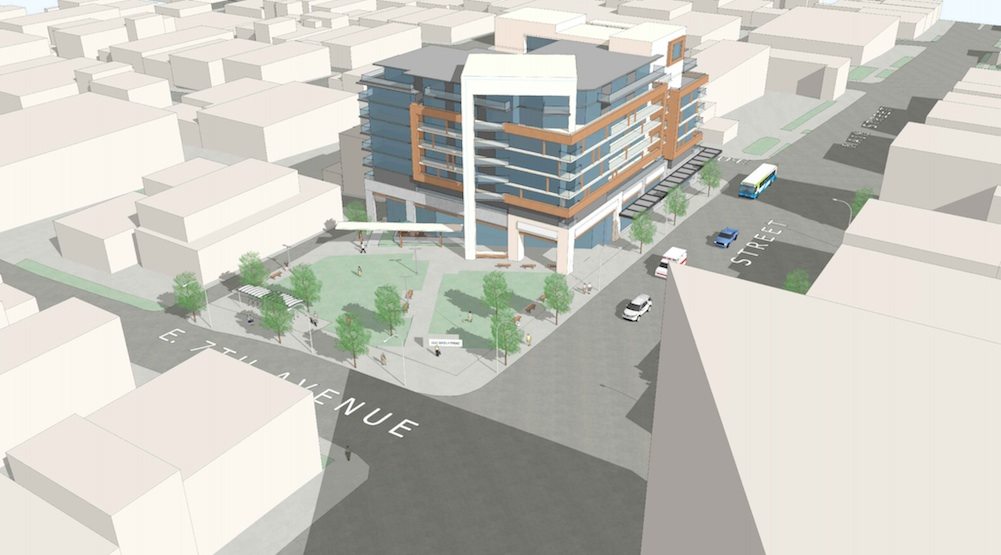 Catalyst Community Developments and Marcon Developments has submitted a rezoning application for 2221 Main Street, a vacant site zoned for industrial and currently used as a parking lot.

The project is a partnership with the municipal government’s Vancouver Affordable Housing Agency and consists of a nine-storey building with 10,000 square feet of retail and restaurant space on the ground level and 145 units of social housing rental units on the upper levels. 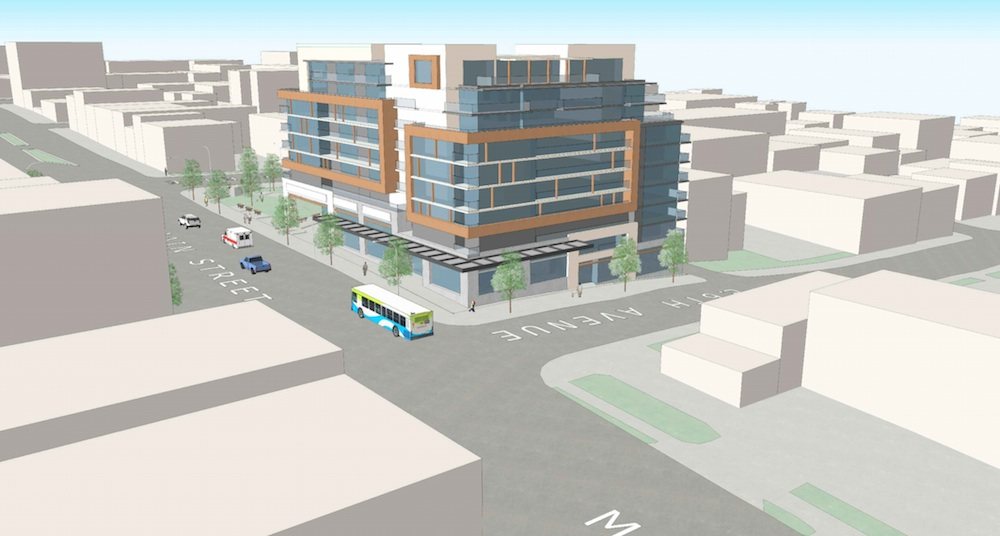 Approximately half of the units are designed for larger families. There will be:

A total floor area of 115,000 square feet is planned for the 35,000-square-foot site, giving it a floor space ratio (FSR) density of 3.3 FSR. Proponents are also planning a 192-space underground parking lot.

A public park to be owned and operated by the Vancouver Park Board is also proposed for the southern half of the development site. It will be 12,000 square feet in size or just over a quarter of an acre.

However, the public space component of the project is not a part of this rezoning application and will undergo a separate design process. 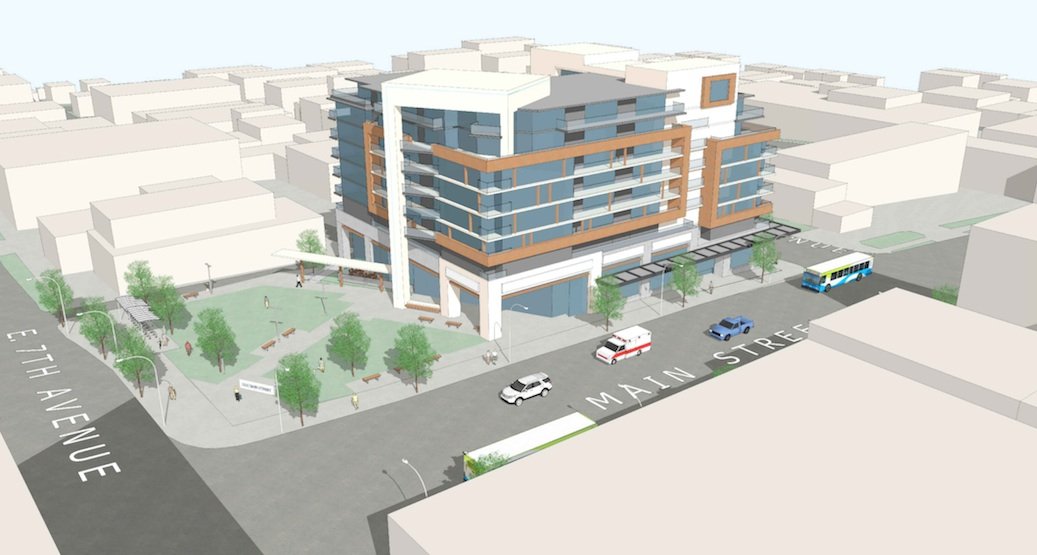 The Main Street corridor from Chinatown to 41st Avenue is poised to see a new street wall of redevelopments made up of primarily low- and mid-rise projects. Dozens of projects are either planned, proposed, or approved, such as the redevelopment of Chinatown’s Brickhouse, a rental building on the site of the Narrow Lounge, the planned tech hub project at Main Street and East 4th Avenue that will include Hootsuite, and the new community planned for the Little Mountain site at Main Street and East 37th Avenue.

As well, the site that was formerly home to the now-closed The Foundation restaurant, located directly across the street from 2221 Main Street, could be redeveloped. 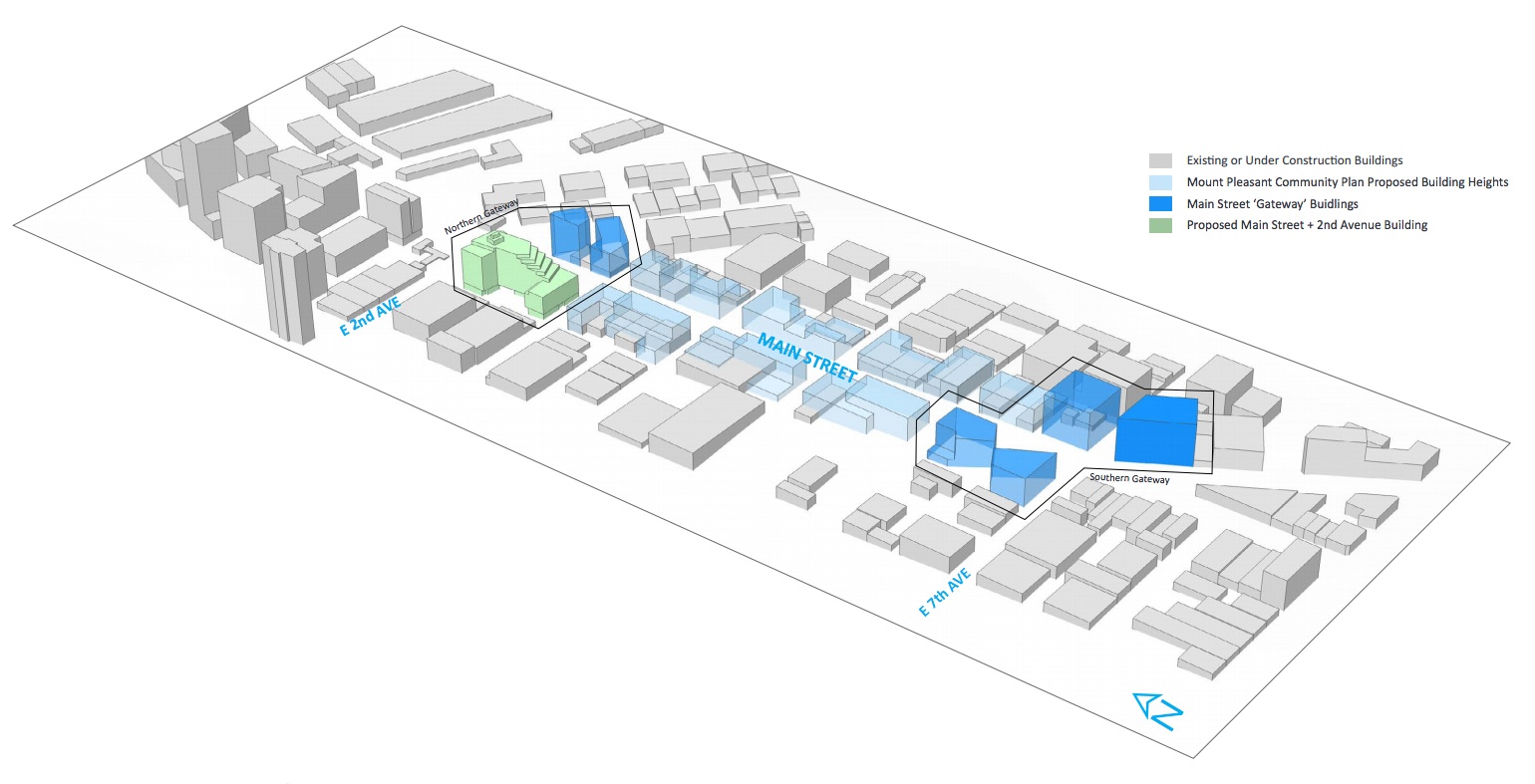