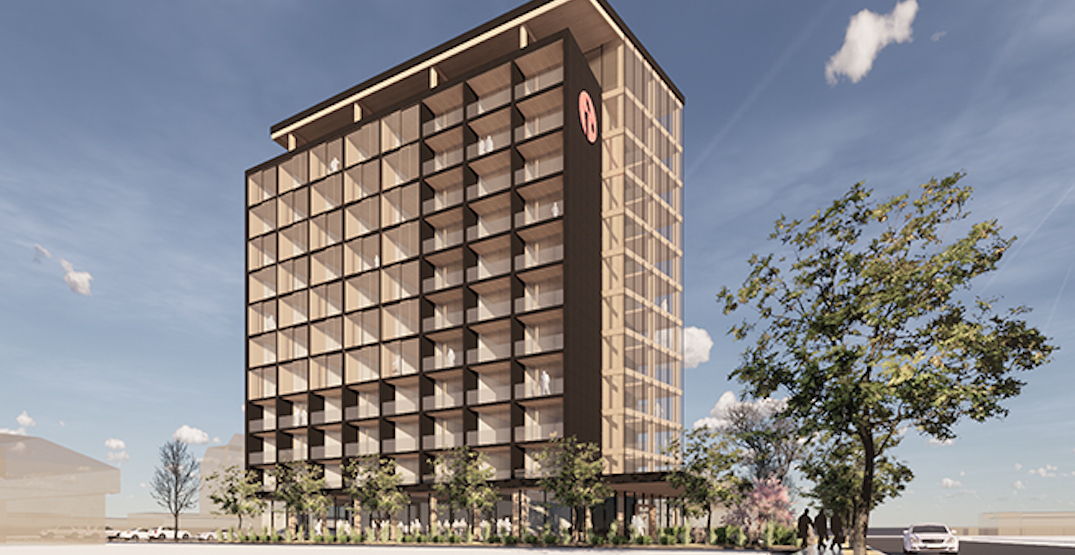 The Ramada by Wyndham Hotel & Conference Center in Kelowna could see a new 12-storey mass timber building, making it the tallest structure of its kind in the city.

RPB Hotels and Resorts, the operator of the existing property, has selected Nebraska-based international design firm HDR to build the new hotel with 82 guest rooms.

The existing hotel property is located at 2170 Harvey Avenue, located at the northwest corner of the intersection of Harvey Avenue and Dilworth Drive. The new building will occupy a footprint on the southwestern portion of the property, on an area currently used as ground-level parking.

According to a release, the tower will be built using partial encapsulation and exposed cross-laminated timber (CLT), as well as glue-laminated timber (glulam). The building will offer three varying suite types with access from a single-loaded corridor, day-lit from north and south.

The firm says the proposal is made possible by the City of Kelowna’s early adoption of new provincial regulations allowing mass timber construction of up to 12 storeys.

“The development is divided between façade articulation and material treatments — distinguishing street-level retail amenities, the hotel’s main lobby and two penthouse suites, which are recessed from the main suite block on the west elevation,” reads the release.

“The façade’s glass projection, which captures common space on each floor for guests to socialize, will showcase the innovative mass timber design and construction.” 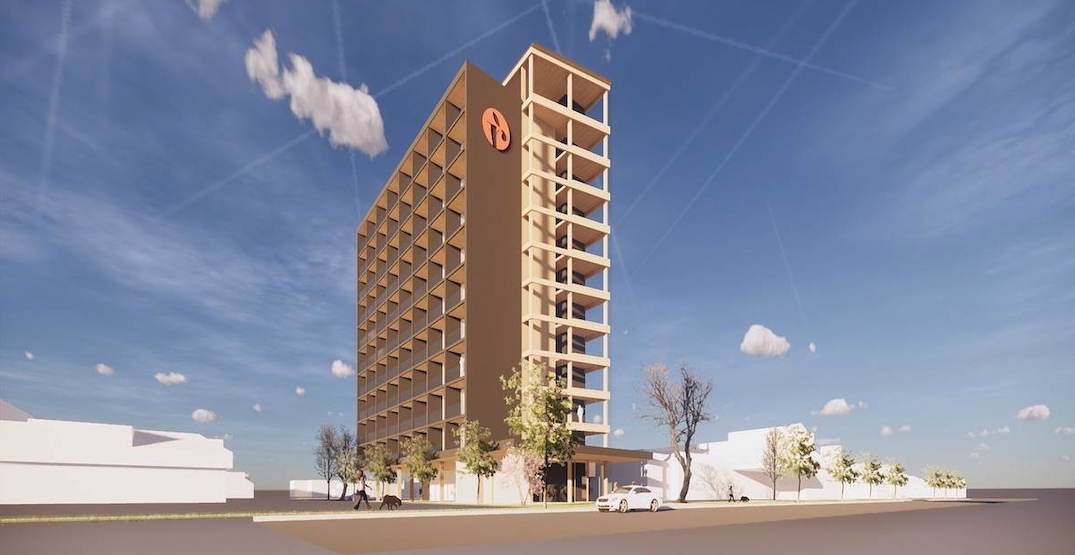 HDR is aiming to minimize construction disruption to the existing hotel building. There will also be a landscape buffer on all sides of the building, and to align with the municipal government’s green initiatives, the development includes four on-site vehicle charging stations, and short-term and long-term bike parking.

If approved, construction could begin sometime in 2021.

The hotel property spans 4.3 acres, with the existing five-storey hotel building, constructed in 1981, containing 135 guest rooms and about 7,000 sq. ft. of meeting space. The property’s latest assessed value is $12.9 million, with $11.4 million for the land and $1.5 million for the structures.

HDR has offices in Vancouver, Victoria, and Penticton. 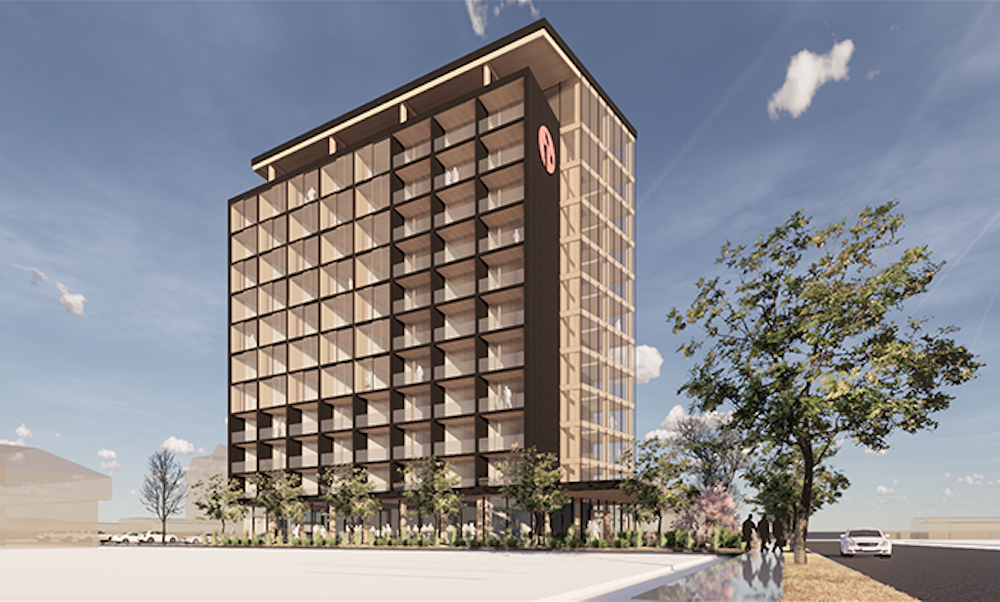