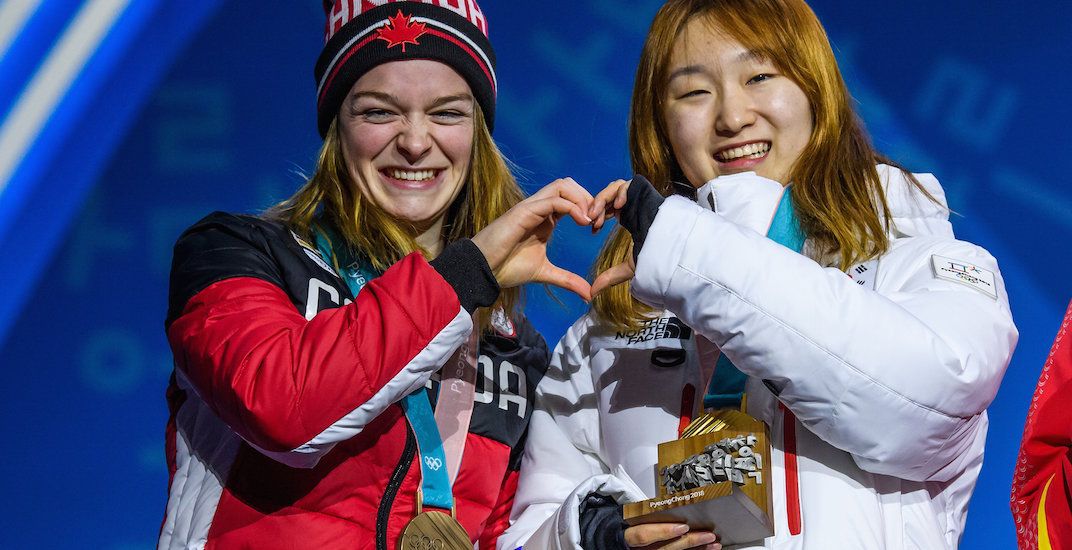 It was a golden morning for Team Canada at the Winter Olympics.

Bobsledders Justin Kripps and Alexander Kopacz won our sixth gold medal of PyeongChang 2018, finishing in a first-place tie with Germany in the two-man event. Both teams will share the top of the podium, with Latvia taking bronze.

“It’s great, it’s two more people as happy as we are,” said Kripps. “They are amazing competitors, we have been friends and rivals for years.”

Kripps and Kopacz will have a chance for another medal later this week in the four-man competition.

Tessa Virtue and Scott Moir also put their best foot forward, leading the pack in ice dancing after a world record score in the short program. They’ll be up against the French ice dancing duo of Gabriella Papadakis and Guillaume Cizeron, who overcame a wardrobe malfunction to post the second-best score.

Also of note, Canada’s Cassie Sharpe advanced to the women’s ski halfpipe final with the top score in the competition.

With the gold medal, Canada has pulled ahead of the Netherlands for third place in the medal standings (they’re tied in gold, but Canada has four more bronze medals). 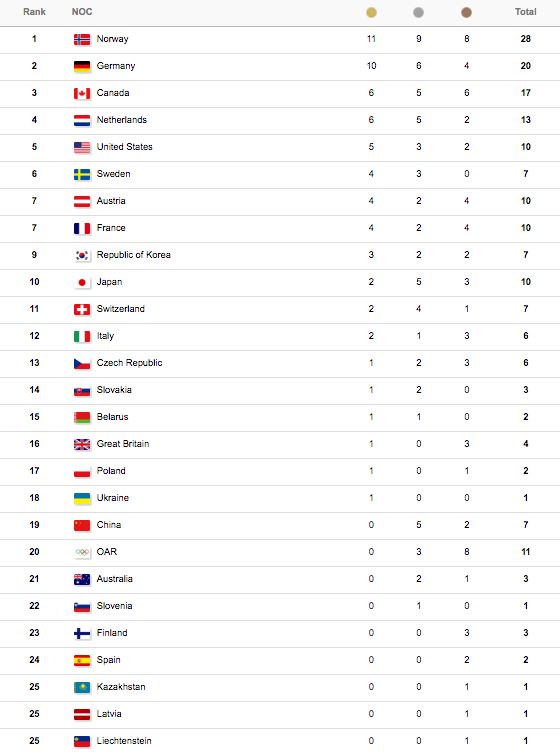