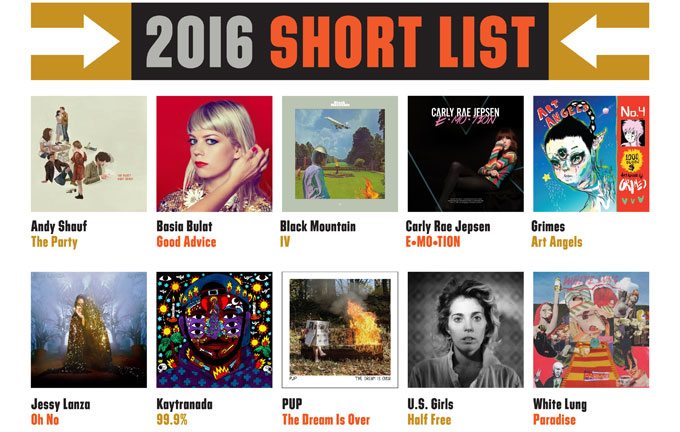 The Polaris Prize Short List was released today, revealing the final 10 albums still in the running for the coveted Canadian prize.

Last month, the long list featured 40 Canadian albums up for consideration including both Drake’s Views and The Weeknd’s Beauty Behind The Madness. But the Polaris Prize prides itself on judging albums based solely on artistic merit – not record sales, international fame or genre – and as a result neither of those two incredibly successful albums found their way onto the short list.

Presented by CBC Music and produced by Blue Ant Media, the official Polaris Prize Short List is as follows:

The Polaris Music Prize Gala, where the winning album will be announced, will be held at The Carlu in Toronto on Monday, September 19 at 8 pm. The winner will take home a $50,000 first place prize while all nine runner’s up will receive $3,000.

Past winners of the Polaris Prize are as follows: