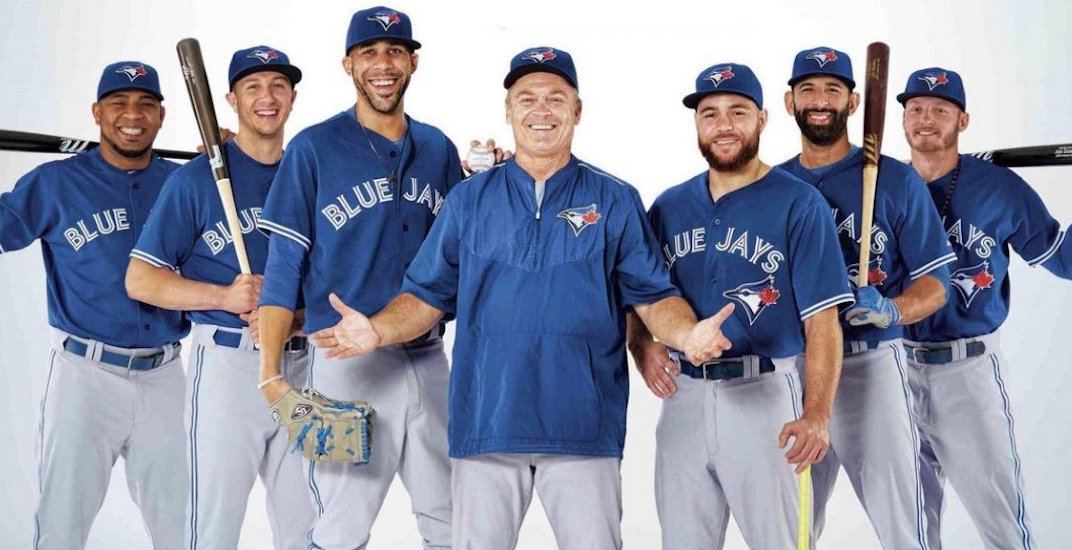 In just four years, the Toronto Blue Jays have turned over nearly their entire roster.

Earlier this week, the Blue Jays cut bait with two more mainstays from that 2015 club – the group that returned the franchise to the postseason for the first time since 1993 – when they traded Marcus Stroman to the New York Mets and Aaron Sanchez to the Houston Astros. Joe Biagini was an integral member of the 2016 Blue Jays bullpen, and he too was traded.

That 2015 team feels like a lifetime ago, when the Blue Jays had one of the most lethal lineups in Major League Baseball, they boasted one of the best starting pitchers in the game, and they featured a lockdown bullpen.

Where are they all now? Aside from Justin Smoak and injured players Devon Travis and Ryan Tepera, they’re all playing for different teams, or in some cases not playing at all.

Here’s a look back at those beloved 2015 Blue Jays and an update on where you’ll find key members of that team in 2019.

Heading into the 2015 season, Josh Donaldson was the Blue Jays’ prized acquisition. He came as advertised and won an American League MVP in 2015, helping guide the Blue Jays to their first playoff berth in 22 years.

Last year, the Blue Jays traded Donaldson to the Cleveland Indians and he then reunited with Alex Anthopoulos and re-signed on a one-year deal with the Atlanta Braves.

After a slow start in Atlanta, the Bringer of Rain has surged in the second half and has 24 home runs and boasts an .886 OPS playing third base for the Braves. He’s poised to do damage in the playoffs with a youth-driven Braves squad.

Last week, Troy Tulowitzki announced his retirement from Major League Baseball. Since July 2017, he played in only 5 games (all with the New York Yankees, oddly enough). Injuries took their toll on the 34-year-old shortstop and rather than attempt a comeback, Tulo opted to hang up his spikes for good.

Tulowitzki had some big moments in a Blue Jays uniform and he’ll be remembered as the first domino to fall for the Blue Jays at the 2015 trade deadline.

Edwin Encarnacion authored one of the signature moments in Blue Jays history with his walk-off home run in the 2016 American League Wild Card game. At the end of that season, he went to free agency and landed with the Cleveland Indians on a three-year, $60 million contract.

Cleveland reshuffled their roster this year and sent Encarnacion to the Mariners, who then traded him to the Yankees. The parrot is flying more than ever at Yankee Stadium, as Encarnacion is among the American League leaders in home runs, at age 36.

Rather than return to Toronto, Price jumped ship to a division rival in November 2015 and signed an eye-popping seven-year, $217 million contract with the Boston Red Sox.

Price is in year four of that seven-year deal and he was rewarded with a World Series ring last year.

Once signed to the largest free agent contract in Blue Jays history, Russell Martin found himself traded to the Los Angeles Dodgers earlier this year. He’s playing a backup catcher role for the Dodgers, who are running away with the National League West.

Martin’s played all over the diamond this year and even made a few pitching appearances. Still, it’s not as cool as managing the Blue Jays on the last day of the season.

Joey Bats walked off into the sunset at the end of 2017 with great fanfare in Toronto, but struggled to find a home in 2018. He landed with the Atlanta Braves for a while, then he caught on with the New York Mets and found himself traded to the Philadelphia Phillies last year. Three teams in the span of three months.

The whereabouts of the longtime Blue Jay are unknown as he’s been very quiet on social media this year. The last bit of Bautista news had to do with his famous “bat flip” home run ball, which sold for a reported $28,000 US at auction back in February.

Much like Tulowitzki, Bautista’s playing days are likely over, which means that fans can begin wondering when his name will be enshrined on the Level of Excellence at Rogers Centre.

John Gibbons will go down as one of the very few managers in Major League Baseball to make a second tour with the same club. He was fired midway through the 2008 season, only to have Alex Anthopoulos re-hire Gibbons for a second stint with the Blue Jays starting in 2013.

Gibbons left his manager’s chair with the second-most games managed in Blue Jays history and has two playoff appearances to show for it. Technically, Gibbons was under contract to manage the team for the 2019 season, but the team parted ways with him near the end of the 2018 campaign.

The man affectionately known as “Gibby” is in between jobs at the moment. “I am pretty good at doing nothing. I’ve adjusted well, put it that way,” he told TSN 1050 in a recent interview.

Although he never officially closed the door on his playing career, Mark Buehrle is essentially retired. Over the last few years, he’s been spotted in the stands at the odd Chicago White Sox game and this past year, he celebrated the 10th anniversary of his perfect game with the White Sox.

Who would’ve guessed that of all the members in that Blue Jays-Marlins blockbuster trade, Buehrle was the most valuable of the bunch for the Blue Jays?

The man who caught nearly every fly ball in centre field for four seasons found a new home in San Francisco earlier this year. Kevin Pillar was dealt to the Giants and continued to make highlight-reel catches for fans in the Bay Area. The 30-year-old outfielder has seen a slight uptick in his numbers playing for the Giants in 2019.

Marco Estrada has the distinction of being the last pitcher who made a start for the Blue Jays in the playoffs. Once he walked off the mound during Game 5 of the 2016 ALCS, the Blue Jays haven’t had a taste of October baseball since. Estrada spent a few more years in Toronto before signing with the Oakland Athletics this season.

He’s been limited to five starts with the A’s this year because of a nagging back injury. Estrada is on a rehab assignment but might not rejoin the Athletics until later this year, as they attempt to make the playoffs for a second consecutive season.