Starting this Friday and running for 10 days and 10 nights, from April 11 to 20, the World Ski and Snowboard Festival (WSSF), will host a high-energy combination of world class ski and snowboard competitions, the largest annual free outdoor concert series in Canada, visual arts mega-productions, film premieres, community events and an endless lineup of parties. 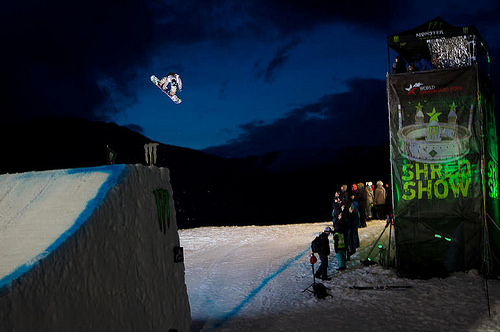 Be prepared to be blown away by the level of athleticism at this year’s WSSF. From April 12 to 14, snowboard fans can get stoked on the Monster Energy Shred Show, featuring Slopestyle, Big Air, and Boarderstyle competitions. Skiing enthusiasts will enjoy the Association of Freeskiing Professionals (AFP) World Championship from April 18 to 20, featuring the Samsung open Slopestyle and the Gibbons Life invitational Big Air.  All ski and snowboard events are free, although events on-hill require a valid Whistler Blackcomb lift ticket to access the mountain. 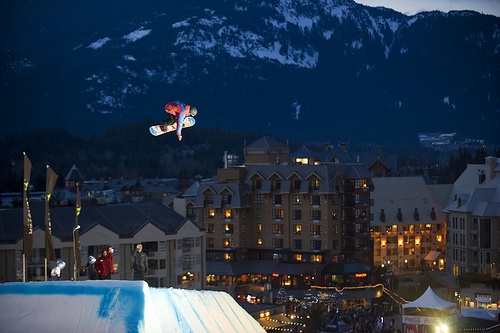 When the daily sporting events wind down, WSSF has a slew of après parties to keep you amped into the evening. Boasting the largest free outdoor concert series in Canada, the World Ski and Snowboard Festival features daily live music in the Skier’s plaza throughout the festival. This year, hip hop legends De La Soul perform the afternoon of April 12, with Glitch Mob closing down the night at 9:00pm, following the Shred Show Big Air.

While in the village, make sure you check out the free Skullcandy State of the Art exhibitions at the Whistler Conference Centre Grand Foyer- open daily- showcasing works of art inspired by life in a mountain town. For photo and film fanatics there are a handful of competitions and screenings that are always a highlight of the festival, including Intersection presented by Bromely Baseboards, the Olympus 72hr Filmmaker Showdown, and the Olympus Pro Photographer Showdown.

An electrifying late night dance party presented by Electrostub will cap off the 10-day festival on April 19, called The END, at the Whistler Conference Centre. It features an incredible line-up of DJs to lay down the soundtrack to the ultimate season-ender sendoff. This year’s DJs include Skratch Bastid, Mat The Alien, Sleepy Tom, and Rusko.

All of this can’t happen without the help of  over 300 volunteers, and there are still spots available to volunteer on the front lines of the festival. Apply here.

The World Ski and Snowboard Festival has been rated one of the top Snow Festivals from media all over the world including, The Toronto Sun, The Brisbane Times and the UK Telegraph.

For tickets and event schedules, visit the World Ski and Snowboard Festival.