Here’s a full list of your 2014 Jessie Awards Winners! Congratulations to all winners and nominees! 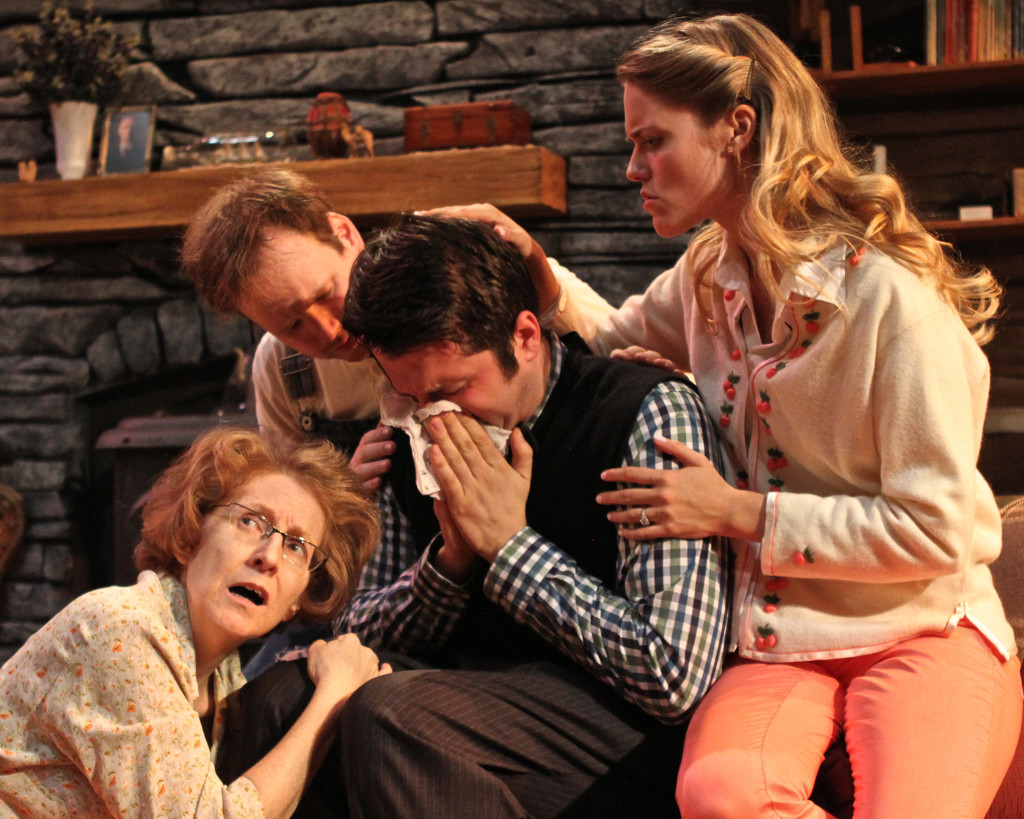 Outstanding Performance by an Actor in a Lead Role
John Voth, The Foreigner (Pacific Theatre)

Outstanding Performance by an Actress in a Lead Role
Colleen Wheeler, Elizabeth Rex (Bard on the Beach)

Outstanding Performance by an Actor in a Supporting Role
Peter Carlone, The Foreigner (Pacific Theatre)

Outstanding Performance by an Actress in a Supporting Role
Erla Faye Forsyth, The Foreigner (Pacific Theatre) 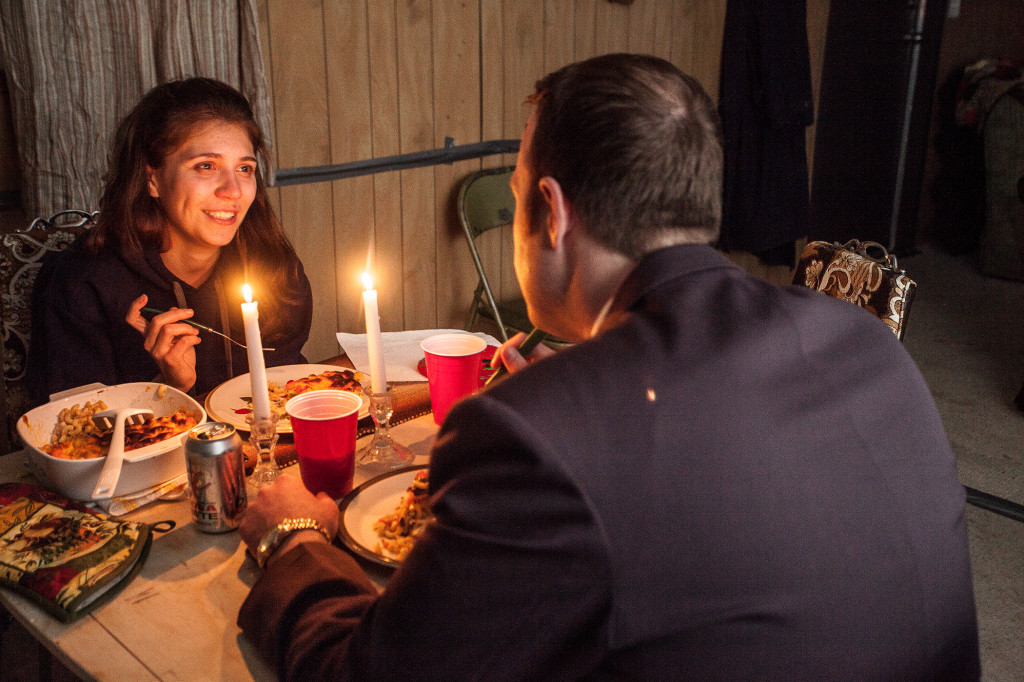 Outstanding Performance by an Actor in a Lead Role
Bob Frazer, Whose Life is it Anyway? (Realwheels Theatre)

Outstanding Performance by an Actor in a Supporting Role
Alec Willows, Of Mice and Men (Hardline Productions)

Outstanding Direction
Richard Wolfe, Inside the Seed (Up in the Air Theatre)

Outstanding Original Script
Jason Patrick Rothery, Inside the Seed (Up in the Air Theatre) 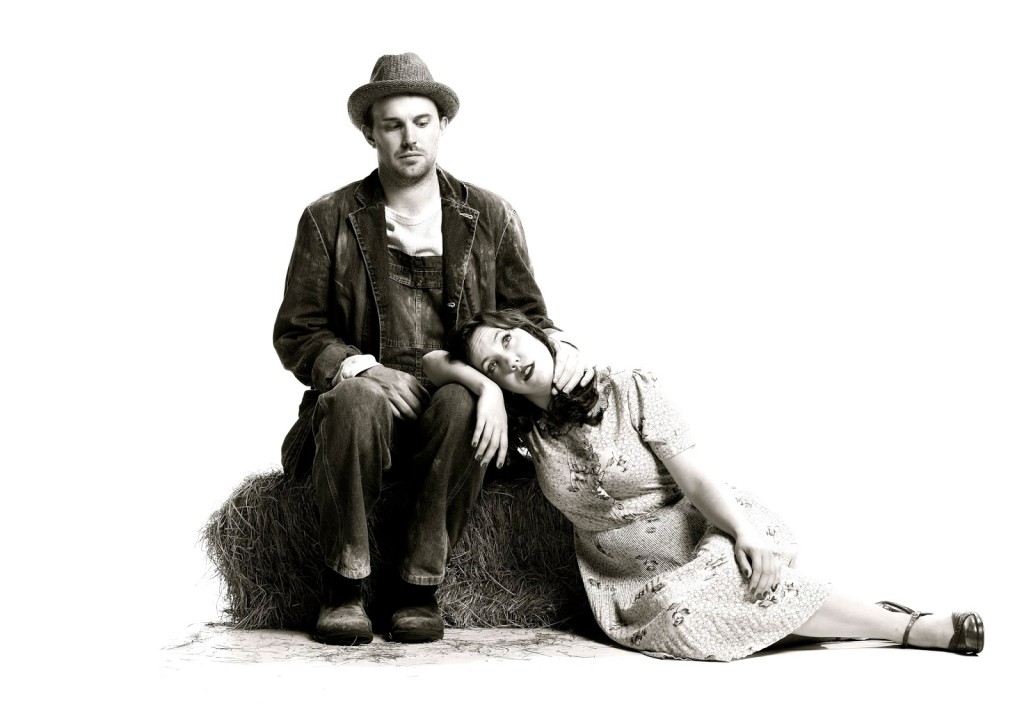 Of Mice and Men. Pictured: L-R: Sebastian Kroon as Lennie and Christine Quintana as Curley’s wife.  (Photo by David Cooper.)

My interests lie in indie theatre, so many of the plays I saw this year are from the Small Theatre section.

Thoughts on Large Theatre: I can attest that lighting design for Floyd Collins was amazing, as was the entire set – easily the best parts of an otherwise rough and souless show. I also caught Pacific Theatre’s The Seafarer, and while a good all-rounder, I don’t think it was spectacular. Then again, perhaps this year’s nominees for outstanding production play didn’t rise up to the challenge. Looks like I should have placed my bets on Pacific Theatre’s other major winner of the night – The Foreigner. Also on my ‘must watch’ list, in bold, this year’s outstanding production musical winner Avenue Q. Thankfully The Arts Club is bringing this back next season.

Small Theatre: I’m so glad to see Of Mice and Men receive the props this production deserved in the actor in a supporting role and outstanding sound design categories. It was the first review I wrote for Vancity Buzz, and to this day, it still sticks with me. I haven’t seen that attention to sound performed again on the Vancouver stage, so big kudos to Matthew MacDonald-Bain and Malcolm Dow for creating a magical world. I would have thought Sebastian Kroon as Lennie was a sure thing for actor in lead role, as he was absolutely stunning to watch. It’s too bad about the double nomination for Killer Joe for actress in a supporting role, but I think the judges picked the right actress. Meaghan Chenosky’s depiction of loopy, not-quite-there woman-child was a good highlight of that show. While Killer Joe deserves its title of outstanding production, if you were to look at sheer ‘gut factor,’ I would’ve gone for Of Mice and Men.

Still, having so many strong, bold young companies constantly pushing themselves and the audience is a happy, happy thing.