The Small Business Profile is a statistical report highlighting the major role that small business plays in B.C. and its impact on job creation, economic investment, exports and contributions to the province’s gross domestic product.

Highlights from the 2013 profile: 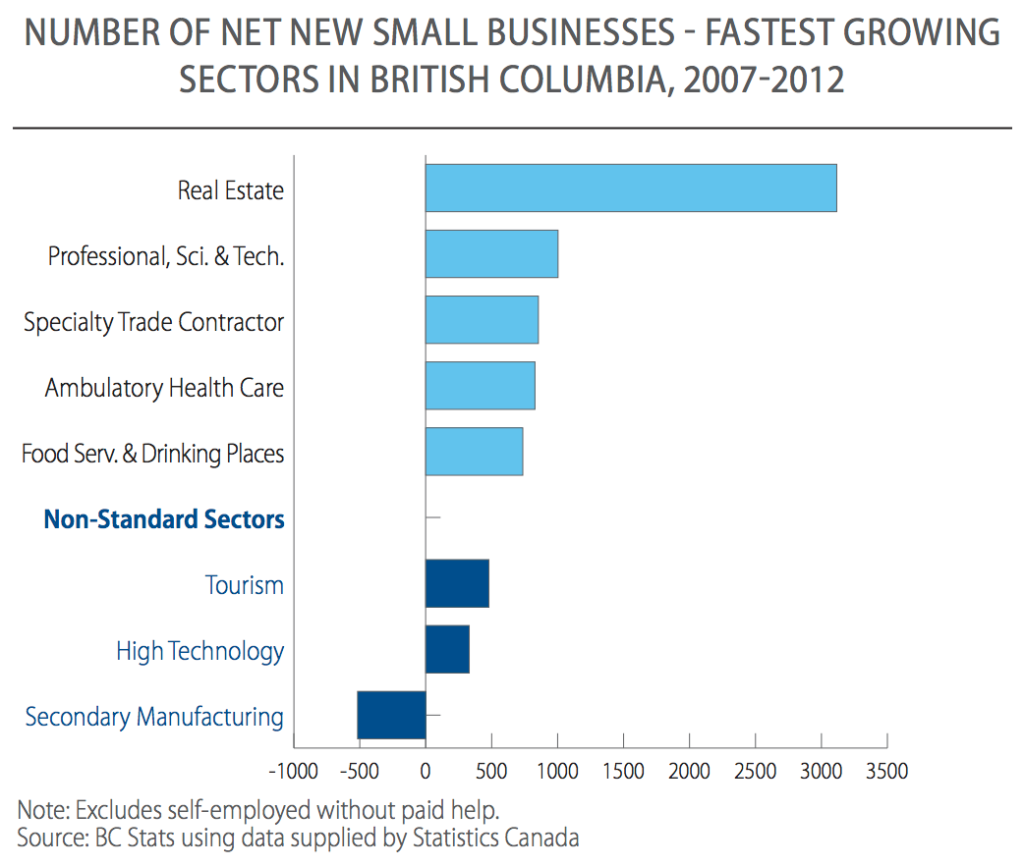 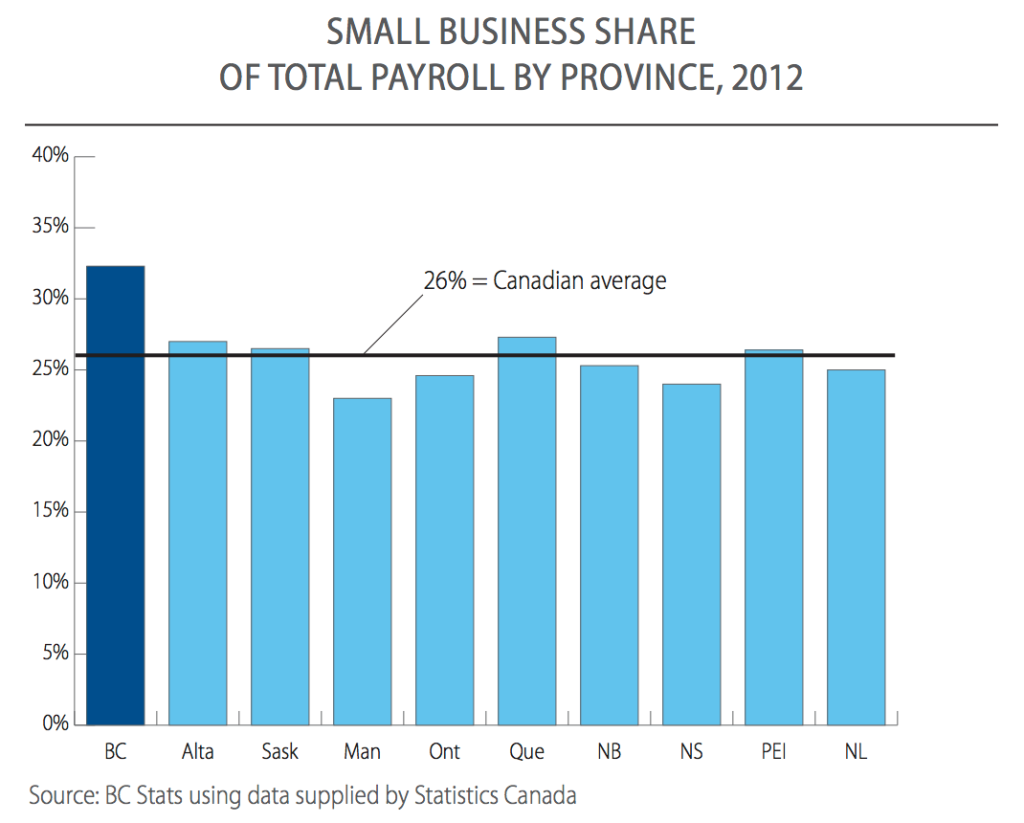 The Small Business Profile is produced by the B.C. government and BC Stats and is released during Small Business Month each October. The profile, which includes success stories from small-business owners throughout the province, is posted online. A special version is available for mobile devices.

“Business is the economic engine of our province, and small business is the fuel,” said Naomi Yamamoto, the Minister of State for Tourism and Small Business. “The 2013 Small Business Profile clearly demonstrates that small business is a significant contributor to B.C.’s economy, and I want thank the thousands of small-business owners in British Columbia who employ more than one million British Columbians.”

According to Vancouver Mayor Gregor Robertson in 2011, “Vancouver has the most entrepreneurs per capita of any city in North America.”