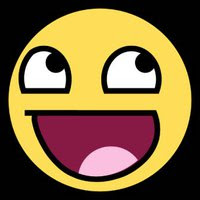 Patrick Maliha and The Legion of Stand-Up Comedians (sounds like a super hero squad or something) present Vancouver’s largest comedy competition, The People’s Champ Comedy Competition. and trust me it has nothing to do with The Rock. It’s going down right now through August 22nd. It features 60 comics (including everyone’s favourite Donovan Mahoney aka @donovanpee), 9 weeks of competition, 4 different venues and a $2000 grand prize!

Each week will feature amazing shows featuring some of Canada’s top comics and fantastic up-and-comers. Venues will be:

Tickets are available at the door. Each week will have a professional MC hosting the event and as an added bonus surprise guests will be dropping in to close up the shows.

Voting will be done by the audience via single transferable vote (STV). Amazing prizes for audience members and competing comedians provided by 104 The Shore FM Radio and the DreamWorks Pictures upcoming comedy release “Dinner For Schmucks”.

Don’t miss an opportunity to attend Vancouver’s largest comedy competition ever! Never before has one competition spanned so many venues over 9 weeks.