During its run, the satirical late-night show won numerous awards for its portrayal of a hard right conservative pundit – essentially, a parody of Fox News personality Bill O’Reilly.

Colbert’s character began when he was a correspondent on The Daily Show With Jon Stewart, which later received a spinoff that was created by Jon Stewart himself. “My character is self-important, poorly informed, well-intentioned but an idiot,” Colbert said of his alter-ego. “So, we said, ‘Let’s give him a promotion.'”

With the grim reaper as The Colbert Report’s final guest, it is assumed that the character will die off tonight after the show goes off the air. Colbert will takeover The Late Show on CBS in May 2015 after David Letterman retires.

For Vancouverites, one of the fondest memories of the series was likely when Colbert made a visit to Vancouver during the 2010 Olympic Winter Games to record a week’s worth of episodes for his show.

In order to adhere with the International Olympic Committee’s television rights policies, The Colbert Report dubbed its Vancouver 2010 special as the “Exclusive Vancouverage of the 2010/Quadrennial Cold Weather Athletic Competition/Defeat the World! ”

Here are some nostalgic highlights of his visit to Vancouver:

Stephen Colbert had a unique “fireside” chat with Bob Costas, held at NBC’s broadcast studios inside the Vancouver Convention Centre.

This was the set of The Colbert Report… he even brought in some much-needed snow. 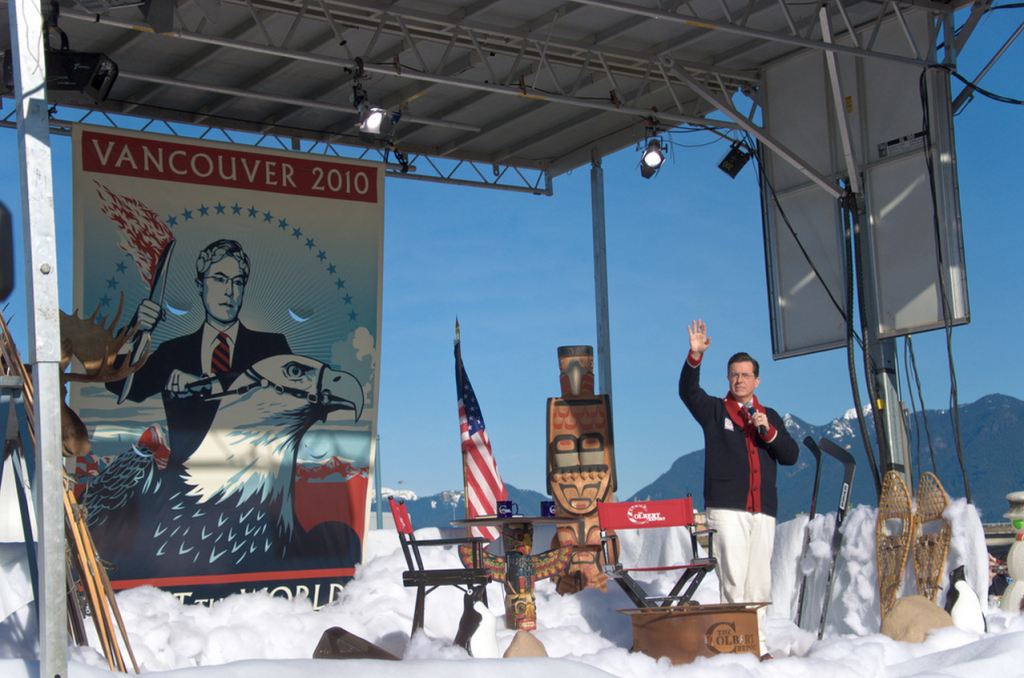 “It’s 11:30 at night and the sun’s still shining – and they wonder why there’s no snow here,” Colbert shouted while recording the show’s opening. 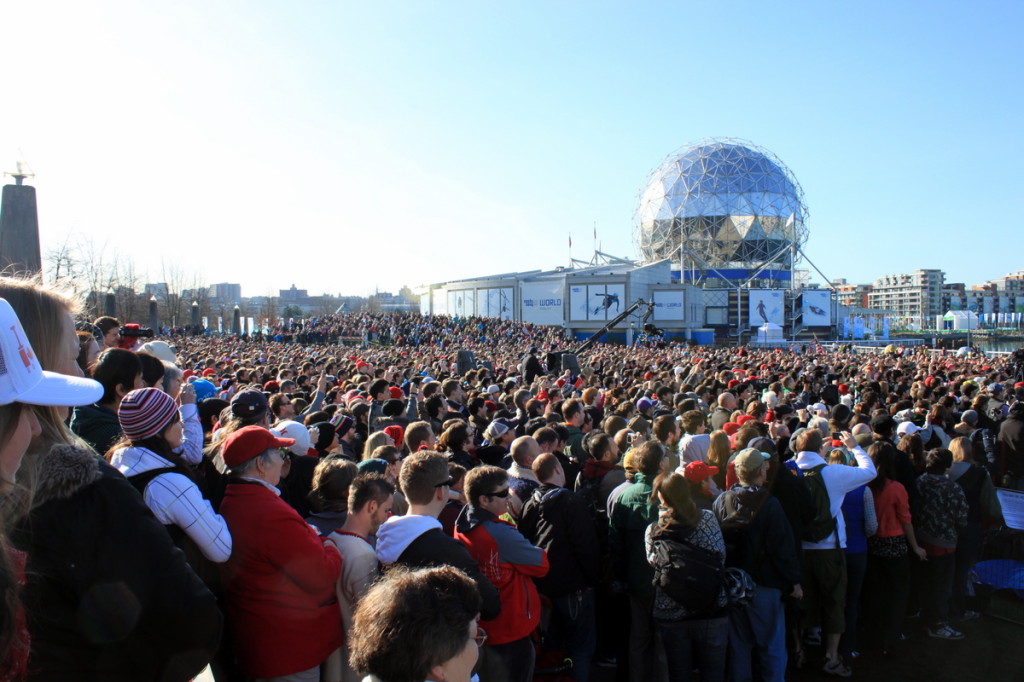 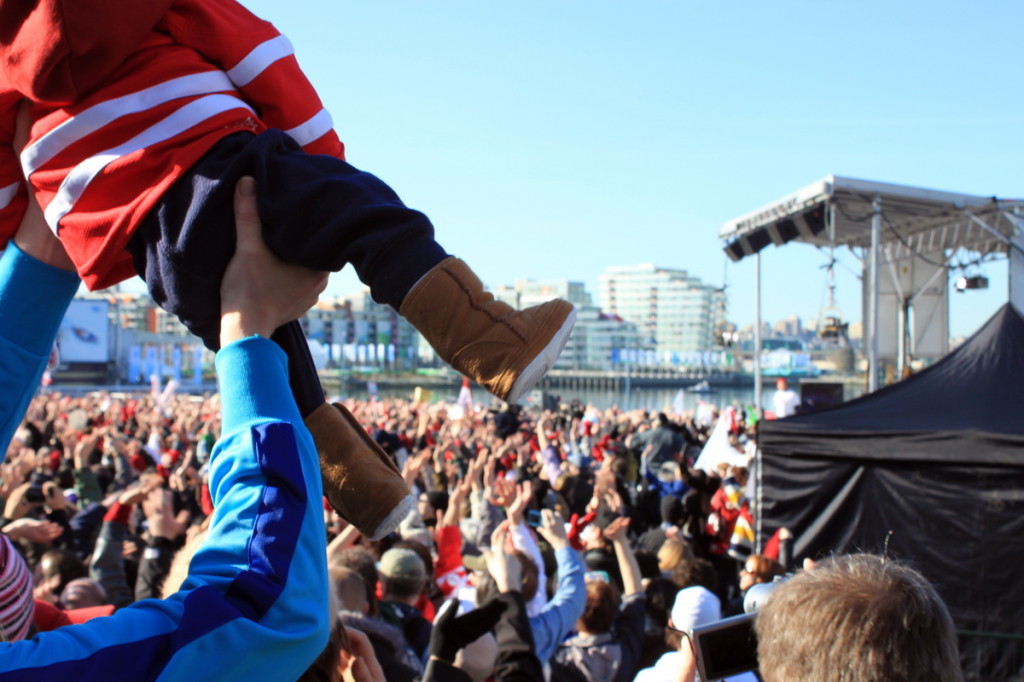 When in Canada, lift a stuffed beaver over your head. 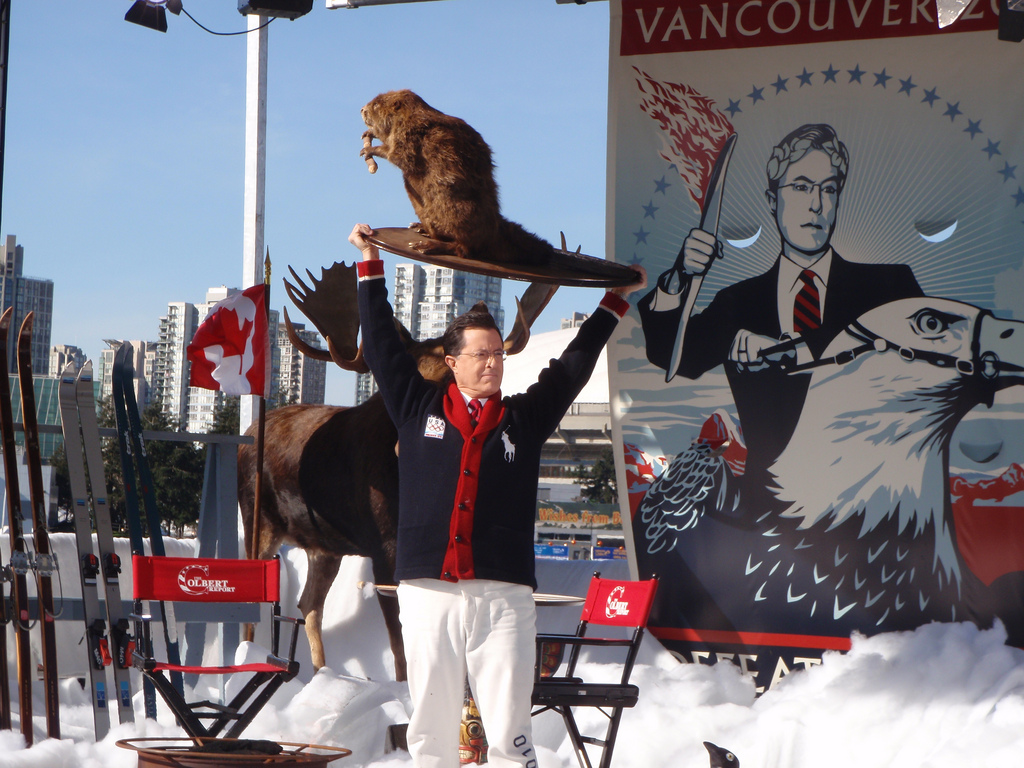 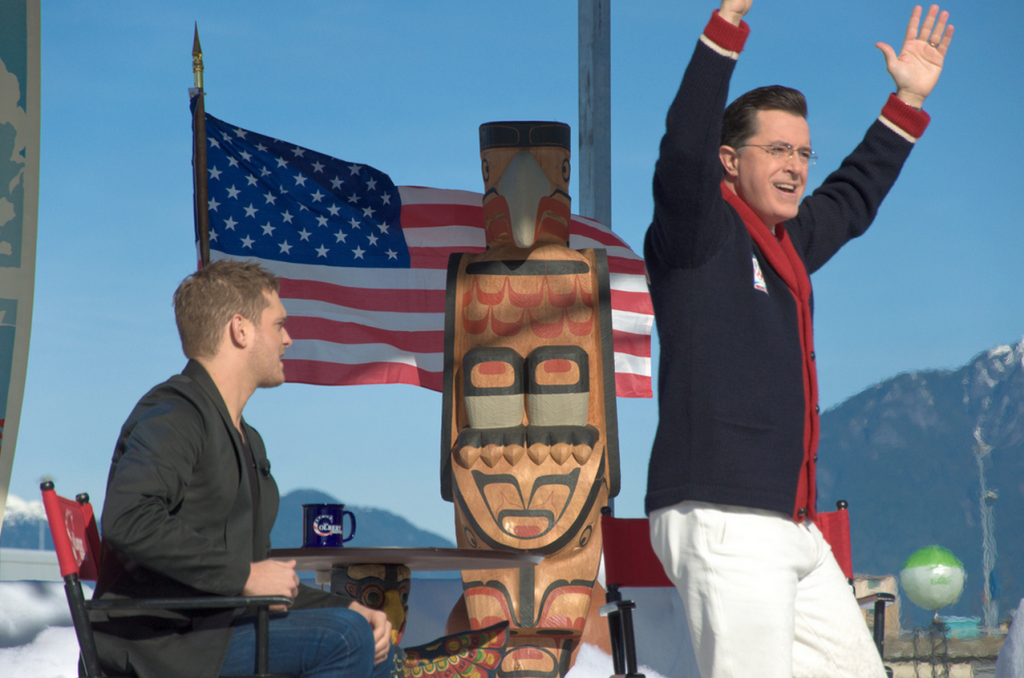 … and they finished up by singing ‘O Canada’ to the tune of the ‘Star Spangled Banner.’

Colbert interviewed Vancouver South’s Member of Parliament Ujjal Dosanjh in his one and only Better Know a Riding segment – a one-time Canadian version of his recurring Better Know a District segment. 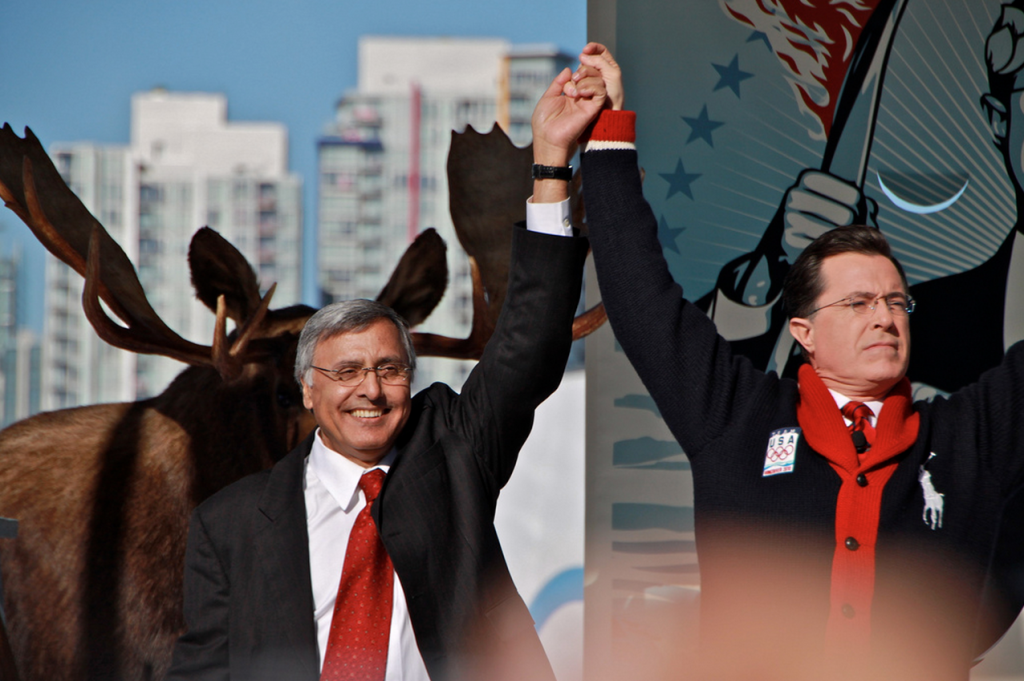 An Olympic torchbearer in the crowd passed her torch to Colbert after he asked whether he could borrow it as a prop for the show’s opening. 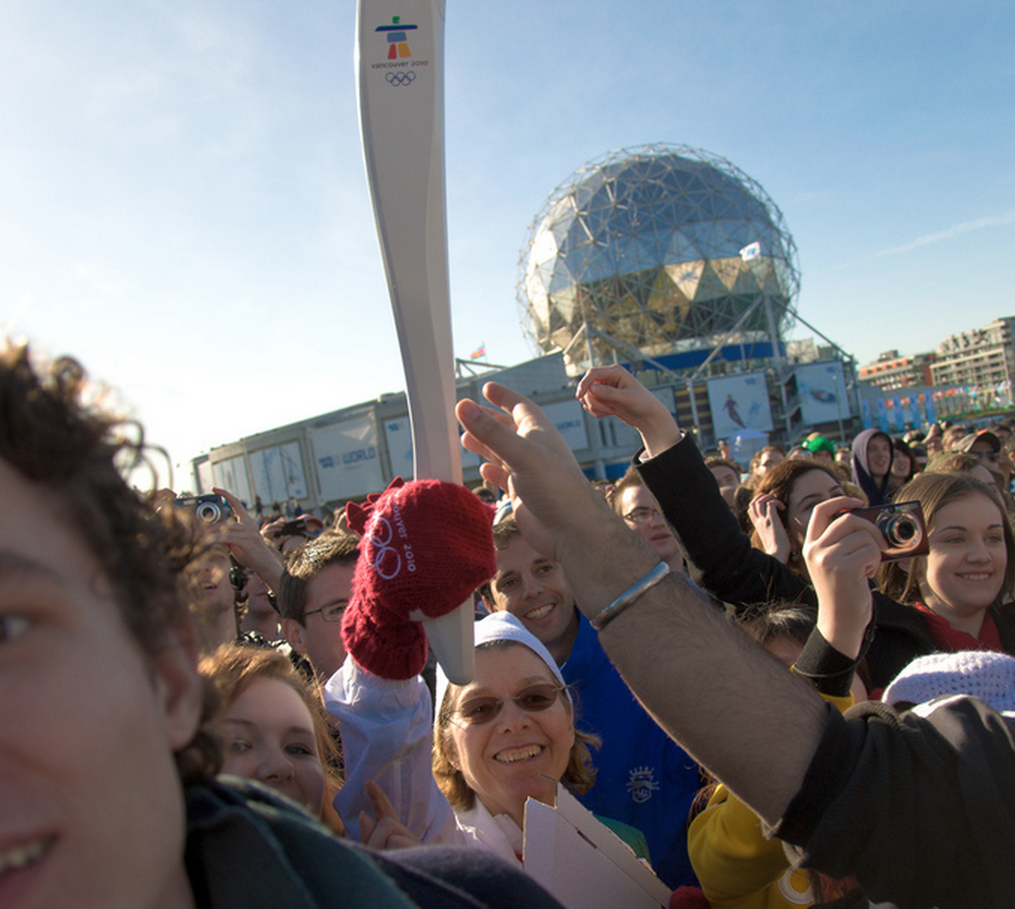 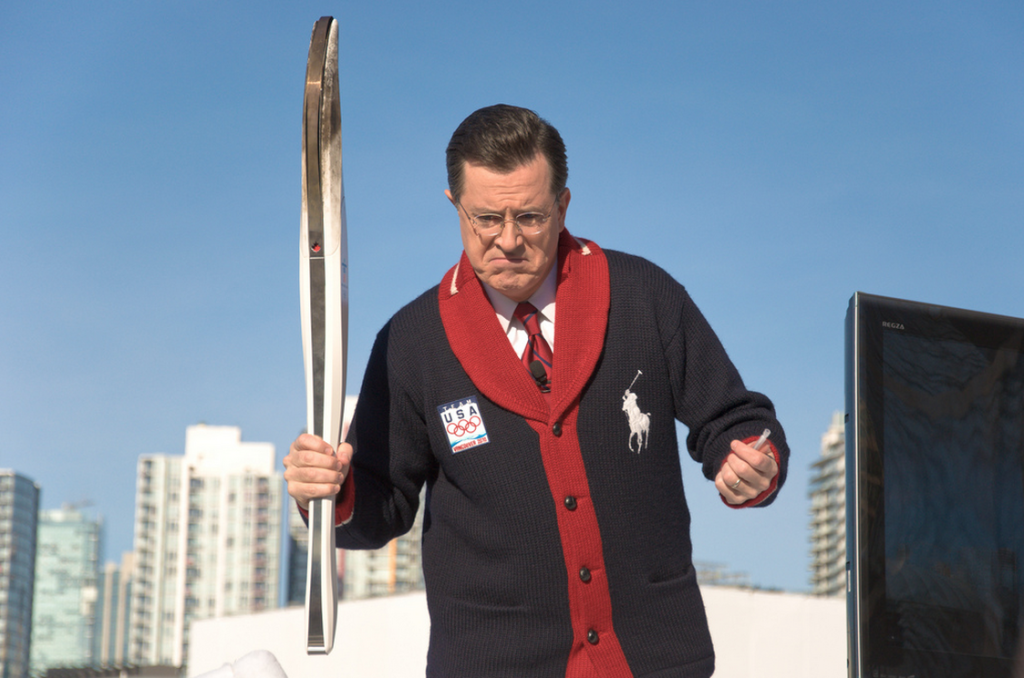 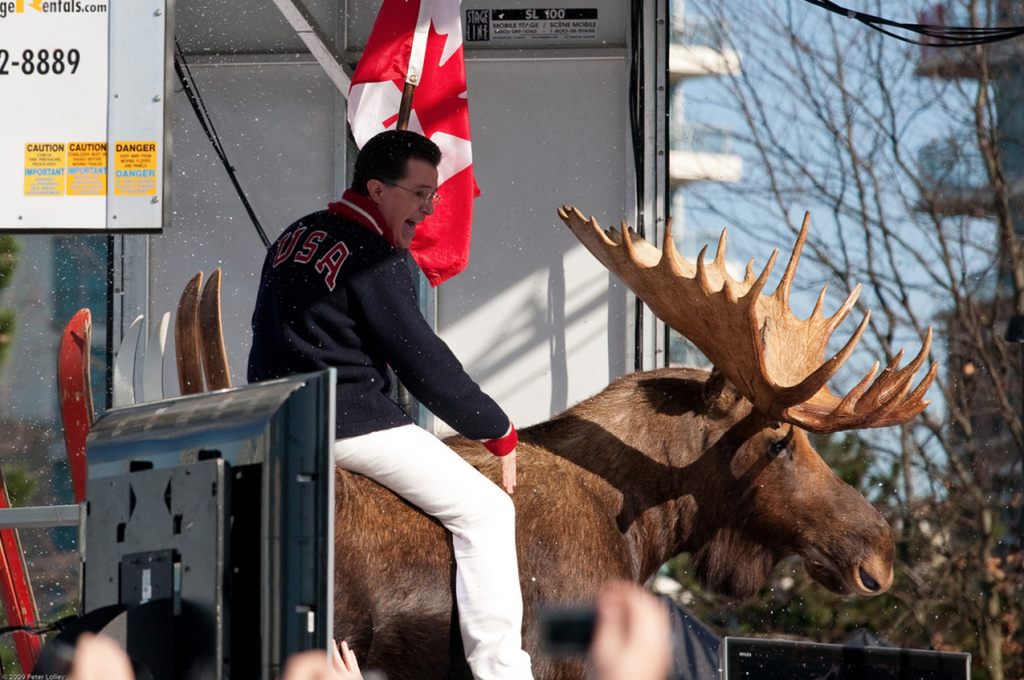 Even with his insanely tight schedule, it was obvious that he appreciated his Vancouver fans.

Colbert made a special visit to Vancouver’s LGBT Pride House…

… where he pointed out a very major typo on their Olympic-themed LGBT posters. 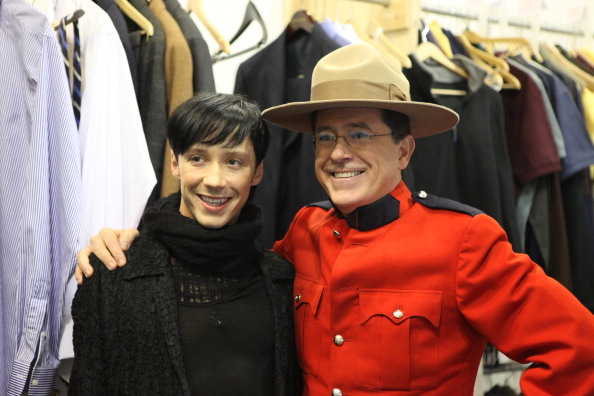 Colbert had anxiety issues while watching the American speedskating team compete at the Richmond Olympic Oval. Prior to the Games, his viewers bailed the team to the tune of US$300,000 when one of their sponsors dropped out. 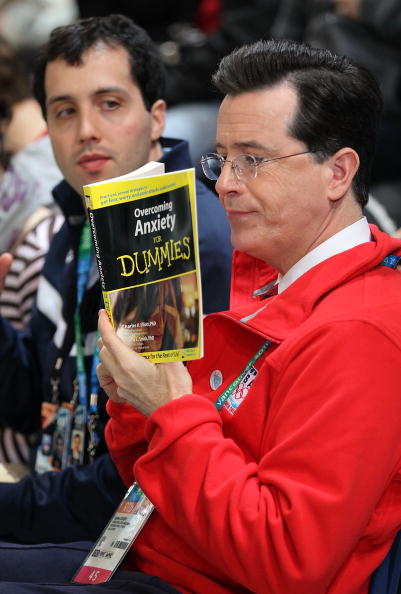 We now know skates can be used to spread condiments and to slice a sandwich in half. 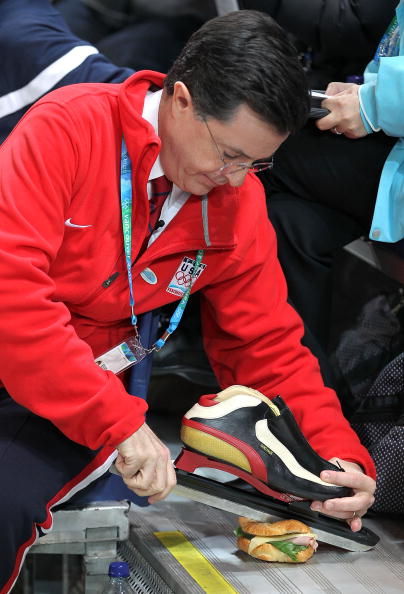 This epic ‘Defeat The World’ poster was made to get Vancouverites excited about the free tapings. 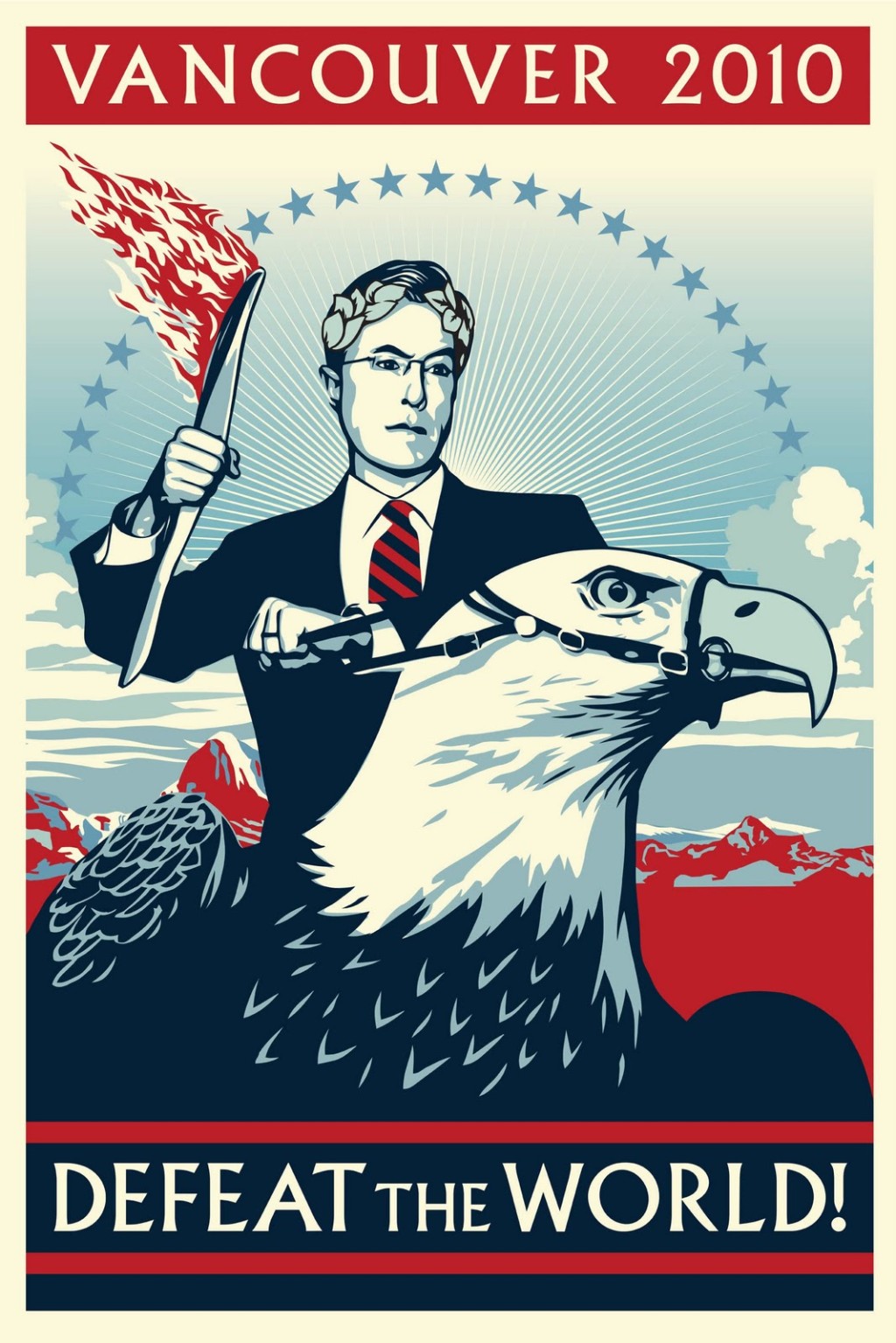 It was plastered everywhere… 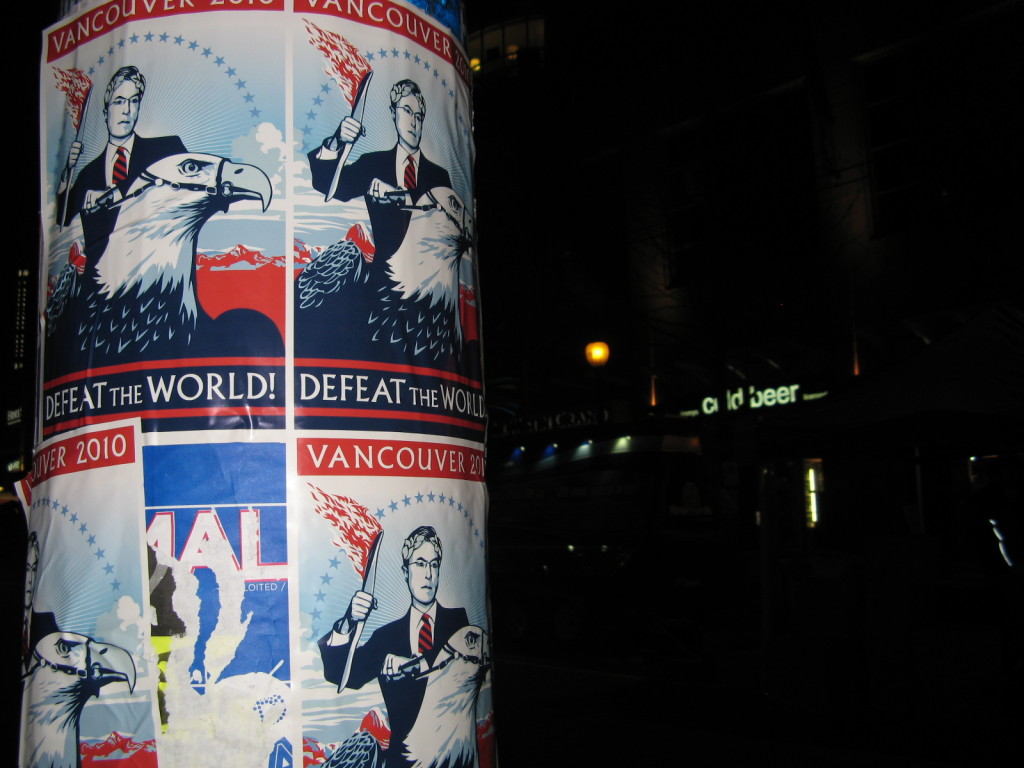 … and it provided the inspiration for this. 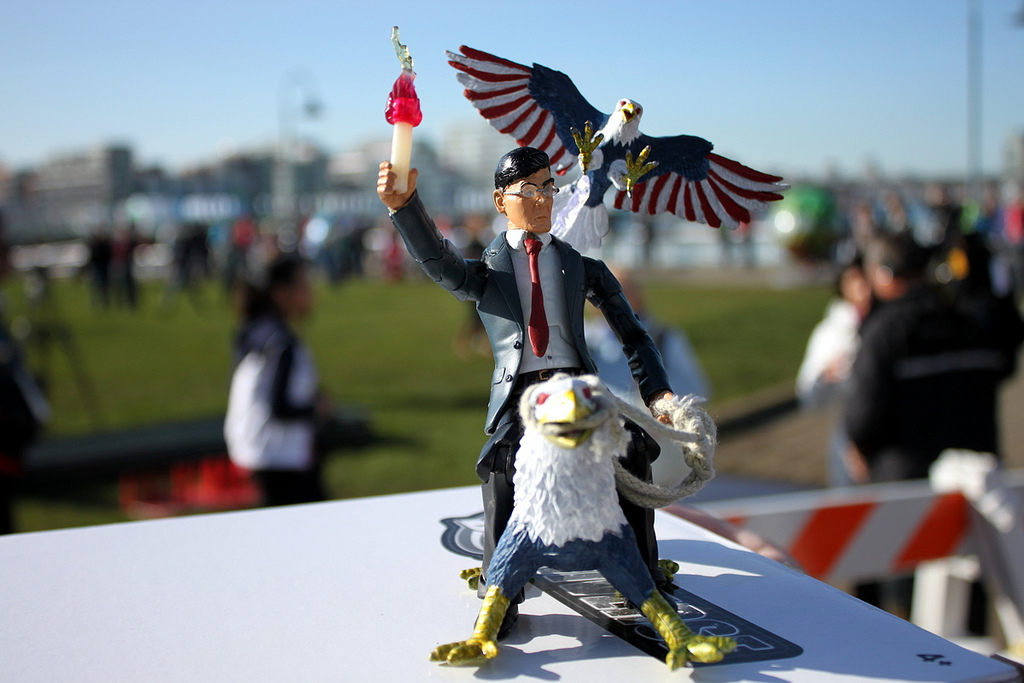 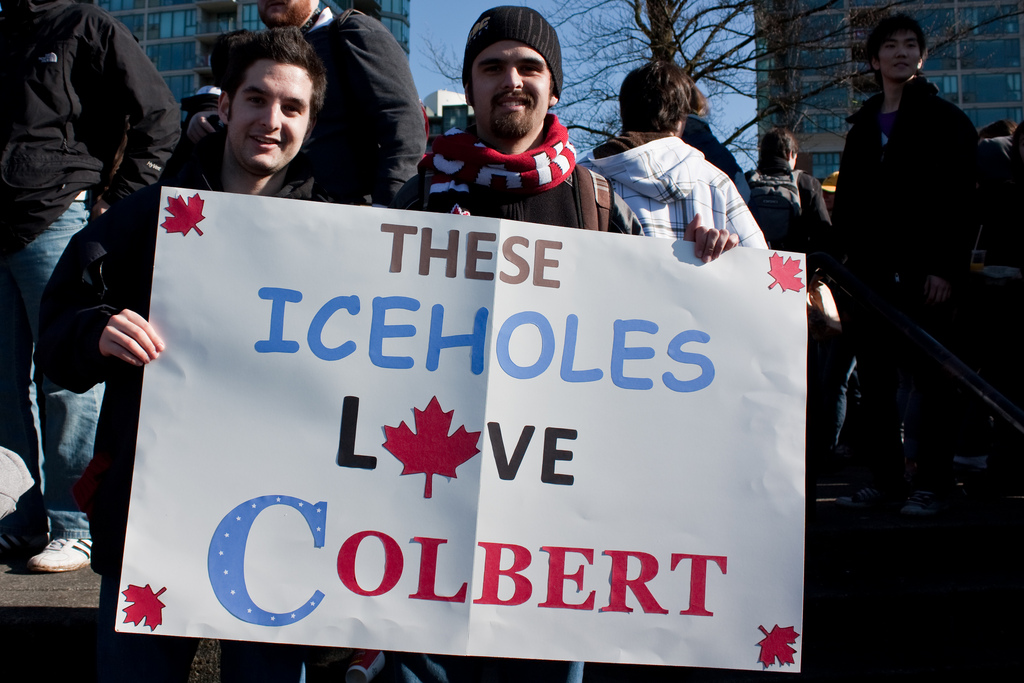 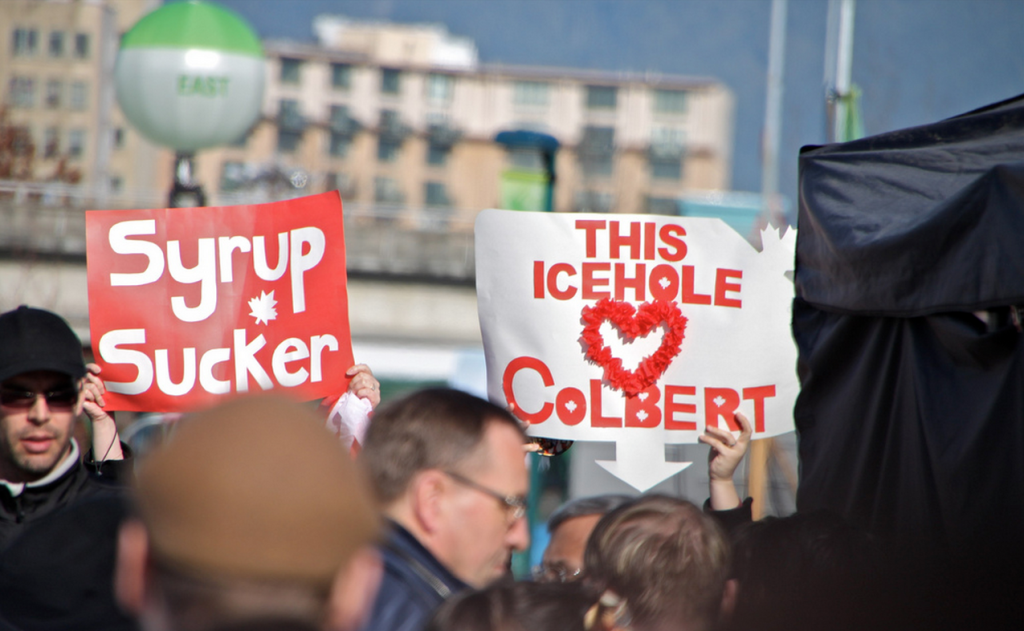 We, the iceholes and syrup suckers of the north, will be watching you on The Late Show in 2015!