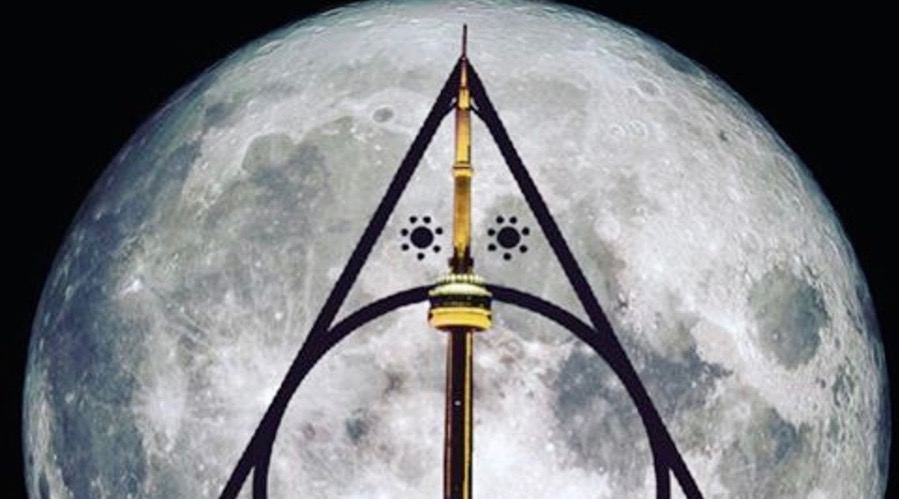 The 2013-14 NHL season will mark the 20th anniversary of the amazing run to the finals for the underdog Vancouver Canucks. That year marked the first time that the NHL adopted conference seeding for the playoffs (they will return to the divisional format this season).

The Canucks had Pavel Bure, Trevor Linden, Kirk McLean as their leaders and were aided by Pat Quinn who sought out Craig Janney from St.Louis, only to have Janny refuse to report, then traded him back to the Blues for Jeff Brown, Bret Hedican and Nathan Lafayette. The team struggled to stay above .500 during the season, and ultimately finished with a record of 41-40-3 good for 85 points and the seventh seed in the West. The rest, as they say, is history.

Since the 1994 finals, the Canucks have made it back just once. If you look at each teams playoff run, there are many similarities. One being the douchebags in this town who decided it would be “cool” to break windows and cars in their own city just because our hometown team lost a hockey game. Lets forget about them for awhile and focus on the actual hockey. Both teams will forever be remembered for what they did and didn’t accomplish.

Here is a comparison of significant moments, both good and bad for the teams that the Canucks faithful will always remember.

The 1994 Canucks were HUGE underdogs going up against the star studded Calgary Flames. It was a bonus for them to be in the playoffs and the city really had no expectations. Once the Flames took a commanding series lead the general thought was “thanks for the season fellas.” Not so fast. Geoff Courtnall ripped a shot from the left wing over Mike Vernon in overtime of game five, and Trevor Linden scored this goal in game 6 to force a deciding game seven.

The 2011 version of our home team was different. They finished 20 points up on the defending champion Blackhawks after those F$%%”/% sent us home for the two seasons prior.
After taking a 3-0 series lead, the stacked Canucks seemed to be well on their way to round two. `Hawks captain Jonathon Toews said after game three that they hadn`t yet exposed the Canucks for what they really were. They went on to destroy Vancouver in games four and five, outscoring them 12-2 which led to Cory Schneider (remember him?) being summoned to start game 6. Schneider left the game with an injury and Roberto Luongo was in net for the OT winner by Nick Hjalmarsson setting the stage for game seven between the bitter rivals.

GAME SEVEN (round one)

Game seven in the NHL playoffs is the most exciting game of any sport. The tension is through the roof and the teams are playing with every last bit of energy they have and these two games were no different. Both Canucks goalies had significant moments during these to keep their teams hopes alive.

You could sense the hometown Flames fans getting restless as the overtime session was beginning after the teams were tied at three through regulation. In the first overtime, Theoren Fleury came in with the puck on a three on one for Calgary, and everyone in the building stood. You watched helplessly as he skated down the right side, expecting the worst. As the puck slid across the ice on a perfect pass to Robert Reichel, the sentiment from Canucks fans was “oh well” and then Captain Kirk went and did this (sorry 90s babies, us 80s babies grew up without glorious high definition). After what is now known as “the save” the Canucks bounced back and won on this goal by the Russian Rocket, which still goes down as the greatest goal in franchise history. (Listening to Jim Robson’s call still gives any Canucks fan chills to this day).

The 2011 game seven had a completely different feel. Our team was the best in all of hockey that season, and with Chicago roaring back to force a deciding game, the entire city was on edge. After Alex Burrows gave the ‘nucks a 1-0 lead in the first, the game settled into a hard fought, defensive game where chances were hard to come by. Burrows would have a chance to make it 2-0 just 21 seconds into the third on a penalty shot and missed. Then with just over three minutes left in the period, Duncan Keith, the NHL’s undercover goon, took a penalty and Canucks’ fans thought the game was over. Of course, being a Canucks’ fan comes with knowing that nothing ever comes easy. Toews scored shorthanded with 1:56 remaining, sending the city into full panic mode. In the first overtime, Alex Burrows was involved yet again, taking a penalty, which led to Roberto Luongo coming up huge with a save on Patrick Sharp. A few minutes later, Burrows (who else?) stole the clearing attempt by Chris Campoli and slapped the puck past Corey Crawford, allowing us all to rejoice and, finally, exhale.

Both Canucks’ teams won their second round series rather handily. The ’94 team beat the Dallas Stars four games to one, and were helped by the NHL not suspending Bure for this nasty hit on Shane Churla. The 2011 Canucks went on to beat the Nashville Predators after Ryan Kesler turned into Superman, scoring 11 of the Canucks 14 goals in the series. His most memorable highlight was this sick goal in Nashville, followed by one of the coolest two second celebrations ever.

Winning the conference in Overtime

The ’94 Canucks played the hated Maple Leafs in the conference final. Can you imagine what the mood would be like if they met in the finals today? The Leafs won game one and the Canucks stormed back to win three in a row. Game five was in Vancouver and was tied at three after four periods of hockey. Then, just 14 seconds into the second OT Greg Adams! Greg Adams! Adams! scored on Felix Potvin, sending the Vancouver Canucks to the finals for the second time in history. John Shorthouse is great, but can a scientist please make a clone of Jim Robson, strictly for his voice?

The 2011 Vancouver squad played the San Jose Sharks in their conference final. The Canucks took a 2-0 series lead and the Sharks won game three at home. Game four was played at noon Pacific and Sami Salo showed why his slapshot is nasty, leading Vancouver to a 3-1 edge. Game five was close all the way through and San Jose was up 2-1 in the final minute. This moment has been underrated cause we all know how it ended, we just forget how it got to OT. Ryan Kesler scored with just 14 seconds to go, tying it up (the fans reactions are awesome). In the second OT Kevin Bieksa scored on this weird goal, and forever brought the word ‘stanchion’ into our vocabulary.

The Canucks were massive underdogs against the Rangers in the ’94 final. After going down three games to one once again, the team never gave up and came back to force a deciding game seven against the heavily favoured New York team that featured hall of famers Mark Messier, Brian Leetch, Kevin Lowe, Steve Larmer, Adam Graves and Mike Richter. Even though New York went up 2-0, this team had you feeling that it could comeback from anything. After all-time Canucks hero Trevor Linden scored his second goal to bring the Canucks within one at 3-2, the feeling was they would do it. Nathan Lafayette had this wonderful chance to tie it, only to hit the iron, and with that the Rangers won their first cup in 54 years.

The 2011 Canucks went into their game seven under entirely different circumstances. After taking 2-0, and a 3-2 series lead, the pressure was squarely on them. They were the best team in the NHL by a country mile that season. One win away from fulfilling what seemed to be their destiny, the team melted under the pressure and lost to a Bruins team that deserved to beat them. It was suppose to be different this time around. The cup deciding game in their arena, with their fans, a place where they hadn’t lost all series. When Patrice Bergeron scored the opening goal, the sinking feeling came in. As a fan, your duty is to believe, and cheer for your team, which is what we all did. That feeling just wouldn’t go away. When Brad Marchand scored to make it 2-0 Bruins in the second, it was a formality. How could it go wrong for this team? The Bruins hoisted the cup, and these Canucks have won one measly playoff game since.

These teams will always be regarded in two entirely different ways. The 1994 version will be revered for taking us on a journey that we will never forget. Every game past round one was a bonus. Just look at this video from the Canucks fan appreciation day in 1994. 40,000 people turned up to thank them for providing us with a great ride from a bunch of guys no one expected to take us. The 2011 team will forever be known for disappointing their faithful. Making the Stanley Cup Final is a great accomplishment for most teams, not this one. 40,000 fans would turn up to BC Place to question this team to know what the heck happened during that final.

Both teams provided us with a lifetime of memories during their respective run for immortality. The biggest difference between the two was expectations.The ’94 version were a couple of all-stars combined with a rag-tag group of NHL’ers who won us over, while the 2011 squad will forever be known as the star studded team that didn’t shine bright enough.