Living in Vancouver, you’ll quickly realize we’re very different from the rest of the world. Here’s 19 things you can only get away with here, and only here.

1. This customer’s excuse for changing their pizza order.

2. Which could have been for a large THC-infused one.

3. Wearing leggings* for any and all occasions.

4. This sign from the North Vancouver park district trying to appeal to the young folk.

7. And with provincial ads.

9. A naked devil statue that erected out of nowhere. Still remains a mystery today. 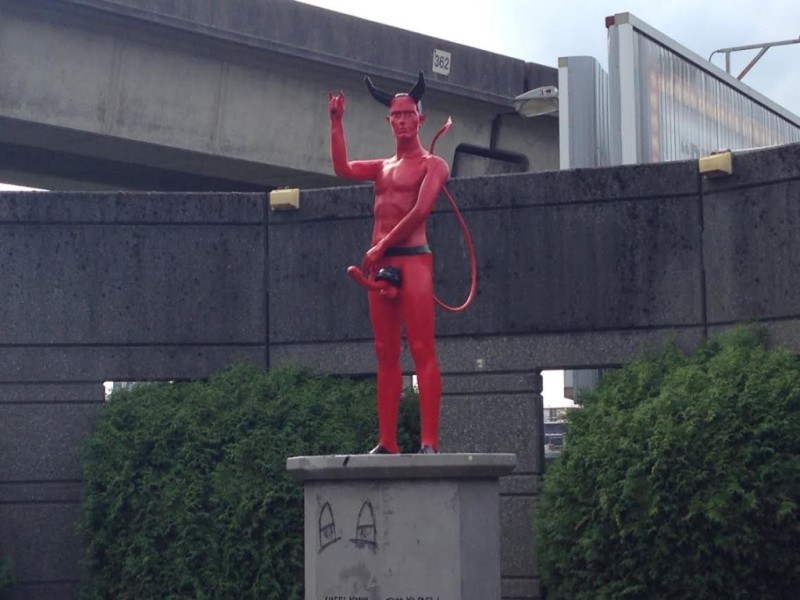 Famously known as the “Green Men”.

12. …hanging out by the players’ penalty box…

14. …and getting Vince Vaughn involved.

15. Planting a tree at the very top of an apartment high-rise.

Only in Vancouver would they think to pre-fab their Halloween pumpkin! #trickortreat pic.twitter.com/TORxowZFw9

19. And ginormous weed advertisements. That are, of course, on bikes.